3 hours ago
Carbon and Conservation
2 months ago
When the Sky was a Different Colour
2 months ago
The WTF: The Week This Friday Vol. 62
3 months ago
Can You Hear Our Earth Dying? – Journalism and the Environmental Movement
3 months ago
A Word from Our Founder, Time Flies – A/J Pilot Issue Revisited

The Alternatives team travelled from Kitchener, Ontario, to Ottawa on Tuesday, September 25 to join the on-going discussion about the role of science in protecting Canada’s environment – and the health of all Canadians – and to promote our current issue, which investigates some of 2012’s most controversial environmental debates.

The Alternatives team travelled from Kitchener, Ontario, to Ottawa on Tuesday, September 25 to join the on-going discussion about the role of science in protecting Canada’s environment – and the health of all Canadians – and to promote our current issue, which investigates some of 2012’s most controversial environmental debates.

We’d like to give a huge thank you to Sierra Club Canada, the Institute of the Environment at the University of Ottawa, and all of our panelists for making our Ottawa visit happen – and a success! We had a great trip, and look forward to using what we’ve learned and the connections we’ve made to continue delivering the most compelling environmental ideas and issues from across Canada.

Our trip included a morning press conference on Parliament Hill and afternoon panel discussion “In Defence of Science,” at the University of Ottawa. We also had a visit with Megan Leslie, NDP Environment Critic, held a reception for MPs in the evening (providing each MP who attended a one-year subscription to Alternatives), and dropped copies of our current issue for all Members of Parliament in the mailbox before we left! 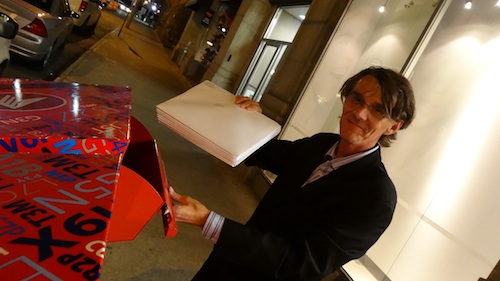 We had a great visit in the afternoon with Megan Leslie, Environment Critic and MP for Halifax, NS, who urges all Canadians to make their environmental concerns public. She told us very clearly that “science isn’t working, the evidence isn’t convincing them, the only thing left is public opinion.” Like petitions and letters, public participation is an important way of getting the attention of our elected officials, because it allows issues to be brought up in Parliament by individual MPs. So if you’re hosting or attending an event or engaging in community work on environmental initiatives, be sure to let your MP know what’s going on so they can pass on the news that their constituents are concerned about – and taking action on – environmental issues.

Panel Discussion: In Defence of Science

The panel discussion at uOttawa was a great success – thanks to everyone who came out and contributed to this fantastic discussion! You can watch the full video on YouTube, or check out the 3-minute highlights reel below, with the top take-aways from the press conference and panel.

Panelists from Trent, uOttawa, and Carleton explored the need for independent, untainted science to inform policies, laws and regulations – and how science can be effectively communicated to Canadians and translated into effective tools for environmental protection. Panelists included Dr. Robert Paehlke, Professor Emeritus at Trent University and the founder of Alternatives Journal; Dr. Adam Brown, Assistant Professor of Biology at the University of Ottawa; Dr. Scott Findlay from the Institute of the Environment and Associate Professor of Biology at the University of Ottawa; and Professor Kathryn O’Hara, CTV Chair in Science Broadcast Journalism at Carleton University. 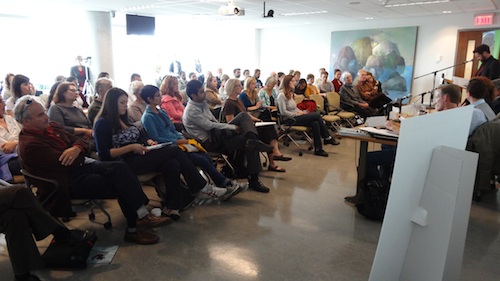 Allan Gregg, Canadian pollster, political advisor, and pundit, delivered a fantastic speech titled “1984 in 2012 – The Assault on Reason” at Carleton University earlier this month. His full notes for the speech are posted on his blog, and provide a thorough account of the situation that inspired our Ottawa field trip.

The Death of Evidence website is also a great source of information.