Director Carol Ann Weaver organized Sound in the Land 2014 – Music and the Environment with a simple purpose: “We hope to listen to the earth differently.” And so for three days people from around the world came together to listen to the Earth.

Director Carol Ann Weaver organized Sound in the Land 2014 – Music and the Environment with a simple purpose: “We hope to listen to the earth differently.” And so for three days people from around the world came together to listen to the Earth.

The participants were all there to demonstrate how their music was a part of and impacted by the global environment. Discussion topics ranged from the serious implications of climate change, to beautiful projects meant to connect both musicians and audience with the natural world around them.

The keynote speakers this year were both men of some renown. R. Murray Schafer is a highly accomplished Canadian composer, musician, and environmentalist. He coined the term ‘soundscape’ referring to the environment of sound that we live in. This term came out of his research in acoustic ecology, a field Schafer created by studying the relationship, through sound, between living beings and their environment. Gus Mills is a researcher and environmentalist who has spent several years working with African carnivores in the Kalahari desert.

Schafer was joined by his wife Eleanor James for his talk, “Hearing Earth as a Song.” Only at a conference like Sound in the Land could the keynote address be given as a lyrical spoken performance about sound and its impact on us as a society. The two alternated sentences, using repetition, rhyme and metaphorical language to bring their talk to life.

In the second keynote, “Kalahari Soundscapes and Visuals,” Mills described the research he has done on African carnivores: hyenas, lions and cheetahs. Each species has their own distinct calls and purposes for vocalizations. He explained how acoustic ecology allowed researchers to use information about vocalizations to learn about the nature of the animals’ interactions with each other.

The musical concerts remained a highlight of the festival. With no set musical genre the concerts ranged from a capella and folk, to orchestral and jazz, including a variety of multicultural pieces by accomplished Mennonite, African, Korean and  European composers among others. There were five major concerts over these three days, one of the highlights being a free Dawn Concert, led by Schafer.

The outdoor performance invited accompaniment by wild birds and animals, and active participation from the audience members who followed the performance from the lake to the nearby fields. In a beautiful area along the shore of Columbia Lake, the performance included vocalists, interpretive dances on the lake and on shore and a woodwind performance with musicians hidden so imitated birdsong originated from surrounding trees and bushes. The drum and vocal group Mino Ode Kwewak N’gamowak also provided an evocative performance to welcome in the day, inviting all participants to join in the dance and celebration.

Everyone involved should be congratulated for providing a unique, informative and positive way for people to explore the environment by changing how they hear the world around them. 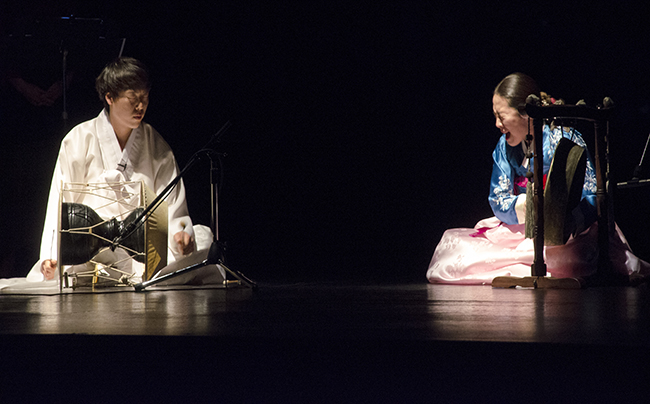 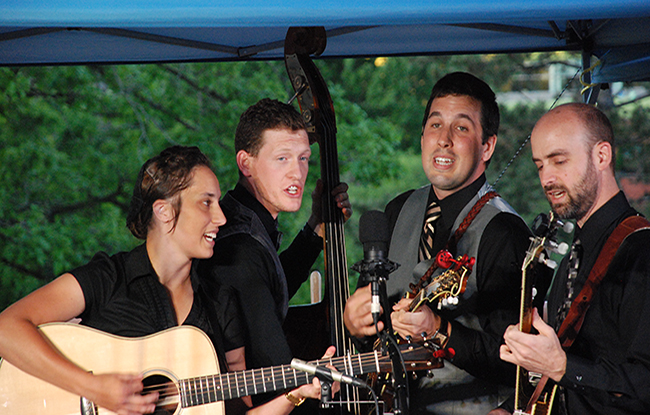 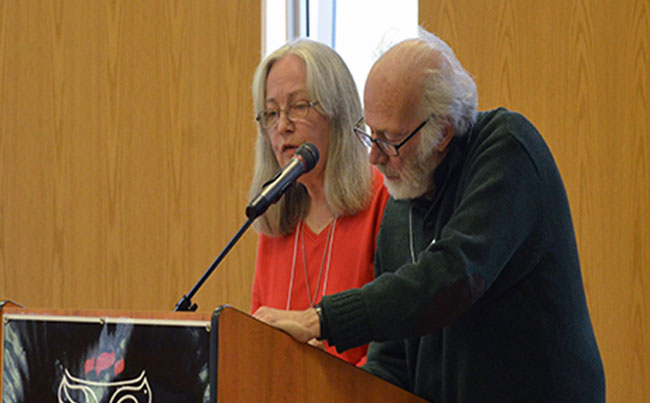 R. Murray Schafer and his wife Eleanor James give the keynote address (Photo by Jennifer Kronkle) 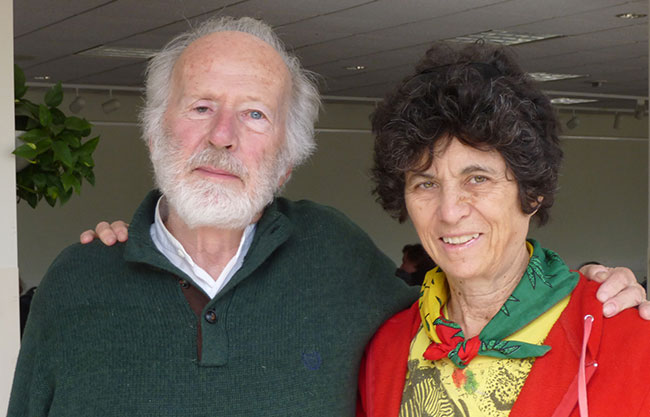 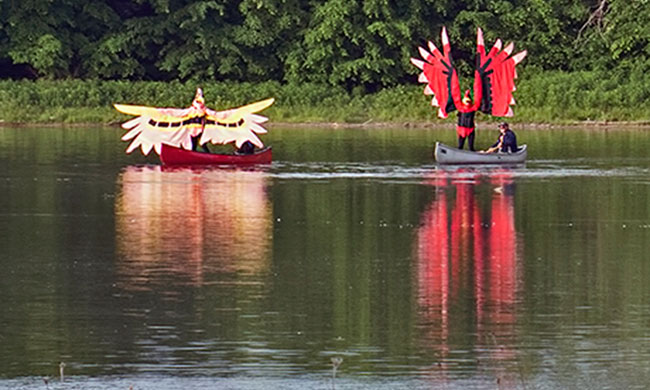