How can we make an understanding common? Passionate advocates continuously seek new answers to this question, as it is so pertinent to inciting change. Steve McDonald’s short film, The Rainmakers of Nganyi, proposes one solution to this concern. Alternatives Journal discussed these rainmakers in our spring 2010 issue, so it was great to see this story resurface as a particularly fresh composition at the Canadian environmental film festival, Planet in Focus. The film gained recognition at the festival as it won the Best International Short Film award.

This light and hopeful documentary explores how Kenyan scholars approach the cooperation with the renowned rainmakers of the Nganyi forest. The community trusts the predictions of the rainmakers, whom possess secret knowledge that has been passed down for generations, leaving meteorologists with the challenge of building a rapport in the rainmakers’ shadow. The meteorologists realized that they needed to come to some form of an agreement with the rainmakers, as spiritual techniques became unable to adjust to the effects of climate change, which led to the loss of crops for local farmers. 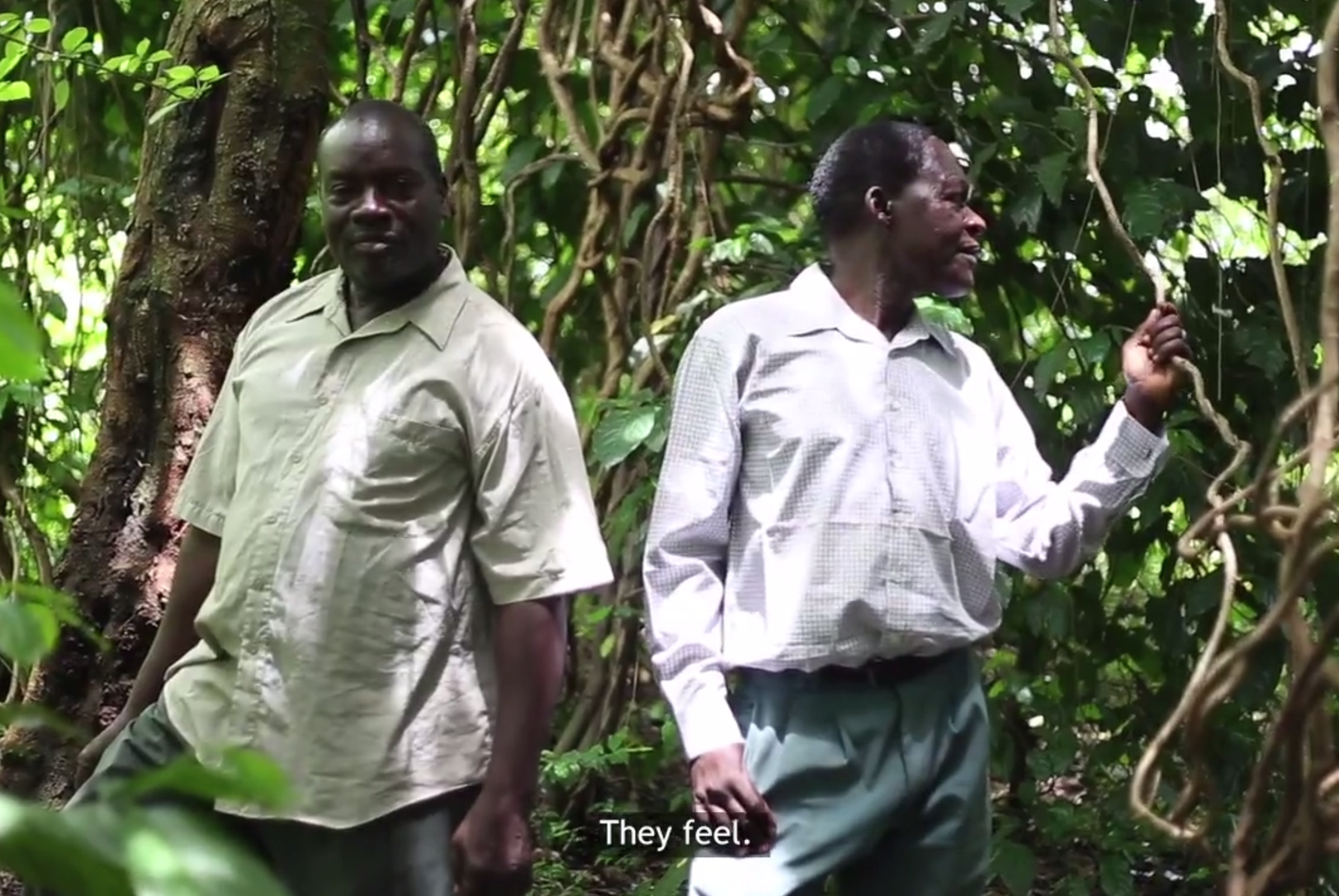 At first the scholars wanted to use the rainmakers as a mere communicative tool, but as they interacted more, it became apparent that some of the rainmakers’ techniques were very similar to modern scientific methods. As they delved further into the mystical relationship between the rainmakers and nature, the meteorologists began to consider the fact that plants and animals react to nature, and perhaps by tapping into this natural sensitivity there could be some unquantifiable validity to what they do.

In the initial sequence of the film, the first light and slow steel drum strokes suggest a mood for discovery, and this is disrupted by the sound of rainfall and thundering skies that represent the rainmaking powers at hand. Throughout the film, as the bustling of nature persists in accompanying this inquisitive music, the harmonic sound evokes feelings of hope in the potential for the relationship between the investigative scholars and the rainmakers, who are uniquely connected to nature.

Both the modern and mystical forecasters still maintained some reservations in their beliefs, but they grew respect for one another’s methods, which led to the resolution of providing a combined forecast. Despite the fact that the rainmakers remain secretive with most of their methods, for fear of spiritual condemnation, the bond between the knowledge bases provides a space for sharing thoughts, which cumulates into a richer care for the community. 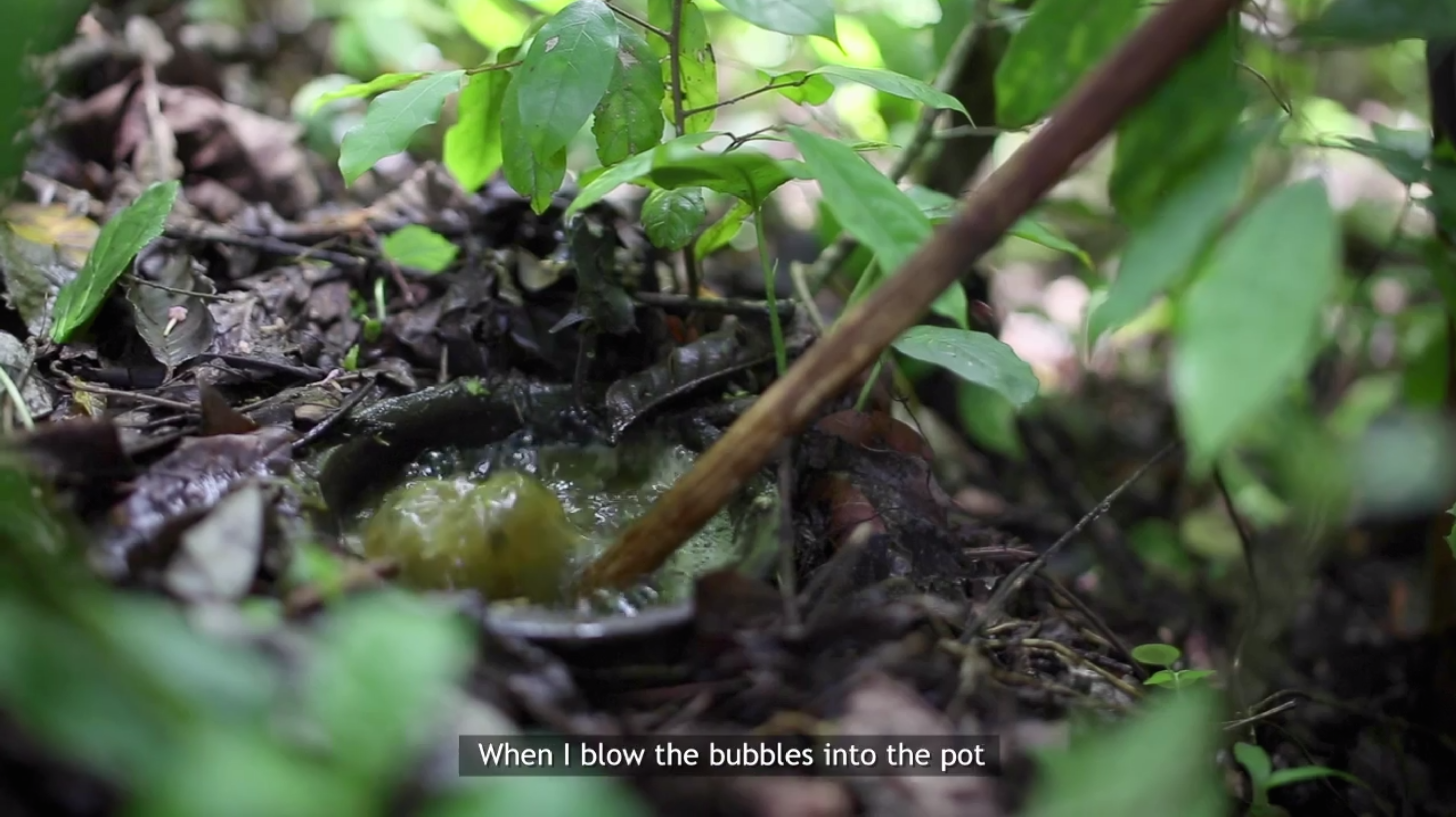 It is this type of teamwork that gives this film such a charming and positive outlook on how we can address climate change. The message is that neither side has to prove themselves to be the definitive source of truth. How can we make an understanding common? The Kenyan scholars realized that instead of aiming to make one understanding mutual among diverse individuals, merging various perspectives in order to make a richer understanding can be more effective for dispersion. Despite differences, they acknowledge their similarities, and from there they let their differences provide diversity in the communicated knowledge. The message of this film is hopeful and speaks to every advocate’s desire to have a stronger voice. One strategy could be working with groups or companies that might be unaware of global issues, but whose work could inadvertently contribute to positive action. If advocates approach groups with the spirit of learning as well as teaching, then team spirit might inspire the activist in people that maintain their own unique understanding. 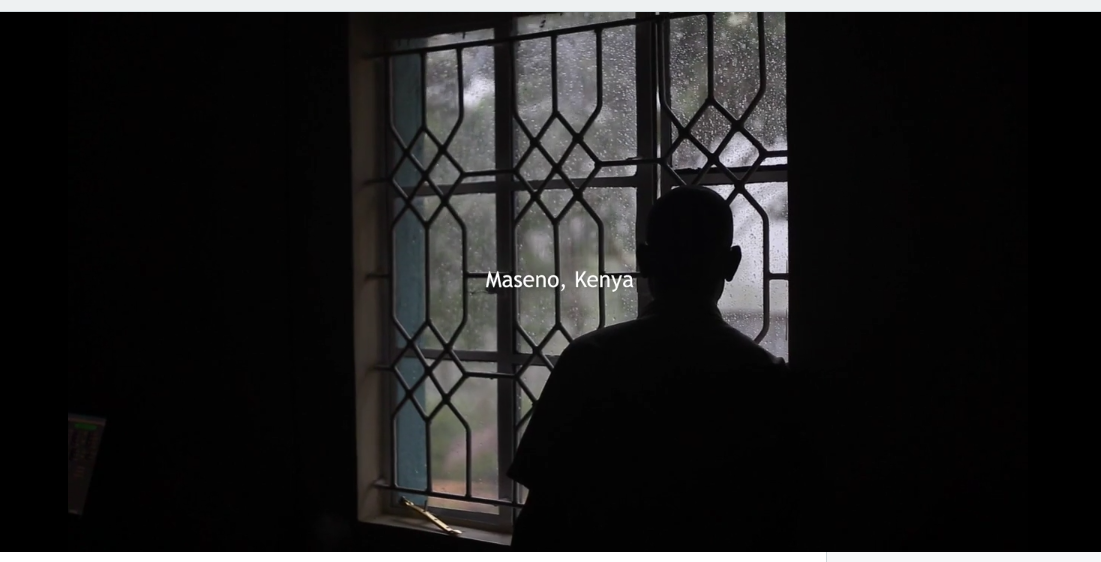 Watch the full short film by clicking on the image above or clicking this link: https://vimeo.com/132553978

Jacqueline Ouellette is pursuing her M.A. in Communication Studies at Wilfrid Laurier University. Her studies focus on equitable community engagement and sustainable development, specifically as they relate to the future of water and the energy industry.