Advertise on A\J
Home / The WTF: The Week This Friday Vol. 32

The WTF: The Week This Friday Vol. 32

This is the Week This Friday! 6 quick-and-smart briefs about happenings in the environmental space.
BY Siobhan Mullally, Teo Guzu
Jan 22 2021
Categories: A\J

Own the conversation this weekend with The WTF, a top-6 collection of the current and topical environmental news briefs, delivered with a side of humour. 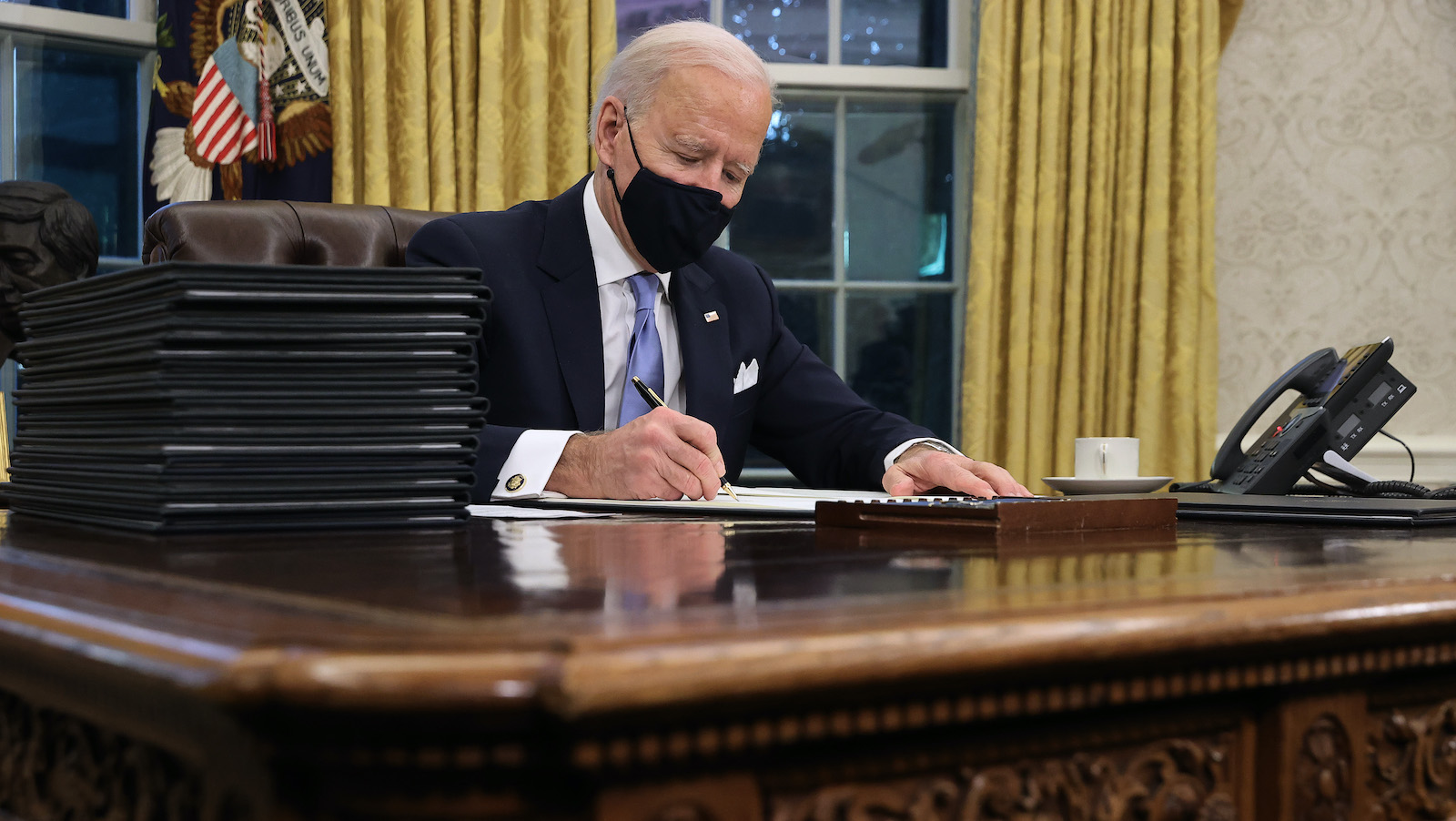 Within hours of being sworn into office, U.S. President Joe Biden has already made three major moves for climate change. He revoked a permit to continue developing the Keystone XL pipeline project, placed a temporary moratorium on oil and gas leasing in the Arctic, and rejoined the Paris Climate Agreement.

The Keystone XL pipeline project had been previously approved by Canadian energy company, TC Energy, as well as former U.S. president Donald Trump, and would have transported 830 000 barrels of oil daily, nearly 2000 km from Alberta to Nebraska. There are mixed emotions coming from Canadian politicians about Biden’s decision to cancel the pipeline’s activity. Prime Minister Trudeau and Alberta Premier Jason Kenney have both voiced their disappointment and frustration with the project’s cancellation. Those in agreement believe that this decision is starting Biden’s presidency off on the wrong foot with Canada.

However, there are still many people who stand in strong support of these smart, transformative, and environmentally responsible decisions. The pipeline would have been economically beneficial, providing energy and revenue to both countries, but it would have been dirty energy nonetheless and an inappropriate direction to go in the face of climate change.

Biden also rejoined the Paris Climate Agreement and climate activists are rejoicing! It is promising to see Biden slowly reversing the poor environmental decisions that have been left in the wake of Trump’s time in office. These actions seem to demonstrate that Biden is committed to taking actions to combat climate change that he had previously promised. 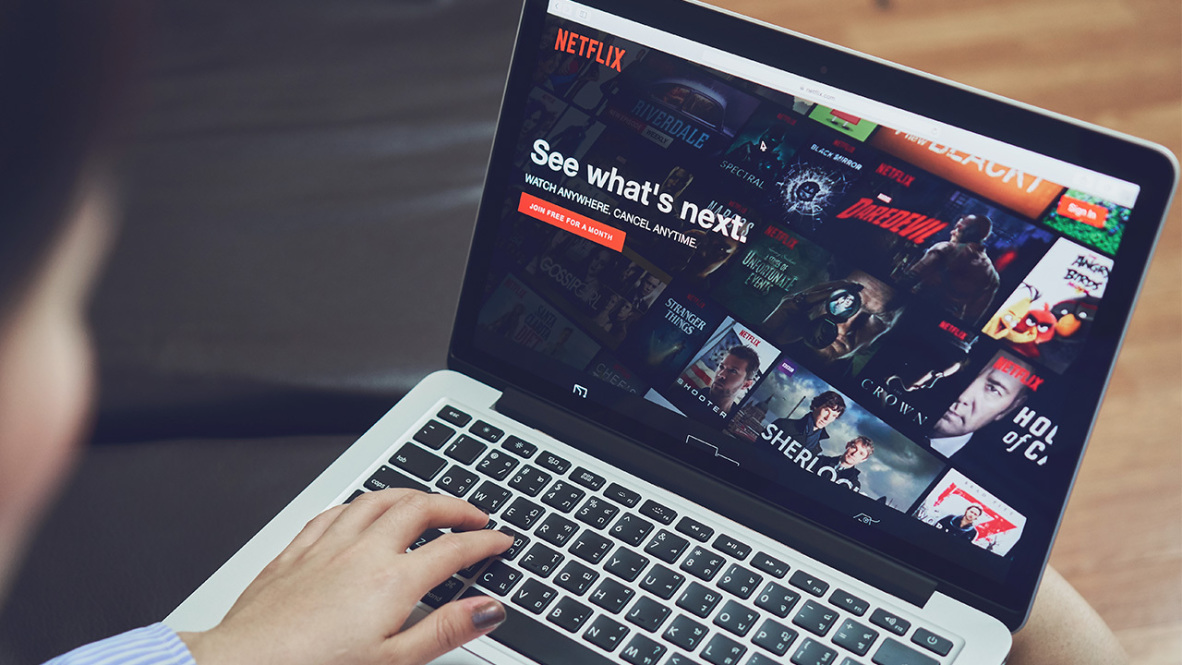 A study from Purdue University, Yale University, and the Massachusetts Institute of Technology have shown that although there has been a drop in global carbon emissions following the coronavirus pandemic, there are still significant environmental impacts that are spiking while people stay at home. The storage and transfer of internet data has a larger carbon footprint than one might think. In other words, our Zoom work meetings and Netflix parties are emitting carbon!

The findings of the study show that one hour of video calling or streaming could emit 150 to 1000 grams of carbon, use 2 to 12 liters of water, and require an area of land about the size of an iPad Mini. That means your Zoom work conferences, Netflix binging, and video chats with friends are all adding up in your carbon footprint. And since the world is still in a pandemic, these internet services will only continue to be used in high frequency. 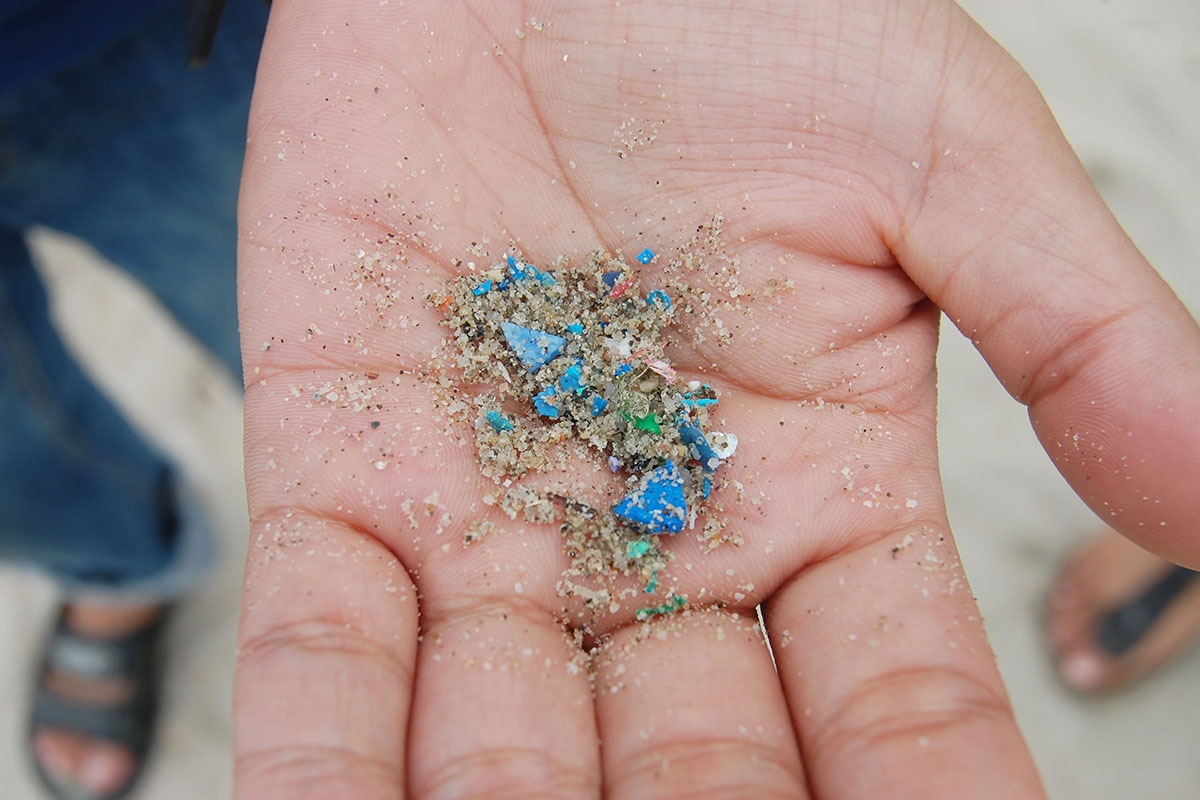 Plastics are everywhere and they don’t go away once we dispose of them. Many plastics stick around for a very long time as microplastics, often getting into our water sources, which can impact the health of both humans and wildlife. For example, our clothing often contains microplastic fibers that end up in the laundry wastewater after we wash the clothes. But fear not, researchers are working on devising a solution to this issue!

A group of researchers have developed a new method of collecting microplastics from the sources before they end up in our water systems, by using titanium and diamonds. These researchers have found a way to collect and deconstruct the plastic microfibers in water, before they make their way into wastewater treatment systems. In other words, they can break down the microfibers into non-toxic materials before the laundry water mixes with other wastewater. Tackling the problem from the source!

Although the method is quite costly, as part of the process requires diamonds, the research still looks promising and the team hopes to continue progressing this technique so that it might be implemented into commercial laundry facilities in the future.

How Are Rivers Changing Colour? 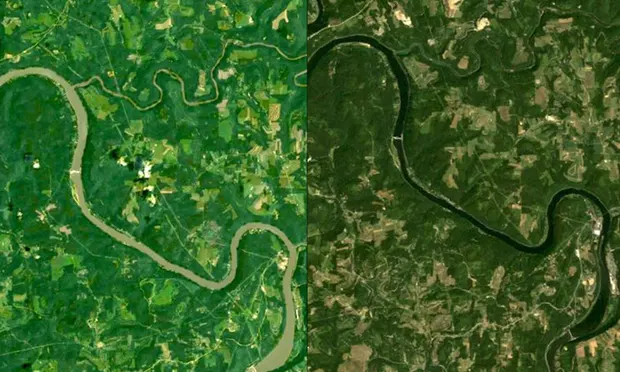 Can rivers change colour? It appears they can and have been for the past 40 years. By looking at satellite photos from 1984 to 2018, it appears that about one third of the major rivers in the U.S. have changed colour overtime. The group of researchers who are analyzing this discovery provide some reasons to explain the colour changes, all reflecting different marks that humans have left on the environment.

The colour of Lake Mead, located along the Colorado River, has changed from blue to a greenish yellow due to its declining water levels, as humans have overused this freshwater resource in times of drought. The Double Mountain Fork Brazos River in Texas displays the opposite change, going from yellow to blue after a dam was built in the 90s.

River ecosystems are important to monitor since we so heavily rely on them for essential uses, like drinking water and transportation. Rivers that are downstream from dams, reservoirs, or big cities are more likely to show colour changes as a result of upstream human activities. Many colour changes in water indicate environmental degradation and poor water quality, so identifying colour changes early on is super important for protecting human health. Especially since we need water for nearly everything we do!

On the other hand, some colour changes can show positive changes. For example, the Clean Water Act in the U.S. has been followed by improved water quality in rivers. All in all, this research is important, not only to identify colour changes, but to determine the direction of change, so that we can be proactive about ensuring all changes are positive ones! 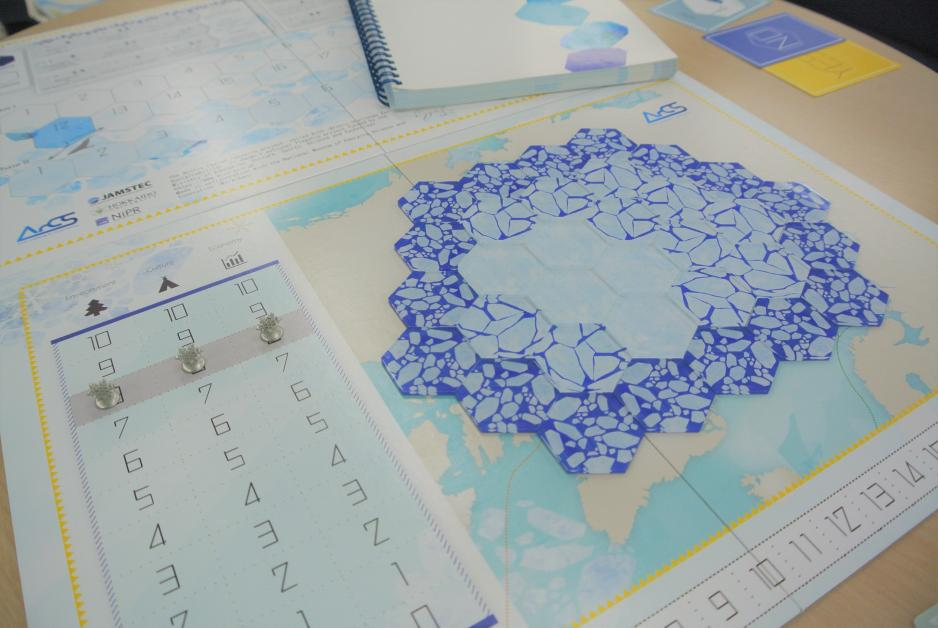 The Japanese National Institute of Polar Research has released a role-playing board game that demonstrates different environmental scenarios in the Arctic. It was created as an educational and engaging method to teach high school students about the impacts of climate change in the North. Each player has a specific role as either an oceanographer, cultural anthropologist, industry representative, fisher, or diplomat and they must work together and use their own skills and abilities to make decisions regarding climate change in the Arctic.

The two creators of the game, Hajime Kimura and Tetsuo Sueyoshi, said the following about the game, “The Arctic is an interconnected region where politics, economics, and rapid environmental changes affect each other, and the game incorporates all these elements. We also hope more people will get interested in the Arctic changes and its regional and global impacts through playing the game, and we want to encourage students to learn more about the unique ecology and the important environmental issues in the region."

The game is not yet for sale and will start to be distributed in schools, but will hopefully become more available later on. What a creative way to get young people involved in and learn about both social and environmental matters in the Arctic! 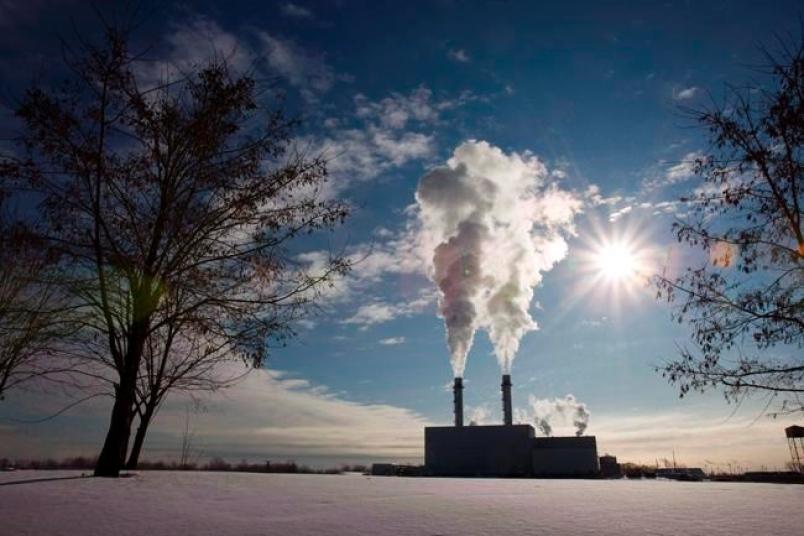 The Ontario Teachers’ Pension Plan Board has announced that it is committing to achieving net-zero greenhouse gas emissions by 2050. In the coming weeks, they will establish concrete targets for portfolio emissions and ensure that the companies it invests in report their emissions annually. The pension plan manager says it will direct any proceeds from a green bond offering towards climate-friendly investment opportunities.

“As a global pension plan, we will leverage our scale and influence to transition to a low-carbon economy and create a sustainable climate future,” said Jo Taylor, President and CEO. This is a very significant decision that advances Ontario Teachers’ mission to deliver retirement security for its members, while creating a positive impact for its partners and the communities where it operates. Key elements of Ontario Teachers’ net-zero approach will include:

- Working with portfolio companies to achieve net zero emissions by 2050

Over the coming months, Ontario Teachers' will hold itself accountable by using key elements to establish concrete targets for portfolio emissions, invest in climate solutions, and report on its progress annually. Sounds like a win-win for teachers and the environment!

2071: The Journey of How We Avoided Dystopian Outcomes

in Food and Culture

Uninhabitable Earth: Life After Warming
Having an awareness of the worst possible climate change scenarios can be motivating rather than...
END_OF_DOCUMENT_TOKEN_TO_BE_REPLACED