Logging Stops at Fairy Creek, Conceding to the Request from Indigenous Groups and Protesters 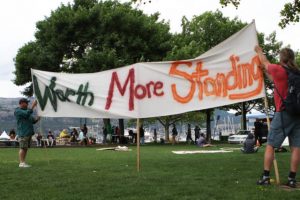 The provincial government in British Columbia has chosen to suspend the logging of an old-growth forest at the Fairy Creek watershed, in response to months of civil protesting and outcries from local Indigenous communities.

The protests to defend Fairy Creek started earlier in the summer when protesters in Port Renfrew started blockading natural areas set to be destroyed by the B.C. Timer Sales (BCTS) logging group. The group received approval from the provincial government, even though their plans did not meet the standards/regulations of environmental laws in the area. This development also encroached on the territories owned by Indigenous groups, such as the Pacheedaht First Nation community.

Many people have been arrested after peacefully protesting and this has further fueled the movement to protect this rare rainforest. The government has responded by stopping all activities in the area for two years and conceding to Indigenous communities who have requested that the forest (and its defenders) be saved.

Premier John Horgan made the decision this week and called it a “transformational moment” for the government as it allowed aboriginal groups to influence forestry activities in the province. During the next two years, the three indigenous groups in the area are asked to develop resource plans for the forest, after which a decision on logging will be made.

Although this does not remediate the damage done by the RCMP to protestors and the indigenous communities in the area, it is certainly a step in the right direction.

An Ounce of Prevention is Worth $5 Trillion Cures 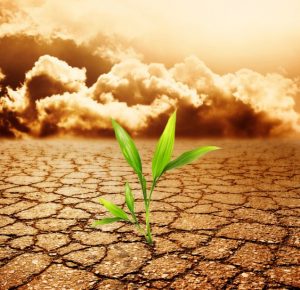 The cost of inaction on climate change will cost the G7 countries twice as much as was lost to GDP due to the Covid-19 pandemic.

A new study conducted by Oxfam and the Swiss Re Institute projects that the costs of climate change inaction by the G7 countries will cost them $5Trillion by 2050.

According to the study, the G7 countries experienced a 4.2% contraction in GDP due to the pandemic’s impacts on economies and economic models, resulting in staggering job losses and devastation to small businesses. And the study notes that while there will be an ability to ‘bounce back from the pandemic’s lingering (yet one-off) effects, thanks in no small part to government stimulus, the failure to address the obvious and growing impacts of climate change today will cause devastating impacts in the near-term future AND we will not have the economic bandwidth to throw more stimulus dollars at a rolling and escalating series of crisis.

As the study’s title – The economics of climate change: no action not an option – suggests, the costs of doing nothing will greatly outweigh the cost of meaningful yet expensive mitigation and adaptation.

“The world stands to lose close to 10% of total economic value by mid-century if climate change stays on the currently-anticipated trajectory, and the Paris Agreement and 2050 net-zero emissions targets are not met.”

And remember, Swiss Re is one the world’s largest reinsurance companies, a foundational pillar of our global economy by underwriting the policies of the largest insurers. If Swiss Re is telling us that we need to move from words to IMMEDIATE ACTION, we should be listening and acting. 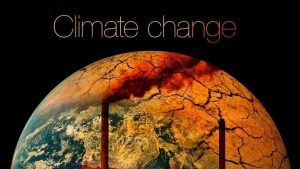 A new report published by the Intergovernmental Panel on Climate Change (IPPC) and the Intergovernmental Science-Policy Platform on Biodiversity and Ecosystem Services (IBES), both groups that are founded by the United Nations (UN), suggests that internationally there has been a lack of effort to battle climate change.

The research group suggested that “narrowly-focused actions” adopted by governmental institutions globally, might not actually combat climate change. In fact, such policies might directly or indirectly harm nature (or allow nature to cause undue harm) in the process. However, certain tasks and measures (if adopted by nations worldwide) can have an extremely positive effect on nature and ecosystems in any area. Some of which include:

Lack of Calcium in The Water is Killing Our Coral Reefs 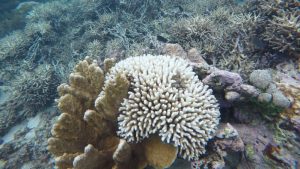 An article published this week suggests that global coral reef ecosystems are decreasing in productivity due to chemical changes in marine ecosystems. It is important to note, that the chemical quality this study looked at specifically about reef productivity, was the amount of calcium in the water. The issue then became declining calcification in reefs—the accumulation of calcium in an organism.

Long-term coral reef resilience often depends on their capability to maintain positive calcification rates. However, an analysis of global marine ecosystems shows that calcium is decreasing in oceans, thus inhibiting this in crucial coral reef areas. Moreover, current and future degradation of coral reef covers will likely intensify this problem.

Specifically, coral reefs are crucial in maintaining healthy carbon levels in the water and the current decline of these reefs is causing an increase in carbonate in the ocean. Subsequently, the remaining reefs will have to increase the amount of their calcification to accommodate for this additional carbon, however, this will not be possible as calcium is running in short supply.

This metabolic shift in coral reefs speaks volumes on how human activities, such as agricultural runoff and oil spills, have negatively affected natural systems and likely will cause permanent damage if not reduced immediately. 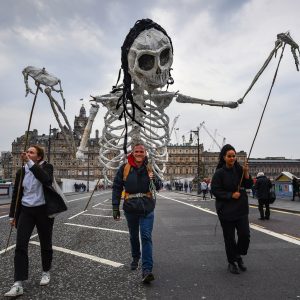 Perhaps the key to engaging with youthful citizens outside the current ‘big green tent’ is to stop selling the ‘kale’ and start selling the sizzle.

A recent op-ed in Teen Vogue starts with an interesting headline:

“The Mainstream Climate Change Movement Needs To Get More Creative”

This op-ed argues that the broader climate movement needs to catch up with Gen Z’s creativity.

The author, a young woman who grew up in the Philippines with typhoons at her doorsteps, states the obvious to anyone who has watched the explosion of social media platforms and impacts:

“We as young people are using our voices in creative ways to talk about climate change and demand action. We know that creativity and culture can get us closer to the truth about what our future might look like and help bring the world along with us.”

The first rule in Communications is to ‘know thy audience’ and ‘speak thy language’ if you want to get your message across. Not only do we want as much engagement as possible from young people at as early an age as possible – but we also know that the harshest costs of the climate emergency will play out during the lifespans of that generation. Thus this pertinent message:

Imagine if we shared the latest science through comic books, short stories, or virtual games instead of PDFs and newspaper-long reads. The vast majority of the world doesn’t speak English as a first language, and most of what’s written about the climate crisis right now is written in academic, fancy English. Making climate activism accessible is about making sure that everyone can understand it, no matter their level of education or English proficiency.

A world of problems requires a world of creative solutions. Thinking our way out of the problems – be it overcoming the inertia or ideating the innovation – is the key to our optimal experience navigating the climate crisis. And the author is 100% correct that new approaches by new generations will provide us with the best chance of success.