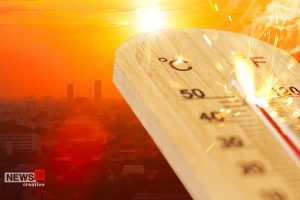 A new report from a team of researchers from NASA and the NOAA has concluded that the “EARTH’S ENERGY IMBALANCE HAS DOUBLED SINCE 2005”. This is a simple headline that holds a lot of depth of meaning. As background:

Earth’s climate is determined by a delicate balance between how much of the Sun’s radiative energy is absorbed in the atmosphere and at the surface and how much thermal infrared radiation Earth emits to space. A positive energy imbalance means the Earth system is gaining energy, causing the planet to heat up.

In terms of methodology, researchers and scientists understand better than any of us the interconnected complexity of our planet’s climate. They busted out the best satellites and in-ocean monitoring devices to help inform the study. And they determined that not only are things happening faster than anticipated but that the negative impacts are also likely to continue that way at an accelerated pace until better solutions are found.

The study finds the doubling of the imbalance partially results from decreased clouds and sea ice that lead to more absorption of solar energy. Additionally, an increase in greenhouse gases due to human activity, also known as anthropogenic forcing, along with increases in water vapor are trapping more outgoing longwave radiation, further contributing to Earth’s energy imbalance.

The evidence is unequivocal. Humanity’s collective actions and full-hearted commitment to mitigating climate change must be equally unequivocal – and start not a moment too soon. 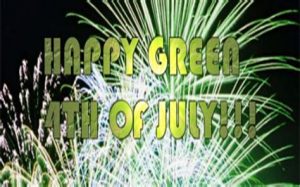 The Fourth of July is a national American Holiday, doused in traditions of all sorts but this year is there a way to celebrate the independence of the U.S in an environmentally friendly way? The Nature Conservancy says yes!

The first way to reduce your carbon and water footprint is the change your Fourth of July snacks! Buying more fruits and vegetables is a healthy way to reduce your impact on the planet. Moreover, healthy food consumption also includes using reusable plates and utensils during traditional feasts. However, if you do choose to use cutlery that is not reusable, try sourcing compostable sets.

Another solution to reduce air pollution is to not use or partake in the lighting of fireworks. Fireworks contribute massive amounts of emissions into the atmosphere and they also pollute local ecosystems. As one source describes, “the propellants, colorants, and heavy metals in fireworks can end up in the soil or waterways, polluting our drinking water or the ocean”.

Lastly, if you do enjoy barbequing perhaps use other sources of heat instead, as the emissions released from your grill also contribute to global warming. There are many other methods to cook your favorite foods, including oven grilling or using air fryers for crispier items.

This Fourth of July celebrates by an environmental defender!

A Small Price to Pay 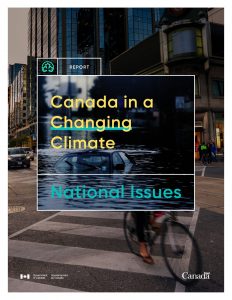 The Canadian government recently released a report examining the near-term costs, impacts, and potential mitigation of the worst impacts of climate change on Canada, the Canadian people, and our national economy. The report, Canada in a Changing Climate: National Issues, was produced by the Climate Change Impacts and Adaptation Division of  Natural Resources Canada.

The 734-page report is chock-a-block with information, research, and insights that shine a spotlight on the thinking permeating the Federal government’s environmental leadership. Interestingly, the foreword to the report points out the overarching theme:

Although dealing with the COVID-19 pandemic has dominated the world’s attention, the issue of climate change remains firmly embedded in many global, national, and sub-national dialogues. Indeed, while we are still trying to understand the pandemic shocks that are rippling through our social, economic, and environmental systems, some encouraging insights are emerging that are relevant to responding to climate change. The response to COVID-19 thus far has shown that once individuals, businesses, and governments understand the risks, they are willing to make major changes to protect lives and livelihoods, even in the face of uncertainty. The experience of the past year has also demonstrated the advantages that can be realized through cooperation, the progress that can be achieved through aligned efforts, and the critical role that the private sector and civil society play in responding to global challenges.

As we have all experienced, our national economy took a significant ‘hit’ as a result of the pandemic, necessitating new strategies and new investments. The budgets for our provincial and federal governments were (justifiably) extended to support our economic well-being as we all dealt with an existential threat to our existence. Tens and hundreds of billions of dollars have been allocated and spent over the last 18-months in our collective investment to ‘flatten the curve’ of the pandemic. And the authors of this report frequently return to the idea that ‘now that we have the collective experience via Covid…’ as the basis to lay out some clear dollars and sense.

A big headline from the report is the cost of damages and impacts of climate change on the Canadian economy, currently estimated at $1.9B annually (and up almost 500% in the last decade). That sounds like a lot, but remember that while our current Liberal government is gung-ho on climate-positive messaging, they are also the government that declared a CLIMATE EMERGENCY in the House one day and then spent $10B+ of our money on a gas pipeline the next! Duplicitous much?! Oh, and…. (from the Narwhal):

Despite repeated promises to phase out fossil fuel subsidies, Canada’s federal government dedicated $18 billion in 2020 to assist the country’s oil and gas sector, according to a new report that outlines additional support for the industry since the COVID-19 pandemic was declared last March.

So as we look to the post-Covid future, let’s bring the same energy to the effort to ‘flatten the curve’ of the worst impacts by making the necessary investments today. We can find the money easily by simply repurposing current investments in ‘dead dinosaur juice’ industries towards new sectors that can and will support strong national employment and achievements. Oh, and we get on the right side of climate change, too. Small price to pay, indeed! 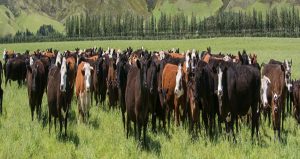 The Global Roundtable for Sustainable Beef (GRSB) has released its new sustainability goals to reduce the environmental impacts of the beef supply chain across the world. In the official news release, the group has provided three main issues they would like to tackle: climate change, land use, and animal health and welfare.

1. Reducing the Effects of Climate Change by Changing the Cattle Industry

The GRSB wants to reduce 30% of net global warming from each unit of beef by 2030. Additionally, they want to incentivize climate-smart beef production, shipping, and trade to ensure that all aspects of the supply chain reuse carbon stores and not make more carbon sources. Furthermore, they want to use soils and grasslands to sequester carbon; the Intergovernmental Panel on Climate Change (IPCC) suggested that grasslands could sequester 54 to 216 million tonnes of carbon per annum, beginning in 2030. Lastly, the roundtable members will also be funding research on the development of climate-smart practices—such as carbon sequestration technologies.

2. Ensuring that Land-Use is Sustainable

The group wants to ensure that its beef production has a “net-positive” impact on nature. Their main goal is to increase the reporting of land use such that they can keep on track with measures that will restore, conserve or increase biodiverse locations. Moreover, they wish to adopt science-based land management practices that will maintain sensitive flora and fauna.

The members in GRSB have decided to focus on improving the quality of life for their cattle based on best practices provided by the World Organization for Animal Health.

It will be interesting to see if these changes are made, what the new sustainable beef industry will look like. However, it is now a challenge and a promise that will hopefully not fall short of the planet’s desperate need to have environmentally-conscious agriculture.

How Bad are the Algae Blooms in Lake Erie? 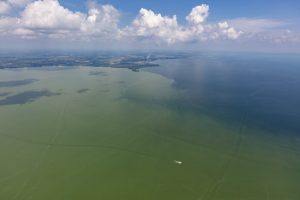 Algae blooms are defined as phytoplankton’s visual and rapid growth (a water plant) in either freshwater or saltwater systems. They are triggered by increased water temperature and direct sunlight, which has been on a prominent increase due to global warming. However, there are different types of algae blooms and in Lake Erie specifically, there are also blue-green algae present. The blue-green algae bloom consists of cyanobacteria which is toxic and poses a risk to humans and wildlife, as it affects the liver.

However, this year’s bloom is expected to measure 3 (or potentially anywhere between 2-4.5) on a scale of 10 in the severity index. Algae blooms over 5 usually have immense impacts on marine life and drinking water, typically causing scum formation on the surface of the lake.

We have yet to see if these predictions are accurate, but let’s hope for an algae-bloom-free summer!