Today farmers in New Zealand have taken to the streets in thousands to stage a protest against environmental regulations passed by the national government. It was named the Howl of Protest and included a span of over 51 towns and cities in the country. The protest included many farmers driving tractors and holding signs into capitals and busy urban locations, to garner the most attention—the most notable vehicle was a five kilometre long convoy used for the protest in the town of Dunedin.

The protest sparked after the country introduced new environmental regulations focused on decreasing the amount of pollution, biodiversity loss, and emissions directly from unsustainable agricultural practices. In 2019, a report published by the government explained the consequences of the continuation of such practices in the country: the loss of over 4000 native species and the disappearance of many sensitive ecosystems (significantly wetlands). More recently, in 2020 the same reporting group found that over 60% of the country’s rivers were not swimmable dually because of farming and housing processes.

The leading protest group which organized this event, known as Groundswell NZ, does not believe that a “one-size-fits-all approach” would not be feasible to solve the agri-environmental issue. However, any action that rewards the environment and places its importance above established industry is much needed in New Zealand.

Such drastic change will of course include uncomfortable decisions made by those industries. But it is in the best interest of these protesting farmers to make some of them at least, to save the very land they work on.

Out of this world – or out of our minds? 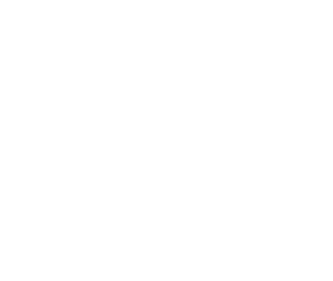 You may have heard, read, or seen Sir Richard Branson ushering in the era of space tourism with the recent launch of VSS Unity 1. And, like many of you, perhaps you were thinking…..is this a good thing?

Well, as it turns out, you are not alone. Aside from the Facebook and Instagram memes reminding our billionaire space cowboys that we’ve got enough problems here on earth to sort out first, many writers and thinkers have been pondering the ethical and environmental impacts of space tourism. A recent article on CTV.com featured the headline:

“Space travel is open for business, but what about the environmental impact?”

Specifically, the main areas of concern related to the carbon footprint of fossil-fuel-powered jet flights and the risks associated with the elements they will deposit in the atmosphere. And this might not be such a big problem today, when “there were 114 attempted orbital launches in the world, according to NASA, which compares to the airline industry’s more than 100,000 flights each day”, but imagine a near-future when throngs of us flightless humans desire to replicate Sir Richard’s weightlessness feat.

Eloise Marais, an associate professor of physical geography at University College London, is currently conducting research on pollutant emissions from rocket launches. While this might be the most obvious threat, Marais’s research focuses on something that may be even more threatening, which is the damage to the ozone layer that may accrue from deposits of CFCs and oxides that are expelled by the solid-fuel rockets that propel the starships to the stars.

Many might assume that the biggest environmental threat from increased space travel is from higher greenhouse gas emissions, Marais’ research is focused on an area some see as a more significant threat, which is the potential damage to the ozone layer, which helps shield the Earth from the sun’s harmful ultraviolet radiation.

“Solid rocket fuel is really the worst,” Marais said. “They produce a lot of chlorine, a lot of nitrogen oxides and those are quite efficient at depleting ozone.”

“While several environmental impacts are resulting from the launch of space vehicles, the depletion of stratospheric ozone is the most studied and most immediately concerning,” Jessica Dallas, currently a senior policy advisor at the New Zealand Space Agency, wrote in an analysis of research on space launch emissions published last year in the Journal of Cleaner Production.

So before I buy my million-dollar ticket (I’m starting a GoFundMe tomorrow) to join the Galatic Empire, I think I’ll do more thinking about whether these types of vanity projects really do hold the potential for human growth and development.

Space exploration, I can see. We, humans, are always interested in learning more and doing more. Space tourism that caters to the privileged and deep-pocketed few? No thanks, especially not with the rising evidence of the environmental damage being caused in pursuit of a weightless selfie.

“Drought is on the verge of becoming the next pandemic and there is no vaccine to cure it.” 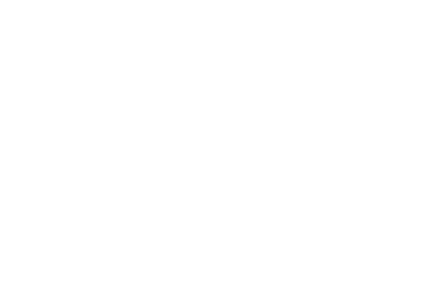 As the world slowly creeps out of a Covid-inspired lockdown, we’ve learned a few things about ourselves as individuals and as a species. Individually, we can be incredibly inventive and resilient (a vaccine in 9 months!) and incredibly selfish (anti-maskers, anti-vaxxers, etc.), sometimes at the same time. As a species, we’ve learned that we are equally threatened by global forces like a virulent pandemic (or, maybe an anthropogenic climate crisis?) as any other species.

This is why we should all be paying a lot more attention to the folks at the United Nations’ UN WATER team. They recently released a report entitled New UNDRR report launched with stark warnings that drought could be the next pandemic.

The introduction to the report includes this warning:

“Mami Mizutori, the UN Secretary-General’s Special Representative for Disaster Risk Reduction, said: “Drought is on the verge of becoming the next pandemic and there is no vaccine to cure it. Most of the world will be living with water stress in the next few years. Demand will outstrip supply during certain periods.”

And from the precis to the report itself:

“Droughts have deep, widespread, and underestimated impacts on societies, ecosystems, and economies. They incur costs that are borne disproportionately by the most vulnerable people.  The extensive impacts of drought are consistently underreported even though they span large areas, cascade through systems and scales, and linger through time, affecting millions of people and contributing to food insecurity, poverty, and inequality. Climate change is increasing temperatures and disrupting rainfall patterns, increasing the frequency, severity, and duration of droughts in many regions across the globe.  As we move towards a 2˚C warmer world, urgent action is required to better understand and more effectively manage drought risk to reduce the devastating toll on human lives and livelihoods, and ecosystems.”

A recent survey of news headlines from the western US added the following emphasis:

And a reminder from our friends at the World Wildlife Organization:

“Only 3% of the world’s water is freshwater, and two-thirds of that is tucked away in frozen glaciers or otherwise unavailable for our use. As a result, some 1.1 billion people worldwide lack access to water, and a total of 2.7 billion find water scarce for at least one month of the year.”

From water usage reduction programs for homes and businesses through to new investments in desalination projects, there is an URGENT need for new solutions and approaches to this problem. And while there may not be a vaccine that will allow us to prevent this crisis, we can definitely put the same energies and resources towards coming together as a species to ideate, create and innovate our way to a more verdant tomorrow. And we’ll all drink to that!

An article released this week by Canada’s National Observer suggests that health workers must take an active role in rewriting Canada’s environmental protection laws and regulations to maintain a certain degree of public health that might be threatened by rising pollution in the country.

The article discusses the history of the Canadian Environmental Act (CEPA), starting with its creation in 1988—its only purpose was to regulate environmental issues which affected the health of Canadian citizens and residents. Many revisions have been made to the legislation since its introduction and most recently Bill C-28 introduced steps to strengthen the CEPA in April 2021.

However, the national government is still hesitant to pass such legislation and despite a push from many civil society groups, it has yet to be approved. Additionally, recommendations provided by the groups suggest that having a healthy environment is more important than economic processes within any industry and such policy should be enforced. Within this, the groups advise that air quality be measurable and a binding promise between industry and its residents, enforced by the CEPA.

Despite the promise of this bill on protecting Canadians from environmental issues (such as pollution), the Canadian government has yet to pass this legislation. The country will have time to review this bill in the fall, hopefully, they will make an informed decision on improving our own environmental protection act.

After a devastating loss in population over the last few decades, the North Atlantic Right Whales seemed to finally be recovering. However, last week 2 new whales were found entangled in fishing lines off the coast of New Brunswick. These are the first new entanglements to be reported since 2019 in Canadian waters, but do not bode well for the whale population which is severely ill-prepared for even the loss of a few individuals—there being only 350 individuals left in the world.

The first whale was spotted by the Campobello Whale Rescue and was reported to be a 16-year old female, who had been spotted in a similar state in the winter but was not approached. The second individual was newly entangled and was observed this Tuesday and identified by its ecological tracking number.

As discussed in a prior article, the main reason for the rapid decline of these whale species has recently been due to fishing lines; historically these whales were hunted when they were abundant during the colonial era of exploitation. The solution to protecting this species has been difficult as it targets primarily the lobster fishing industry (the main source of income for many locales).

Agreements to reduce the number of fishing lines near whale habitat have been discussed and briefly enforced, however, was soon challenged in court by many fishing groups. A solution to both protect the whale species and maintain a highly important economic fishing sector has yet to be reached.