Are You Paying Attention?

We, as social media users, are one of the most profitable commodities within publicly traded enterprises.

As you scroll through your Facebook feed, you see an advertisement for a toaster oven. How strange! You were just saying yesterday that you wanted to get one. You have a moment of panic that your phone might be listening to you. Sometimes, the advertisements we see are so perfectly curated that we think our phone must have heard us talking about it. While you are partially experiencing confirmation bias (most of the ads you see you did not just think about yesterday, but this one stands out because of the connection), the reality of what is happening on your phone is maybe worse than Google listening in to your conversations. The algorithms that decide what to show you do not need to hear your conversation. They can predict what you want based on your past behaviour, what time of day it is, how you seem to be feeling that day, and more. Not only that, the content you see right before that advertisement has likely primed you, psychologically, to buy.

Our culture is defined by ensuring people are optimally primed to consume. Growth economics is the primary driver for how we engage with life, work, and each other. It emerged alongside a process of individualization of the industrial revolution and during the process broadly defined as modernization. 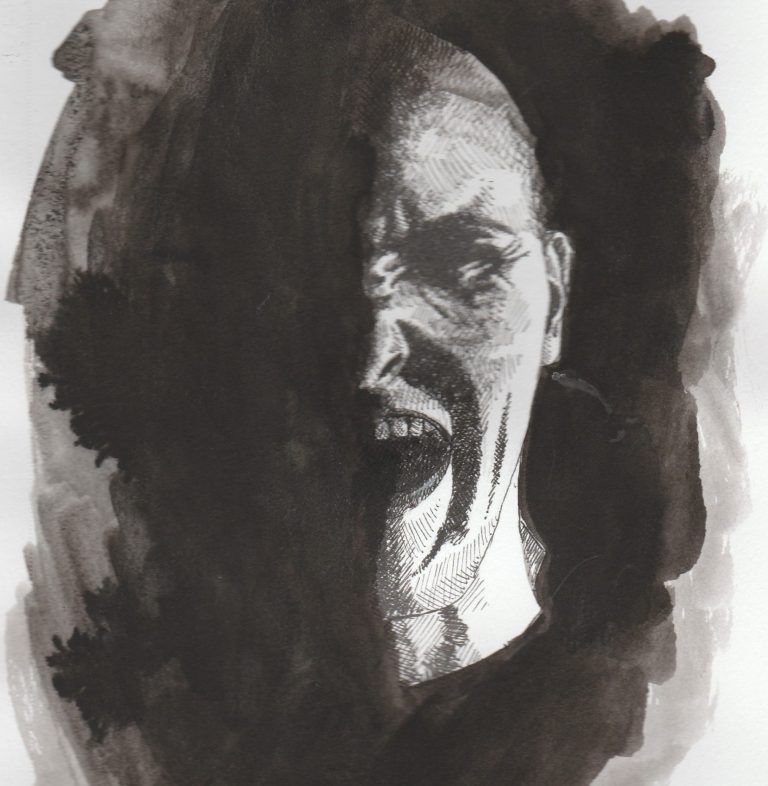 Early modern cities and the rise of factories for mass manufacturing brought people away from their families from more rural areas into the urban society of individuals. This resulted in a reorientation of livelihood, which came to be centred around incentives for individual economic gain rather than the wellbeing of community and relationships. As individuals within these emerging cities, people were both the subject and the object of the process of a new modernity. Thus, while individualization was a necessary process for the success of industrial society, it also provided individuals with a sense that they could change the world and create a vision of themselves within that world.

Part of creating the self was to move from a prescribed biography of who one is, such as a long-term member of a family of sheep farmers, to the freedom to choose and mould a new social identity. The process of creating a new social identity opened much room for consumer products as people consumed, solidified and demonstrated the new vision of themselves to those around them. This replaced an authentic social and community life with a representation of who one is within society. Frankfurt theorists Adorno and Horkheimer coined this as the “culture industry”. They argued that the factory of goods and the factory of popular culture provides a vision of accepted reality, and people are manipulated into a kind of economic passivity by removing the need for people to think about that reality themselves. The individual’s decisions regarding their life all became oriented toward becoming an accepted member within this culture industry. Of course, personalities then become homogenized and organized around acceptability as defined by others in the society. This is perpetuated by mass media, making it easier for corporations, and by extension advertisers, to then sell products through mass production.

This leads us to the oldest trick in the advertising book. In the 2002 British documentary series called The Century of the Self, Adam Curtis explores the work, significance, and implication of Sigmund and Anna Freud’s work. In the series, the viewer is shown how Freud’s work on psychoanalysis can be used to manipulate masses, which Freud’s nephew, Bernays, applies to advertising campaigns. One of the most famous campaigns using the techniques included a popular actress stepping out onto the red carpet and lighting up a cigarette. This appealed to consumers in a way that made them want to be her, so they would consume whatever she consumed to solidify an identity as similar to her as possible. Sound familiar? This is the same tactic influencers on social media rely on and why they are so successful. To define our identity, the once rational drive of consumer behaviour is now driven by the psychological impulse to fit in and have a secure sense of self. This secure sense of self was previously provided by the clear role one had in a community. Now we live within a narrative of freedom to choose our roles in life and be whomever we choose to be. This leaves room for our decisions regarding the self to be very wrong, so people constantly seek validation in these choices. Doing what is popular alleviates some of that work for us.

The internet makes all these processes more effective and more efficient. Social media provides a quick way to measure success according to your peers, and it does so on top of new technological capabilities of big data.

Algorithms used on social advertising platforms such as Instagram and Facebook are often passed off as quiet and unimportant math behind the screen. And while math is often argued to be an unbiased filter of an enormously complex world, we also know that it can serve the purposes of those who own it and use it. Algorithms are not without goals; instead, the goals are embedded within them by corporations’ programmers. The social advertising conglomerates’ goals are to meet the needs of their customers and their stakeholders, who are not the users but rather the advertisers competing for space on the users’ screens. The algorithms track behaviours and patterns and make precise decisions on what users will see to maximize the customers’ profit. An algorithm for a social media feed is not set to maximize the user’s psychological benefit or enjoyability but instead to find ways in which it can manipulate the user into interacting with the advertising space in a way that generates the most revenue. We, as social media users, are one of the most profitable commodities within publicly traded enterprises.

Society’s obsession with social media and peer feedback as a primary mode of self-esteem is highly problematic, in and of itself. Social media’s mental health impacts have been demonstrated widely, often pointing to issues related to deteriorating relationships, depression, extreme narcissism, and more. The tactics are degrading social fabric and helping to speed up environmental degradation by creating one of the most effective systems for perpetuating conspicuous consumption. This is a mostly unregulated network of deeply embedded microtargeting that plays on the user’s psychology to control the behaviour of billions of people to increase profit margins. Social advertising platforms are one of the biggest drivers behind modern consumer capitalism and growth economics. Not to mention that part of the algorithm’s success is in creating an environment and news feed that bolsters one’s sense of esteem in relation to the world. As a result, people are engaging with and seeing highly regulated and biased views of reality. And some of these realities will perpetuate misinformation streams such as the denial of climate change.

We are not powerless in the face of this reality. While it is difficult to sign off social advertising platforms, this is not a failure of your personality –  it is designed to be difficult. There are other things you can do to make their algorithms less effective. For example, you can clear your cookies regularly, or you can simply delete the advertising applications off your phone and only use them on Incognito browser tabs. You can also randomly report ads as offensive or uninteresting to you. If you see an interesting advertisement, report it anyway, do not click it, clear your cookies, open a new Incognito tab, and go to the website independently so that you are not giving the algorithm the satisfaction of success. This makes it less able to learn from your behaviour over time, though not impossible.

As environmental stewards and researchers, we need to ask what our vision of technology and social advertising platforms are. What should our relationship with social technology be? Are the benefits of global connectivity worth the cost of corporate control over major areas of life? How inextricably tied are the Internet and for-profit corporations? We can learn from past technological theorists such as Mumford regarding appropriate technologies and the kinds of things we want to put our innovative effort into. Also, as environmentalists, we need to reprioritize a stand against advertising and ensure strict governance on the kinds of things shown to people and how these corporations can choose whom to show things to. How can we as environmentalists help to fill digital empty space with meaningful entertainment and meaningful information? Some environmental campaigns do this, such as the Global Footprint Network’s Earth Overshoot Day, but there are far more that we could do. We need effective campaigns that help infiltrate this system while also convincing people to get offline and into nature.

It may not be technology in general that deserves criticisms from environmentalists. Of course, some technology has dramatically improved our wellbeing, and we would not want to live without it, such as modern dentistry. However, social technologies’ reach is so vast that it now undermines and degrades social and ecological systems that people depend on for a healthy life. These kinds of technologies that do not improve life deserve more significant critique from environmentalists. We need to centralize research and criticism on these topics. Our shared collective culture is an integral part of being a human and a community, and right now, it is being sold.

This is a short summary of the paper “Paying Attention: Big Data and Social Advertising as Barriers to Ecological Change” in Sustainability 2020, 12(24), 10589

Katie Kish is a research associate for the Footprint Initiative at York University and lecturer at the University of British Columbia’s Haida Gwaii Institute. Kaitlin’s background is in systems thinking, ecological economics, and complexity science which she applies to her current research on exploring radical and disruptive political economies and possible pathways to alternative futures – particularly related to new forms of production and manufacturing in localized economies. Katie has a Ph.D. in Social and Ecological Sustainability from the University of Waterloo. Twitter: @ktkish