4 weeks ago
My Valentine to Nature
4 weeks ago
The Future of Conscious Consumerism
1 month ago
The WTF: The Week This Friday Vol. 34
1 month ago
Opening Paragraphs 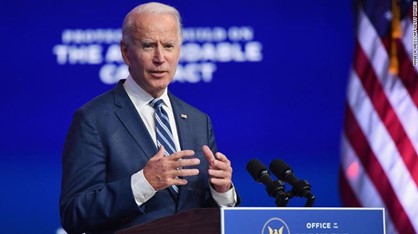 Nearly a week and a half has gone by since the US election, and Trump has yet to concede to President elect, Joe Biden. However, that hasn’t stopped Biden from making plans and getting busy.

According to CNN, he has already planned a handful of executive actions (many relating to climate change) for when he takes office January 20th. These include:

These actions are all part of Biden’s climate plan which outlines a goal of reaching net zero emissions by 2050. I hope they follow through with all this. 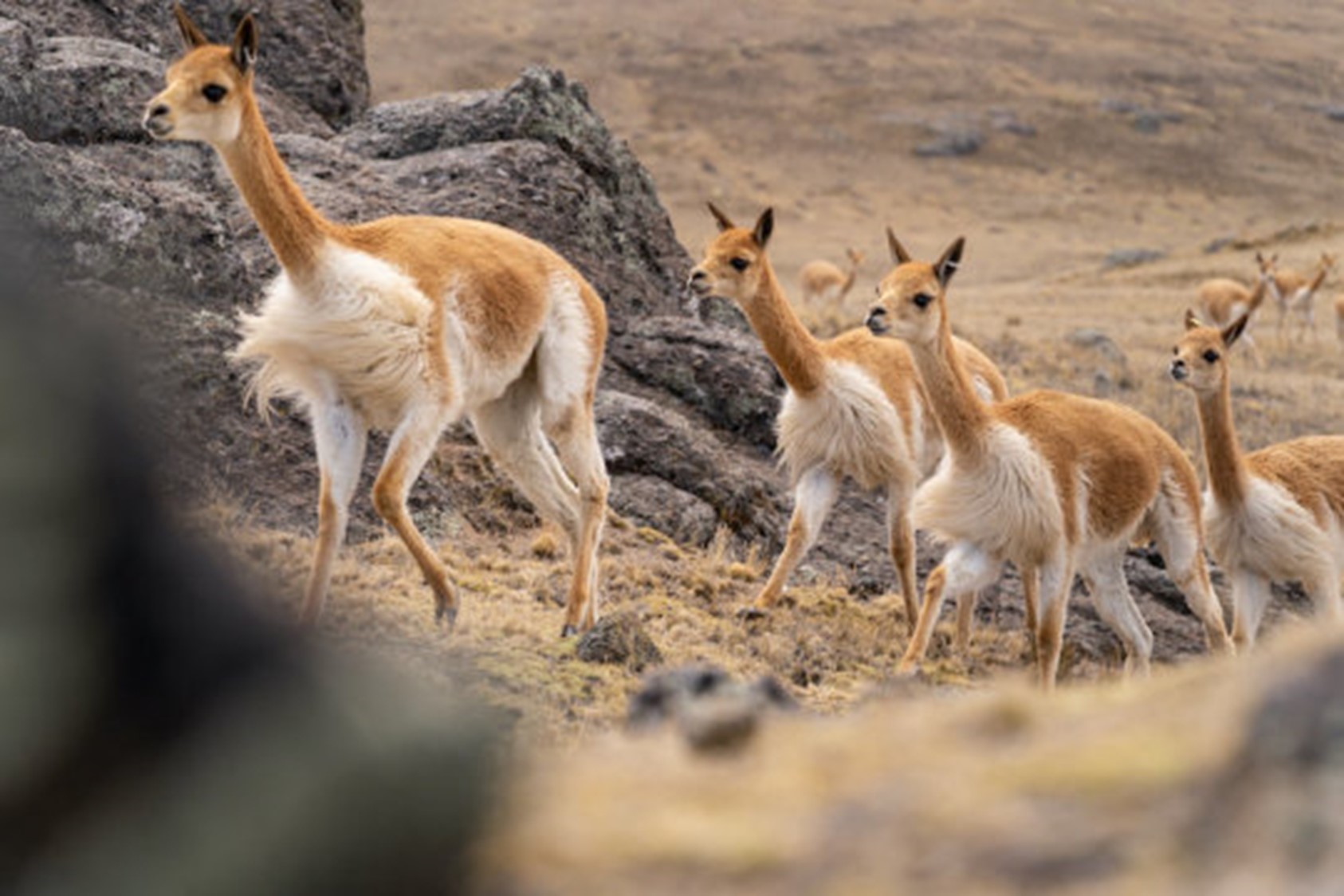 For centuries, we had always believed that when early humans went out to find food, the males hunted while the women gathered. According to Science Daily this week, we were wrong.

An archaeological study conducted by the University of California found a 9,000-year-old hunter burial site in Peru which contained tools for hunting and animal processing. According to researchers, individuals were often buried with items that accompanied them in life, suggesting this grave was for a hunter. The team’s osteologist later determined the hunter was female.

To rule out this being a fluke, researchers studied other late Pleistocene and early Holocene burials in North and South America. Based on their findings, they concluded it is highly likely that females participated in big game hunting.

Lead researcher, Randy Haas, said “We believe that these findings are particularly timely in light of contemporary conversations surrounding gendered labor practices and inequality…Labor practices among recent hunter-gatherer societies are highly gendered, which might lead some to believe that sexist inequalities in things like pay or rank are somehow ‘natural.’ But it’s now clear that sexual division of labor was fundamentally different — likely more equitable — in our species’ deep hunter-gatherer past.”

The research team is hoping to better understand when this shift in the sexual divisions of labour in human societies occurred, and how this changed the course of human history.

Shell Canada is the first gas retailer in Canada to join the fight against Climate Change: program Drive Carbon Neutral 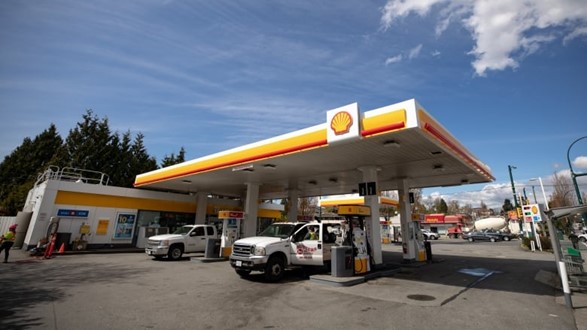 Shell will become the first gas retailer in Canada to offer a program that offsets emissions from customer fuel purchases with an optional buy-in at the pump. Replicating a program in Europe, Shell signals its intention to help meet global goals to slow climate change as outlined in the Paris Accord. The carbon offset program is part of a broader move by Shell to reach net-zero GHG emissions by 2050.

According to Shell Canada President Michael Crothers, this target is being driven by customers and investors. It’s a mandate shared by a handful of energy companies in Canada, including Enbridge Inc., Suncor Energy Inc., and Cenovus Energy Inc. Crothers acknowledged the shirt toward net-zero among oil and gas companies isn’t just about meeting environmental goals, but also about signaling to the public that a sector which plays a huge role in driving climate change is doing their part. It is imperative that oil and gas companies to listen to society, to customers and to investors so they can be part of the solution. Crothers explains that the new program relies on consumers making the choice to pay extra for gas to offset their driving. The buy-in is 2 extra cents per lite at the pump after an initial free rollout period. The cash will be invested in a range of conservation programs around the world from Australia, to Asia and Europe. Shell first implemented a carbon-offset program in the Netherlands. Around 20% of customers pot to buy into that program, but the uptake in Canada is yet to be determined.

Shell’s net-zero emissions goals apply to direct and indirect emissions that come from its own facilities and production, as well as the energy it purchases. Shell wants to reduce the end-use emissions from the products it sells – by far the largest share of emissions connected to the company.

“This introductory offer will be available every time a customer uses Shell EasyPayTM with their fuel transaction from November 12, 2020 to December 31, 2020. Beyond December 31, 2020, Shell will continue to offer customers the ability to opt into the Drive Carbon Neutral program by contributing two cents per liter.”

Romania’s 65-million-year-old fish species: the race to save it from extinction 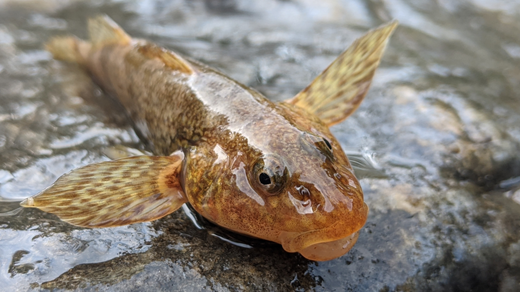 On a tiny stretch of the fast-flowing Valsan river in Romania lives one of the rarest fish in Europe, and quite possibly the world. The 65-million-year-old Asprete was first discovered by a biology student in 1956, and for decades it has teetered on the brink of extinction. The Asprete is a small nocturnal fish that hides under rocks in shallow waters. The current population of Asprete is around 10-15 specimens, which are thought to exist on a 1km (0.6 mile) stretch of the shallow, rocky Valsan. This compares with around 200 specimens in the early 2000s.

Scientists have thought the fish extinct, however, they have been encouraged by a recent discovery in the river. A field biologist, Andrei Togor, was studying Asprete subspecies when he discovered a dozen or so under a rock. The Asprete is a so-called “living fossil”, which means it has survived for millions of years largely unchanged. But a mere six decades of human activity has severely impacted its habitat and population. One of the major impacts on this species and the surrounding ecosystem has been a series of hydroelectric built on the mountainous river network under Romania’s communist regime in the late 1960s. “The communist plan didn’t care about this endemic species” says Togor. He goes on to explain that “[saving] this species would be an inspiration that not all is lost.” To read more about the action plan to save the Asprete click here. 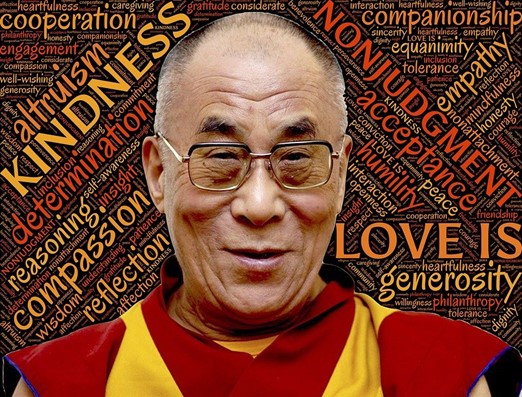 There is no surprise that Buddha would have been an environmentalist, it is even more evident as Dalai Lama has stated in his new book that “Buddha would be green” as he urges world leaders to take action against climate change.

Dalai Lama is Tibet’s highest spiritual leader yet describes himself as a simple Buddhist monk. As a Nobel peace prize recipient he worries that “global warming may reach such a level that rivers will dry” in an interview with Channel 4.

He is supportive of large scale tree planting operations as well reducing meat consumption worldwide to combat the climate change. He also stated “The big nations should pay more attention to ecology. I hope you see those big nations who spent a lot of money for weapons or war turn their resources to the preservation of the climate.” in his interview, and he is not wrong there.

With his own personal contribution coming from education and showcasing compassion, he also is now using zoom to connect with the world, due to the restrictions on travel and distancing from the pandemic to spread his teachings and now concerns for climate change. Now let’s hope that world leaders hear him out and move into a greener transition for our future – if buddha would do it, we should too! 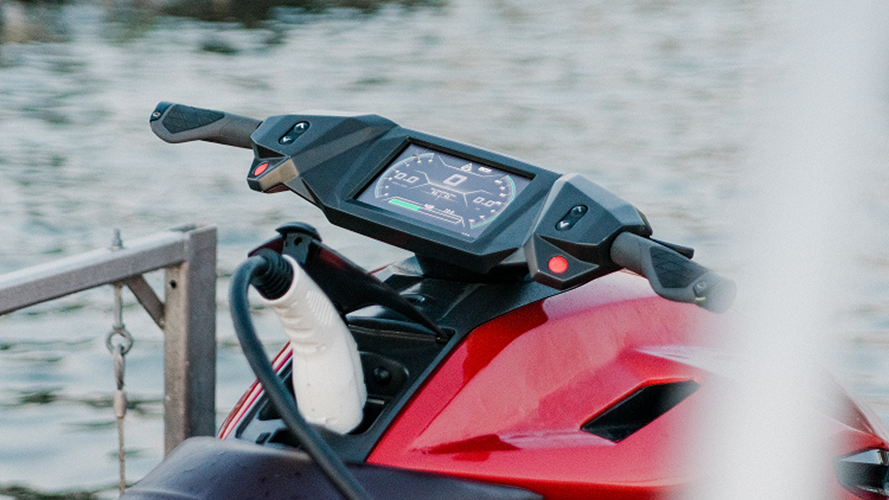 Not just cars are moving into the realm of electric mobility – our toys are too. Tiaga motors, the producers of electric powersports and ABB, the e-mobility leader partnered together to create a sustainable electric off-road snowmobile.

With the predictions of snowmobile growth rising over 6% between 2020 – 2026 an electric fleet would be promising to implement sooner than later. Snowmobiles emit dirty pollution in pristine areas, as they are one of the vehicles that do not need a catalytic converter, the converter is an emission control device that is a part of the exhaust system in combustion engines. With no catalytic converters – it amplifies the amount of emissions produced by the snowmobiles.

By one snowmobile becoming electric is the same as electrifying over 40 cars. This partnership will move the recreational off-road vehicles into the future of sustainable mobility, with the availability of the electric snowmobiles starting this winter and more will follow towards next fall.

There is a ‘Mission to Zero’ initiative that ABB is focusing on, it encourages carbon reduction and creating solutions to a cleaner future. This provides hope in other off-road vehicles such as ATVs and watercrafts to pursue the electric route as well in the near future.

Teo Guzu is a Masters in Environment and Sustainability student. Her background is in the field of Sociology and Global Development Studies. Her interests lie in wildlife conservation, waste management, and urban development. In her free time, she enjoys spending time with her family/friends and her dog Charlie, reading, and watching docu-series on various topics.