This is the Week This Friday! 6 quick-and-smart briefs about happenings in the environmental space!

Tough Plastics Can Now Be Made Recyclable 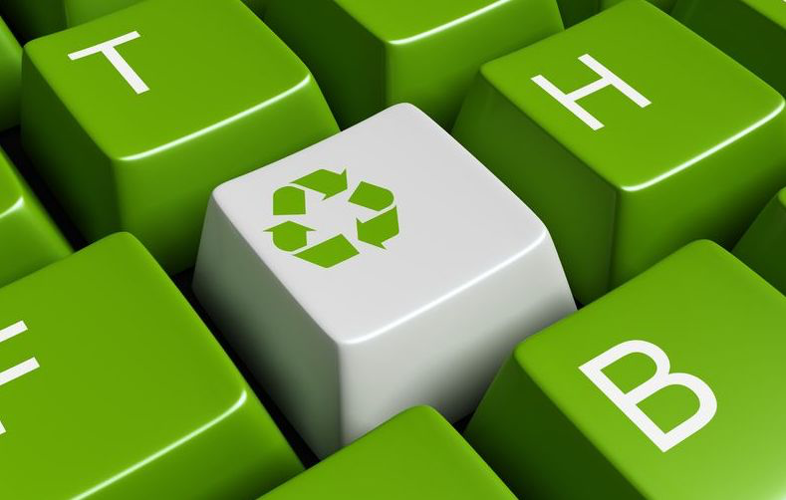 This is the Week This Friday! 6 quick-and-smart briefs about happenings in the environmental space!

Tough Plastics Can Now Be Made Recyclable

Chemists at Massachusetts Institute of Technology have now found a way to make tough plastics recyclable. This study can help change items made with thermoset plastics which were once irreversibly hardened to now being able to be broken down after use or recycled without affecting their mechanical strength. These tough plastics exist in tyres, construction equipment, car parts and electrical appliances, to name a few.

The second major group of plastics which account for 75% of global plastic production, known as thermoplastics are what are found in single-use plastics such as plastic bags, shampoo bottles, plastic water bottles, toys etc. These are easily recyclable as they can be reheated to become a liquid, reshaped and cooled into a new shape. However, thermoset plastics are difficult to return to the liquid state due to the strong chemical bonds that are too difficult to break. Upon heating these items they burn before they can be remolded.

What a great finding for recycling and reduction of plastics being sent to the landfill this Plastic Free July. This campaign aims to reduce plastic waste. Once proper recycling systems are put in place for thermoset plastics, this will also help reduce the impacts of plastics disintegrating and degrading into smaller pieces which are difficult to see but easier to move around into the air, water and land, easily causing many issues.

Microplastics have been found in the bowels of sharks that live near the seabed off the UK coast. A study conducted by the University of Exeter along with scientists from Greenpeace Research Laboratories studied four different species of seabed-dwelling shark. The researchers examined the stomachs and digestive tracks of four different species of shark. Of the 46 sharks examined, 67% contained microplastics and other human-made fibres, with 379 particles found in total. The researchers say that this discovery highlights the “pervasive nature of plastic pollution”.

When commenting on the possible sources of the particles, lead author Kristian Parton states his surprise in finding “not only microplastics but also particles such as synthetic cellulose, which is most commonly found in textiles (including disposable hygiene items like facemasks) and clothing”. Sound familiar? One of the articles in WTF Vol. 5 talks about how microplastic fibres are contributing to the ocean plastic crisis in Irish waters. To recap, when clothing is washed or fibrous items are discarded as litter, small fibres are released which often flow into water sources and out to sea. Once in the oceans, these microfibres float or sink to the bottom. In this case, the fibres could then be ingested by the shark’s food source, which is most likely crustaceans, or through sediment on the seabed where the sharks live.

The study highlights how important it is to think before you dispose of waste. But more importantly, make smart purchasing decisions so maybe you won’t generate as much waste in the first place. 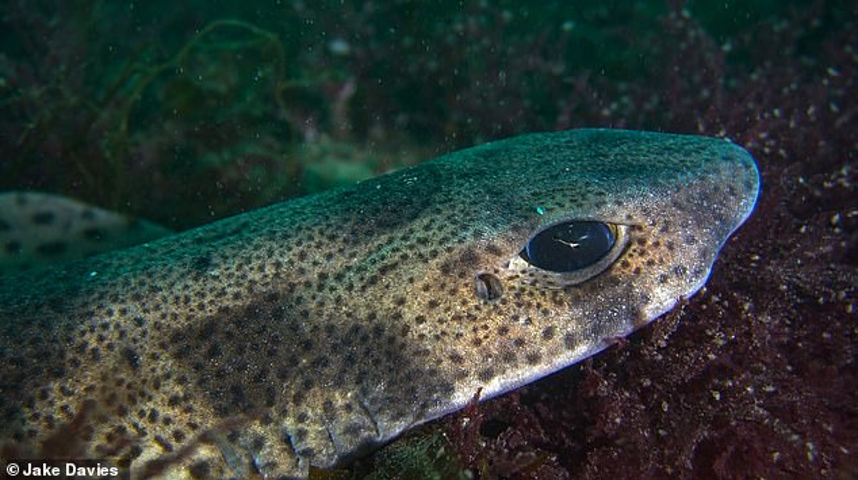 WHAT YOU NEED TO KNOW ABOUT THE ONTARIO OMNIBUS BILL 197 – SETTING CANADA’S ENVIRONMENTAL POLICY BACK TO THE 1970’S.

On July 8th the Government of Ontario introduced an omnibus bill (Bill 197 aka the COVID-19 Economic Recovery Act) which proposes to amend 20 pieces of legislation with minimum debate in the Legislature and no public consultation. Among the amendments include changes to Ontario’s Environmental Assessment Act. Unfortunately, the bill passed on Tuesday in an effort to speed-up projects after the devastation of COVID-19. Here’s what you need to know.

So basically, instead of all major projects being subject to some form of assessment, an EA will only be deployed on specific projects – and the public won’t even have a say in it. Environmental assessments have been one of the primary means of sustainable development and public participation in major infrastructure project decision-making since the 1970’s.

Now that the bill is passed, Ontarians will be left voiceless in the dark about projects happening right here at home. This article in Ontario Nature speaks about the specific environmental impacts of the bill. For more information on Bill 197 click here. 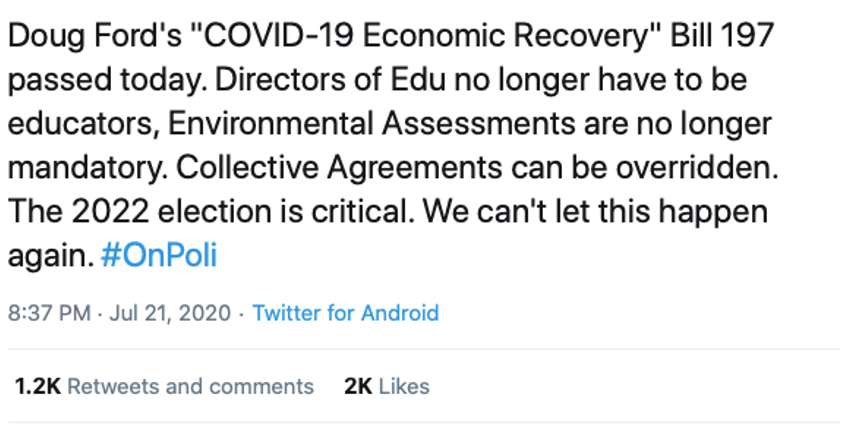 Although it seems like plastics are taking over the world (because they are), a research team consisting of consisting of Professor Hyung Joon Cha and a doctoral student Seongwook Woo of the Department of Chemical Engineering at POSTECH with Professor Intek Song of Andong National University  has found a beetle in Korea that can decompose polystyrene. Polystyrene is used in protective packaging i.e. CD cases, packing peanuts, containers, lids, bottles, trays, you get the picture. This material is extremely difficult to break down because of its unique molecular structure, which is also the reason why it is widely used. The issue of plastic waste is made infinitely worse by the fact that plastics can take as long as hundreds of years to decompose. Read more about the study here.

Amazingly, the research team found that the larvae of a darkling beetle indigenous to Eastern Asia can consume polystyrene and reduce its mass and molecular weight. The team isolated the bacteria ’Serratia’ in the intestinal tract of the beetle larvae. When polystyrene was fed to the larvae for two weeks, six times the amount of Serratia appeared in the gut flora. This is great news. Because of the simplicity of the bacterial strain found in the gut flora of the larvae, makes the development of a polystyrene-decomposing flora highly anticipated. Additionally, the unique diet of the larvae presents the possibility that polystyrene can be broken down by other insects that feed on rotten wood.

This study gives hope of finding solution to the Great Pacific Garbage Patch – a swirling gyre of plastic debris in the North Pacific made up of 13 million tons of plastic that flows into the ocean from the 20,000 units of plastic consumed per second around the world. The eventual hope is that this new research can help decompose some of plastic. 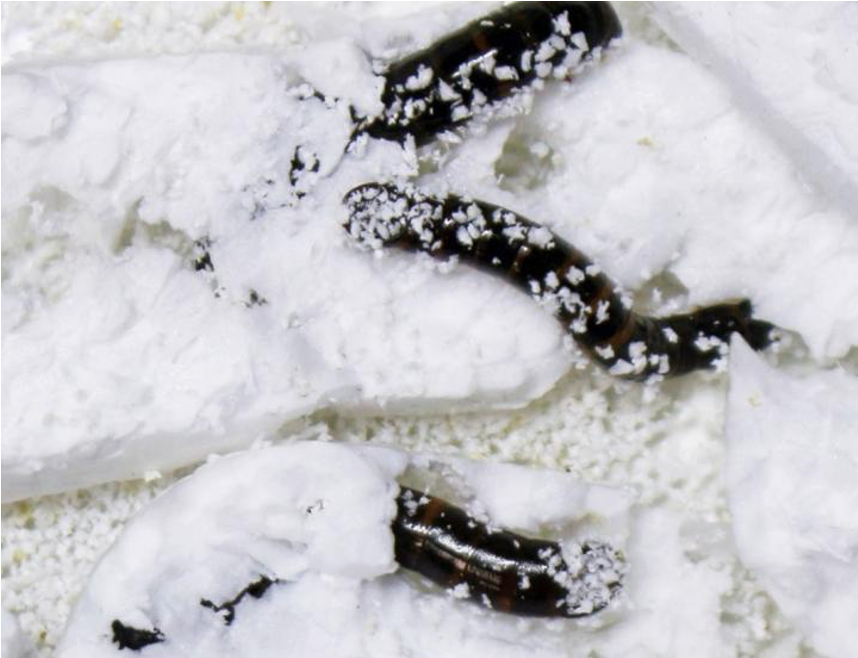 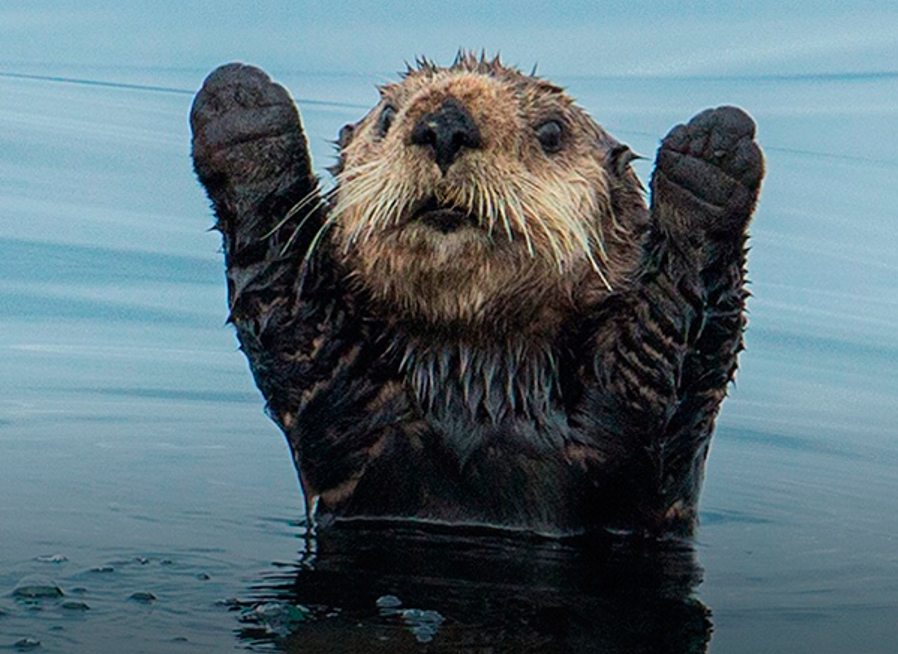 Temperatures are rising in the Arctic; this we already knew. What I bet you didn’t know is that the retreating ice and snow has opened up new territory for our beloved Canadian mascot, the beaver.

According to the Independent this week, “beavers have expanded into many tundra regions where they’d never been seen before and are building more and more dams in their new homes, creating a host of new water bodies.”

While I am all for beavers building new homes (enough with the deforestation and habitat destruction), this change could accelerate the thawing of permafrost, releasing stored GHGs like carbon trapped in the soil. According to Ingmar Nitze from the Alfred Wegener Institute, Helmholtz Centre for Polar and Marine Research, in Potsdam, the northern Baldwin Peninsula is experiencing a beaver dam boom. Dr Nitze told the Independent, ““We’re seeing exponential growth there. The number of [beaver dams] doubles roughly every four years.”

According to the Independent, beavers are a keystone species. This means that their presence in the ecosystem is EXTREMELY important. Not only do they create environments which support other species, they are a food source for common predators like wolves, black bears, and coyotes. As we have learned from the wolf culls out in BC (check out last week’s WTF), population control is not going to be the solution here.

While beavers are not to blame for this problem (we are!!!!), it definitely isn’t helping. 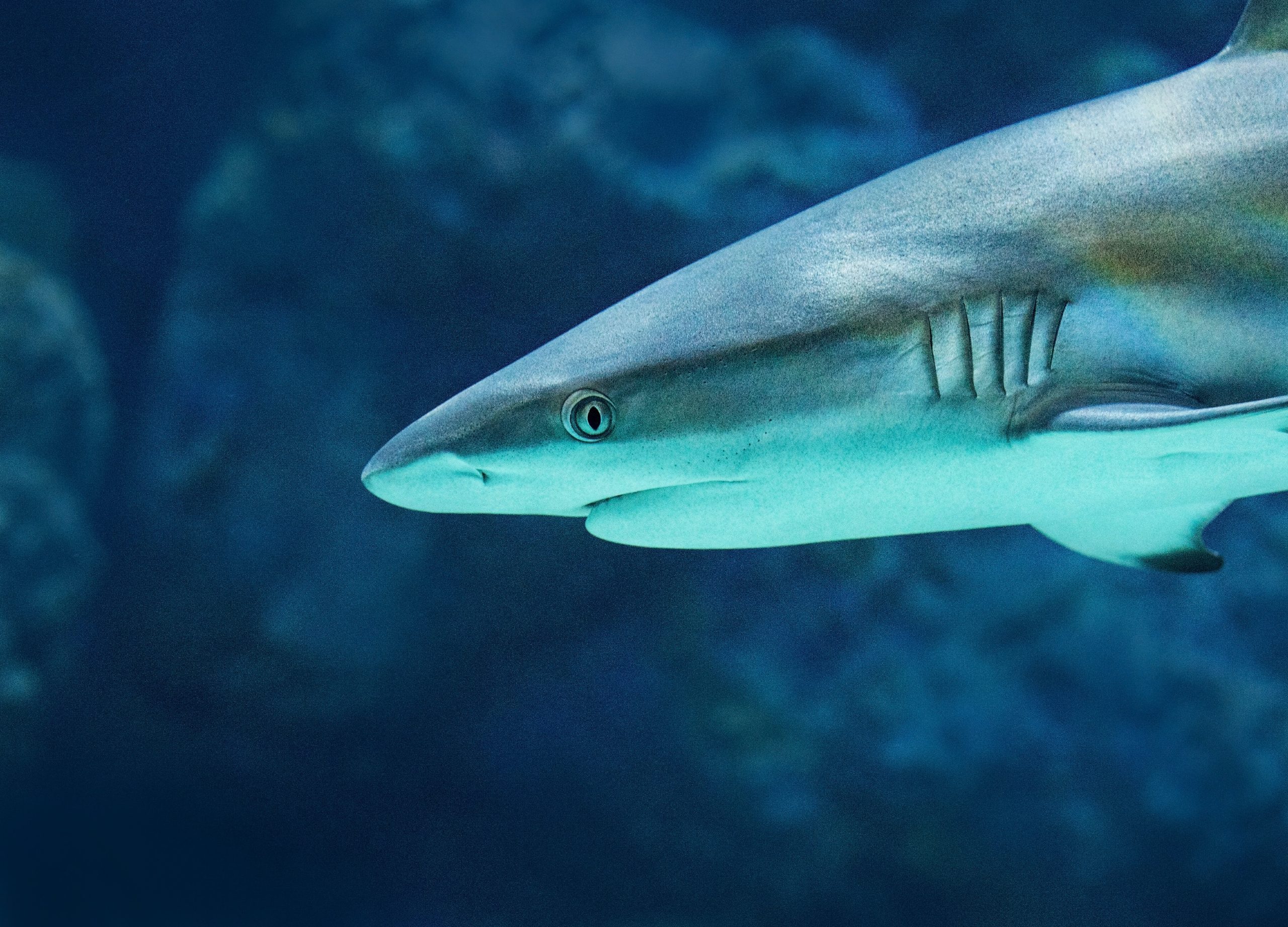 Photo by David Clode on Unsplash

And no, not the kind of shark warning you’re thinking of. Maybe ‘human’ warning, or even better ‘unsustainable fishing warning’ would be a little more suitable, though maybe less eye catching. An article published by the BBC states that sharks are rarely seen at one in five of the world’s coral reefs.

The crash in shark numbers has been observed due to over-fishing in ocean fisheries and could potentially have detrimental effects on the survival of these coral reef ecosystems. Sharks play an important role in these ecosystems as they act as the apex predator, keeping the populations of fish beneath them in the food chain in check. The health of sharks is also a good indicator of coral reef health.

The research which was published by the Nature journal claims that species such as grey reef sharks, blacktip reef sharks and Caribbean reef sharks were missing in coral reefs where they were historically found. These locations include The Dominican Republic, Kenya, Vietnam, the French West Indies and more.

Researchers said that all hope is not lost thankfully and that through regulation we can help the species bounce back. This would include restricting certain fishing gear types, setting catch limits, and outright banning catching and trading sharks when necessary. With 100 million sharks being killed by humans each year, I’d say it’s about time we put an end to the unnecessary overfishing of the species.

W2RhdGEtdG9vbHNldC1ibG9ja3MtaW1hZ2U9ImFjZGQ4ODc1NDU3NjM5YTllMTlmNWVjYWFlYmM3MmQ0Il0geyBtYXgtd2lkdGg6IDEwMCU7IH0gIFtkYXRhLXRvb2xzZXQtYmxvY2tzLWltYWdlPSIzMmYxMDc2ODUyZWZmZWU1ZGZjMzQ1N2VmZWM1MjEzYiJdIHsgbWF4LXdpZHRoOiAxMDAlOyB9ICBAbWVkaWEgb25seSBzY3JlZW4gYW5kIChtYXgtd2lkdGg6IDc4MXB4KSB7ICAgIH0gQG1lZGlhIG9ubHkgc2NyZWVuIGFuZCAobWF4LXdpZHRoOiA1OTlweCkgeyAgICB9IA==
Teo Guzu
W2RhdGEtdG9vbHNldC1ibG9ja3MtaW1hZ2U9ImFjZGQ4ODc1NDU3NjM5YTllMTlmNWVjYWFlYmM3MmQ0Il0geyBtYXgtd2lkdGg6IDEwMCU7IH0gIFtkYXRhLXRvb2xzZXQtYmxvY2tzLWltYWdlPSIzMmYxMDc2ODUyZWZmZWU1ZGZjMzQ1N2VmZWM1MjEzYiJdIHsgbWF4LXdpZHRoOiAxMDAlOyB9ICBAbWVkaWEgb25seSBzY3JlZW4gYW5kIChtYXgtd2lkdGg6IDc4MXB4KSB7ICAgIH0gQG1lZGlhIG9ubHkgc2NyZWVuIGFuZCAobWF4LXdpZHRoOiA1OTlweCkgeyAgICB9IA==
Teo Guzu is a Master’s in Environment and Sustainability student with a focus on policy and research. Her background is in the field of Sociology and Global Development Studies where she developed an interest in how climate change disproportionately affects different communities. Her interests lie in plastics and waste management, conservation, and clean technology. In her free time, she enjoys spending time with her family/friends and her dog Charlie, reading, writing, and watching docu-series on various topics.
Shanella Ramkissoon
W2RhdGEtdG9vbHNldC1ibG9ja3MtaW1hZ2U9ImFjZGQ4ODc1NDU3NjM5YTllMTlmNWVjYWFlYmM3MmQ0Il0geyBtYXgtd2lkdGg6IDEwMCU7IH0gIFtkYXRhLXRvb2xzZXQtYmxvY2tzLWltYWdlPSIzMmYxMDc2ODUyZWZmZWU1ZGZjMzQ1N2VmZWM1MjEzYiJdIHsgbWF4LXdpZHRoOiAxMDAlOyB9ICBAbWVkaWEgb25seSBzY3JlZW4gYW5kIChtYXgtd2lkdGg6IDc4MXB4KSB7ICAgIH0gQG1lZGlhIG9ubHkgc2NyZWVuIGFuZCAobWF4LXdpZHRoOiA1OTlweCkgeyAgICB9IA==