SodaStream is Bubbling with Good News 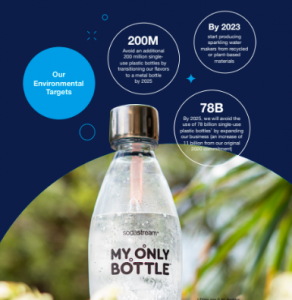 Carbonated beverage fans unite – as SodaStream has shared their environmental overview of 2020, and it bubbled with some environmental wins. With eliminating single-use plastic waste with the mission to revolutionize the global beverage industry with a lower impact to our planet. With just one reusable bottle, it saves a family approximately 3,000 disposable bottles every four years.

With sustainability as one of their core values for the product, they aim to hit even more environmental wins by focusing on goal 12 (Responsible Consumption and Production) and 13 (Climate Action) of the UN’s Sustainable Development Goals. They aim to avoid an additional 200 million single use plastic bottles by swapping to a metal bottle by 2025. They also, by 2023 will start producing sparkling water makers from recycled or plant-based materials.

The CO2 cylinders are designed to be in a closed loop, from the manufacturing side all the way to the consumer side where the cylinders are returned and then reintroduced back into the market again. Making this possible through retail partners and online exchanges. For the future, plans are to boost inputs from solar energy five-fold to 10% over the next two years. Now that is something to feel bubbly about.

Over 25,000 Barrels Found at Toxic Dump Site in Pacific Ocean Off LA Coast 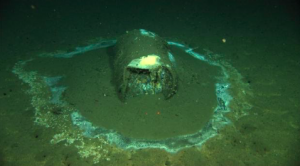 Marine scientists say they have found what they believe to be more than 27,345 barrels that possibly contain DDT (a colorless, tasteless, and nearly odourless insecticide) dumped off the Southern California coast, where a massive underwater toxic waste site dating back to World War II has long been suspected.

This environment strategy has been wreaking havoc on the marine environment for decades and its effects are still being felt today. According to CBS News, the toxic chemical DDT is making its way higher up the food chain through bioaccumulation. Now, it is in marine mammals up and down the California coast.

According to Marine Mammal Center veterinarian Dr. Cara Field, “about 25% of adults, subadults, have cancer and that is an extremely alarming number,” referencing California Sea Lions. “Given the very severely high rate and how abnormal it is, it is really important that we understand what is driving this disease in these animals,” explaining a possible link to DDT.

Let’s look at clean-up efforts. Diana Aga, a chemistry professor at University at Buffalo who is not affiliated with the study, said the findings were shocking if the barrels are proven to contain the toxic chemical. “That’s a lot of DDT at the bottom of the ocean,” she explained. She goes on to explain that if they barrels haven’t leaked yet, they can be moved and disposed of in a safer place. If they have leaked, scientists could take samples from the water, sediment and other marine life to gauge the damage to marine ecosystems in surrounding areas. 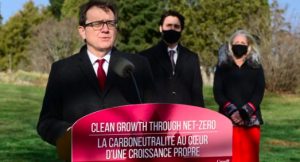 Bill C-12 was introduced in the fall of 2020 but has “been stuck at the second-reading stage in the House of Commons” until the minority Liberal government gains support from at least one major opposition party.

The current bill outlines a series of 5-year targets that aim to reach net-zero greenhouse gas emissions by 2050. However, the NDP have been asking the Liberals to set a 2025 target to ensure the current decade stays on track with reducing emissions. Wilkinson stated in a letter to two NDP MPs that, if he gets to committee, he is prepared to address this concern to support the additional accountability of working toward national climate change goals.

Wilkinson said the government’s proposal for better short-term goals for climate action accountability includes progress reports for the years 2023, 2025 and 2027.

“The additional requirements could include estimates of projected greenhouse gas emissions over time as well as projected reductions resulting from measures taken. This will ensure Canadians have a clear and publicly available picture of Canada’s overall trajectory toward meeting our enhanced 2030 target,” reads Wilkinson’s letter.

Putting these additional checkpoints in place will be critical to ensuring Canada stays on track with emission reduction goals. 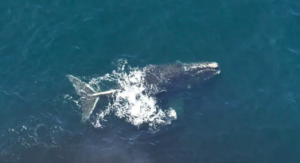 The first sighting of the season of the at-risk North Atlantic right whale in Canadian waters occurred on April 25, 2021. It was spotted from a plane northeast of the Magdalen Islands in the Cabot Strait on the east coast. Sean Brilliant, from the Canadian Wildlife Foundation, says the whales have arrived “on time, perhaps a little bit early” to the northern waters.

North Atlantic right whales are critically endangered species, which is the most severely threatened status before extirpated and extinct. Ship strikes and entanglement in fishing gear are leading causes of this species decline. For more information about right whale populations and the threats they face, check out the first story in our WTF Volume 43.

Following the sighting of this species at risk, measures to protect their populations were put in place. These measures included automatic fishery closures ordered by the Department of Fisheries and Oceans (DFO) and shipping-lane restrictions ordered by Transport Canada in the Gulf of St. Lawrence. In the area where the whales were spotted, fishing activity will be closed for 15 days minimum. If a second sighting occurs during days 9 to 15, that area will be closed until November.

“This is a fairly severe and drastic closure in an attempt to make sure that we’re doing the best we can to keep fishing gear away from whales,” Brilliant said.

Monitoring of these right whales will be ongoing. Researchers will continue using aerial drones, underwater gliders, acoustic sensors, and aircraft with active observers on board to best track this species and ensure they are protected in the areas they occupy. 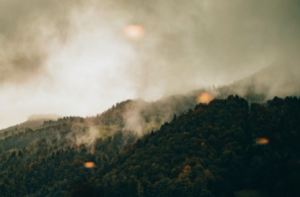 The environment is put on the back burner again for Brazil. Approval was passed by their president Jair Bolsonaro to cut the environment ministry budget, just a day after pledging to provide more funding for the country to fight deforestation. Promises were made to double the money reserved for environmental enforcement and to put a stop to illegal deforestation by 2030.

The vows took place at a U.S. climate summit, but there is criticism that the fundings were cut due to a negotiating deal with the U.S. to receive financial aid to protect the Amazon rainforest. Environment Minister Ricardo Salles had put in a request to the economy ministry to review the numbers to the pledge made due by President Bolsonaro, at the virtual climate summit that was hosted by President Joe Biden.

With deforestation records hitting an all time high in the past 12 years, activists and indigenous groups are hoping their outcries are heard, as the lack of environmental enforcement is underfunded and illegal logging and mining is going on in protected areas.

While President Bolsonaro rejected such claims, he praised Brazil as an example for conservation measures. But at the last summit, he promised Brazil would move to zero carbon emissions by 2050 – making it 10 years earlier than previously agreed on. Last week, the environmental minister stated that the country is in need of $1bn of foreign aid to reduce the amount of deforestation in the Amazon by 30 – 40% within a year. But politicians and environmentalists urge for Brazil to come forward with results first before any financial aid is dished out by other countries.

The Ocean Conservancy released an article the other day exploring 4 recently discovered ocean species. Discoveries like these will surely continue to be documented given that more than 80% of our ocean remains unmapped or unexplored. Over the past 12 months or so, several interesting new marine organisms have been observed. Here’s a summary and some added information.

1. A ‘Sea Jelly’ that mimics a hot air balloon 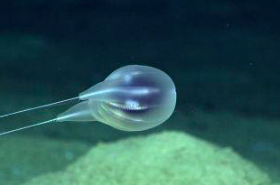 Scientists discovered this new species of comb jelly in deep underwater trenches off the coast of Puerto Rico that they said was observed moving like a hot air balloon tethered to the seafloor. Researchers from the US scientific agency, the National Oceanic and Atmospheric Administration (NOAA), discovered the new species of ctenophore using underwater cameras.

Speaking of jellyfish, another incredibly fascinating discovery was a creature that looks like a bunch of strings thrown into the ocean. 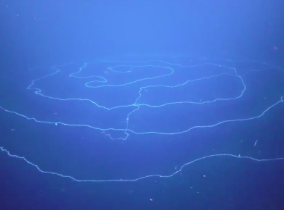 The official name is: siphonophore Apolemia. Siphonophores are typically long, thin, transparent floaters that occupy the open ocean. They emit light to lure in potential prey and use jet propulsion to move through the water. Siphonophores are actually large colonies of bodies, similar to corals. Individual bodies clone themselves thousands of times into different kinds of specialized units, strung together in 100-foot-long ropes. 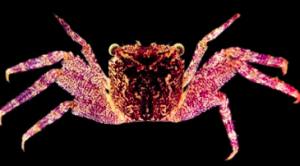 A brand new species of tree-spider crab was discovered in the lush mangroves of Kerala, India. Researchers from the University of Kerala collected about 3 specimens of crabs just by chance. As it so happens, during a visit to the University of Kerala, Professor Peter Ng, head of the NUS Lee Kong Chian Natural History Museum, saw the specimens. He recognized the crab as a new member of the genus Leptarma. The discovery was documented in the journal Crustaceana.

4. A sea snail disguised as another snail

Last but not least, researchers from Tohoku University and Okayama University studying marine snails happened upon a brand new species: Tegula kusairo. To read a comprehensive list of the differences between the seemingly very similar species click here.