It’s 2019 and people are becoming more aware of the seriousness of the climate crisis and more importantly, the part we as nations, communities and humans play in addressing it. In recent years, a large number of communites in Canada have been developing sustainable energy plans. For instance, Oxford County, Ontario and Vancouver, British Columbia are committed to achieving 100% renewable energy sources by 2050. Vancouver is also aiming to reduce its greenhouse gas emissions by at least 80% below 2007 levels.

It’s 2019 and people are becoming more aware of the seriousness of the climate crisis and more importantly, the part we as nations, communities and humans play in addressing it. In recent years, a large number of communites in Canada have been developing sustainable energy plans. For instance, Oxford County, Ontario and Vancouver, British Columbia are committed to achieving 100% renewable energy sources by 2050. Vancouver is also aiming to reduce its greenhouse gas emissions by at least 80% below 2007 levels. The cities of Guelph and Markham are going Net Zero Carbon by 2050. So, what about the community I live in, the Region of Waterloo?

In 2013, local organizations and community members of the Waterloo region collaborated with the Sustainable Waterloo region, Reep Green solutions and the Region of Waterloo to develope the Climate Action Plan. This was done in order to join a nation-wide effort to reduce total greenhouse gas (GHG) emissions in Canada. Cities across Canada are decreasing their total GHG emissions to reach a community reduction target. The Region of Waterloo is aiming to reduce its GHG emissions by 6% from 2010 levels by 2020.

According to Ken Seiling, a former (and the longest sitting) Chair for Waterloo Region, 6% was the chosen target because Climate Action Waterloo Region (ClimateActionWR) believes it is realistic and achievable. There are many important projects in the community that can help us reach this goal, which will mean reducing GHG emissions by 842,000 tonnes by 2020. To visualize this, just 1 tonne of GHG is equivalent to the area of an average two-storey three bedroom house.

I wanted to know more about where the target stands currently, what the region has been doing to reduce emissions and achieve its targets, and how all the organizations involved work together.

Fortunately, I had the opportunity to sit down with Tova Davidson, the Executive Director for Sustainable Waterloo Region, and Samantha Tremmel, the Interim Plan Manager for ClimateActionWR. 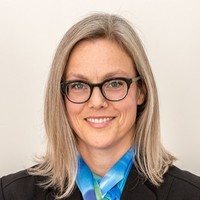 What does Sustainable Waterloo Region have to do with the ClimateActionWR? I wondered. “Climate Action Waterloo Region is a programme Sustainable Waterloo Region and Reep Green Solutions run together,” explains Ms. Davidson. It collaborates with local organizations, community members and municipalities to reduce local greenhouse gas emissions. She also adds that “Part of their [Climate Action WR’s] job is to support and promote other organizations in the work they are doing to reduce emissions. They do this through conversation, policies and connections to the community.” The 6% reduction by 2020 is not Climate Action WR’s only target. They have a long term “80 by 50” target too, which simply means reaching an 80% reduction in GHG emissions by 2050.

So, how has the city been working to achieve the 6% target? In Waterloo, the 2015 emissions breakdown shows that the transportation sector is the largest emitter of CO2 at 49%, followed by industrial, commercial, and institutional work places at 27%, our homes at 18%, agriculture at 5% and waste management at 1%. Ms. Davidson mentions that the transport sector is a major focus for the Waterloo Region because it carries the largest footprint. 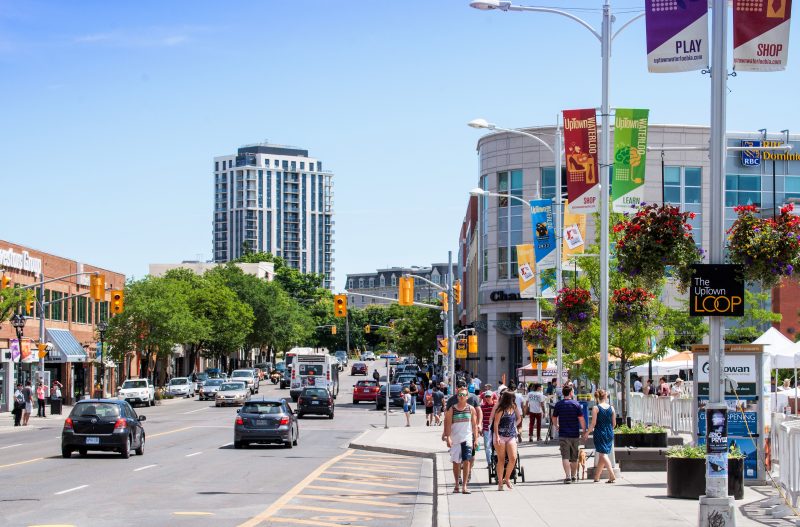 Actions taken to reduce GHG emissions from the transportation sector include an initiative called the Community Access Bikeshare (CAB). CAB is a project designed to provide affordable public access to bicycles to get to meetings or run errands, as well as a way to encourage exercise. Kitchener-Waterloo currently has nine bikeshare locations. Similarly, another initiative is the community carshare, a way for households to own fewer vehicles and for the city to provide hybrid taxis that reduce fuel consumption, save money and lower GHG emissions. Lime, a transportation company who has placed electric scooters around the University of Waterloo campus and Waterloo Park, is also supported and promoted by ClimateActionWR. “It’s an interesting project and a decarbonization and pilot programme,” says Ms. Davidson. The ION light rail, which I greatly appreciate for its clean design and air conditioning this hot summer, is also a part of the initiative to reduce GHG emissions. The ION light rail only started its operation this June, but with the operation of fourteen electric, zero emission trains, some of the standard public buses have been taken off the roads.

An initiative taken by the waste management industries include the green bins, as over 50% of household waste by weight is organic and can be used as compost. When not properly disposed of, organic waste creates a potent GHG called methane during decomposition. Between 2010 and 2014, over 11,000 tonnes of GHG has been reduced by Waterloo Region residents using the green bins.

Lastly, for our workplaces, one initiative that’s been taken up is implementing green building standards. The municipality provides initiatives for developers to voluntarily adopt more sustainable building standards or energy efficient designs. These incentives may be reduced development charges, permitting additional floor area, or an expedited review process for buildings that meet higher construction and performance standards. Other workplace initiatives include LED street light retrofits, which are expected to reduce GHG emissions by 920 tonnes per year.

Other programs Sustainable Waterloo Region run include the ‘Regional Sustainability Initiative’. “It’s a target setting program for businesses, and we work with municipalities, schools, individual organizations and independent businesses to help them measure their carbon footprint. We set a target over a ten year period and we work to meet that target,” says Ms. Davidson.

The evolv1 building located in the David Johnson Research and Technology Park, Waterloo, is Canada’s first zero carbon building, according to its developers The Cora Group. The building is also a part of the work Sustainable Waterloo Region is doing, and their office is in the evolv1 building. “Right now, we are working on not only scaling this building and getting other people to understand what happens in evolv1, but also on the culture of sustainability in terms of ‘how do we get people to see themselves as sustainability actors and behave in a way we need them to?’”

Nengi is a fourth year Geography and Environmental Management student at the University of Waterloo. She is a summer intern with A/J