With apologies to Max, the central character in Maurice Sendak’s 1963 classic Where The Wild Things Are, and his arduous journey “in and out of weeks and through a day and into the night of his very own room”, Alice the Moose puts his to shame. Alice left her home park in the Adirondacks in upstate New York, swam across the St. Lawrence river, somehow made it across the four-lane 401 highway and finally completed her 570 km-long journey by arriving in Ontario’s Algonquin Park. Talk about a wild trip!

Alice was just doing what comes naturally – migrating with the seasons, in search of safer grounds and more plentiful sources of nourishment. And not just Alice. Lots of other animals. Thousands of different species of animals in every glorious manifestation have been migrating through what’s now known as the ‘Algonquin to Adirondacks’  region (A2A) for thousands if not millions of years. We humans joined the pilgrimage for our own survival, dodging the worst of winter’s wrath and following our meal-tickets as they embarked on their own migrations.

Turns out, there’s an interconnected network of trails and wildways stretching up the east cost of North America. You – or an Alice – could travel from Everglades National Park through Georgia’s Smoky Mountains, up the Appalachians, through the Adirondacks, across the Frontenac Arch and the St. Lawrence river and on into Algonquin Park. And there’s an organization that has charted these wildways, the species (and their movements) and the threats to biodiversity, particularly the numerous species-at-risk.

In October 2019, Wildlands Network released an interactive map of the Eastern Wildway, representing a major step forward in realizing a vision of connectivity for this region:

In their own words:

The Eastern Wildway contains some of North America’s most beloved national parks, preserves, scenic rivers, and other wild places, from the wilderness of Quebec, the Adirondacks, and the Shenandoah Valley, to the Great Smoky Mountains and Everglades National Park. Protecting and expanding these and other key core areas is crucial to rewilding the East.

I like the idea of rewilding. Of our spaces and our souls. Allowing our footfalls to provide the syncopation as we walk away our worries, lost-to-be-found in nature. And allowing nature to reclaim, to repossess, what we humans have taken from them, the birds, the bees, the flowers and the trees. 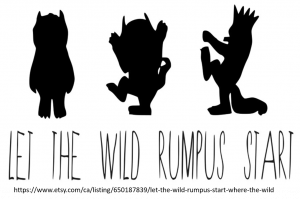 I was thinking about Alice recently when I came across a tragic story about a deer. This deer had managed to swim to Prince Edward Island – akin to Marilyn Bell swimming across Lake Ontario – only to be hit and killed by a transport truck not long after its arrival on the island. Alice had somehow survived an ordeal similar to our dearly-departed deer friend in PEI. And in Alice’s case, she was crossing one of the busiest highways in North America, the 401/TransCanada. At the point where Alice dodged death, the 401 is four lanes wide and busy almost 24 hours a day. This was Alice’s reality and the reality faced by every other ground-based species that migrates through the A2A region. The animals are simply following deep programming, genetic memories of migrations from hundreds of generations. The pathways are ancient. Highways are the interlopers, the recent development that benefits one species to the detriment of all others.

There are solutions. They go by a variety off names – wildlife overpasses, animal bridges, wildlife crossings – but I like to think of them as a modern iteration on an ancient tale. In the biblical story of Noah and his Ark, human wickedness required global cleansing, as the Almighty prepared to wash the sins of humans away through the medium of an unprecedented flood. But recognizing that the animals did not cause the wickedness and therefore should be saved, Noah was instructed by the Big Boss to construct a gigantic ark, a boat, that could hold a pair of each species. This would allow the animals to repopulate the world after the forty days of ‘cleansing’.

In our modern times, humanity constructs transportation monuments that seem built to demand animal sacrifice. But when we build a bridge – a Noah’s Arch – that allows wildlife to cross our highway infrastructures, we fulfill an obligation to right a wrong.

The A2A Collaborative’s Road Ecology project is aiming “to help reduce wildlife road mortality across the entire Algonquin to Adirondacks region by making recommendations on the best possible locations for wildlife crossings.” There are strong financial reasons to support these public works projects that buttress the moral reasons. In Alberta’s Bow Valley, a study found that “from 1998 and 2010 (there) was…an average of 62 WVCs (wildlife-vehicle collisions) per year. This amounts to an average cost-to-society of $640,922 per year due to motorist crashes with large wildlife, primarily ungulates.”

The judicious construction of wildlife crossings saves lives and saves money. And it makes our wildways that much more alive with wildlife. It’s time for us humans to do our part and prioritize wildlife crossings on our major highways and roadways.

Alice would thank you.