“I’m allergic to coalitions.” That’s what a prominent Canadian environmental leader once told me. It was 2012, and the organization I was working with at the time had broached the idea of uniting several groups in an effort to disrupt the entrenched “jobs versus nature” narrative.

“I’m allergic to coalitions.” That’s what a prominent Canadian environmental leader once told me. It was 2012, and the organization I was working with at the time had broached the idea of uniting several groups in an effort to disrupt the entrenched “jobs versus nature” narrative.

Unfortunately, the would-be partner wasn’t into it. The proposed assembly would be too unwieldy, he said, and his group’s specific interests and messages would end up diluted and lost in the crowd.

Partnerships and coalitions can be powerful. But the truth is, they do take effort. If it is to succeed, a coalition has to “feel right” on several levels. There needs to be trust and some basic rules of engagement. The whole thing rides on a continuing shared conviction that the whole is greater than the sum of its parts.

In the case of The Low Carbon Partnership — a new alliance of organizations helping Canadian businesses and communities take action on climate change, increase profitability, and grow the low carbon economy – all the pieces came together.

It took a funder to strike the match, says Mike Morrice, Executive Director of Sustainability CoLab, one of the three initial founding partners alongside The Natural Step Canada and Climate Smart. (A fourth partner, QUEST (Quality Urban Energy Systems of Tomorrow), joined the group later.)

That funder was the JW McConnell Family Foundation.

Morrice says each of the three initial groups had applied for funding for work that had similar objectives around advancing the low-carbon economy. Sensing there was an opportunity for the groups to do something special together, the foundation approved the funding requests, but topped up the grants with additional funding to seed a collaborative effort that would span the country.

We want people to point to us and say, ‘This is a best-in-class example of how you can do more together than apart.”

Elizabeth Sheehan, who is based on the West Coast — far from Ontario, where the others call home — says that without McConnell’s initiative, they would still likely be competing for resources. “I don’t know if I would have had the time to make that move without the foundation’s support,” she says

In late 2014, Sheehan, the President and co-founder of Climate Smart, flew to Ottawa to talk about a possible partnership with Morrice and Chad Park, then the Executive Director of The Natural Step Canada.

From square one, something just clicked.

“It was fantastic,” Sheehan recalls. “I was having a conversation with others doing similar work, and figuring out how we could support a different narrative about the role that businesses and communities needed to play in the climate fight, because I knew we couldn’t do that alone.”

“We all understood that this energy and economic transition was underway, and that businesses and communities were already playing a role, and that we needed to ramp up their involvement beyond the early adopters,” Sheehan adds.

But with a then-indifferent federal government, the three struggled to find a platform to really light a fire under Canada’s low-carbon economy.

The new crowd in Ottawa

Everything changed, of course, in October 2015, when a new government took the reins on Parliament Hill and shuffled climate action to the top of its list. Freshly minted Environment and Climate Change Minister Catherine McKenna assumed a leading role in the Paris Agreement negotiations.

Post-Paris, the partners realized that they were ideally positioned to help the government deliver on its COP21 commitments. Between them, they had enormous reach and expertise.

They had links to more than 1,200 businesses — from Bay Street firms to the mom and pops – that collectively generated some $100 billion in revenue. They also had deep ties with more than 200 communities, having helped dozens of local governments imagine a low-carbon future and put in place the initial steps they need to get there.

In short, combined, they had the relationships, networks, tools and track record in the trenches of low-carbon transition. To help fill geographic gaps, the partners brought QUEST onboard. QUEST, which has a similar mission, has representation in every province except PEI, Newfoundland and Labrador, and Saskatchewan. The group also has a North caucus covering the three territories. 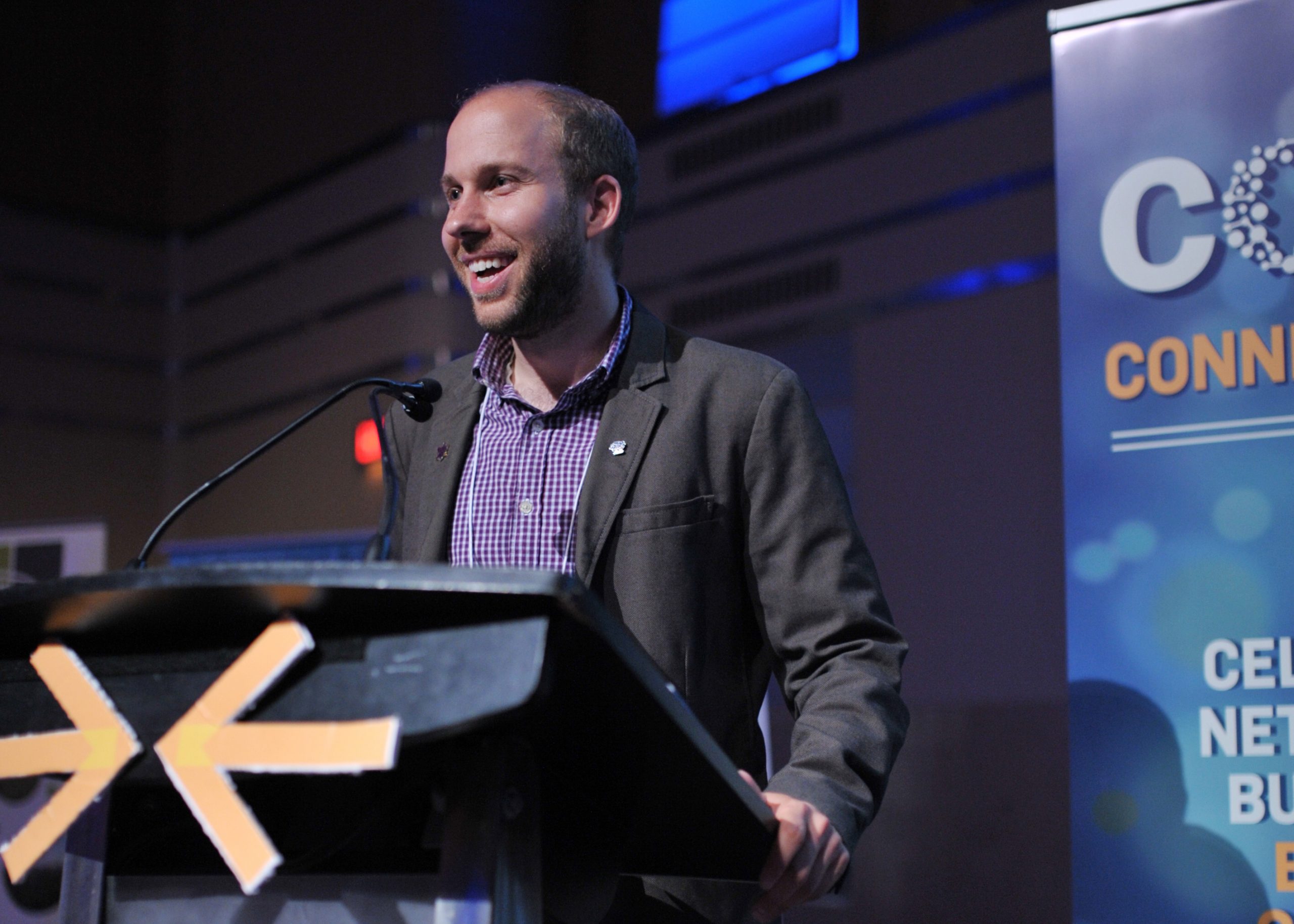 Park, Sheehan, Morrice and Brent Gilmour of QUEST gathered around a whiteboard in early March at the GLOBE Sustainable Business Leadership Summit in Vancouver to talk next steps.

They were literally across the street from the First Ministers Meeting, where Prime Minister Justin Trudeau and his team were assembling the initial pieces of a national climate and clean growth framework.

The first order of business was a submission to Minister McKenna’s Let’s Talk Climate Action portal, timed with an early-July public launch that included endorsements from a raft of political, business and civil-society leaders. These included a mayor, a provincial environment minister and representatives of banking and energy sectors, among others.

The four Low Carbon Partnership members now understand the human dimension to building the trust that underscores collaboration. It’s a mix of seeing one’s colleagues following through on commitments, and building on the common empathy that people who are working toward the same goal share. Weekly video conference calls help, too.

To Sheehan, the foundation of an effective coalition is about having “really genuine conversations around your goals, your way of working, your preferred approach to running projects. Do you like a messy kitchen to create a beautiful meal or do you do the dishes while you’re cooking?”

“If you get a lot of that out on the table at the front end, then you have more insight to help you navigate difficult discussions.”

Morrice employs another culinary metaphor to explain the underlying tension between four organizations that are used to competing for funding now sharing resources.

“Each of the individual partners needs to feel like the juice is worth the squeeze,” he says. “I keep checking my gut on this, and I know that I’m stronger as part of this network than I am working solo, even if I’m giving something up to be part of it.”

David Hughes, who assumed leadership of The Natural Step Canada just prior to the launch of the Low Carbon Partnership in July, is similarly excited by the potential and looks forward to finding new synergies, to reduce duplication and have a bigger impact.

“The Natural Step’s expertise in convening and facilitating difficult discussions on complex subjects, married with Climate Smart’s software and approach for measuring GHGs, CoLab’s ability to engage the private sector in taking action on climate change, and QUEST’s leadership in working with utilities makes for a powerful combination that is sure to make us stronger together,” Hughes says.

“We want people to point to us and say, ‘This is a best-in-class example of how you can do more together than apart. We want government to be citing us an example of a group that got it right, and left their egos and logos at the door and went beyond their self-interest in order to serve a greater cause.”

To Gilmour, executive director of QUEST, the aspirations of the individual players are as important as their mission statements. “In the case of the partnership, each of us realized early on that we share very similar values. We are, and want to be seen as, impartial, nonpartisan and level-headed. We don’t advocate, we provide highly credible information and support concrete action of others with proven strategies.”

By any measure of success, this low-carbon quartet is well on its way. And later this year, as Canadian businesses and communities work to implement a new Pan Canadian Framework on Clean Growth and Climate Change, its expert assistance will be close at hand.

James Glave (@jamesglave) is the principal of Glave Communications.