Have we learned nothing?

Have we learned nothing?

Just a few short months later and China is already back to pre-Covid air pollution levels. That didn’t take long! According to the Guardian this week, scientists from the Centre for Research on Energy and Clean Air announced that concentrations of fine particulate matter (PM2.5)  and nitrogen dioxide (NO2) in China are now back to the same levels they were last year around this time. Back in March, at the height of China’s lockdown “NO2 levels were down by 38% from 2019 and levels of PM2.5 were down by 34%.”

As lockdowns eased up, people began moving around again and the highest polluting industries wasted no time in recovering. According to Lauri Myllyvirta, the lead analyst of the study, “The rapid rebound in air pollution and coal consumption levels across China is an early warning of what a smokestack industry-led rebound could look like.” European countries, which had also seen drastic reductions in GHG emissions during the coronavirus lockdown, are also expected to rebound soon. Canada, are you listening?

While CO2 concentrations tend to peak in the springtime, emission levels during peak time last year were 2.4ppm lower than our current levels. According to scientists from the Scripps Institution of Oceanography, emissions would have to drop by approximately 20-30% for six to 12 months to make a difference. 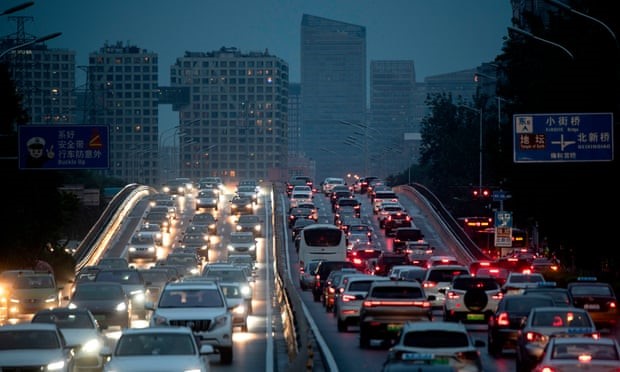 One of the few good things that came out of the coronavirus pandemic was the realization that we could live in a much less mobile world. During lockdown, we witnessed massive reductions of global CO2 and other GHG emissions which contribute to climate change. Experts and citizens alike encouraged decisions makers that this is the time to rebuild in a more sustainable way. Apparently, no one is listening. Unless governments get serious about rebuilding more sustainably, it looks like we are just going to go back to our old ways.

If you could choose your last meal on earth, what would you pick?

This week, researchers from the Royal Tyrrell Museum of Palaeontology in Drumheller, Alta., Brandon University, and the University of Saskatchewan uncovered what an 110-million-year-old dinosaur ate as its last meal.

Upon its death, the dinosaur, Borealopelta markmitchelli, washed out to sea somewhere near what is now northern Alberta. The animal sank to the bottom of the seabed, extremely well preserved in a fossilized state until its discovery in 2011 just north of Fort McMurray.

According to ScienceDaily, these kinds of discoveries are extremely rare, and little is known about what dinosaurs really ate. Previous speculation in dinosaurs’ diets were largely based on “tooth and jaw shape, plant availability and digestibility”, but was often unable to identify what specific kinds of plants they consumed.  This kind of information allows researchers to better understand where the animal lived, what the climate might have been like at the time, or what its preferred food source was. 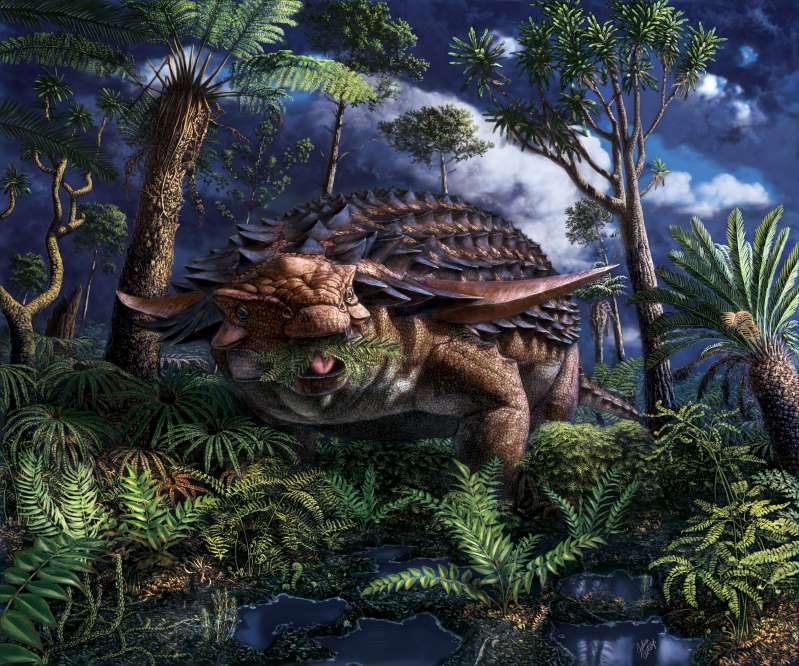 So, what did the Borealopelta markmitchelli have as its last meal? Researchers indicated they found “mostly fern leaves — 88 per cent chewed leaf material and seven per cent stems and twigs” in a stomach which was “the size of a soccer ball.” Interestingly, scientists also found charcoal from burnt plant fragments, indicating the dinosaur had been grazing in a recently burned area prior to its death.

Strangely, this individual dinosaur preferred to “eat particular ferns (leptosporangiate, the largest group of ferns today) over others, and not eating many cycad and conifer leaves common to the Early Cretaceous landscape.”

Apparently, this dinosaur was a picky eater!

A Sunny Future for Solar Energy

According to the International Renewable Agency (Irena), the cost of energy associated with photovoltaic solar has dropped 82% since 2010. Other notable cost reductions reported were also drops of 47% for concentrated solar energy, 39% for onshore wind and 29% for wind offshore. 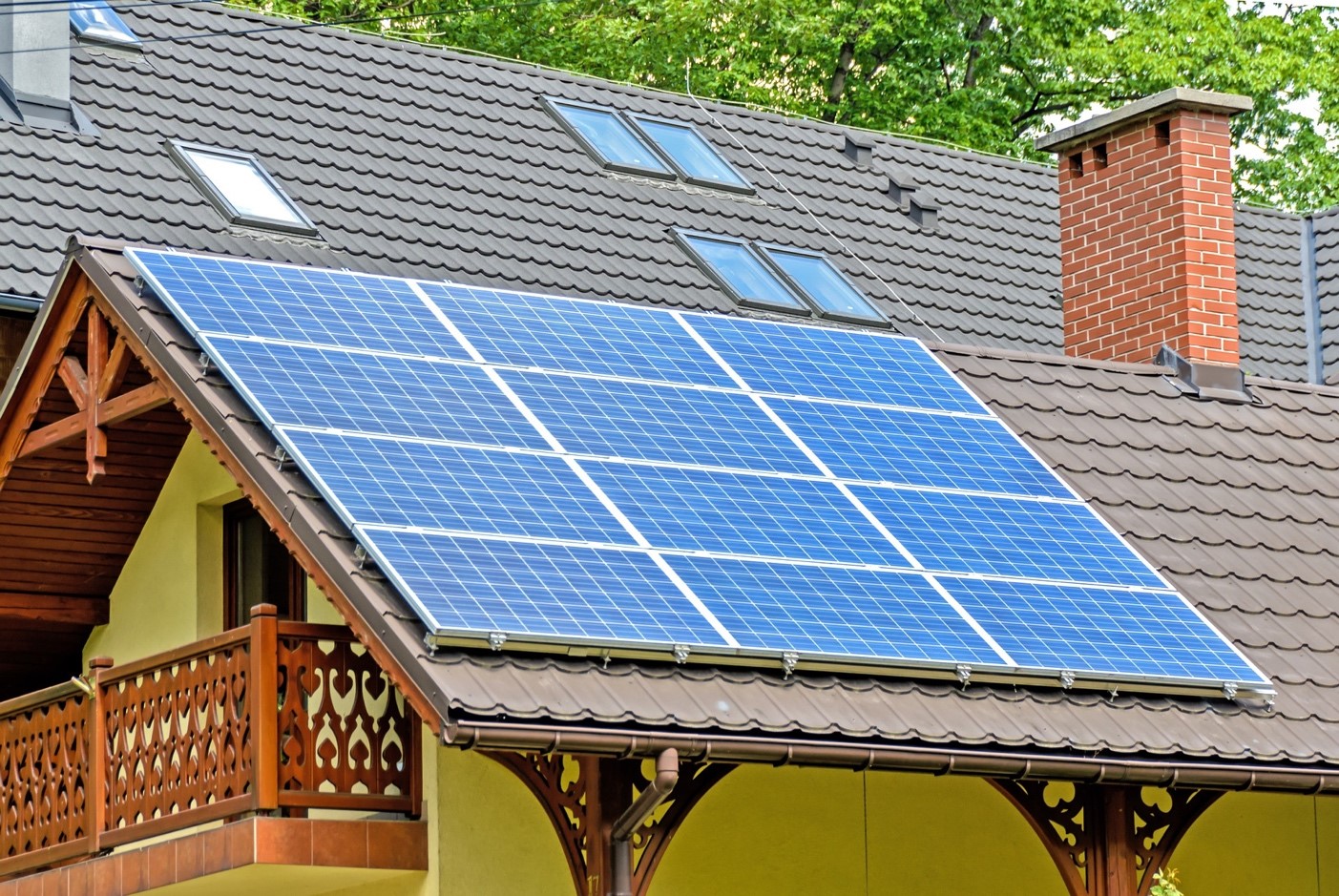 82%! Finally, I can tell everyone who echoed the tired sentiment of ‘why should I invest? It’ll be cheaper in a few years’ that the future is finally here, and it really is time to invest. But how are these drops in cost possible in just under 10 years? According to Irena these changes in cost were due to improving technology, supply chain competitiveness and growing developer experience.

With this decrease in cost has come an extreme increase in production, especially with respect to solar. Irena has reported that between 2010 and 2019, the global amount of solar capacity rose from 40 GW to 580 GW, representing a growth factor of 14 in the sector.

In a further blow to the fossil fuel industry and all of its diehard fans, a study by Irena states that due to these decreases in cost it is now “cheaper to commission new PV and wind power facilities than to keep many coal-fired plants in operation.”.

With a currently failing fossil fuel industry, what better time than now to invest in a more sustainable future?

Continuing what seems to be a fever dream of a year, 2020 has now brought about an oil spill so large that a state of emergency has been declared. Russian president Vladimir Putin declared this state of emergency after learning that 20,000 tonnes of diesel had leaked into a river near an environmentally sensitive region of the Arctic Circle. 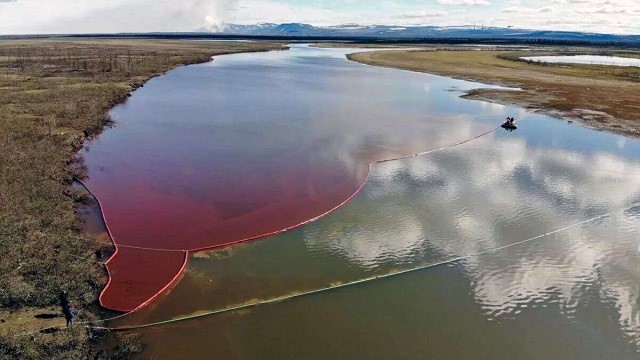 Just like every other oil spill, this one was attempted to be covered up however unfortunately for Norilsk Nickel, the owners of the power plant where this occurred, the sheer magnitude of this made it too large to be brushed under the rug. This attempted cover was so bad that the plant director has ended up in jail, with Putin saying, “Are we going to learn about emergency situations from social media?”. I’m not sure anyone should be surprised that the company who accidentally turned a nearby river red, have caused more environmental damage

The irony of it all is that apparently this spill is tied to the climate change that the burning of fossil fuels has brought on. It has been suggested that the tank from which the spill occurred collapsed due to melting permafrost associated with above average temperatures this month. It is suggested this cleanup will cost around $15bn and take between 5 – 10 years to complete.

Now imagine if the proposed $1.5bn was used to invest in renewable energy rather than cleaning up an outdated one? One can dream.

It’s time for nature! That’s this year’s slogan for World Environment Day (today). We’ve been losing species at rates that are simultaneously rising with increasing global temperatures and the population. Human impacts such as wildlife trade, habitat destruction and pollution accelerate the loss of species resulting in rippling effects within ecosystems, affecting the services they provide. 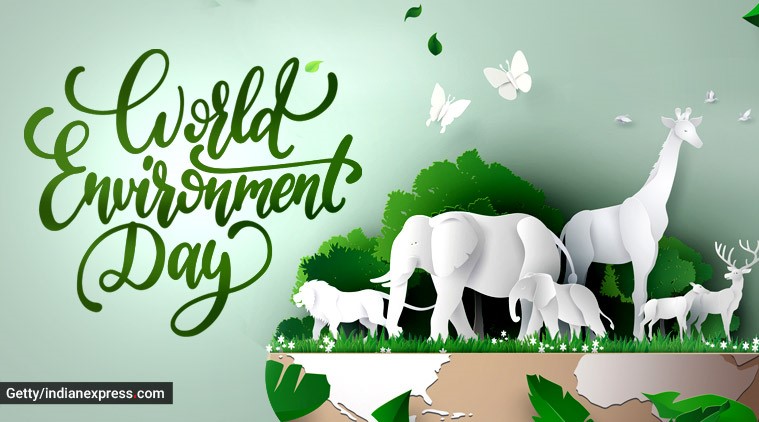 Science Alert defines a mass extinction as the loss of three-quarters of all global species within a “short” geological time frame. This time frame we are currently in, known as the Holocene, began since the last ice age and has been occurring for the last 10,000 years. 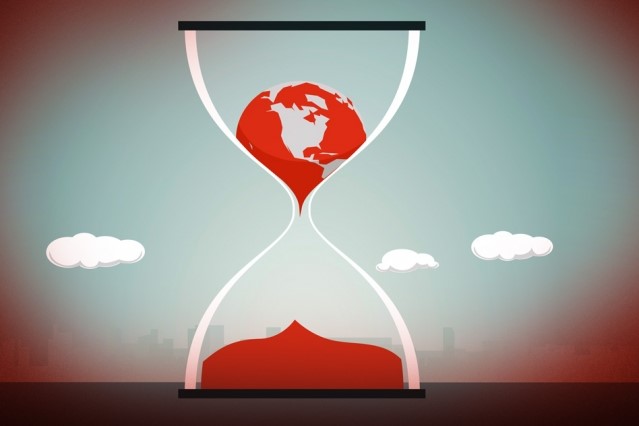 Paul Ehrlich, Standford biologist and his colleagues published an updated paper in the Proceedings of the National Academy of Sciences which shows that species are being pushed to the brink of extinction (less than 100 individuals left) and hundreds have already been wiped out. Professor Ehrlich’s study states that in the twentieth century approximately 543 species of land vertebrates went extinct and this same number is expected to be lost within the next two decades. I’m sure we remember when the last Northern White Rhinoceros died in 2018. 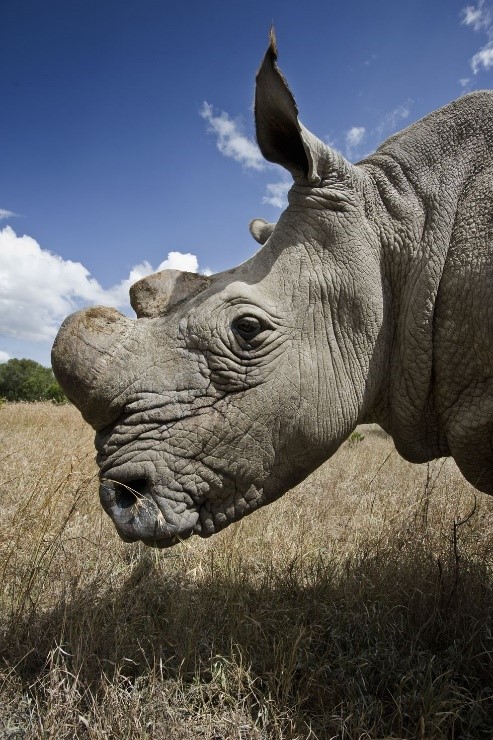 Social media has made it easier for us to see all the strange and fascinating creatures around the world. We live in a time where the creatures that we see now would become just another picture in a textbook in a few years. Before we get to that ‘textbook picture status’, organizations should choose to educate people on animals, their importance to nature, their current populations size, why they are being hunted and have stricter laws for poachers. Education and enforcement of stricter conservation laws can help save an already threatened species. 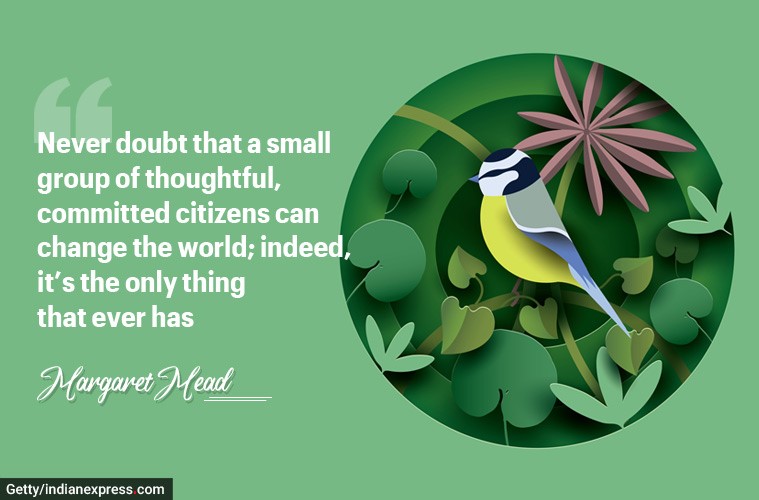 Throughout our lifetime we’d be able to say that we outlived many species – but that’s not something to boast about. Happy World Environment Day.

Cows have been known to be large contributors of methane and other greenhouse gases, resulting in a significant impact on emissions and global warming temperatures. According to BBC, ruminants (e.g. cows, deer etc.) can produce methane in 200-500 litres of methane daily, whereas, annually, a methane equivalent of 3.1 gigatonnes of carbon dioxide. This is a large contribution to global warming and one of the many reasons, amongst ethical and health-related, that some have chosen to remove meat from their diet. Research found that methane production in cattle could be controlled which will help reduce their contribution to greenhouse gas emissions. 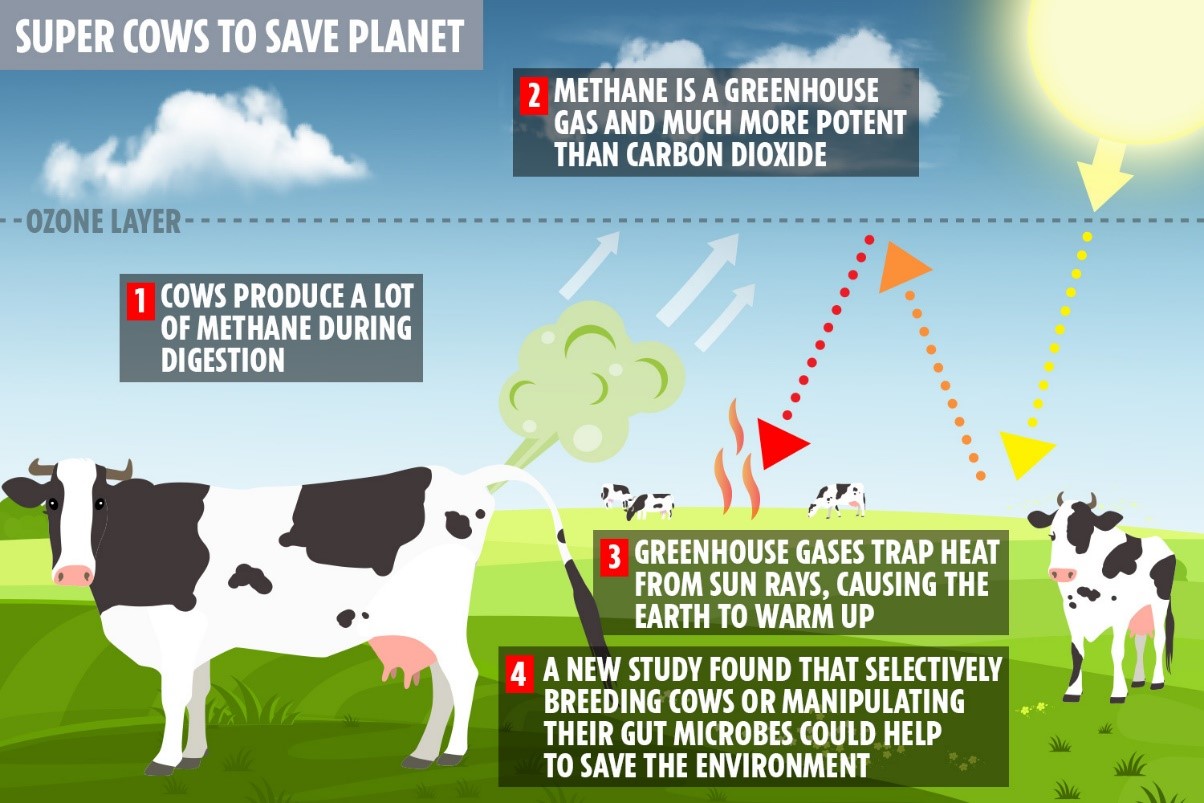 Impact of gases produced by cows on the atmosphere.

Microbiologist, Sinead Leahy at AgResearch found that in ruminants 3% of microbes found in the first section of their gut (the rumen) contribute to methane production. These microbes produce methane by decomposing and fermenting plants (enteric fermentation) in the anaerobic (oxygen-free) conditions of the gut. This results in methane being released into the atmosphere when cows burp. 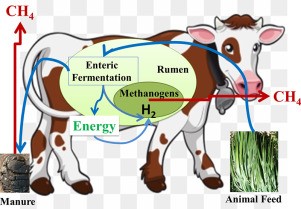 This finding can greatly reduce the impact of cow-related methane production on climate change. Ethical and health concerns aside, this solution can help meat-eaters feel better about the impact their diet has on the environment.

However, if one must choose meat -free-range and grass-fed are best!