Plastics & CO2 – a threatening combination for our oceans 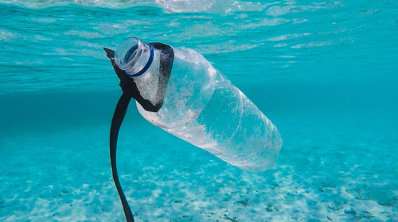 According to new research, the combined environment threats of plastic pollution and ocean acidification are having significant impacts on marine ecosystems. An international team of scientists at the University of Plymouth, England, in collaboration with the University of Tsukuba, Japan, found that after 3 weeks of being completely submerged in the ocean, the bacterial diversity of plastic bottles was twice as great as on other samples collected from the surrounding seawater. To conduct the research the scientists submerged several plastic bottles in seas off the Japanese Island of Shikine, a region renowned for its CO2 seeps where the escaping gas dissolves into the sea water and creates conditions similar to that expected to occur worldwide in the coming years due to climate change. A combination of DNA sequencing and statistical techniques were used to analyze how bacteria colonize the plastic in comparison to the surrounding natural environment. The question here being: would increase CO2 levels cause changes in bacteria distribution?

Published in the Marine Pollution Bulletin, researchers say the study adds to growing evidence that the increasing presence of plastic marine debris “is providing a novel habitat for bacteria”. However, their results highlight that environmental conditions and local ecological processes will play an important role in determining its broader impact over the coming decades. Lead author of the study and UofP Professor Jason Hall-Spencer explains that, “ up to 13 million tons of plastics from land end up in the oceans each year and they have been shown to affect all types and sizes of marine species. Combine that with rising CO2 levels and the threat posed to the global ocean is stark”.  This study highlights the importance of taking serious steps to reduce plastic pollution, and to meet the standards put forth by international climate treaties so we can reduce the impact of ocean acidification and warming. We need to change the culture so that litter created on land does not end up in our oceans.

More on plastics: let’s talk about the UK 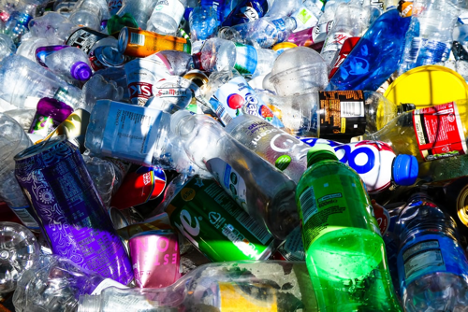 A report titled “The ‘P’ Word” has been published by the Resource Efficiency Collective. It focuses on use of plastics in the UK. Ah, plastics. They are ubiquitous, modern, cheap, durable, useful. They are practical and profitable. But you know what else they are? A danger to our ecosystems, a global pollution problem, crude oil emissions producers, a toxic microplastic mess. Fixing the plastic problem is not simple. Even finding good data, on the production, use, disposal and recycling of plastics is challenging. “The P Word” tackles the data problem by mapping plastic flows through UK society, collating data from disparate sources on the production, use, disposal and recovery of plastics. With the map of UK plastic in and out flows we can better understand the latest trends in plastic use and thus identify opportunities for reducing the impacts of plastics in the future.

The authors of the report identified that plastics play a critical role in 2 serious environment impacts: GHG emissions and plastic waste in oceans. Less than 3% of plastics consumed are made of UK recycled plastics, and most of the waste ends up being incinerated, landfilled or exported to other countries. These problems arise because plastics are not circular in the UK. This is not just an issue in the UK, plastics worldwide are not part of a circular system and these processes for waste disposal are present everywhere. You may be thinking: “well the answer is recycling”, but it’s not. Current UK recycling capacity is only 12% of waste collected, and this is hampering the benefits recycling could provide. Canada & the U.S. show similar statistics.  There are several other actions we should take, such as reducing excessive use of plastic packaging, and reducing the range of polymers used in various products to improve recycling yields. These solutions should be combined with improved practices through the entire product supply chain to provide meaningful results. 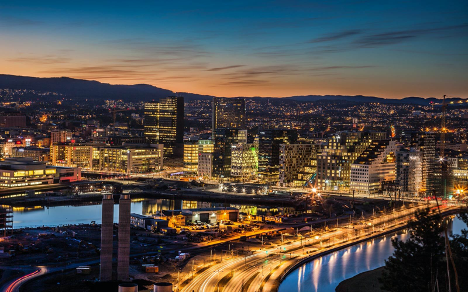 This week, BBC announced a group of Norwegian youth are taking their country to court in the name of climate. You might ask, “because of climate? Isn’t Norway one of the most eco friendly countries on earth?”

While Norway has made huge strides on behalf of climate in the last decade (read about the Paris Climate change agreement and the Green Climate Donor Fund), they also export large amounts of oil and gas to the rest of the world. According to BBC, “Norway is Europe’s second-biggest oil producer after Russia…Norway’s oil production is estimated to account for approximately 0.7% of global emissions from fossil fuels, making the country the source of roughly 100 times the greenhouse gas emissions per capita of the world average.” In fact, the petroleum industry is credited with lifting the “poor fishing nation to the owner of the largest sovereign wealth fund in the world”. Making this all a very touchy topic.

To try and address this double standard, Thor Due, a 21-year-old member of Norway’s Nature and Youth group, along with other group members, are taking their country to court. The plaintiffs state that the new licenses issued for oil exploitation in 2016 breach the country’s constitutional obligation to provide a clean environment to their citizens.

This situation is slightly complicated. Members of Norway’s Nature and Youth group have expressed feeling torn being a part of a youth group that is trying to tackle oil drilling, meanwhile their own parents work in the oil sector. The other side has explained a similar paradox, claiming the individuals who criticize the oil sector are the same ones who drive petrol cars.

The group lost the initial trial and following appeal. They have one appeal left to debate in the Supreme Court. 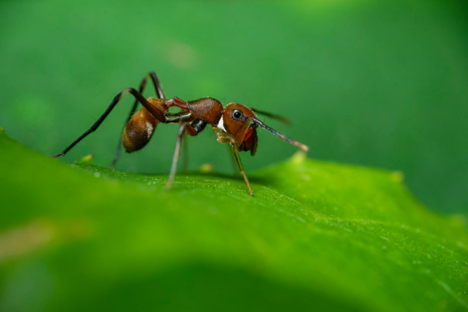 This week, scientists at the University of Copenhagen have discovered something particularly interesting about leafcutter ants in Panama; they cultivate climate resilient crops.

Fungus farming ants gather leaves and other plant material to grow fungus which in turn protects them “against pests and pathogens, [provides] them with stable growth conditions in underground nests, and [provisions] them with nutritional ‘fertilizers’—the ants gain a stable food supply.” These ants have been farming this way for 60 million years, (in comparison, humans have only been farming for 10,000 years).

Interestingly, the same way humans have bred taste, size or appearance into our crops, the leafcutter ants’ crop (the fungus produced) has also become more specialized.

According to Jonathan Z. Shik, a researcher on the project, “[the ants] became impressive architects, often excavating sophisticated and climate-controlled subterranean growth chambers where they can protect their fungus from the elements.” He continued to explain that the ants purposefully collect a certain variety of leaves, fruit, and flowers which “target the specific nutritional requirements of their fungal crop”. In other words, they are adapting the plant matter they collect depending on the specific need of their fungus, a kind of organic farming.

Researchers say while we cannot exactly copy this strategy in our own farming techniques since we farm above ground, it’s interesting that humans are not the only species that have found benefits from cultivation and farming. 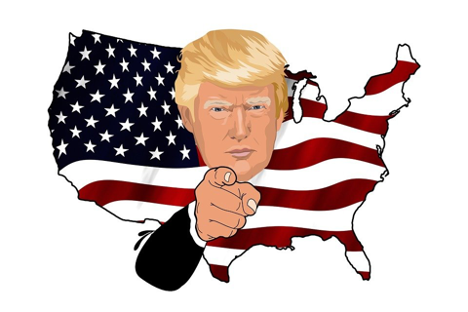 The United States officially withdrew from the Paris climate agreement. It was first announced back in 2017 that Donald Trump would back out of the Paris agreement, and became the first nation to formally withdraw. The decision is implemented starting November 4th – making it the day after election day. The United States is able to re-join the agreement in the future based upon if the president choice.

The Paris agreement was established in 2015 in order to collectively battle the threat of climate change and keep the global temperature rise below 2C above pre-industrial measures. Countries were not allowed to leave until three years and following that, a 12 month notice period is implemented. The notice was filed last November and is effective now.

With the United States is ranked the second top polluting country, accounting to over 15% of global emissions. Pulling out of the agreement poorly reflects the values of American in regards to climate change.

World’s biggest iceberg is set to collide with South Georgia. 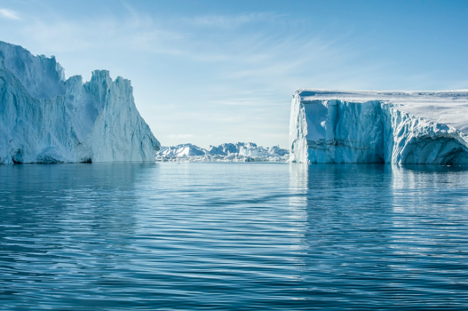 An incoming threat to South Georgia – considered as a wildlife mecca as the world’s largest iceberg known as A68a is on route to collide. The size of the iceberg is similar to the South Atlantic island. BBC states that there is a possibility that the iceberg could anchor itself to South Georgia. This is bad news for penguins and seals.

This impact could cause a major disturbance – disturbing foraging routes, and disrupting the young being fed properly. As well as crushing the seafloor species upon collision impact. This would result in a rift in the population levels. Professor Geraint Tarling from British Antarctic Survey stated that if the iceberg gets stuck, it could be there for 10 years.

Another researcher claims that it’s not all doom and gloom as icebergs bring up dust and that fertilizes the ocean plankton – a diet staple to many of the species nearby. This provides us with some hope to hopefully see some light at the end of the tunnel.

In 2004, A38 (another iceberg) grounded at South Georgia and the result was plenty of dead penguin chicks and seal pups sound surrounding the local beaches. Let’s hope that this collision doesn’t take lives of the many species living in harmony in South Georgia – just make it stop 2020.