We can communicate with Kangaroos? 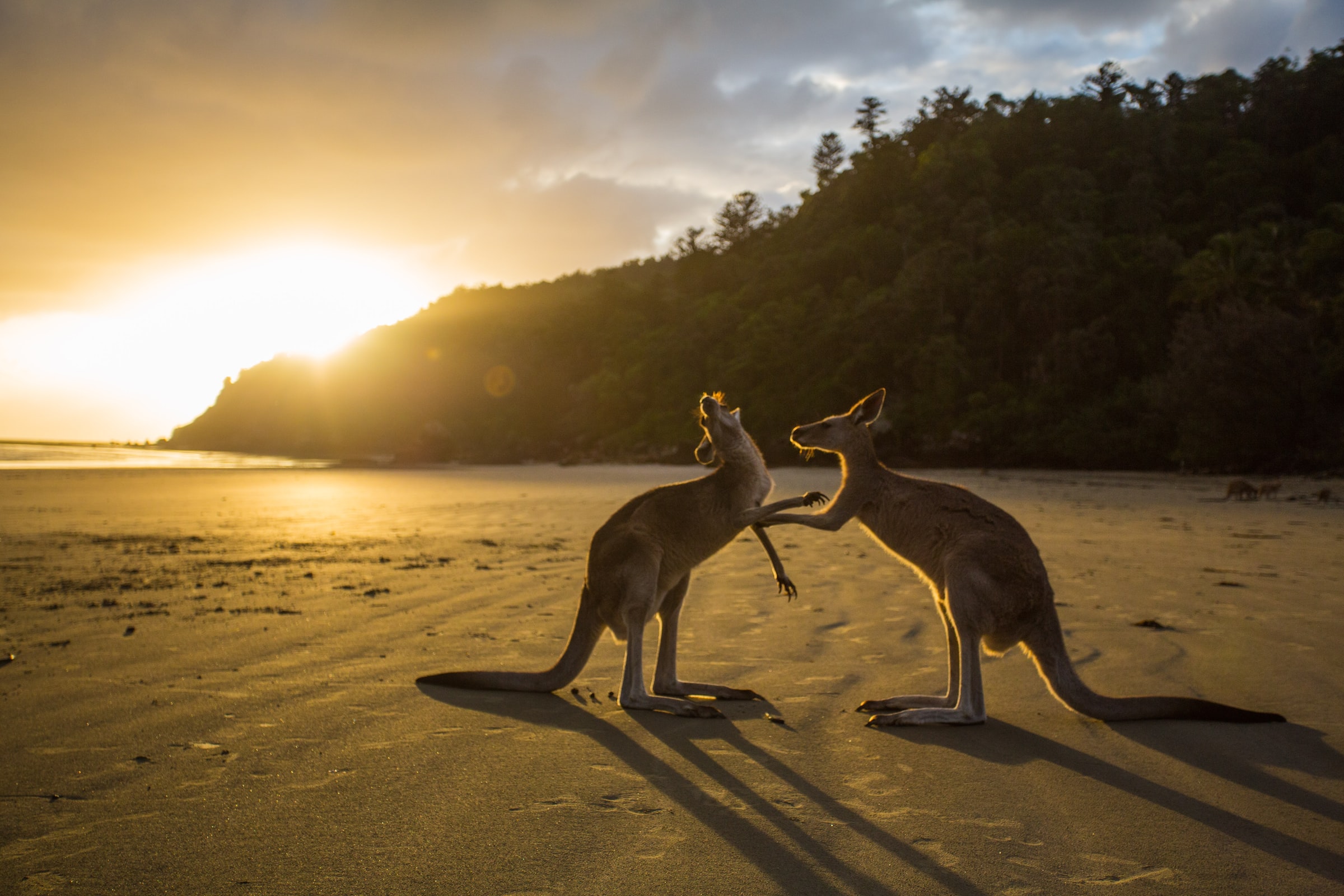 If Australia isn’t always surprising us with cool new animals news, a study now finds that kangaroos are able to intentionally communicate with humans. 16 Kangaroos who have been socialized around humans and used to human presence from different wildlife parks, and participated in an interesting experiment.

They carried out six of the training trials, by placing a piece of food in a box on the ground and the food is available to them for all six of the trials. But on the seventh test trial, when you close the box, the kangaroos try to open the box and once they understand the box is closed. They then begin looking at the experimenter and looking back at the food and approaching the experimenter and scratching and nudging them as a means of asking for help.

This challenges the notion that only domesticated animals ask for help with problems they encounter, now we can see socialized kangaroos do too. This research hopes to prove that kangaroos and marsupials do have some more advanced cognitive abilities.

We Need More Women Leaders! Evidence is in COVID Statistics. 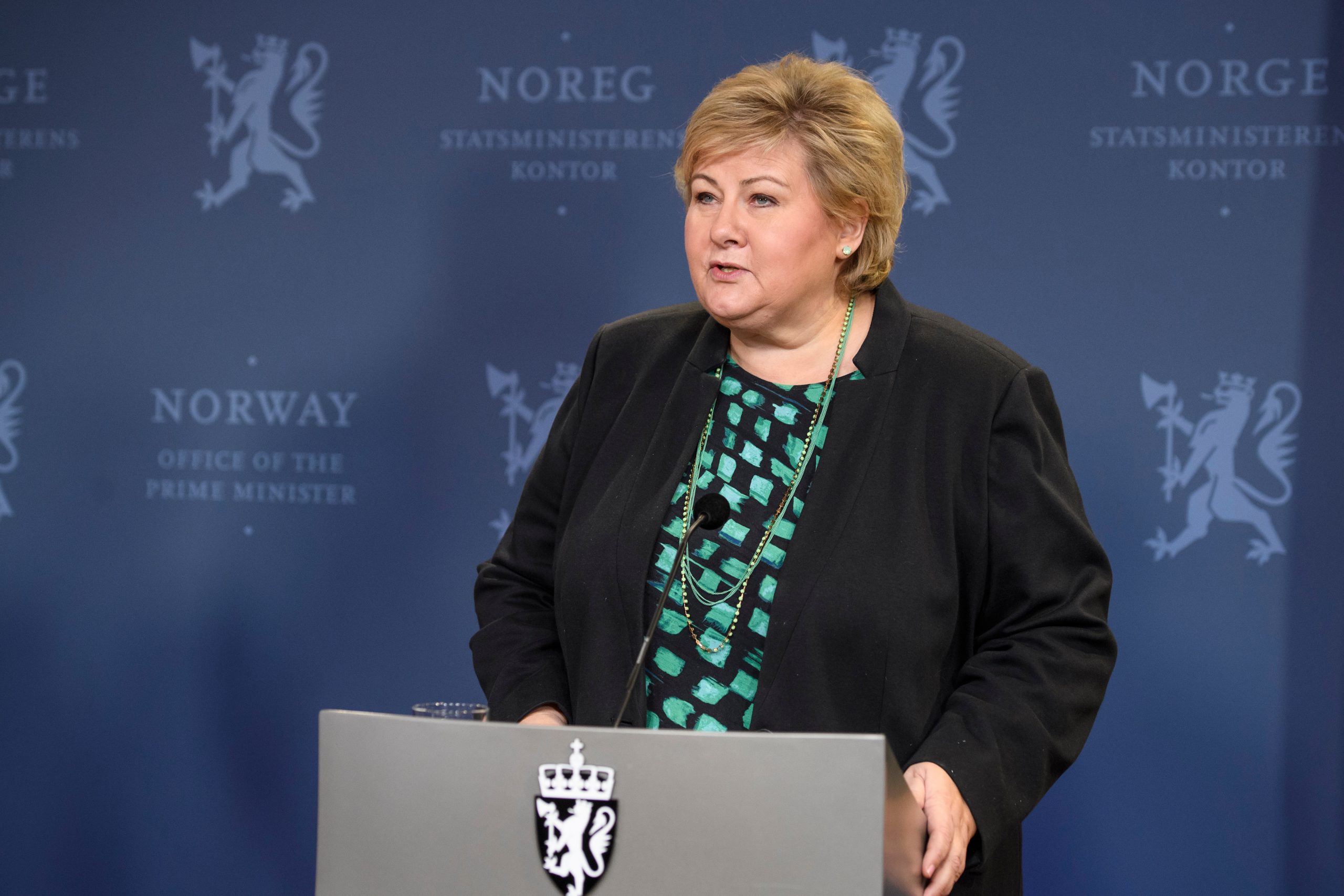 Numbers don’t lie. Norway, Finland, Iceland, and Denmark all have drastically lower rates of COVID-19 and they are all led by females. This is comparing numbers to their partnering countries that are led by males.

The commonality between the low numbers keeps pointing to the countries with female leaders. An analysis conducted by the Centre for Economic Policy Research and the World Economic Forum states that this lies in female leaders taking a “proactive and coordinated policy responses.”

Finland have a rate of just 60 deaths per million people, Norway stands at 57 per 1 million, Iceland 73, and Denmark 135. While the UK is averaging out to 820 deaths per 1 million. The variance is quite shocking, but it does show a correlation when women are in charge. While there is still gender disparity and in many public service positions, women still have a lower pay rate and a lower number of women in senior positions compared to men. Let’s keep shattering some glass ceilings ladies! 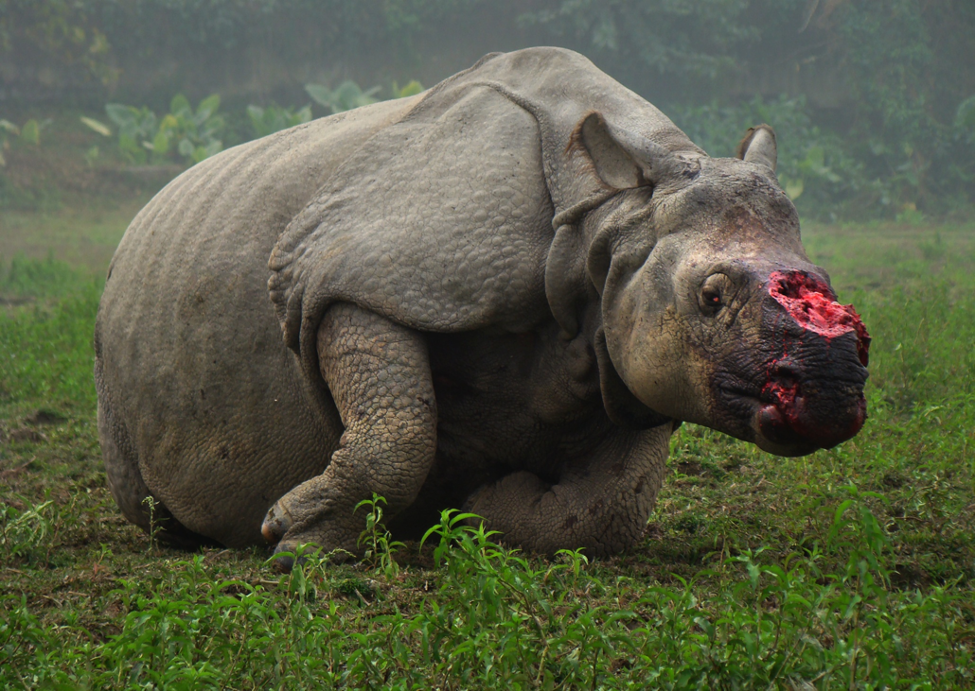 Poaching of rhinoceros in India is a huge problem. The species is difficult to track, making it challenging to identify poaching trade routes and hotspots. Oftentimes, the rhino body parts are found too late, making it nearly impossible for law enforcement to identify the poachers or where the crime took place.

A PhD student and senior research fellow from India are trying to help solve this problem. They collected dung from 749 rhinoceros, through analyzing the dung they were able to create a genetic baseline of the rhinoceros across India. The project is part of the “Rhino DNA Indexing System (RhODIS- India) conservation program.”

The DNA profiles have given each rhino a unique “genetic fingerprint”, allowing them to trace the rhino back to its breeding populations, creating a rhino family tree if you will. Researchers have used this information to build a DNA database of the rhinos that are left. At the time of writing this article, there are approximately only 3,500 one-horned rhinoceros left in India.

According to Science Daily, “The forensics team at WII were also able to match a suspected poached carcass from a protected area to a seized horn found elsewhere along the trade route in India. Occasionally, they had as little to work with as blood-stained soil, pebbles or a bullet to perform DNA profiling.” 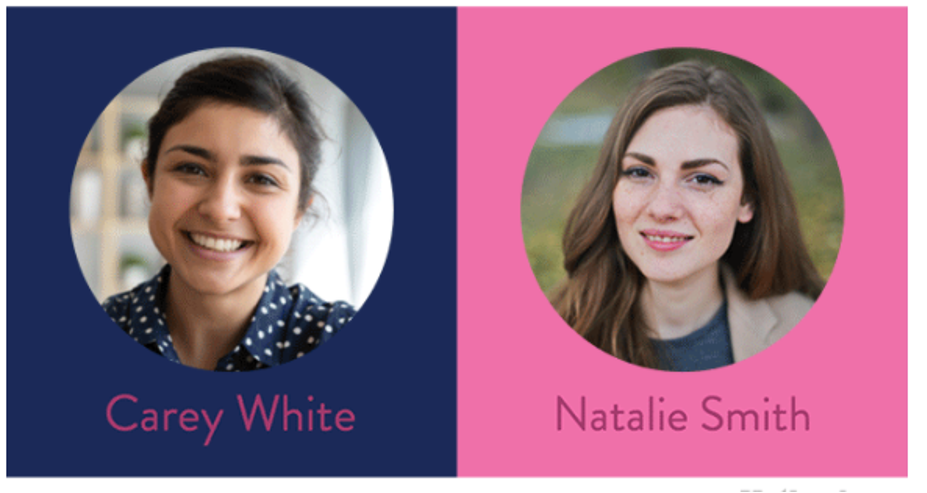 “Join the 2,463 women that Support the Oil & Natural gas Industry in Texas!” reads the site, Women for Natural Gas. The site goes on to provide testimonials from different women explaining their reasons why they love the natural gas sector. Sounds a little fishy.

This week, the site was exposed by a journalist from Mother Jones for fabricating these testimonials and being an example of the oil and gas industry trying to turn the tide of public opinion in their favour. In fact, the women behind these testimonials do not exist at all.

According to Mother Jones, the site was actually using stock photos of women for the profiles. The site even went as far to misuse the professional headshot of Jessi Hempel (a senior LinkedIn editor) for a profile for a woman named “Carey White” (Hempel stated she never allowed the site to use her photo, and said it was incredibly disturbing to her). Other profiles include names like “Rebecca Washington and Natalie Smith,” I am getting bot name vibes.

According to Hiroko Tabuchi, a New York Times journalist who did a similar investigation last month, these campaigns are trying to portray the oil and gas industry as a grassroots movement.  Following the NYT article, the spokesperson for FTI admitted to using stock photos, but said that the testimonials themselves were real. While the testimonials remain the same, but the photos are swapped out as needed, one must wonder if that is actually true.

If you eat mussels, you eat microplastics – it’s that simple 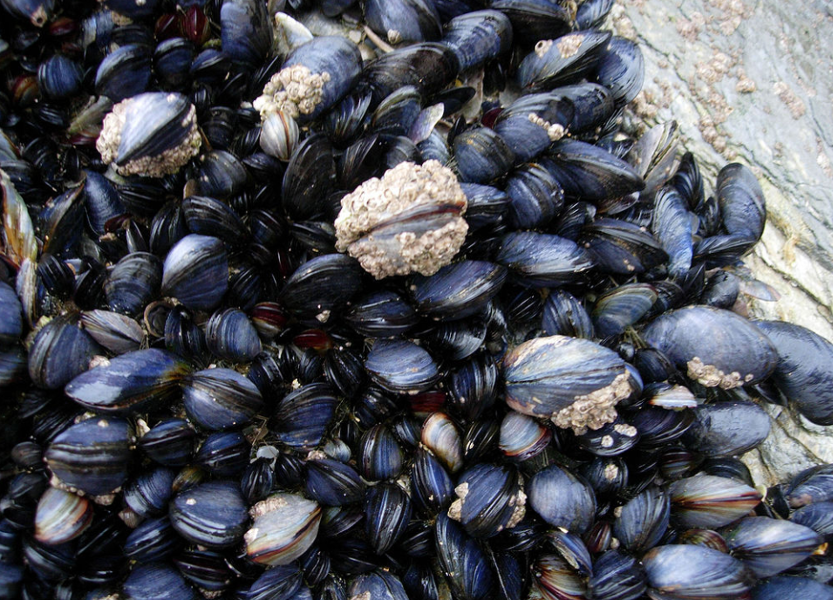 A new study published in Environmental Pollution by the University of Bayreuth, led by Prof. Dr. Christian Laforsch, reveals that this claim holds is true worldwide. The Bayreuth team investigated the microplastic load of four mussel species which are often sold as food in supermarkets from 12 countries around the world. All the samples analyzed contained microplastic particles, and the researchers detected a total of nine different types of plastic – Polypropylene (PP) and polyethylene terephthalate (PET) were the most common types of plastic. These plastics are the most common types used in packaging and consumer items from water bottles to single-use straws all over the world. All of the mussels were purchased from different grocery stores. Some of them had been farmed while some were wild catch from the North Sea, the Mediterranean Sea, the Atlantic Ocean, the South Pacific Ocean, the South China Sea, and the Gulf of Thailand. The study revealed that mussel samples from the North Atlantic and South Pacific were the most infected. To make the analyses of different sized mussels comparable, one gram of mussel meat was used as a fixed reference to test for microplastics. According to the study, one gram of mussel meat contained between 0.13 and 2.45 microplastic particles. To provide some context, medium sized mussels are 16 grams, so you can just imagine how much plastic you’re ingesting if you have a mussel meal.

It’s no secret that contamination of different organisms with microplastics has been investigated in earlier research, however, this study is particularly important because it has advanced methodology in this field. “We have combined the latest technologies and procedures in sample preparation, measurement, and analysis of microplastic contamination in such a way that comparable results can be obtained on this basis in the future” explains Prof. Dr. Christian Laforsch. It is the hope that this methodology will be used in future research on microplastics.

2020 might end up being the hottest year on record 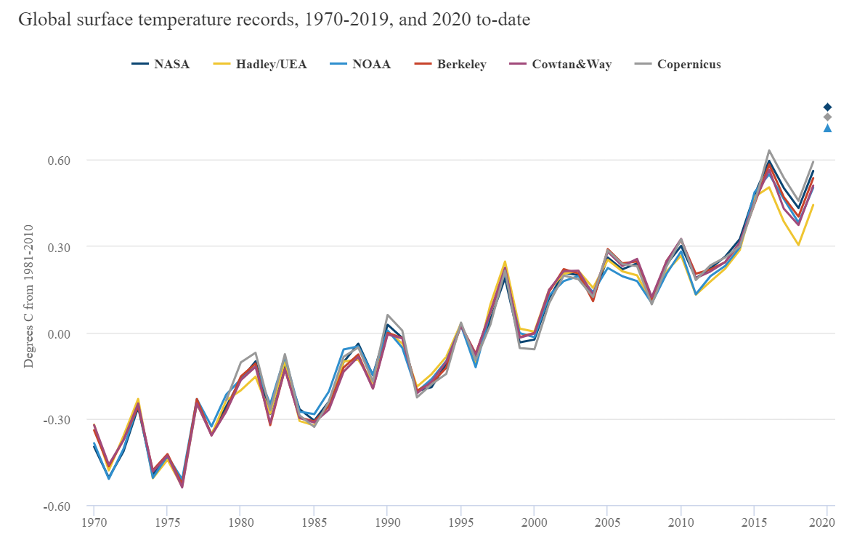 Just how warm Earth stays this December will determine if 2020 goes down as the hottest year on record. And it’s looking warm. On Monday, The National Oceanic and Atmospheric Administration calculated that November globally was the second hottest November on record, behind only 2015, while NASA and a European climate monitoring group said it was the hottest November on record. Since NASA has coverage over the poles, this is a more accurate read. Earth’s temperature in November was 56.95 degrees Fahrenheit, which was 1.75 degrees above the 20th century average, according to NOAA. NASA and NOAA records go back to 1880 so we can bet that they have accurate results. Emissions from the burning of coal, oil and natural gas among other factors cause the planet to warm. What will the temperature look like in 2050?