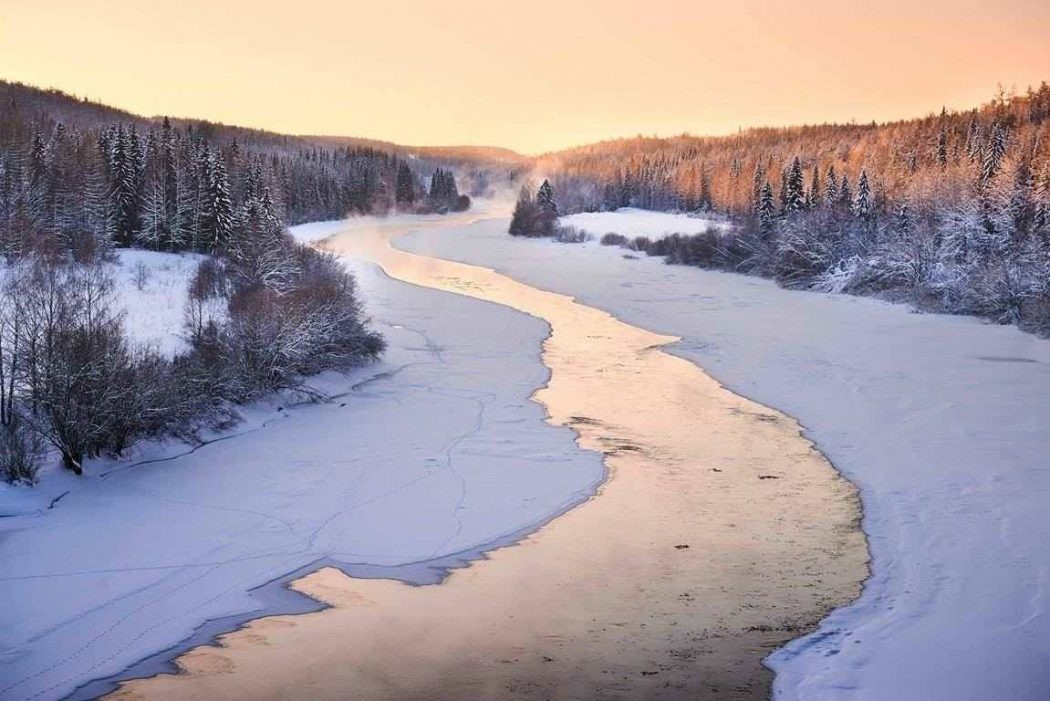 Source: A World to Travel

Source: A World to Travel

Have you ever wanted to spend a summer in Siberia? Me neither. This might sound completely unreasonable as Siberia is a region renowned for its cruel, cruel winters and almost uninhabitable land, however climate change might be changing all of this. The region is currently facing a prolonged heatwave which has been linked to oil spills, wild fires and …moth outbreaks? (I’ll come back to that)

Temperatures in these northern regions are experiencing record temperatures due to ocean currents which are bringing more heat towards the poles, resulting in the reflective snow being melted. This creates a positive feedback loop of increasing heat as more snow melts, and less energy is reflected.

So just how hot is it? In May, temperatures in Siberia were 10 degrees Celsius above average, and Northern towns such as Nizhnyaya Pesha hitting 30 degrees on 9 June and Khatanga, which usually has daytime temperatures of around 0C at this time of year, hitting 25C on 22 May. Sounds like a pretty good summer spot, and probably cheap!

Now, back to the moths I promised to speak about. These temperatures are causing unprecedentedly large swarms of the Siberian Silk moth to arise, and as a result are stripping away needles on trees as these giant moths continue to breed and eat.

Maybe no vacation in Siberia actually. 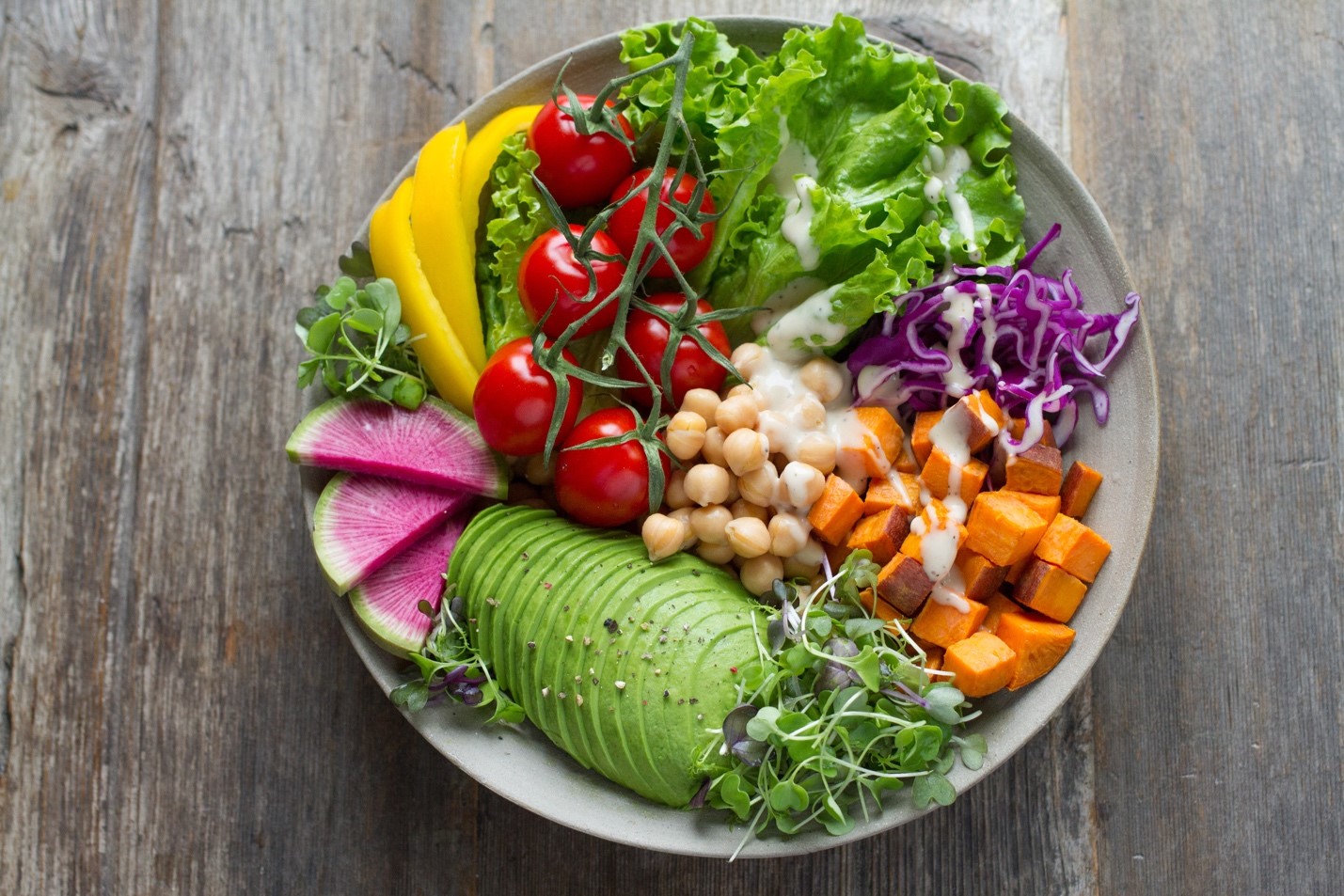 Photo by Anna Pelzer on Unsplash

This week I came across this great article on The Guardian called “Why you should go animal-free: 18 arguments for eating meat debunked”. As a vegetarian myself I immediately clicked on this article as I would love to have a few new facts in my repertoire of comebacks for when people seem to be personally offended that I don’t eat meat and can’t help but argue with me. I swear, vegans are supposed to be the obnoxious ones, but the second someone finds out I don’t eat meat I’m always hit with a barrage of questions about “why I would do that to myself”. Maybe because of environmental, personal health, or animal welfare reasons? It’s not that complicated.

I definitely recommend checking out the whole article however here are a two of my favourite facts used.

“What about soya milk and tofu, isn’t that deforesting the Amazon?” – I have heard this tired sentiment so many times. Guess how much of the soy in the Amazon is used in livestock feed. 20, 30, 50%? Nope. 96% of the soy grown in this region is used for feeding livestock and not used for tofu.

“Plant based alternatives to meat are really unhealthy”. This is mainly a criticism to plant-based burgers as I’ve heard the argument that they are just processed junk food. The article backs up a claim that they are healthier than a meat burger when all nutrient factors are considered. Furthermore, any processed food isn’t healthy, I don’t know why plant-based burgers are catching so much flack – I don’t think many vegetarians/vegans out there are eating them for lunch and dinner every day.

With the by-products of climate change threatening their livelihood, growers are attempting to sequester carbon in the soil before it enters the air. Some common ways to do this are by minimizing tilling or adding cover crops such as mulch or compost under grape vines, with the general idea being to avoid aerating the soil which releases carbon dioxide into the atmosphere.

According to Slate, carbon farming could potentially help us to reach our goals set out in the Paris Accord and lower temperatures by 0.1 to 0.3 degrees Celsius by the end of the century. 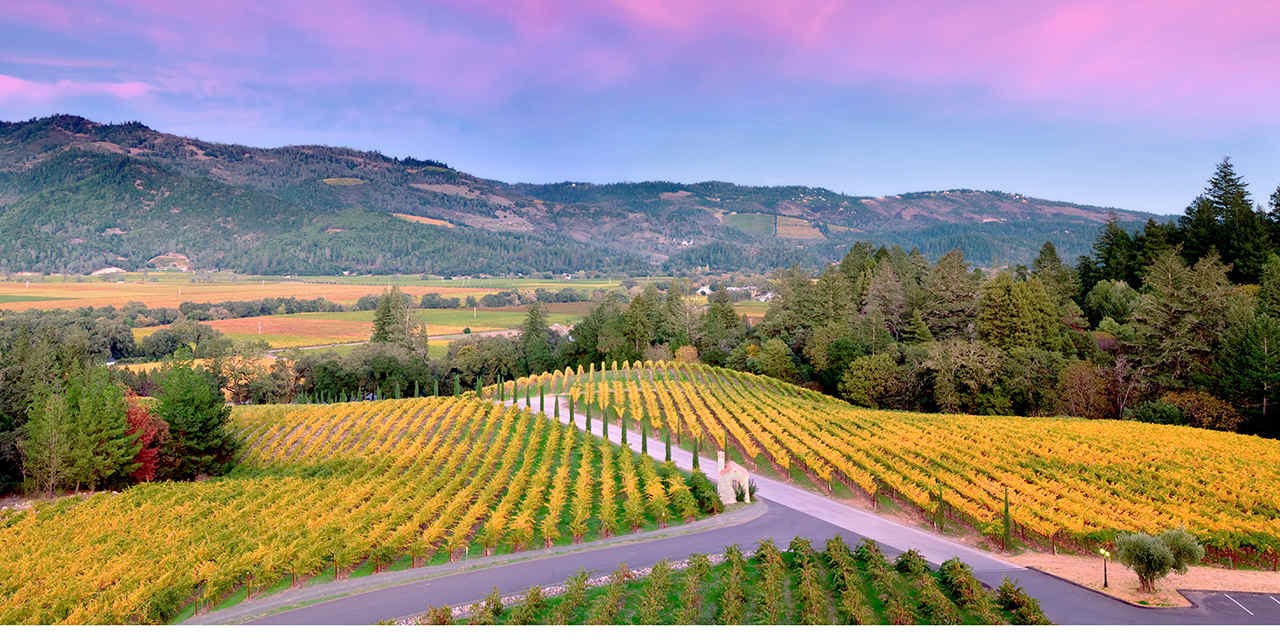 Sound too good to be true? Some other experts agree. According to Slate, “skeptics see in carbon farming an under-researched distraction from more effective climate solutions.” Skeptics suggest instead of focussing on how to capture carbon within the soil, perhaps we should be focussing on the big emitters such as air transportation, textiles, and cattle farming. Can’t we focus on both?

We are quick to complain that people aren’t doing their part to help in the fight against climate change, and then once they make an effort, we tell them they aren’t doing enough or they are doing it wrong. While we can’t agree on the exact amount of carbon captured using carbon farming, does it really matter? These kinds of debates undermine genuine strides in the sustainability and renewables movement. Doing something is still better than doing nothing at all.

More importantly, a historically stubborn farming culture dating back generations is embracing change and a new way of doing things should it help our planet. Isn’t that something to be happy about?

His Holiness Has Spoken! 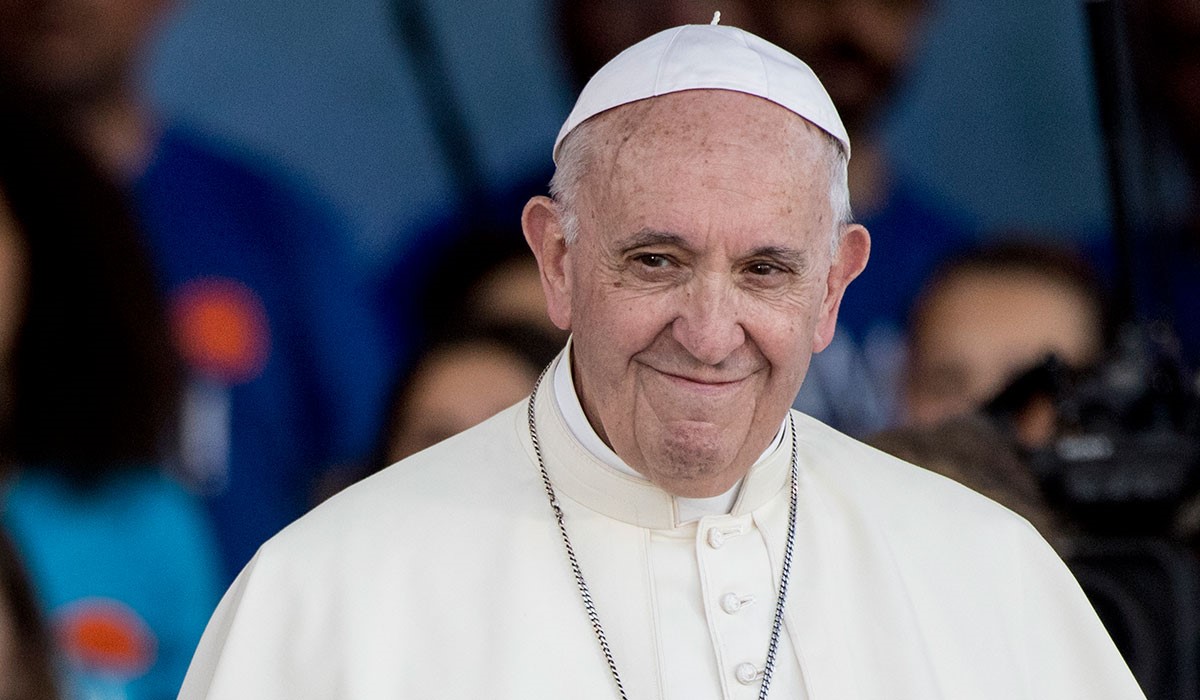 This week, the Vatican asked Catholics to “to disinvest from the armaments and fossil fuel industries and to closely monitor companies in sectors such as mining to check if they are damaging the environment.”

According to Reuters, the appeal was published within a 225-page manual to mark the fifth anniversary of “Laudato Si” (Praised Be). In it, they called for more stringent monitoring of companies in sectors like oil and mining, as well as justice and protection for local populations who could be displaced in the process. Finally, the Vatican Bank vowed they will refrain from investing in fossil fuels and encourages others to do the same.

In the last 15 years, the Vatican has been much more vocal towards accepting the science on climate change. This news comes a few months after Pope Francis said the “coronavirus pandemic is one of nature’s responses to humans ignoring the current ecological crisis.” Just last year, Pope Francis declared a ‘climate emergency’.

Pope Francis is the first Pope to embrace this climate change doctrine, and his stance is indisputably clear. According to the Earth Ministry, “the Pope is clear that climate change is the greatest threat our Earth has ever seen – and that it is caused by humans.”

Why does this matter? Well, with over a billion Catholics worldwide, the voice of Pope Francis has some serious reach, helping to shape the climate change narrative within communities around the world.

Can I get a Hallelujah?

Humans see a wide spectrum of colours that are unimaginable to some that are colour blind. However, hummingbirds are equipped with even better vision gear that allow them to see colours that humans can’t even dream of. Both humming birds and humans have red, green and blue light colour sensitive cones in their eyes. However, humming birds have a fourth cone that is sensitive to ultraviolet light. 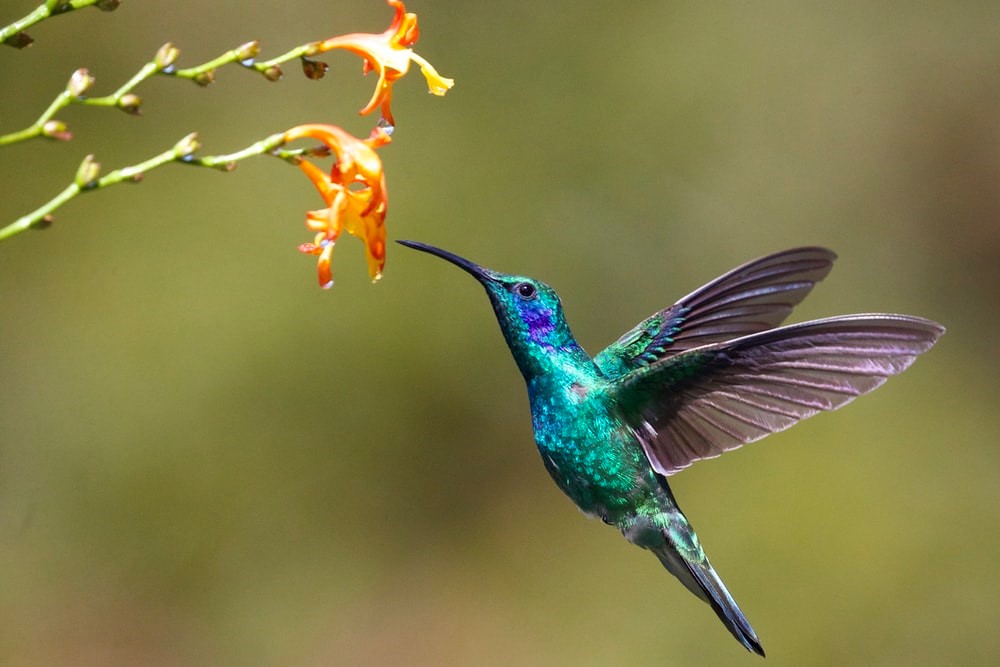 Mary Casey Stoddard, Assistant Professor at Princeton University and her team did a study on bird colour vision in the wildflower capital of Colorado. It showed that humming birds can see about 5 nonspectral colours such as purple, ultraviolet+purple, ultraviolet+red, ultraviolet+yellow and ultraviolet+green. For them, there is a discernible difference between colours like red and ultraviolet+red. The only non-spectral colour humans can perceive is purple since it is a combination of red and blue. Just imagine the vivid imagery humming birds see in a flower garden when we may only see a few colours.

Humming birds learn colour association quickly since they depend on this for locating nectar in flowers of varying colours. Apart from feeding purposes, the study by Stoddard suggests that the ability to see non-spectral colours can play a role in mating and escaping predators.

While perspective allows two people to look at the same thing and see two completely different things, an extra colour sensitive cone can allow hummingbirds to see our world in colours that are unimaginable to us.

Vultures are usually seen as an eyesore and not a topic of interest compared to poster animals such as pandas and koalas. However, their scavenging role in the food chain is just as important as that of any other animal. Globally, 16 old world species of vultures exist, out of which 11 exist in Africa and 7 of them are on the edge of extinction (endangered or critically endangered). Unfortunately, these species have been unappreciated until their numbers started declining at an alarming rate. The hooded vulture landed a spot on the International Union for Conservation of Nature’s (IUCN) red list as critically endangered. This is a list that no animal should be on! This status was due to the many cases of vulture poisoning in Africa, especially in Guinea-Bissau where their population is largest in the region. There they account for 22% of the global population. 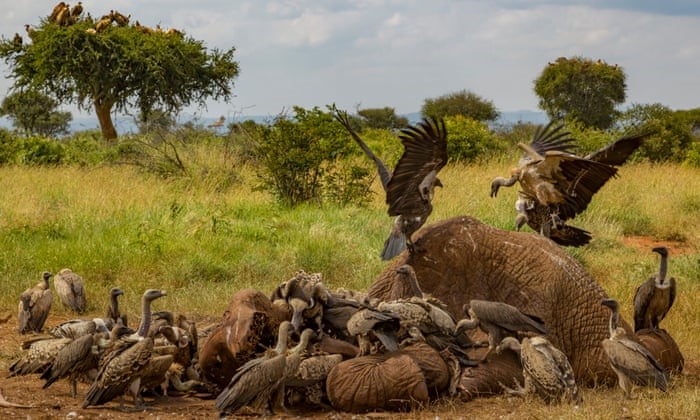 Vultures feasting on an elephant carcass

In the past in India, vultures became poisoned unintentionally after feeding off of cattle carcases which were regularly given the anti-inflammatory, diclofenac. Similar to the aftermath of the 97-99.9% population decline in India, people in Africa realized their importance in removing animal carcasses after they were gone. However in Africa, over 1800 hooded vultures were poisoned- mostly intentionally.

Elephant poachers kill groups of vultures when they fed on poison-laced elephant carcases which prevents them from circling above as that will alert rangers of illegal kills. It is thought that many of the vultures were also used for medicinal purposes (despite no evidence of medicinal benefits) or belief-based use. International decline in this population can result in an increase of rotting carcasses contaminating water supplies and encouraging population growth of rats and wild animals, as was seen in India. Therefore, this human-induced issue can also affect human health.

Poaching has been an issue that resulted in dramatic decline in the population of many species for economic gain. Stronger action must be taken for the illegal wildlife trade.