Joshua See’s photos accompanied Burton Lim’s article in the Night issue about bat research in Guyana, They Only Come Out at Night. Here are more of See’s shots, featuring some other rainforest creatures. 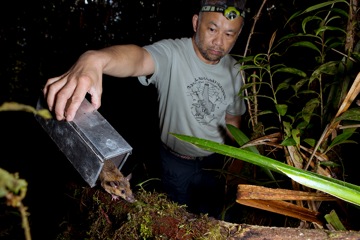 Joshua See’s photos accompanied Burton Lim’s article in the Night issue about bat research in Guyana, They Only Come Out at Night. Here are more of See’s shots, featuring some other rainforest creatures.

Burton Lim releases a spiny rat caught during the night in a rectangular-shaped aluminum live trap in the mossy cloud forest at Mount Mulu National Park in Malaysian Borneo. This particular catch-and-release is taking place at about 1,800 metres above sea level, but Lim sets hundreds of traps along transects in the forest. Food bait lures nocturnal rodents, and individual species are collected in the morning and identified. 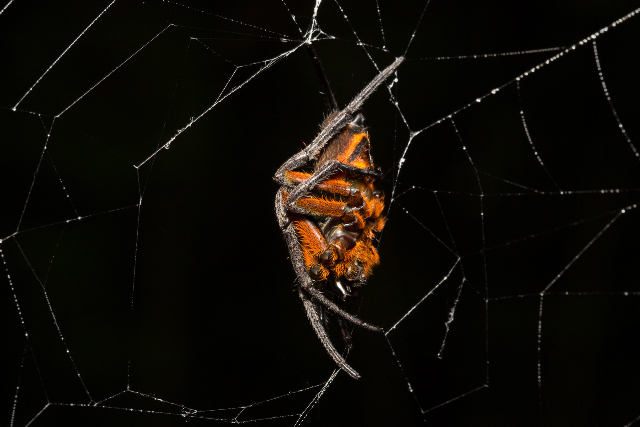 This weaver spider (Arachnida: Araneae: Araneidae), lying in wait in the centre of its web, was photographed in the Iwokrama Forest in Guyana. This spider was nearly two inches long when curled up in this position. 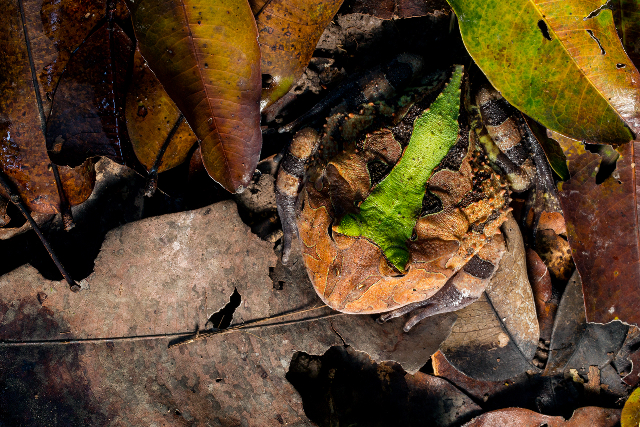 The stripe down the back of an Amazon horned frog (Cetatophrys comuta) can range in colour from tan (in females mostly) to lime green or dark green. Joshua See really loved how this one’s colour matched the fallen leaves when he found it at night, searching for food in Guyana’s Iwokrama Forest. Operation Wallacea‘s herpetologist, a PhD student from the University of Mississippi named Andrew Snyder, would collect these frogs (and others) for his research on population genetics in Guyana. 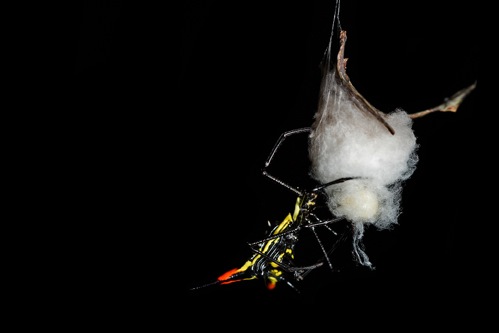 This spiny-backed orb-weaver was found on a night hike in the Iwokrama Forest in Guyana. The spider, which appears to be working on its protective egg sac, was about the size of a toonie. Orb-weavers are typically harmless to humans, are named for the often large orb-shaped webs they weave, and are widely distributed around the planet, with many species found in Canada. 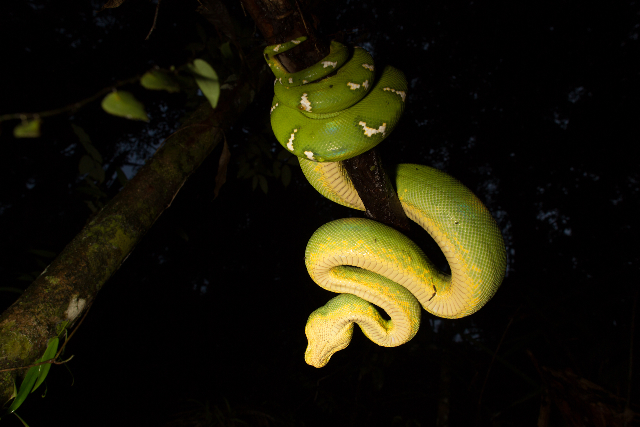 This emerald tree boa (Corals canines), which See says was about 1.2 metres long, was photographed in Guyana.

This gallery is only a small taste of all the great shots by Joshua See that accompany Burton Lim’s article in Night, 39.5.

Joshua See is an ecologist, visual journalist and explorer of the fringes where humanity and nature collide. Watch his short documentary about the research trip to Guyana at joshuasee.ca.