I’ve always been intrigued by the ocean. I see it as the perfect combination of beauty and destruction, with unique aquatic life and the potential to cause deadly tsunamis. My fascination lies in the fact that the ocean’s majesty and mystery is not as easily accessible to be explored as the land but contains many interesting creatures. There is much that’s still undiscovered out there.

I’ve always been intrigued by the ocean. I see it as the perfect combination of beauty and destruction, with unique aquatic life and the potential to cause deadly tsunamis. My fascination lies in the fact that the ocean’s majesty and mystery is not as easily accessible to be explored as the land but contains many interesting creatures. There is much that’s still undiscovered out there. Despite the lack of human interaction with the ocean at the scale of interaction with its terrestrial counterparts, our actions have been collectively impacting the ocean and aquatic life. One of the main visible and destructive issues is plastic pollution.

Plastic pollution, such as 6-pack plastic rings, plastic bags and plastic straws, and its harmful impact on aquatic creatures (like sea turtles), is truly saddening. Currents and tides show that there are no limitations to the movement of plastic pollution from one part of the globe to another. These currents connect countries and their pollution, whether we choose to acknowledge it or not. What’s worse is when plastic pollution, in the form of microplastics, cannot be easily seen in the water, but can negatively impact fish when consumed. This can then bioaccumulate up the food chain to affect humans by being in their seafood. The National Oceanic and Atmospheric Administration (NOAA) defines microplastics as pieces of plastic that are broken down into fragment sizes <5mm long. That’s about the length of a rice grain!

If plastic debris is removed from the water early on, this will reduce the risk of current irreversible cleanup when the plastic is broken down into microplastics and dispersed throughout the lower layers of the water column. 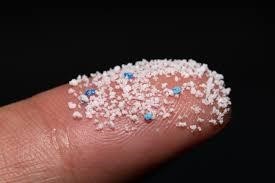 Microplastics are smaller than a grain of rice. Source: The Washington Post

Microplastics have impacted species in unprecedented ways and cases of this will increase as plastic pollution in the ocean continue to disintegrate into microplastics. I, like most people (and previous studies), always thought that microplastics from accumulations at the surface of the water, were moved to the seafloor after settling in the water column, by simply sinking. However, a recently published article by Science Magazine came across my radar, proving that thought to be inaccurate. This study done by a group of researchers from the University of Manchester (United Kingdom), the National Oceanography Centre (United Kingdom), University of Bremen (Germany), IFREMER (France) and Durham University (United Kingdom), suggested that surface and bottom thermohaline–driven currents which are currents driven by temperature and salinity also influence settling of microplastics to the seafloor. These currents are important for distributing oxygen and nutrients resulting in the determination of biodiversity hotpots.

The study was done in the Tyrrhenian Sea which is off the western coast of Italy and within the boundaries of the Mediterranean Sea. This Sea was chosen as it was representative of other oceanic areas in terms of its physical geography, global ocean current circulation patterns and speed of currents. As well as, the location and volume of plastic naturally existing in a controlled manner. The most eye-opening, jaw-dropping, finding of this study was that in 1 square metre of the seafloor, a total of 1.9 million pieces of microplastics were found. If this existed in 1 square metre of the ocean then just imagine how alarming the number will be if it were possible to survey all water bodies globally. This was the highest record of seafloor microplastics found in any study that was previously done, including submarine canyons and deep-sea trenches. In my opinion this is 1.9 million pieces too many, of plastic pollution. 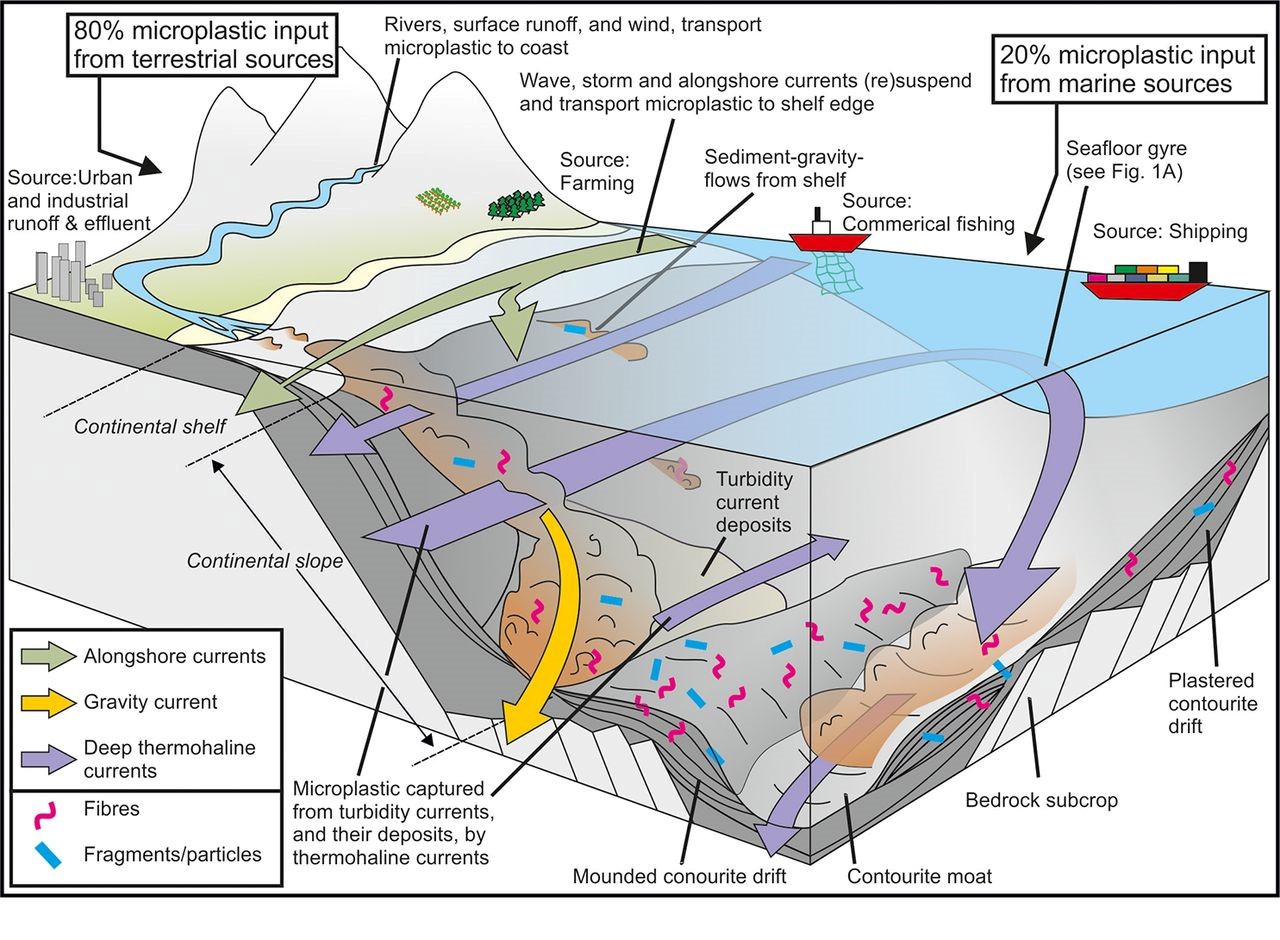 This study sheds light on the importance of location on microplastics and how it can impact the food web and even deep seafloor ecosystems. What is disheartening is that with increasing production of plastic products, the issue of microplastics will continue to exist and affect aquatic life. Can consumer behaviour and their demand for companies to switch to environmentally sustainable plastic alternatives help reduce the impact of microplastic pollution? Can people also be more responsible with their waste disposal? Microplastics is yet another anthropogenic-induced environmental issue that doesn’t seem to have a clean-up solution in sight. 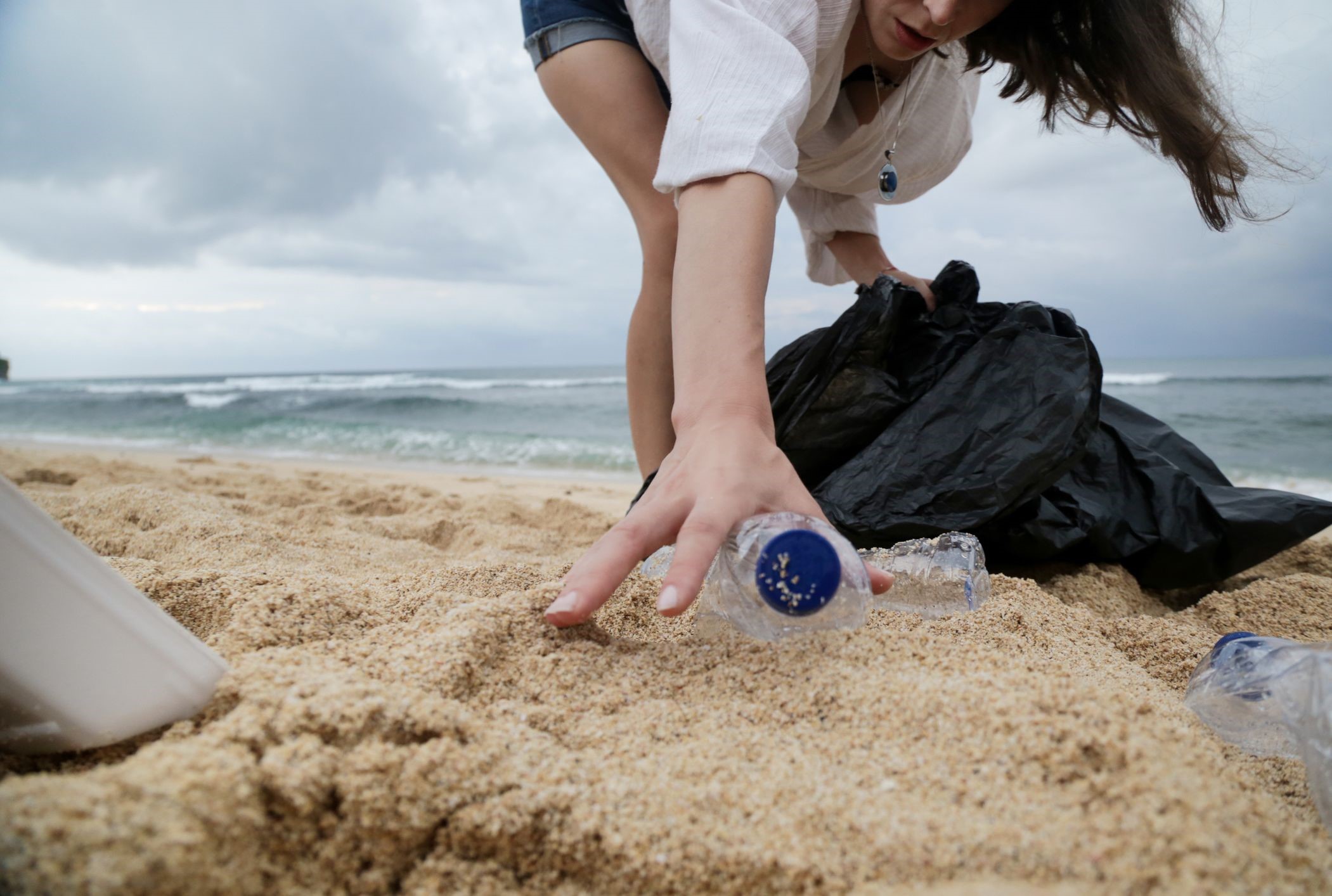 I hope that one day companies will take responsibility for their use of plastics. The ocean is a source of fascinating discoveries of which most are still yet to be revealed. Microplastics have been affecting aquatic life in ways that we know and do not fully understand as yet. Imagine in the future, fossils of an undiscovered species dating back to our lifetime are found. However, the species was never discovered at the time due to their vulnerability to microplastic pollution. Now imagine if that species was the answer to a presently incurable disease. May we be more conscious of how our waste is disposed, ensure that the coastlines are waste-free and avoid thinking that our actions only impact the land that we occupy.