MANY GRADUATE STUDENTS have helped conduct research at Ontario’s Experimental Lakes Area. The dozen scientists profiled below are broadly representative of at least 47 PhD recipients who completed their degrees using research they participated in at the ELA. In addition, more than 80 master’s theses have been produced from ELA projects.

MANY GRADUATE STUDENTS have helped conduct research at Ontario’s Experimental Lakes Area. The dozen scientists profiled below are broadly representative of at least 47 PhD recipients who completed their degrees using research they participated in at the ELA. In addition, more than 80 master’s theses have been produced from ELA projects.

Of course, many of the ELA master’s students, including those who have gone on to earn PhDs at other locations, have subsequently made their marks in the environmental sciences. Many of the hundreds of undergraduates who worked at the ELA as seasonal research assistants have also had successful careers in environmental research and/or management.

Steven Emerson, professor of Oceanography, College of Ocean and Fishery Sciences, College of the Environment, University of Washington

Emerson studied the carbon cycle of the ocean, with an emphasis on the mechanisms of atmosphere-ocean CO2 exchange. He was the first to complete a PhD at ELA (1970-74), as a student of Wallace Broecker at Lamont Doherty Geological Observatory, Columbia University, studying gas exchange rates using radioactive tracers. Emerson has also supervised many graduate students, and he co-authored the 2008 book, Chemical Oceanography and the Marine Carbon Cycle.

Rudd is an international expert on methyl mercury, and co-leader of the multidisciplinary research teams that conducted the ELARP and METAALICUS experimental studies at the ELA beginning in 1991. He conducted his PhD research (1972-76) on methane cycling at the ELA under the supervision of N. Campbell and R.D. Hamilton from the University of Manitoba.

An international expert in biogeochemical processes and modelling, Hesslein is currently advising the Lake Winnipeg Research Foundation. He conducted PhD research on chemical fluxes between sediments and water at ELA (1971-76) as a student of Wallace Broecker, Lamont Doherty Geological Observatory, Columbia University.

Flett Research is an environmental laboratory and consulting firm that specializes in analyzing mercury and environmental radioisotopes, with clients in North and South America, Europe and Asia. Flett received both his master’s (1973) and PhD (1977) from the University of Manitoba, conducting his research at the ELA on nitrogen fixation in lakes.

Sherry Schiff, professor of Earth Sciences, and research chair in biogeochemistry of watersheds at the Water Institute, University of Waterloo

Schiff first worked at the ELA as a summer research assistant in 1974, and later earned her PhD in 1986 from Lamont Doherty Geological Observatory, Columbia University, while studying acid neutralization in sediments.

Formerly a research scientist at the Canada Centre for Inland Waters, Servos investigates the impact of contaminants on aquatic life, beginning with gene expression and including whole communities of fish. He earned his PhD (1988) from the University of Manitoba by studying the fate and availability of dioxins in ELA waters under Derek Muir and Barry Webster. 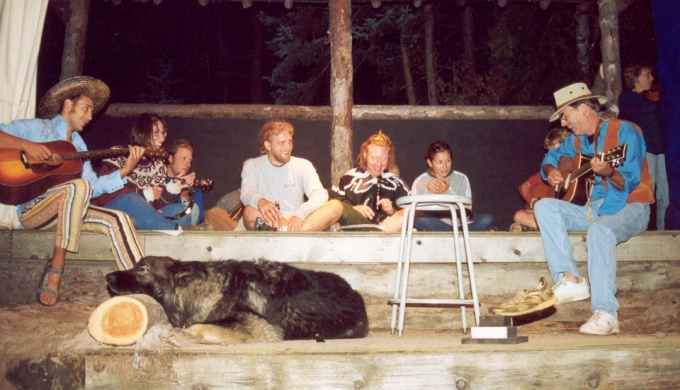 Jean-Pierre Sweerts, chairman of the DOB Foundation, treasurer of the Ecological Management Foundation and board member of the Micro Water Facility.

Sweerts is the founder of Linius Capital, which finances and supports business development of clean energy and technology projects, companies and funds. Under the guidance of John Rudd, Sweerts conducted some of his research on chemical fluxes in the sediment-water interface at the ELA for his PhD (1990) from Rijksuniveriteit Groningen (Netherlands).

St. Louis is an expert on methyl mercury and greenhouse gases who focuses on the natural biogeochemical cycling of elements in the environment, and the human disruptions to these cycles. He first worked at the ELA as a summer research assistant, and later earned his PhD from the University of Toronto with work at the ELA on how lake acidification impacts tree swallows.

Delorme made a career of fervently promoting the need for science-based solutions to protect Canadians and their environment. He earned his PhD in 1995 from the University of Manitoba, conducting research at the ELA on pesticides in fish.

Lamontagne focuses on groundwater hydrology, environmental tracers and biogeochemistry, aiming to understand how water regime changes impact river and wetland ecosystems. He earned his PhD (1998) from the University of Waterloo, conducting research at the ELA on nitrogen cycling in upland boreal forests.

Brian Branfireun, associate professor of Geography and Planning, University of Toronto, and Canada Research Chair in environment and sustainability, University of Western Ontario.

Branfireun specializes in ecohydrology, and earned his PhD (1999) from McGill University while studying under Nigel Roulet. He also contributed to the ELA Reservoir Project, working on catchment-scale hydrology and methylmercury biogeochemistry.

Xenopoulos’ research focuses on understanding how human activities affect ecosystem structure and function in lakes and rivers, both at the local and global scale. She earned her PhD (2002) from the University of Alberta while conducting ELA research on solar radiation and water-column mixing under the supervision of David Schindler. Xenopoulos was also granted a university faculty award position from NSERC and the early researcher award from the Ontario Ministry of Research and Innovation.

John Shearer retired in 2007 after more than 38 years working at the ELA as Senior Biologist and Operations Manager. He lives in Winnipeg and volunteers his services to raise ecological awareness.