Students and youth across the world recognize that the climate crisis threatens our existence. University students in particular are in a unique and complicated position. We’re in a phase of life that is transient but extremely formative; we’re being exposed to new perspectives, ideas, and theories; we’re developing the skills to make some sort of significant contribution to the world; we’re planning for our futures. We should feel empowered. And yet, we don’t.

Students and youth across the world recognize that the climate crisis threatens our existence. University students in particular are in a unique and complicated position. We’re in a phase of life that is transient but extremely formative; we’re being exposed to new perspectives, ideas, and theories; we’re developing the skills to make some sort of significant contribution to the world; we’re planning for our futures. We should feel empowered. And yet, we don’t. When compared to preceding generations, youth today are more anxious, are experiencing astronomically high rates of burn-out, and are perceived as being lazier and less ambitious.

Our anxiety is less related to our social media usage and more related to the extreme precarity of our futures, especially when sea level rise alone will displace hundreds of millions of people — this number rises even further when recognizing the threat of the increased frequency and severity of extreme weather events, crop failures, air pollution, heat stress, and vector-borne diseases. It’s related to the fact that we’re constantly made to feel utterly powerless in the face of the 100 companies responsible for 71% of the world’s emissions, while being told that the future of our planet relies solely upon our actions. We experience high rates of burn-out because on top of juggling classes, jobs, and extracurriculars, we’re bombarded with stories of oil spills and catastrophe, heaping amounts of information and news impossible to comb through, and reminders/guilt-trips to “do our part” for the planet. And if there is truth to the perception of lack of ambition in today’s youth, then it is only because ambition requires planning, and planning requires the certainty of a future. 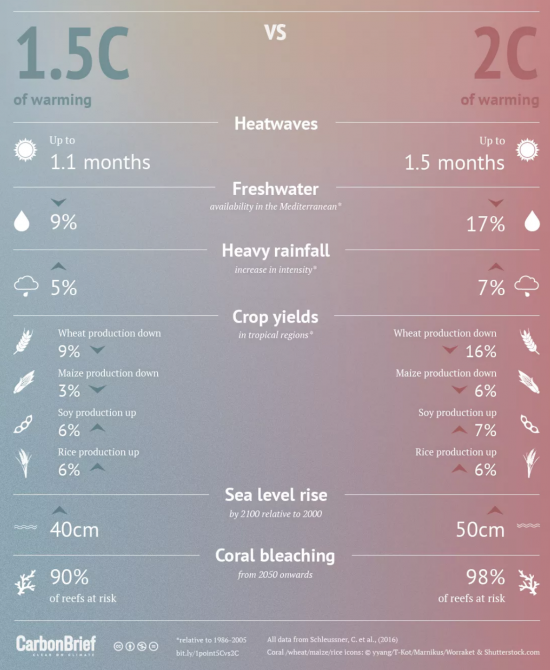 The difference between 1.5 degree of warming and 2 degrees of warming is stark. (Credit: CarbonBrief)

With the knowledge of climate science and acute awareness of political inaction, university students are well-placed to become climate justice advocates, activists, and organizers. We’re starting to recognize that our degrees are utterly useless without a habitable world. We’re learning rapidly, and applying the skills we develop in and outside of the classroom. We are on the cusp of our shifting political culture. We are simultaneously considered adults and youth, and are rising to the occasion of displaying the strengths of both.

So on March 15th, university students across Canada organized strikes in response to Greta Thunberg’s global call. At McGill University, we formed The Planet Takes McGill. Many of us represent different clubs or groups, but most of us are simply individuals who are too concerned to be idle any longer.

Mobilization was a whirlwind. In a process of four weeks, the organizers not only had to organize and promote the walkout, but many had to do so while learning how to do so. In a period where many of Quebec’s student unions have dissolved or become essentially defunct, La planète s’invite à l’Université or LPSU, which roughly means “the planet invites itself to university”, has emerged as a new coalition of students concerned about climate action. LPSU joins francophones and anglophones, and cegeps and universities across the province. While this can make it difficult to have efficient meetings (both geographically and linguistically), the commitment everybody has to this group is driven by a deep desire and urgent need for change.

At McGill, we mobilized students through good ol’ fashioned word-of-mouth (tabling, class announcements, emails), sharing our graphics, stickers, buttons, and posters across campus, and working in solidarity with campus sustainability groups, such as Divest McGill and the Student Society of McGill’s Environment Committee. We hoped to picture the endorsements of as many student associations and faculties as possible to give our group some legitimacy, support, and exposure, but because of the time restraints, we only managed to get the official endorsement of the overarching Students’ Society of McGill University. While this technically included students of every domain, this meant we got less exposure than we had hoped for.

Or so we thought! 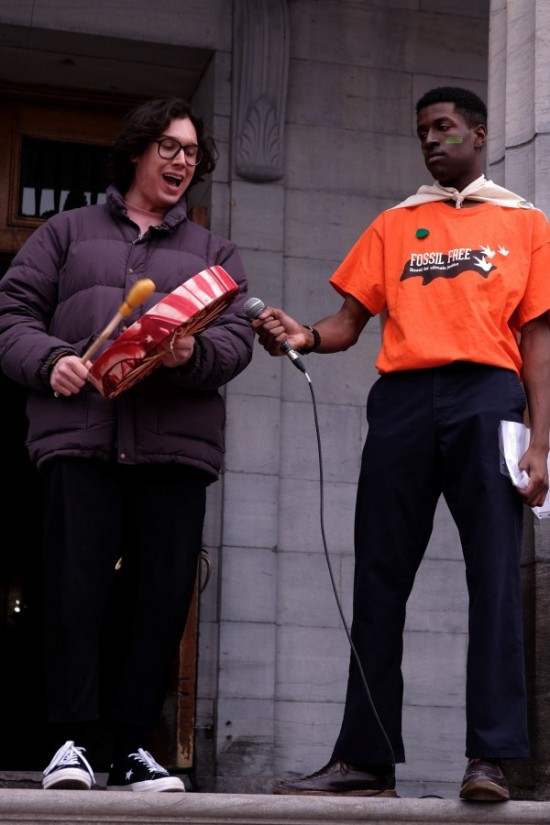 The Planet Takes McGill organizers, before joining up with the mass student protest.

We wanted to mobilize students en-masse, and we did. Over 1500 McGill students formed the group of 150,000 marching in Montreal.

People can’t ignore you when you’re 150,000 strong, as evidenced by the Quebec Environment Minister’s request to meet with LPSU. Unfortunately, they can still offer false platitudes and promises to the press while approving new pipelines — specifically, the Gazoduq pipeline. This pipeline would travel 750km east to west from Saguenay to Ontario and spread over 65km north to west to transport liquid natural gas, extracted by fracking.

And so, our work continues. We are growing rapidly — we are building a massive network across Canada of young activists and have a long-term plan to demand governmental, institutional, and systemic change. March 15th was only the beginning; we’ve been organizing digital campaigns, a direct action in April, a nation-wide high-school strike, workshops, and more. We’re already getting ready for the start of the school year. On September 20th, universities across Quebec and hopefully Canada, will organize to officially go on strike. Join us, but don’t cross the picket line!

Alison is a concerned citizen, climate organizer, and lover of bicycles and hummus!