In the spring and summer of 2014 and late winter 2015, I lived and worked in the beautiful vibrant hamlet of Igloolik, Nunavut, a coastal Inuit community of more than 1800 people located on Igloolik Island about 300 kilometres north of the Arctic Circle. I was there doing my undergraduate thesis, working on understanding how Elders are passing on local Inuit Knowledge (Inuit Qaujimajatuqangit) to their youth, specifically the hunting and land skills involved in harvesting spring ringed seal and summer walrus.

In the spring and summer of 2014 and late winter 2015, I lived and worked in the beautiful vibrant hamlet of Igloolik, Nunavut, a coastal Inuit community of more than 1800 people located on Igloolik Island about 300 kilometres north of the Arctic Circle. I was there doing my undergraduate thesis, working on understanding how Elders are passing on local Inuit Knowledge (Inuit Qaujimajatuqangit) to their youth, specifically the hunting and land skills involved in harvesting spring ringed seal and summer walrus. The project primarily involved two parts. One part was interviewing Elders and youth during extended camping trips and the second part was a photo project to visually document the intergenerational land-based activities. The project was funded by a National Geographic Young Explorers Grant, the Northern Scientific Training Program, and the Community Conservation Research Network.

Life in Igloolik or any community in the Far North is not easy. Inuit however are resourceful, resilient and hopeful people who have worked hard to create the life they have today. To add to living in an unforgiving environment where it can feel like minus 70° Celsius in winter months, Inuit are facing issues such as climate change, market economies, globalization, and super high food prices – all of which have real social and health implications for them. These are complex issues with no easy solutions. There is however one pressing issue facing Inuit in Igloolik and across Nunavut that can significantly be improved today – the dire Nunavut housing shortage.

When I share stories of the Far North with southern Canadian friends who have not yet been to Nunavut, they understand that Inuit no longer live in iglu. Many, however, seem unaware of the kind of housing Inuit live in today.

Inuit for thousands of years lived a more nomadic lifestyle, choosing to set up camps in ideal environments, carrying very little, and moving when needed. It was not an easy lifestyle, but it felt like freedom, according to my Elders. Over the last 60 years, “modern” southern-style housing has been imposed upon Inuit, bringing with it advantages and challenges. Perhaps most significantly, housing has forced an abrupt lifestyle change for an entire generation of people. In 2014, Alianakuluk, an Igloolik Elder – my Elder – told me that living in town today is very different than in his earlier years, and that he has never gotten used to it, despite living in this setting for a good part of his life. Today, Inuit in Nunavut live in homes we see dotted across Canada – mostly single detached homes and row houses. However, they are extremely modest homes, constrained by a mix of economics and funding – building materials are shipped up by sealift once a year, only when the ice has melted and the communities are accessible by water.

Over the last few decades, Igloolik and many of the 24 other communities in Nunavut have increasingly been experiencing the burden of a housing shortage. Housing in the last few decades has not caught up to the territory’s rapidly increasing population and high birth rate – over half of Nunavut’s population is under 30 years old. In Igloolik, about two-thirds of 1800 Igloolingmiut currently live in 267 affordable housing units, and as of January 2015, 102 households were on the wait list. In Nunavut, there were 2,313 households on the waitlist for affordable public housing in the territory’s 25 communities last year, and estimates are that the actual need is more than 3,000 new affordable public housing units across the territory. 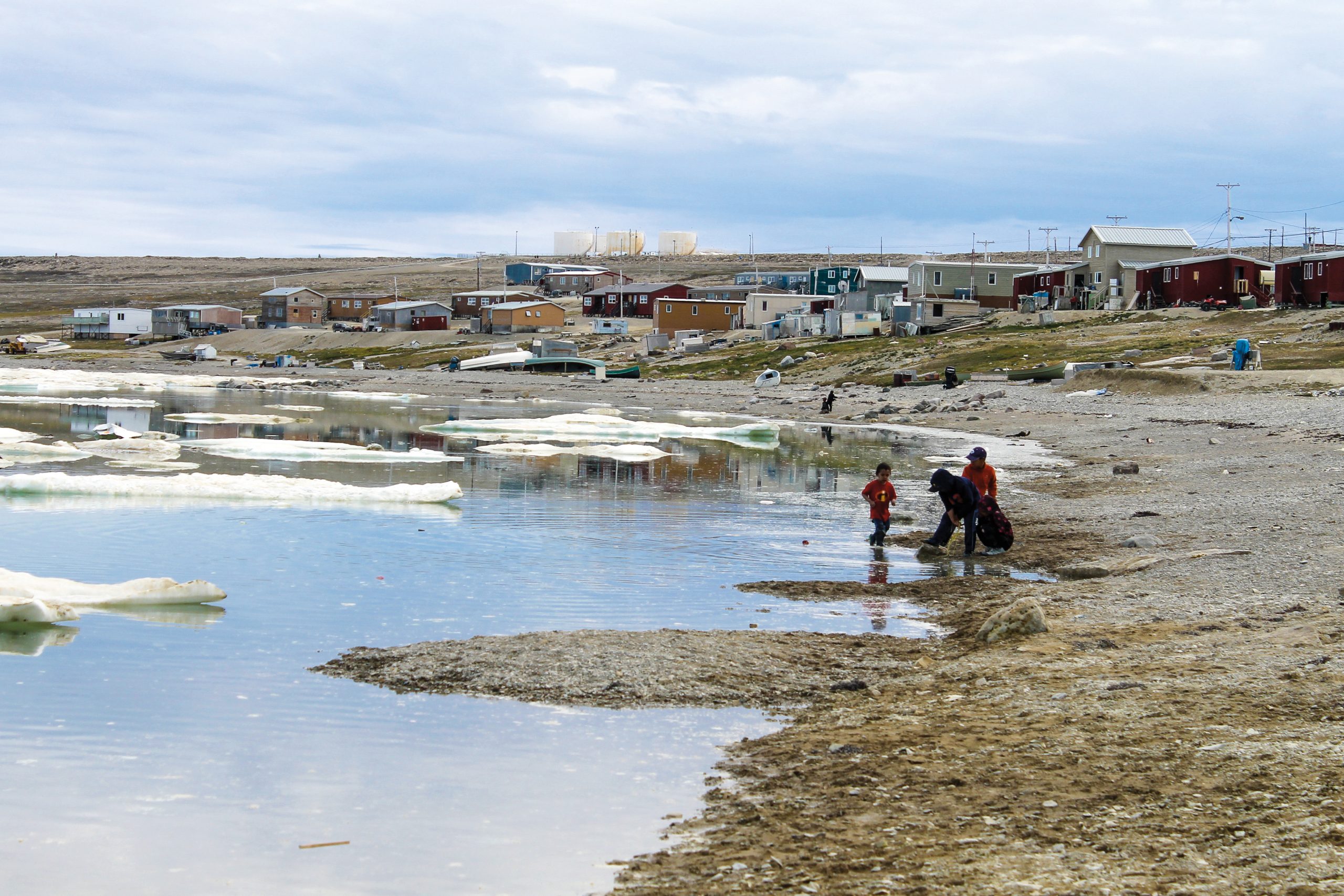 Overcrowding in homes is how Inuit have made-do, where multiple families live in a space meant for only one family. It is sometimes very hard to witness. I have visited so many homes in Igloolik where too many people are living in one small space. In a 2011 Housing Needs Survey carried out in Igloolik, 48 percent of occupied homes were classified as crowded based on a lack of bedrooms. In almost half of these crowded homes, people said they regularly used the living room to sleep because there was no place else to sleep in the home.

“All of those conditions, the overcrowding, it affects young people. If they don’t have a place to study, how are they going to do in school?” says Senator Lillian Dyck, Chair of the Senate’s Standing Committee on Aboriginal Peoples. “If they don’t do well in school, then how does that affect the way they feel about themselves? They need to have a safe, secure place to live.”

In addition to the lack of living space, many homes are in urgent need of repair. About 60 percent of Igloolik households in 2010 were below housing standards. In the 2011 survey, 22 percent said their homes require major repairs for defective plumbing or wiring, broken oil or sewage tanks or broken hot water boilers.

Sharing and overcoming difficulty together is part of who Inuit are, but there comes a time when enough is enough and the status quo becomes too much. “I think we’re in dire straits,” said Solomon Allurut of Igloolik, who oversees affordable housing in the hamlet.

Improving the housing situation in Nunavut will be not be easy, but it can be done. In recent years the Government of Nunavut has invested heavily in housing, while the federal funding contribution has steadily declined. As an example, from 2012-2015 the Nunavut Housing Corporation invested about $160 million each year on affordable public and staff housing in Nunavut. Over that same period of time the then Conservative government contributed less than $50 million per year for affordable housing in Nunavut. In Budget 2016, the new federal Liberal government promised $739 million of new funding over the next two years for First Nations, Inuit and northern housing, in addition to other funding for affordable housing construction and retrofits.

Nunavut Senator Dennis Patterson, deputy chair of the Senate’s Standing Committee on Aboriginal Peoples, notes, “While moneys have been announced in the recent federal budget to build more social housing in Nunavut, which is welcome, there’s a steady decline in the funds from Canada to maintain those houses and operate them.”

Funding aimed at sustainability, and, more importantly, sustainable economic development in the North, are needed to support an improved housing picture for Inuit in Igloolik and in communities across Nunavut. “We’ve talked about housing as a crisis for a generation now,” says Natan Obed, President of Inuit Tapiriit Kanatami.

Life for my friends in Igloolik is not easy. Igloolingmiut are resilient and hopeful people. They are Canadian. In Igloolik people just want to lead a decent life like you and I. Sometimes I think too many of us take for granted the luxuries of basic infrastructure we have in southern Canada. Perhaps I am mistaken, but there should not be a housing shortage or broken hot water boilers in a part of Canada where it can feel like minus 70° Celsius in the winter.