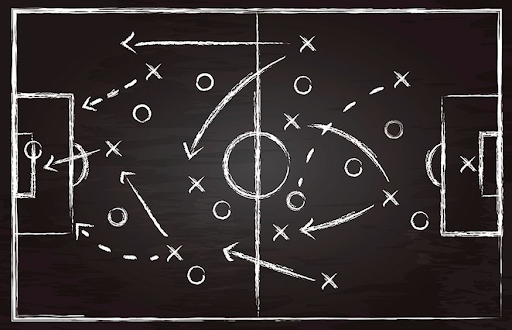 Letter from the Editor

A How-to Manual for Making Your World A Better Place shares the stories of changemakers, altruistic influencers, big picture thinkers; but mostly, it shares the stories of compassionate people who are just trying to make the world a better place. This issue wasn’t planned. I was speaking with the Alternatives Journal team about how I am trying to create a new narrative and business model in the not-for-profit space, when we started a conversation about making change. In a world that seems fixed, rooted in its existing systems of expectations and power dynamics, how do we make progress? How do we move mountains?

This question isn’t new, but in countless ways, our society is unrecognizable from the previous generation’s, which means the way we go about it has to be new. Firstly, with the adoption of global communication networks like social media, everyone is clambering for the microphone. More voices make it harder to cut through the noise. Secondly, we have moved to a society that values excess; our unabashed rate of consumption does not only apply to stuff, it has transcended into the consumption of our digital and physical preferences – our likes and dislikes, our habits, our data – every aspect of our lives is becoming commodified. Lastly, there has been a dramatic shift in the balance of power between people, government, and corporations. Corporations are king and we the people have tumbled down the ranks.

As an activist, the question of “how do I make change?” is one that I ask myself almost every day. Unfortunately, like most things that take time, there isn’t a silver bullet; there is no magical formula. It takes grit, passion, and most of all, hope.

With an academic and professional career in sustainability, and having worked for, and alongside, industry, academia, government, and non-profit organizations, I have come to a hard truth. I had the naïve perception that if given the opportunity, most people with influence or in positions of power would choose to do the right thing. But the world doesn’t work that way. I realized that I was playing by my own set of rules, one that wouldn’t be rewarded or acknowledged in this version of society. Fed up and jaded by the apathy I was exposed to in my professional career, I decided to take the lessons I learned from corporate Canada and embed them in a not-for-profit. Now, I am the Executive Director of The Transformation Initiative, a not-for-profit that is developing new business models and programs that aim to turn a profit, while doing the right thing. I made the decision that while the world operated one way, it didn’t mean I had to. I decided that I would play my own game, with my own rules. My story isn’t unique – it represents the essence of progress.

Whether you are a new grad or a new retiree, I hope that this issue invigorates you to take action. I hope it brings you inspiration and empowers you to make your own Playbook for Progress. I hope the lessons learned and knowledge shared helps you navigate some harsh realities and hard truths. Mostly, I hope this issue brings you the peace and courage you need to make change in your own corner of the world. Progress requires teamwork, a unified vision, determination, but above all, it needs people like you and me. We need to get off the bench and leave it all out on the field. It’s our time to lead.

Table of Contents
Next Page