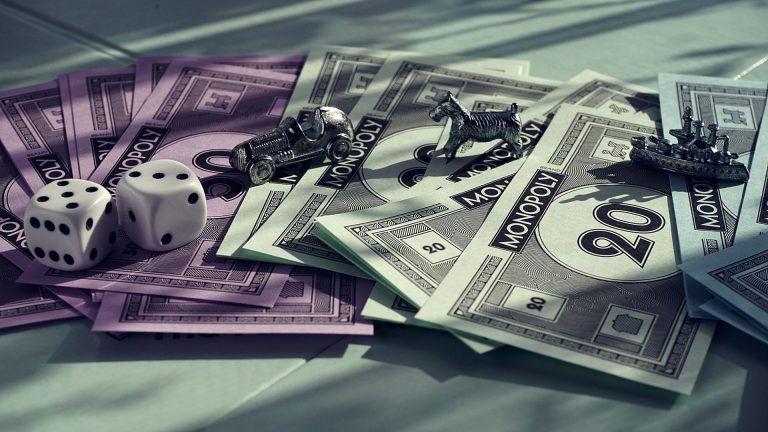 Make your own rules and choose your own adventures.

Our world is an illusion. Like the Matrix, there are some realities that are carefully guised, designed to manage and soothe the masses while being manipulated by the men behind the proverbial curtain. By the time you are in highschool, you have been inundated with expectations and conversations about what your life should look like; ultimately about what success looks like. Let me take a wild guess and outline your expected life path in three short steps: step 1 – get good grades; step 2 – get into a good school; step 3 – get a good job.  Ta-Da! and just like that – like magic – you are now a perfect citizen and you’ve accomplished all that life has to offer. Well, there is one bonus step for the keeners: step 4 – do not question anything; keep your head down, do your work, and enjoy your 2 days off a week. What a life – the stuff dreams are made of…

What you may not know, whether as a recent grad or recent retiree, is that this version of life is not the only one. Like a cake, societies across the globe represent different flavours and are made up of specific ingredients. Once baked, the culture and essence of that society is solidified. If North America, specifically Canada and the United States, were a cake, our ingredients would be GDP, profitability, hypocrisy, competition, assault, greed, job title, intolerance, fame, and dipped in BPA laden plastic with a GMO maraschino cherry on top. Scrumptious!

Did you know there are other parts of the world that have unlimited sick days? Some countries offer free education. Others shut down for a few hours in the afternoon to allow for naps. A few celebrate their indigenous peoples, and fewer make gender discrimination illegal. How do we shape our society to be more equitable? To take climate action? And ultimately, to care about people? There are countless aspects of our society that need to change.

"At the crux of making this change is a dramatic shift in our priorities; what do we value more: life for all or luxury for a few?" 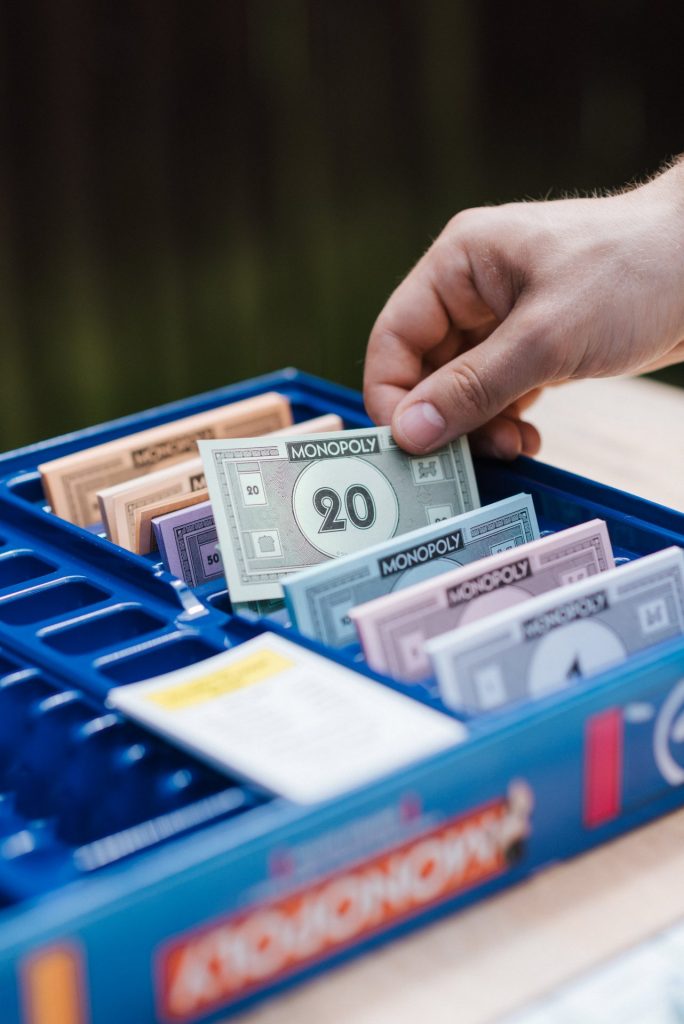 Change, true change, takes time. Laws need to be amended, consensus needs to be met, and people need to want it. True change, real change, must be systemic. So, when we talk about advancing human rights, climate change action, and equitable resource distribution, we need to first acknowledge and understand the systemic problems – one of which is our economic system.

Following the Cold War, much of the world pledged allegiance to Capitalism, specifically, Free Market Capitalism. This neoclassical version of economics promotes infinite economic growth, dismissing environmental and social realities, and is driven by industries who are controlled by private owners for profit. In this system, goods and services are based on supply and demand, and companies are in competition with one another to sell their goods and services to you – the consumer. A defining characteristic of Free Market Capitalism is the absence or limitation of government influence and regulation – this is essential for the creation of a “free market.” In other words, business should happen uninterrupted and the result is that some companies and individuals prosper while others do not. But as we’ve witnessed in the last few decades, our federal and provincial governments have given billions of dollars to failing banks, auto manufacturers, and airlines, which should have otherwise been left to the vagaries of a Free Market economy, meaning failing and filing for bankruptcy.

There are countless problems with this model, including the hypocrisy of “leave us alone….then bail us out”, but the biggest red flag is that this version of economics is based on fantasy – it is a theory that cannot be realized. Unlimited economic growth is impossible because it would require unlimited resources and zero political and social barriers, justifying the exploitation of natural resources and people in the name of profit. Why then have we subscribed to this model? For years, the powers that be have been purposely inundating the human intellectual collective with false rhetoric that positions capitalism as a vehicle for freedom. By unequivocally denouncing socialist ideologies, including communism, we are only left with the alternative. In effect, we’ve excluded economic systems that would truly benefit society and promote fairness, sustainability, and equity. As explained by Sophia Sanniti in her piece “Toxic Men, Toxic Earth, Toxic Futures” this narrow-minded approach to economics is fueled and perpetuated by toxic masculinity; this shouldn’t come as a surprise as it has been well documented that men disproportionately represent positions of power within corporations and governments. In fact, only 43 of 538 named executive officers among Canada’s 100 largest publicly traded corporations in 2020 were women1 and only 21 of 195 countries have women serving as Heads of State or Government, with 119 countries never having a woman leader2.

This ego-driven, make-believe, economic system has fractured our world into two realities:

This absence of reality and ethics in our economic system has poisoned all other aspects of society, including our collective culture and politics. As a result, society has transformed in three fundamental ways:

Without realizing it, we have conditioned ourselves to accept certain realities. It’s ok that people are homeless and begging for pocket change because that’s life – there are winners and there are losers. It’s ok that compensation for CEOs have risen by 1000% since 1978 and only 12% for their employees because those are the perks of being the boss – stop complaining and just work harder. 14. It’s ok that there is climate change inaction because we need to focus on the economy – that is our priority.

What is the single biggest priority of our society?

I think it’s important to reiterate that the economy is fictitious – it isn’t real the way water and trees are. It isn’t real the way you and I are. It is a social construct that we use to organize ourselves. Yet, we have been duped into making it the number one priority when we vote, when we shop, and how we live. If, as a society, we prioritize the economy, and strive to meet THAT version of success, then where does compassion and unity fit in? Where does cooperation and collaboration fit it? It simply can’t.

Digging deeper, a consequence of Free Market Capitalism is the slow but steady erosion of democracy. The democratic political system positions government as the ultimate authority and their role is to represent the people and act on our behalf in the equal distribution of resources and services. But if Governments are failing to regulate the distribution of these goods and services in the spirit of capitalism, where does that leave us?

The shift to privatization has been happening for over 50 years and as a result, public goods and services that were once managed and regulated by Government, are now being controlled by corporations, including: penitentiaries, hospitals, schools, arenas, transportation, mainstream media, food, vaccines, and more. With fewer corporations competing against each other, power becomes concentrated in the hands of a few, paving the way for Megacorporations. At this rate, these Megacorporations are on track to cannibalize our Government by acquisition in a leveraged-buyout or a hostile takeover.

This needs to change. At the crux of making this change is a dramatic shift in our priorities; what do we value more: life for all or luxury for a few?

It’s time we change the rules. Of course, systemic change requires a social revolution and it starts with us. It may seem, on occasion, like some insurmountable task to overcome, but it’s our duty to try. Every single person has a valuable part to play – whether you are a new grad, a politician, a seasoned corporate employee, a business owner, a volunteer for a not-for-profit, or a parent. The first step is recognizing that YOU have power and influence. It doesn’t always feel that way, I know, but it’s true. The products that are made, the policies that are passed, that is based on what WE, the people, are willing to ask for and willing to put up with. Prime Ministers and CEOs don’t make change – you do. They just respond to it.

If you don’t know where to begin, start within your home; start with inspiring and changing the minds of family friends who may be stuck in the rat race and lost their way. As explored by Elizabeth Greenfield in her piece “Babies on Board”, the conversations you have around the kitchen table can end up influencing the decisions made in the boardroom.

If you are, or aspire to be, an entrepreneur, take a page from Kelly Drennan’s book and think about shaking up the system by building ethics into the bottom line, like she did with Fashion Takes Action. If you set a new bar, competition will follow. Learn more about her journey and how she is shaking up the system in her interview with Greta Vaivadaite.

Sometimes, if you want something done right, you have to do it yourself. For those of us who have the means and courage, like Emma Tamlin, running for office may be the right path for you. Interested in learning more? Take a look at Alternatives Journal’s interview with career politician and Ontario’s former Minister of Environment and Climate Change, Glen Murray where he gives an honest portrayal of life as a public servant.

Whether your journey is just beginning, or coming to its final chapter, you, reader, are our greatest line of defence. Good people, doing good things, is always the answer. Never underestimate yourself or your impact on the world around you. As you read through this issue, I hope you are left feeling inspired and empowered.

“Never doubt that a small group of thoughtful, committed citizens can change the world; indeed, it’s the only thing that ever has.” – Margaret Mead.