SWIMBYISM: {swīm-bi: izem} It’s a new word I just learned and it stands for “something wonderful in my backyard.” It also perfectly describes a movement of relocalizing fibres and textiles in regional  communities that is gaining interest in North America and Europe – it’s called Fibreshed, and it’s dramatically changing our options for sourcing ecologically, socially and economically responsible clothing.

SWIMBYISM: {swīm-bi: izem} It’s a new word I just learned and it stands for “something wonderful in my backyard.” It also perfectly describes a movement of relocalizing fibres and textiles in regional  communities that is gaining interest in North America and Europe – it’s called Fibreshed, and it’s dramatically changing our options for sourcing ecologically, socially and economically responsible clothing.

Fibershed is both an organization and a movement. The original project was started by Rebecca Burges in Northern California when she endeavored to source all of the fibre, labour and dyes for her prototype wardrobe from within (241 kilometres) of her home. She connected with artisans and farmers to create garments that were not only made in her “backyard” but that in many ways provided a net benefit to the surrounding ecology.

According to Burges, “Fibresheds are designed to connect the wearer to the field in a ‘soil-to-skin’ model. Through these regional/local connections, we inevitably change our perceptions, which changes our behavior in ways that take into account a sensitivity and connectivity for the soil, people, plants and animals that we depend upon for our survival. Our connection with what sustains us can deepen and we begin to honour and care for our communities in new ways.”

The ecological impact can be understood in terms of both what the 150-mile wardrobe diverted from the environment, and the beneficial, regenerative systems it encouraged. Zero toxic dye effluents were released into the watershed, zero synthetic herbicides, pesticides or GMOs were employed, and the CO2 impact that could be measured was 6 times lower than that of the equivalent conventional item (Fibershed 2015).

Fibresheds encourage investment in a new local economy that supports both the people that participate in it and the plants and animals that it’s based upon.

These regenerative systems include rehabilitating and preserving pastureland through techniques such as rotational grazing  through holistic pasture management (which may also include carbon dioxide sequestration) and cultivating dye plants using organic practices that protect wild space and generate  habitat for wild native species and pollinators (thus increasing biodiversity). Fibresheds also encourage investment in a new local economy that supports both the people that participate in it and the plants and animals that it’s based upon.

These benefits are part of the holistic thinking that Burges believes was integral to initiating Fibershed. This holistic thinking is also requisite for bringing balance back to the natural systems that we are all connected too. The outcome has been a network of people“taking the means of production back into their own hands” and strengthening the bond between people and nature via the clothing that they wear.

Thinking of our material culture as playing a regenerative role in the environment is nothing short of revolutionary in the fashion industry – or anywhere. And the revolution is spreading. There are five fibresheds in Canada, all in various stages of organizing. To the west of the Rockies there are groups forming in Vancouver, the Sunshine Coast, Salt Spring Island and Vancouver Island and to the east, past the prairies and great lakes, is one in Southern Ontario.

The Sunshine Coast Weavers and Spinners Guild became the first Western Canada affiliate member of Fibreshed in May of 2013. “Local dyes were already playing a role within our Guild with Mushroom Annie’s palette of Forest Hues along with Heather Apple’s gift to our Guild as our very own ‘Botanical Alchemist,’ [as a skilled natural dyer]” says Deanna Pilling, the driving force behind the Sunshine Coast Fibreshed.

Natural dyes play a very important role in the ethos of Fibreshed, as they bring out the unique colour palate of each bioregion. For the Sunshine Coast, Lobster Rose was put forward as being a real beauty of the coastal rain forest. Deriving from the Lobster mushroom, Anne Harmer (aka Mushroom Annie) describes it as being “most generous with its colour, giving red, rose, peach and pink over many successive dyebaths.”

Pilling’s motivation for organizing the fibreshed came from a “CONSERVE-atism, which in my advancing years, has increased and now has little to do with maintaining the status quo, but rather with preserving what is best about the past, [and] drew me into Rebecca’s vision for a gentler world.”

Furthermore, she states, “disconnection from local fibres, dyes and the handmade life has taken away much from each of our own personal histories and cultures. The fibreshed could become that conduit of re-connection to all that we still treasure today.”

Photos from the Sunshine Coast Fibreshed 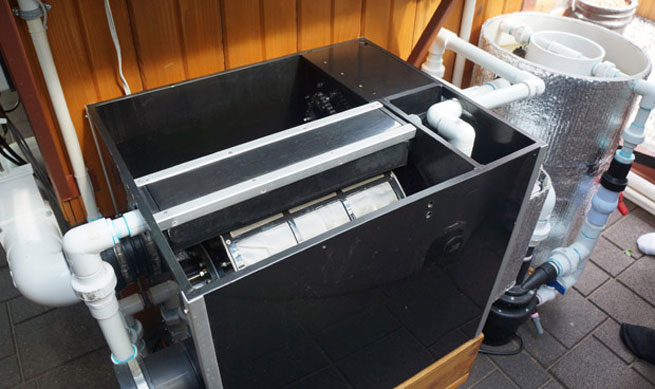 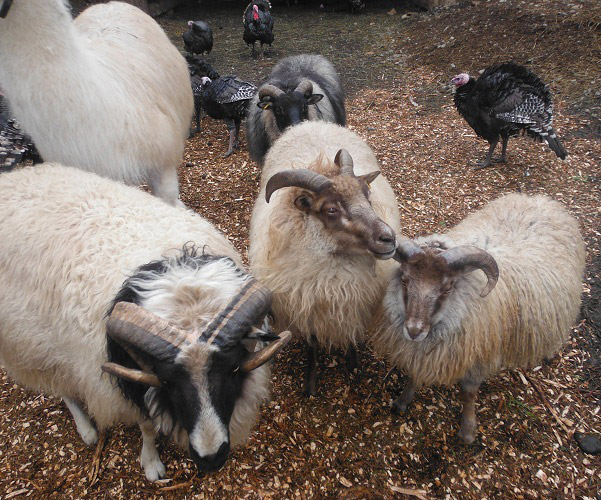 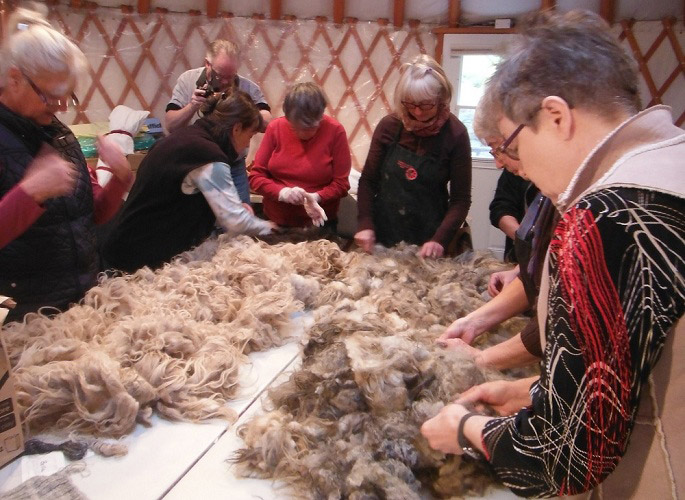 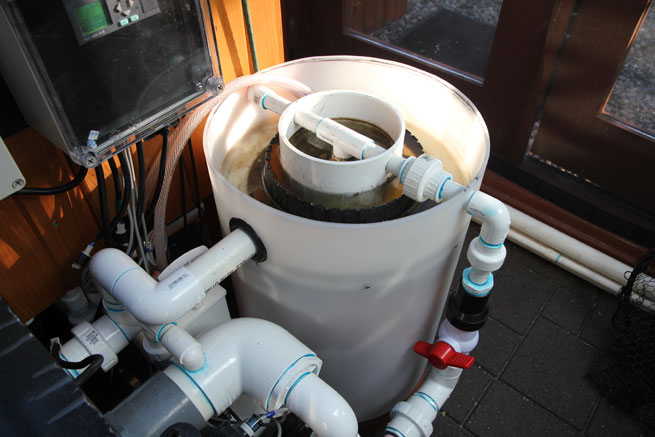 In Southern Ontario, co-founders of the Upper Canada Fibreshed (covering a 400-km radius from Toronto), Jennifer Osborn and myself are looking at fashion and more, including household wares such as carpets, insulation and other durable textiles that would be better suited to the coarse wool available. That is, until flax (linen) and  hemp, which were historically grown in the region, make a comeback and are a viable alternative for next-to-skin uses.

Osborn commented that “textiles are so ubiquitous in our daily lives we barely notice them. Curtains, bedsheets, carpets, upholstery fabric, it is everywhere. Natural fibres are also used in oil spill clean-up, for sound insulation, bedding, stuffing, canvas and so much more.” Some of these things could be manufactured within Ontario with the wool that is already available. “Some of the felted products I have in development include insulating wall hangings and wool shrouds for green burials. Each of these products can use a local lower quality of wool from meat sheep.”

Osborn has a mixed flock including Shetland sheep at her farm, All Sorts Acre, just outside of Orangeville, Ontario, which she cross-breeds with Romney, Icelandic and Bluefaced Leicester for both meat and wool. She is also endeavoring to be the first ecologically based commercial natural dye farm in Ontario. “Much research went into plant selection for the gardens. Things such as plant yields to space needed, ease of growing, years needed before harvest, is the plant perennial or annual, cold tolerance, facilities needed to grow plants (we didn’t want to heat a greenhouse), what mordant [used to set dye so that it will “hold fast” while washing] was needed to get the desired colour, lightfastness, potential invasiveness, plant preparation to get the colour, and of course the potential colour yielded all needed to be considered.”

The Upper Canada Fibreshed also have has a fashion component, partnering with designer Peggy-Sue Deaven-Smiltnieks to create garments that reflect the uniqueness of the region. Deaven-Smiltnieks says, “Often times [we] overlook what is special in our own backyard. If we do not preserve our landscape by celebrating its unique offerings and sharing them with others through our works, they will fade and die out.”

Designers play a strong role in shifting practices, she contends, as do the consumers in demanding better practices. Deaven-Smiltnieks says she uses North American fibre “because I believe in the longevity of the North American farmer and preserving the genetics of a varied fibre landscape. If designers do not use these fibre types for everyday clothing, there will be no demand for these farmed fibres and not financially possible for farmers to continue growing/raising such a variety.”

The uniqueness of each bioregion will engender qualities and colours that are specific to that community and culture.

When you start observing all the textile-based items that you touch in your everyday life, you begin to see that the size of the industry – and the opportunity for small businesses, including farmers – is astounding. The uniqueness of each bioregion will engender qualities and colours that are specific to that community and culture.

When asked about her vision for the future, Rebecca Burges described:

“Regional and regenerative fibre economies (using the definition of economy as: management of home place) being supported by people who view themselves as members and investors in the place they live. Each region will maximize soil-building organic agriculture and low-tech solutions to processing their fibres…. I foresee from these healthy and connected regional economies a series of place-based textiles that represent a systemically beautiful process – from the soil to the skin.”

Photos from the Upper Canada Fibreshed 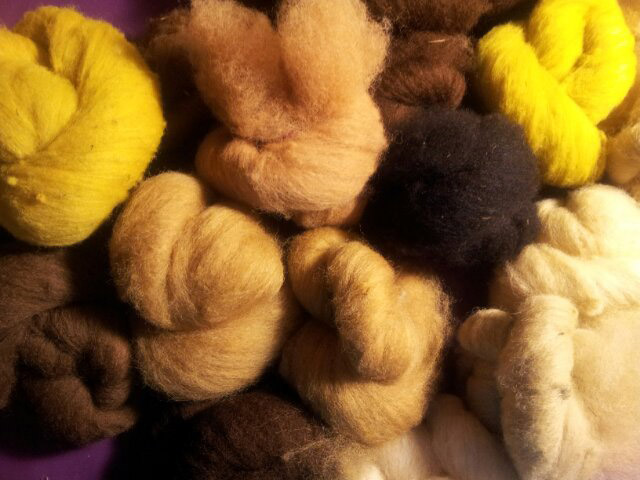 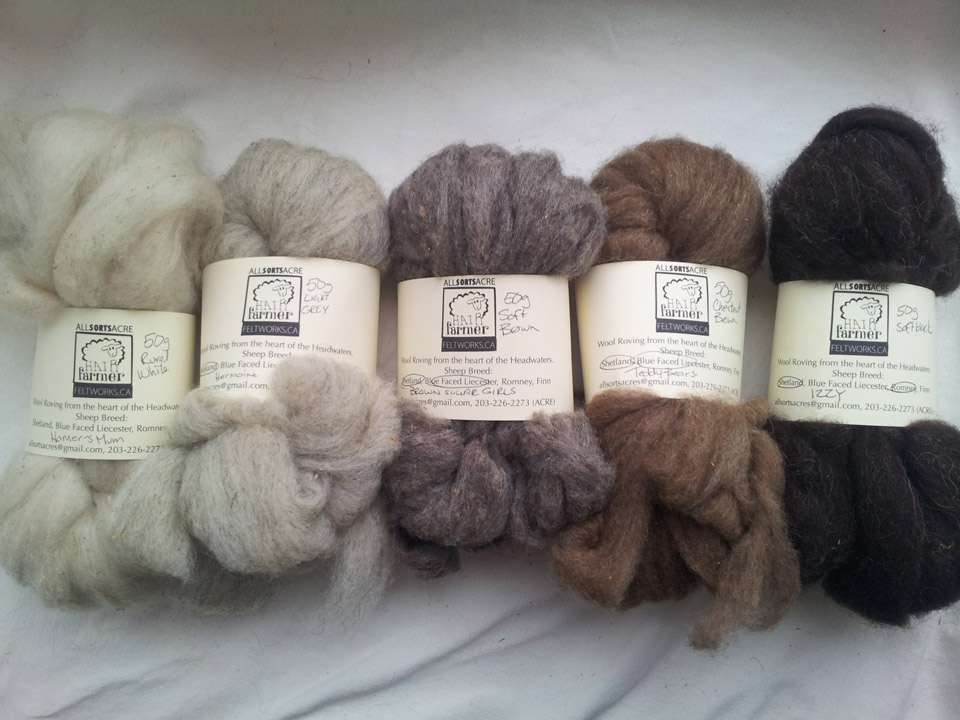 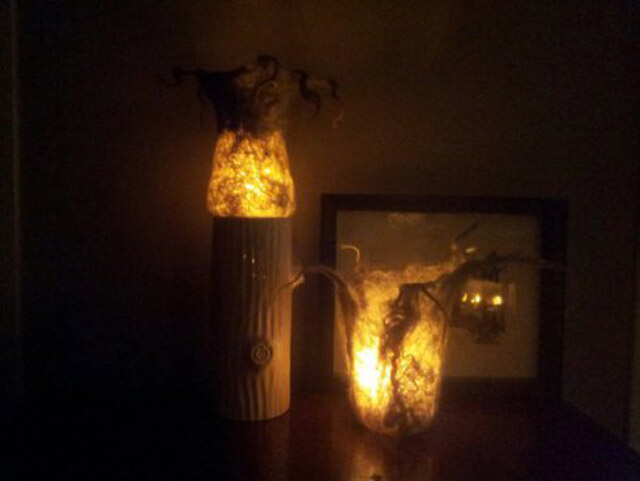 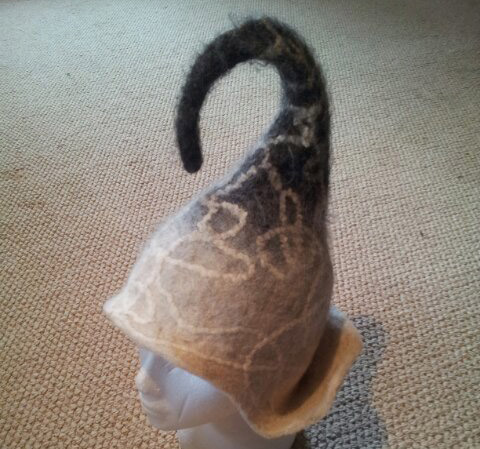 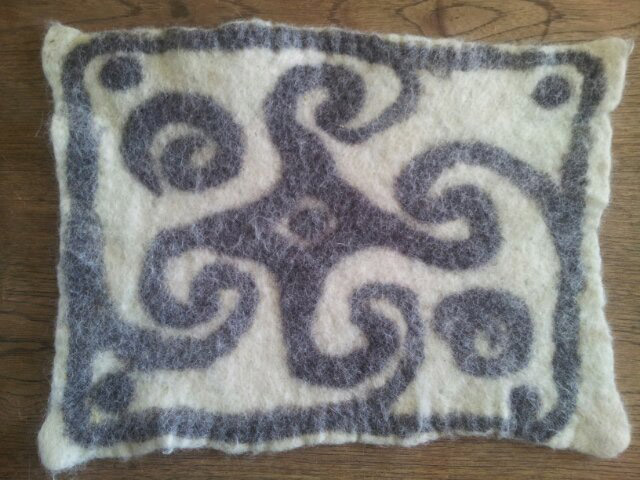 Rebecca has a B.A. in Anthropology from Wilfrid Laurier University (2008), and M.Sc. in Capacity Development and Extension from the University of Guelph (2012). Her work and research focus on sustainability and material culture though the lens of permaculture.

Rebecca has a B.A. in Anthropology from Wilfrid Laurier University (2008), and M.Sc. in Capacity Development and Extension from the University of Guelph (2012). Her work and research focus on sustainability and material culture though the lens of permaculture.