This weekend, on Saturday January 22, 2022, you’ll get a chance to flip the script on writing the rules of politics with the help of FLIP 2.0, a virtual national meet-up dedicated to helping you and me to break the political barriers impeding environmental progress.

As you and I wrestle with the thousands of little ways that we can improve our pro-environment actions, it can be VERY frustrating when the powers-that-be seem to be using that power to be doing the exact opposite of what we’d like them to do. But who are these ‘powers’ – and how do I get me some!? 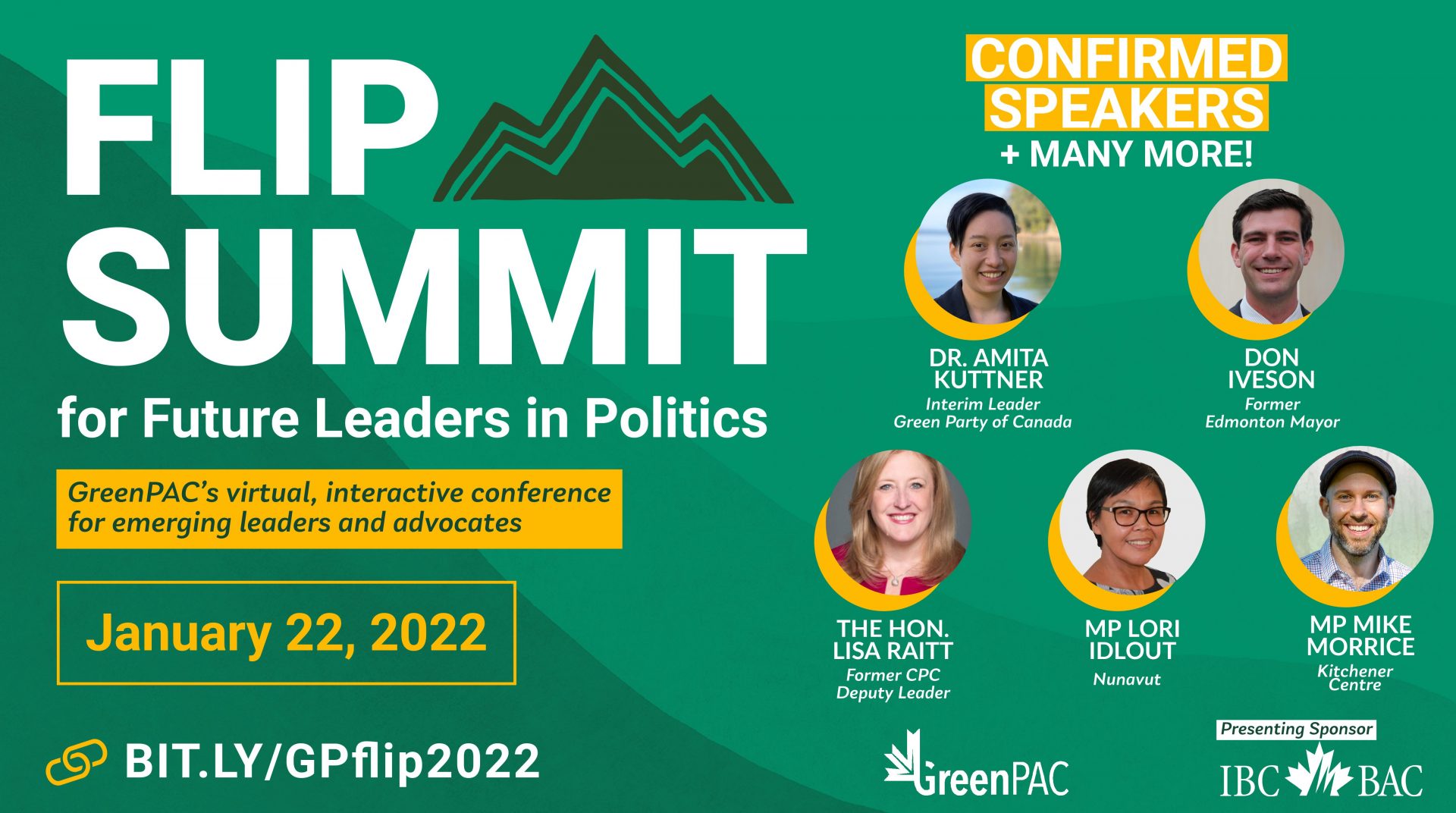 “If I was King of the Forest…..” sang the Cowardly Lion on the road to Oz. Well, if I was King of this forested land called Canada, I know that I would take legislative steps on a myriad number of issues near and dear to me and my vision for a greener, healthier tomorrow. What kind of steps, you ask? Well, don’t mind if I do!

I’d take steps to reduce our carbon footprint and increase our caring footprint. I’d take steps to ensure that we have less oil pipelines siphoning the last of the dead dinosaur juice from our sacred grounds – and I’d sure as heck have more freshwater pipelines bringing aqua-vitae to the First Nations communities across the North who have to live without water all too frequently. I’d take steps to ensure that those most impacted, most vulnerable, to the growing pain of the climate emergency are given more voice in the decision-finding and decision-making, and that we, as a country, measure ourselves to a higher standard of living within the means of Nature.

But, truth be told, I really don’t know that much about politics, or the inner workings of the system. I’ve voted most of my life and have occasionally dabbled by assisting a friend with a campaign – but it has never gone beyond that. And it’s not as if I’m not an opinionated SOB who may be guilty of an over-fondness for the sound of his own voice. But despite my lived experiences as a white male of acceptable means, I remain intimidated and afraid to break through my barriers in pursuit of something that has always percolated in my mind.

Thankfully, some friends shared with me a link to the FLIP 2.0 summit – and it was like flipping a switch in my mind as I pivoted from “I can not” to “why the heck not”. I will be spending my Saturday learning from those in the know, those who’ve walked paths that I seek to explore. I will listen and I will learn from people of all backgrounds as they share their wisdom for summoning the courage to be king or queen of a forever-forested land.

I may never be a powers-that-be but, by the end of day Saturday, I’m pretty certain that I’ll understand that power and how best to work together with my friends and peers to affect positive change on a local, provincial and federal level. And that’s a pretty powerful way to spend the day.