The Toronto MPP and former Greenpeace head introduced Bill 21 Monday at Queen’s Park, legislation that would  pave the way for individuals, governments and businesses to sue fossil fuel companies for property damage or loss, the higher cost of insurance or infrastructure expenses to protect against future harm.

The Toronto MPP and former Greenpeace head introduced Bill 21 Monday at Queen’s Park, legislation that would  pave the way for individuals, governments and businesses to sue fossil fuel companies for property damage or loss, the higher cost of insurance or infrastructure expenses to protect against future harm.

“The world’s largest fossil fuel corporations have to start paying their fair share of the damages that are going to be inflicted by climate change,” Tabuns said. “And they also have to pay for steps necessary to protect people from those climate damages.” 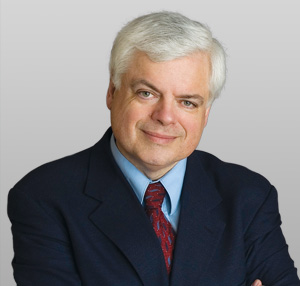 Working with legal guidance from Greenpeace and West Coast Environmental Law, Tabuns’ bill assumes “strict liability on the part of producers” so that companies cannot argue their innocence or ignorance. It starts from a belief, as the preamble to Tabuns’ legislation makes clear, that climate change is real and caused by human activities. “You made a product and it is generally known that your product causes damage,” Tabuns said. “The fossil fuel majors knew exactly what they were doing and what the consequences would be.”

It’s part of a growing wave of climate litigation taking place across the world. Kristin Casper, litigation counsel for Greenpeace Canada, told reporters that Ontario has the opportunity to take the lead in making it simpler for people who are being harmed by climate change to hold big polluters accountable.

Casper pointed to one Peruvian farmer who is currently asking a German court to help him hold a coal plant near his community accountable for a nearby melting glacier that threatens his home and livelihood. In the Philippines, communities have successfully petitioned the country’s human rights commission to investigate the role of numerous fossil fuel companies in possible human rights abuses. Supercharged typhoons and other climate-driven natural disasters, they believe, are negatively affecting the country and its residents.

“I work with lawyers and communities around the world who are seeking justice for climate impacts like stronger storms and sea level rise,” Casper said. These impacts “are already being felt and are only going to get worse.”

Closer to home, New York City became the latest government to announce it was suing five major oil producers for billions to cover the infrastructure costs associated with preparing the city for a warmer future. Mayor Bill de Blasio also indicated his city’s pension fund would divest itself of $5 billion in fossil fuel holdings. And in British Columbia, the City of Victoria and other communities are sending letters to more than a dozen fossil fuel companies asking them to pay for repairing climate change-related damages.

In Ontario, Tabuns admits the costs of climate change have not yet been calculated. But the extreme flooding in the Greater Toronto Area in July 2013 and the ice storm that December cost Ontarians more than $1 billion. New York, meanwhile, is forecasting that $20 billion is needed to protect the city against a warming future.

Asked whether the cost of lengthy litigation processes would be worth taxpayer dollars, Tabuns said any legal bills would be dwarfed by the costs of climate damage. “This is going to cost us in the many billions of dollars,” he said. “We are going to have a huge burden put on us dealing with damage and infrastructure costs that will far exceed any legal costs.”

Keith Stewart, a senior energy strategist at Greenpeace Canada, told reporters that scientists have gotten much better at determining the causal links between fossil fuel burning from specific companies and its impacts on individual extreme weather events. Investigative journalism, meanwhile, has exposed decades of shady behaviour from fossil fuel companies like Exxon Mobil, who claimed the science was too uncertain to warrant government action on climate change, all while incorporating the same data they publicly discredited into their internal operations to protect their investments,

“Oil and coal companies have hid what they knew about the science to delay policy actions that would reduce the market for their product,” Stewart said. They didn’t just create this problem, but their attempts at cover-ups and financing disinformation campaigns have actively made the problem worse.

Renowned climatologist James Hansen, former head of NASA’s Goddard Institute for Space Studies, joined the press conference via Skype. “Climate change is already underway,” he said, and it’s today’s young people and their children who are the most threatened by the irreversible effects of sea level rise and species extinction.

Intergovernmental accords like the Paris Agreement are “basically wishful thinking,” Hansen said. “The actual phase-out of carbon emissions and justice for young people will only occur when fossil fuel companies pay for the costs of climate change.”