WE LIVE in turbulent times, characterized by “wicked” problems. What makes our environment and modern problems so wicked? They are beyond the capacity of any one sector or discipline to research, understand and resolve. Their solutions must emerge from diverse social actors that are convened in forums deliberately designed to cross sectors and organizations, bridge stovepipes and silos.1 Further, their solutions require novel forms of collaboration and unprecedented cooperation between sectors and with civil society.

WE LIVE in turbulent times, characterized by “wicked” problems. What makes our environment and modern problems so wicked? They are beyond the capacity of any one sector or discipline to research, understand and resolve. Their solutions must emerge from diverse social actors that are convened in forums deliberately designed to cross sectors and organizations, bridge stovepipes and silos.1 Further, their solutions require novel forms of collaboration and unprecedented cooperation between sectors and with civil society. Wicked problems are also complicated by demands from a plurality of Canadians to be “heard” or “seen” in the outcomes. In a recent survey by the Environics Institute, 55 per cent of Canadians cited public accountability as extremely important in how governance decisions are made; other priorities included working constructively among levels of government and consulting with citizens to develop policy.

In addition to dealing with “wicked” problems, federal policy development is further complicated by changing political philosophies on the modern role of the public service, as well as greater public accessibility to information, science and knowledge due to Web 3.0 technologies. Increasing centralization of functions into the Prime Minister’s Office, beginning with the Mulroney administration in the late 1980s and continuing under the Harper administration, has eroded the traditional relationship between ministers and their deputies. Without a good working relationship and trust between the political and the staff levels, the civil service has correspondingly become very risk-averse.2 With current levels of centralization, grand visions such as the development of Granville Island in British Columbia and the redevelopment of the Toronto Harbourfront would not have been possible.

Gone
Cancelled horizontal organizations in the federal government include:

RELATED: Learn more about the federal retreat from the environment in “Crimes Against Ecology“

There is no doubt these challenges are messy; they demand unprecedented degrees of cooperation, coordination and policy coherence among levels of governments. What makes these challenges more wicked than in the past is the growing need to make decisions about complex, coupled socio-ecological living systems on which we will never have complete information. Human beings dominate the Earth today in part because of our sheer numbers; natural and human systems are co-evolving. We are, however, still governed by institutional structures inherited from our past.

Government decisions, like private sector decisions, are influenced by their a priori investment in less sustainable options, as well as by path dependence. In other words, previous technological, policy, development and social decisions make it difficult to change course. Decision makers are also influenced by sophisticated vested interests highly resistant to change, and brittle, rigid structural lock-in that leads to conflicting mandates, overlap and duplication within and between departments.

Take, for example, Natural Resources Canada. One branch of this key government department works toward energy efficiency and energy reductions, while another branch provides incentives for large-scale fossil fuel extraction. Existing government mandates also inhibit development of policies that are integrated across departments. For example, current building codes do not take into account the effects of fire-retardant materials on cancer rates in firefighters; health and federal housing regulations function in silos.

Current federal and provincial government structural arrangements work against the implementation of effective environmental policy development in Canada, never mind moving to integrated policies for sustainable development. For example, the Fraser Basin in British Columbia is “managed” by more than 62 different government agencies. At the federal level, Canada perpetuates a 19th century organizational model structured around functions and services, such as natural resources and transportation, rather than around modern-day issues. Existing government structures cannot deal with modern, urgent challenges such as climate change adaptation and mitigation, or large-scale biodiversity loss. These issues cross multiple federal departmental mandates, overlap with provincial, territorial and local government mandates, and are not restricted by geographical boundaries.

Thus, environmental policy development is weaker and more fragmented than ever. When push comes to shove, the economic agenda still succeeds at trumping the environment, ignoring the sustainable development imperative to reconcile ecological, social and economic considerations. A clear illustration is the federal government’s lack of action or policies on climate change and the urgent need for proactive biodiversity conservation, in spite of scientific evidence. For example, the Living Planet Index (which measures over 10,000 populations of mammals, birds, reptiles, amphibians and fish) has declined by 52 per cent since 1970.

A further illustration is energy efficiency, the first and most basic step in addressing climate change. It is now possible to move beyond carbon-neutral buildings to create carbon-restorative buildings, that is, buildings that give energy back to the grid. This is leading-edge innovation to tackle a “wicked” problem. Yet governments continue to undermine such innovation by heavily subsidizing fossil fuel extraction and use.3 A critical first step toward effective environmental policy would be, therefore, the elimination of all fossil fuel subsidies. Another key step is to reform the current federal/provincial/municipal tax structure under which local governments can only raise revenues through development – a built-in incentive to grow, no matter the environmental costs.

Where can we look for shining examples of environmental policy-making more suited to our complex, wicked, turbulent world? Four key innovations in the province of British Columbia stand out.Without government transformation, however, we remain mired in the same old, same old. More critically, the space for social and technological innovation is absent. In the long run, if not now, it will affect Canada’s competiveness and development options.

The revenue-neutral Carbon Tax Act puts a price on GHG emissions, providing an incentive for sustainable choices that produce fewer emissions. The province started to phase in the escalating revenue-neutral carbon tax on July 1, 2008. One hundred per cent of the revenue from the tax is returned to taxpayers through reductions in other provincial taxes, and there is built-in protection for lower-income British Columbians. This legislative revenue neutrality was critical to sustaining innovation and action on the ground in spite of electoral swings.

RELATED: What a carbon fund could look like in Ontario

Second, a key policy instrument, the BC Climate Action Charter, is a voluntary initiative that commits local governments to lowering their carbon footprint and taking community-wide actions to demonstrate leadership in sustainable development. Signatories to the charter, which was initiated in 2007, make planning for compact, complete and energy-efficient communities a priority, and report every year on their progress toward these goals as well as on achieving carbon neutrality in their corporate emissions. Of BC’s 188 local governments, 182 have signed the charter. Carbon neutrality and mandatory reporting commit all public sector organizations, including government offices, schools, post-secondary institutions, Crown corporations and hospitals, to measure operational GHG emissions, reducing those where possible, offsetting the remainder and demonstrating leadership through public reporting. 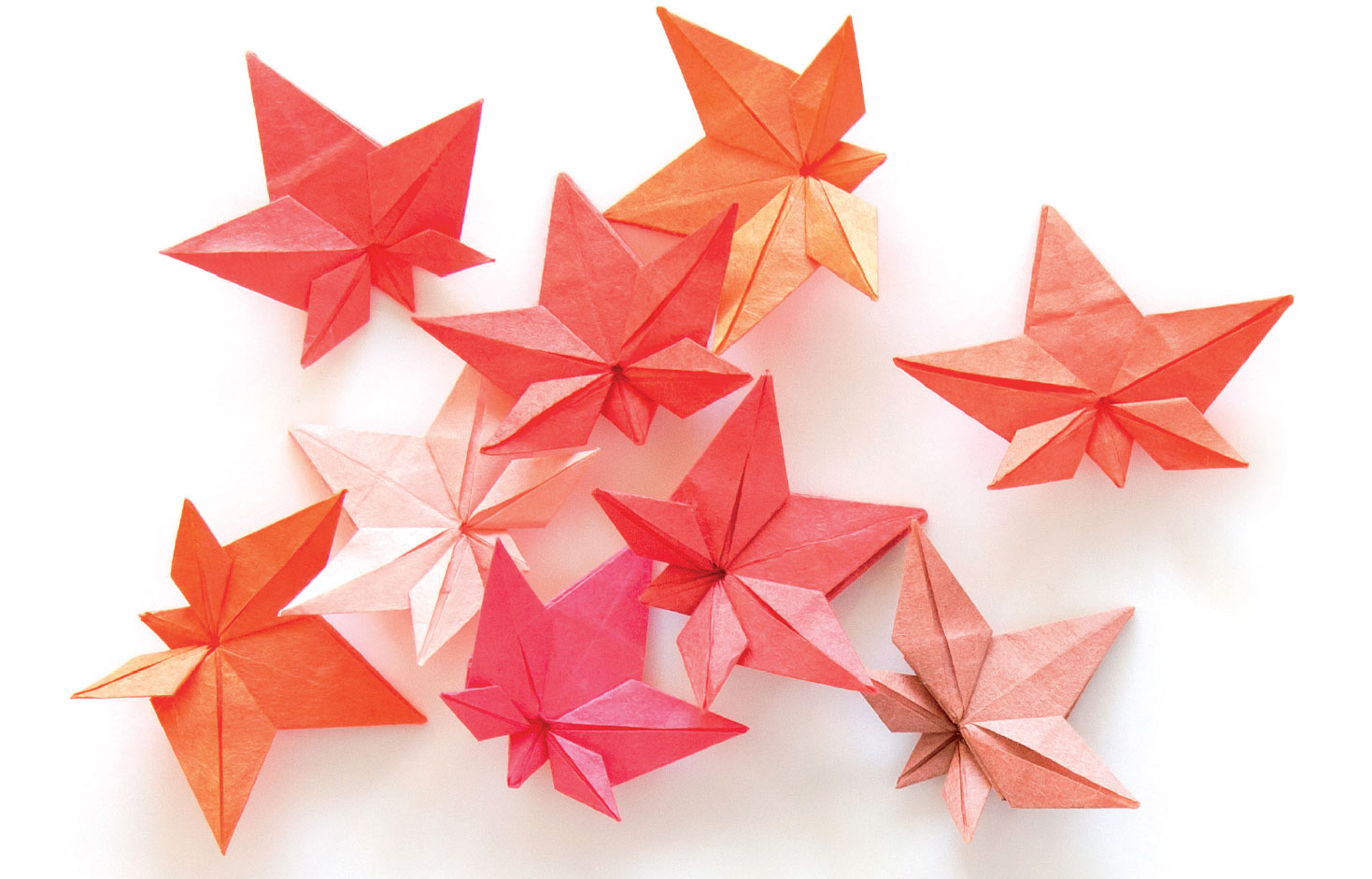 This innovative policy framework resulted in the BC public sector achieving carbon neutrality in June 2011. Our research in the province has confirmed how important the charter was in moving local decision makers toward investment in on-the-ground climate action and innovation. A unanimous outcome from the concluding peer-to-peer learning exchange (which brought together all the case-study interviewees) was that a Charter 3.0 should be put in place with even stronger targets and timelines to spur even greater innovation and to create another, higher-level playing field. This is also a clear example of policy alignment between levels of government.

Third, the BC government has implemented accountability in reporting through the Climate Action Revenue Incentive Program (CARIP). CARIP reimburses the carbon tax for local governments who have signed the BC Climate Action Charter. These municipalities and regional districts annually measure the carbon footprint of their corporate operations and publish information about their corporate and community-wide sustainability actions through CARIP reports. In addition to corporate emissions management, another charter commitment is for local governments to measure and report on their community-emissions-profile data – from on-road transportation, to building energy use, to municipal solid-waste management – in the Community Energy and Emissions Inventory (CEEI). CEEI establishes baseline inventories: “what is measured is managed.”

Fourth, the BC government has developed incentives and tools for local governments to accelerate policy implementation. For example, SMARTTool measures and aggregates energy use and emissions related to buildings, fleets and paper. SMARTTEC measures core-government business-travel emissions. Staff use the tool to explore various travel alternatives and make informed choices, balancing GHG reductions, cost savings and factors such as travel time. After travelling, staff enter information about their trip (distance travelled, mode of transportation, nights of accommodation etc.) and the tool calculates the carbon footprint. Two climate-normalization calculators are now available to provide a simple analytical approach to examining the impacts of climate on energy consumption and resultant GHG emissions in the province. The 2014 Best Practices Methodology for Quantifying Greenhouse Gas Emissions sets out the current best practices for quantifying and reporting GHG emissions from BC’s provincial public sector organizations. Finally, the province established a five-million-dollar fund for school districts to implement energy efficiency projects.

We need to identify the co-benefits of climate change adaptation and mitigation, sustainable development, the green economy and green jobs.

The charter and CARIP reporting requirements, complemented by the legislative framework, are changing how local governments make decisions and manage risks. Most notably, they facilitate interdepartmental collaboration and intersectoral cooperation, and integrate climate change into broader sustainability planning. Across the province, and in the face of acute economic constraints, local governments have reduced GHG emissions, developed local projects to balance emissions, purchased offsets to compensate for emissions, and, in many cases, developed financing innovations ranging from carbon funds to regional offset strategies. There is now a strategic opportunity to stimulate further local innovation to engage with local governments and other stakeholders on the next generation of work informed by charter commitment.

BC is now recognized internationally as a leader in climate action and their reductions in GHG emissions have not effected economic development. Despite extensive debate that putting a price on carbon would cause economic difficulties, fuel consumption in BC declined by 17.4 per cent between 2008 and 2012, while the rest of Canada’s increased 1.5 per cent during the same period. At the same time, BC’s economic growth per capita is consistent with Canada’s average. In this way, reducing source emissions has increased environmental benefits without harming the economy.

Climate innovation in the province has been driven by several strategies acting synergistically to accelerate the uptake of climate action innovations that have particular relevance at the federal level. Based on our research and the scientific report produced, the Action Agenda for BC Decision Makers: Climate Change Adaptation and Mitigation, the following lessons may be particularly relevant for provincial and federal government leaders:

Policy instruments. Implement a National Climate Action Charter in 2015 that commits all public-sector organizations, including crown corporations, to carbon neutrality, with mandatory targets and timelines.

An expanded charter. Expand the National Charter in 2016 to include the industrial sector.

Financing options. Incentivize the acceleration of climate action innovations nationally, building on the BC experience through the CARIP program.

Policy harmonization. Align national and provincial policies with local strategies and encourage policy congruence among all levels of government, ultimately evolving to a multi-level governance system.4

Ann Dale is a professor in the School of Environment and Sustainability, Royal Roads University. She held her university’s first Canada Research Chair (2004-2014) and is a Trudeau Fellow Alumna (2004).