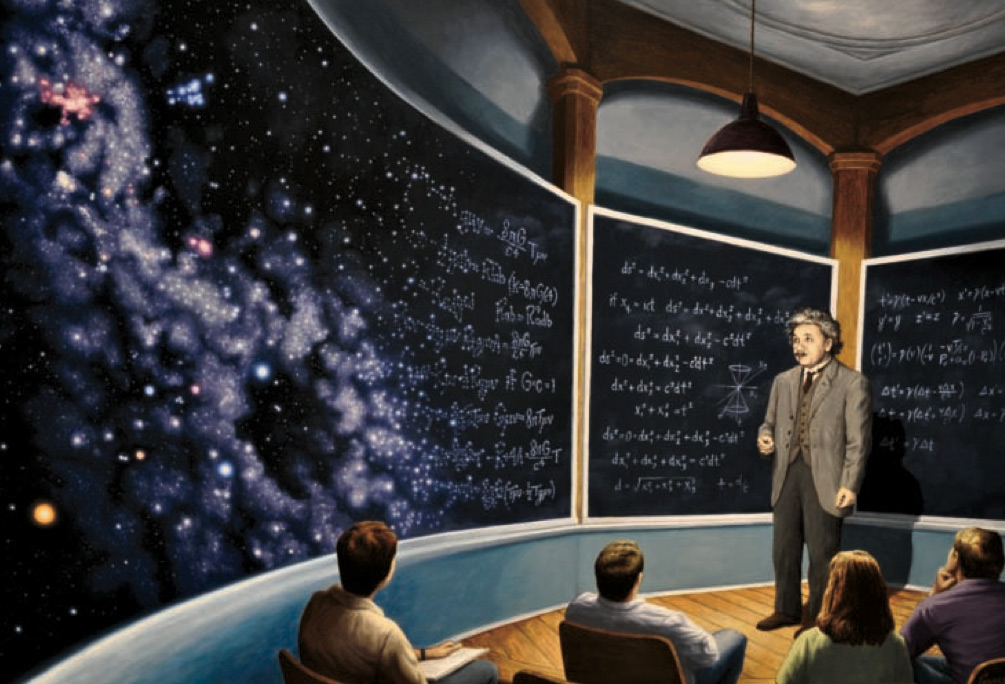 THE LAST 40 YEARS have shown that science is essential to how we know, exploit and argue about nature. Scientists have identified environmental challenges – from contaminants to climate change – and described their consequences for people and the planet. Demonstrating how far scientific discovery has taken us, consider the fact that many of today’s most urgent concerns, and how we discuss them, would have been unintelligible four decades ago. Along the way, scientists have described nature itself – helping us understand what we value and seek to protect. But science has also been the focus of controversy: uncertain assessments of cod, salmon and other resources, or of the impacts of the tar sands and other industries; the unpredictable consequences of GM crops, nanotechnology and other novelties created by science; the twisting of knowledge about climate change and other hazards. In these and other instances, science has been implicated in, and has even encouraged, political conflict or paralysis.

To make sense of this history, I’ve identified and ranked 10 essential developments in scientific knowledge (in ascending order of importance). The Canadian and global environments look very different now than they did in 1971, and these are some of the reasons why.

10. The science of parks

Forty years ago, parks were mainly about scenery or swimming. Their purpose was to either protect awesome wilderness – as in Banff and Jasper – or provide space for recreation. Since then, the science of biodiversity conservation has reshaped ideas and ideals about parks. No longer simply wild nature or sandy beaches, parks now safeguard genetic diversity and ecosystem integrity. How we choose parks has also been transformed: no longer according to local chance and opportunities, but by using ecological surveys and geographic information systems. This has had several consequences. Canada’s park system is now far more extensive, with new parks justified by science-based arguments regarding the need to “complete” the system by having at least one protected area in each of the country’s ecoregions. By identifying endangered species and habitats, conservation biologists have added a sense of urgency to this task, and organizations such as the World Wildlife Fund, and the Canadian Parks and Wilderness Society have seized the initiative in new-park planning, especially by deploying their expertise in ecology and mapping.

Until fairly recently, Aboriginal people were routinely excluded from resource decisions. This began to change with land claims, Aboriginal political activism and, in the 1970s, Justice Thomas Berger’s Mackenzie Valley Pipeline Inquiry. It highlighted Native peoples’ deep connection to the land. Since then, knowledge has become essential to their claims to have authority over wildlife and resource management, especially in Northern Canada. Now, environmental science in the North draws routinely, though not always effectively, on Indigenous knowledge. Recognized as more than simple anecdotes or folklore, Indigenous input has compelled scientists, governments and resource users to recognize that expertise comes from living on the land as well as from the lab.

Just over 40 years ago, the Canadian government made legal history by banning DDT. This move also marked a step in reshaping how we think about poisons, people and the environment. Rachel Carson disrupted our basic ideas about toxic substances when she asserted, in Silent Spring, that pesticides must be understood ecologically. Most important, she explained that the dose doesn’t always make the poison. Even tiny quantities can have large consequences if they become concentrated in food chains or affect sensitive physiological or genetic mechanisms. This insight prepared the ground for study and action on entire classes of novel contaminants, from organic compounds to endocrine disruptors to nanoparticles. Much of the agenda of environmental affairs today, including detection of and debates about substances in the parts-per-billion range, and the linking of environmental and human health, reflects a continuing effort to grasp this complex and subtle view of toxins.

Back in 1971, things were looking up in Newfoundland’s outports. The modern era had arrived. From then on, scientists would provide accurate assessment and sustained yield for the cod fishery, ensuring long-term prosperity. We know how that turned out. The story of resource mismanagement has been repeated around the world: Confidence in science-based resource management is followed by the discovery that nature is extraordinarily complicated, and our understanding far less adequate than we imagined. Resource scientists are incorporating ecosystem science, applying adaptive management and considering the concept of resilience to improve management. They are compelled by the realization that uncertainty is inescapable, and that what we really need to manage is ourselves.

Since the 1970s, chlorofluorocarbons (CFCs) have ricocheted from benign industrial product to eminent threat to environmental success story. The 1974 discovery that they could catalyze destruction of stratospheric ozone inspired early but inadequate controls. Then, in 1985, came recognition that there was a “hole” in the ozone layer above the Antarctic. This overturned assumptions about how the atmosphere worked, and encouraged quick and mostly effective agreement on eliminating CFCs. Ever since, the episode has been used to demonstrate that scientific advice can drive a global response. It’s an inspiring lesson, but also a misleading one, because it has encouraged the view that negotiations, not action, are the key to success.

In the 1970s, prophets such as Amory Lovins argued that new technology could deliver unprecedented energy efficiency, rendering obsolete the claim that environmentalism meant going without. After a few false starts, green technology has gone mainstream, creating new industries that have delivered solar cells, hybrid cars and wind turbines, while reshaping how we think about economics and the environment. Beloved in political and corporate circles because it denies the need to compromise between growth and conservation, green technology has also aroused suspicion, thanks to greenwashing (Hybrid SUVs, anyone?), and controversies about cost and local impacts. Nevertheless, green technologies have demonstrated the capacity of science to transform environmental and economic debates.

4. Say hello to the Anthropocene

Once upon a time, we could imagine a frontier beyond which lay a wilderness that humans had not yet trampled. By 1970, however, scientists had demonstrated our global reach, finding radioactive fallout and pesticides on mountain peaks, remote islands and both poles. No longer could we imagine pristine, inviolate nature. Since then, research on the long-range transport of our discards – acid rain, persistent contaminants, mid-ocean plastic bags and Pepsi bottles – along with views of the Earth from space, have forced a reconsideration of our relationship with the planet. Scientists suggest we have entered a new geological era – the Anthropocene – in which the Earth is dominated by humans. In response, some have concluded that there is no longer a nature to protect; others have seen it as a call to acknowledge that humans are a global force, with responsibilities to match.

When Environment Canada was created 40 years ago, it bulked up on scientific talent, partly to provide a counterweight to industry’s expertise. Its scientific capacity has been on a downward slide ever since – most recently with the August 2011 announcement that it would lay off even more scientists. These days, industry provides most of the information required for assessing developments and regulating new products – a situation that veers close to self-regulation. Industry and its consultants also more readily bend and spin scientific information, often obstructing protection of the public interest. Furthermore, business occupies a larger role in universities, so that fields such as agricultural innovation tend to focus on profit rather than the public good. All this exemplifies how, over the last 40 years, much of the scientific initiative has shifted from the public to private sector, reshaping how we assess risks to health and the environment.

The research landscape has shifted, taking with it how we understand and argue about the environment. As I’ve just noted, a larger role for the private sector has been part of this. But it has not been alone in seizing the initiative. National environmental organizations and community groups alike have discovered that science, not letter-writing or protest marches, can be the surest path to influence. Many now critique scientific information provided by government and industry, collect their own, or conduct and commission research, taking the initiative in redefining research fields and related areas of environmental concern. Community-based monitoring and mapping of industrial wastes and community health have become key instruments by which to assert environmental justice. Having once served to exclude, science has become an instrument with which to break open the machinery of environmental affairs.

Since 1971, global climate change has evolved from scientific curiosity to consensus. This has been the product not of any single discovery, but of a concatenation of observations, including a changing atmosphere; shifting species; hurricanes; climate-model predictions; heat waves and other weird weather; acidifying oceans; and melting glaciers, permafrost and polar ice. These realities challenged scientists to make sense of diverse forms of evidence. As they did so, they created a new science. Climate science has also reframed many other issues, from biodiversity conservation to renewable energy to food policy to the urban environment. Climate change will likely be the defining issue of the 21st century. Yet the past few decades have also exhibited our greatest failure in linking science and policy. It traces an arc from urgency in the 1980s to the expensive distraction of negotiations in the 1990s to our current apathy and paralysis.

Making sense of 40 years of science

What does this list tell us? One obvious conclusion is that scientific discoveries have been crucial in shaping the environmental agenda. Some of these discoveries have been sudden, as with the ozone hole, but more often they have been the product of a slow accumulation of observations, as with climate change, loss of endangered species and resources, and the spread of toxic contaminants. To make sense of these observations, it has been necessary to transcend traditional disciplines, such as biology and chemistry. Interdisciplinary environmental science, which blends diverse scientific expertise, is now more essential than ever. Science has also discovered the future. Increasingly, its task is no longer simple description, but prediction. Another trend has been a greater interest in both the very small, including the consequences of manipulating genes, molecules and atoms, and in factors that affect the entire planet.

Beyond these changes in how and what scientists study are the evolving social dynamics of science. Who owns, controls and pays for research has mattered as much as the science itself. Reflecting their diminished staff, governments have become less central in environmental affairs, and the private sector and civil society are now bigger players. These dynamics are reflected in how we designate parks, assess Indigenous and community knowledge, and decide about toxics, resources, new technology and climate. Throughout, scientific knowledge has had political consequences since, by acting as a tool of power and persuasion, it has forced us to revise our basic ideas about resources, parks, wilderness, health and nature itself. In describing the world, science has transformed it.

Post-normal science focuses on aspects of problem solving that tend to be neglected in traditional accounts of scientific practice. Read more at eoearth.org/article/Post-Normal_Science.

Stephen Bocking, a regular contributor to Alternatives, is professor at and chair of the Environmental and Resource Science/Studies Program at Trent University and author of A\J’s EcoLogic blog.