4 weeks ago
My Valentine to Nature
4 weeks ago
The Future of Conscious Consumerism
1 month ago
The WTF: The Week This Friday Vol. 34
1 month ago
Opening Paragraphs

Imagine you’re sitting reading a good book or watching your favourite tv shows for hours. You’ve potentially breathed in 11 pieces of microplastics per hour. Despite indoor air having a higher concentration of microplastics, it is also present in outdoor air. All this time, microplastics have been right under (and right up) our noses and we didn’t even know it.

Microplastics have been found in the ocean, in the soil and in our food and drinks but they are also found in the air. They are formed from plastics being broken down into smaller pieces and according to the National Oceanic and Atmospheric Association, they are about the size of a grain of rice (approximately 5mm). Indoor microplastics exist in the form of fibres. This originates from items such as clothing fabrics, furniture textiles, toys and microbeads in cosmetics. 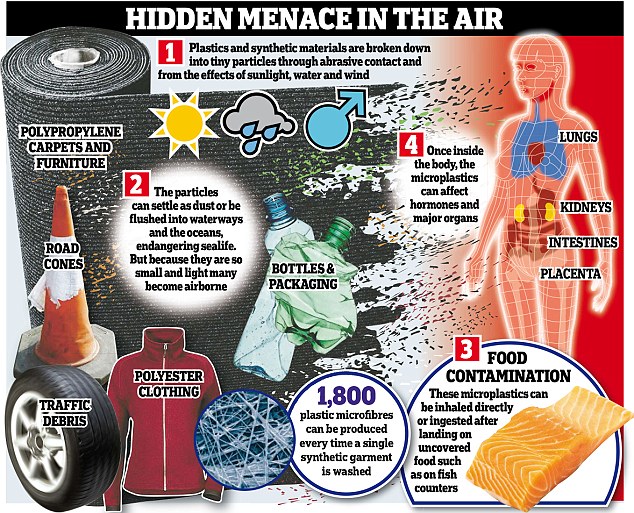 Source of microplastics in the air

A study published in the Scientific Reports journal showed that the main identifiable sources of microplastics indoors are from synthetic and non-synthetic items with the predominant sources being from polyester (81%) and cellulose (4%- e.g. cotton), for each source, respectively. The study used a Breathing Thermal Mannequin which simulated human breathing in real-home case studies and it’s the first evidence of indoor air microplastic exposure to humans. It also showed that we could possibly be breathing in 11 microplastic pieces per hour, as this was the highest exposure concentration in the study. The study also stated that at this rate, for over a 24 hour period, an average male (as the mannequin used mimicked male breathing rate and surface temperature) doing light activity can inhale over 272 microplastics.

“We created something that won’t go away…It’s now circulating around the globe.” Janice Brahney, Biogeochemist at Utah State University and Lead Author of Study

Microplastics also exist outdoors. A study by Janice Brahney, Biogeochemist at Utah State University, showed that national parks in the United States have been getting about 1000 tonnes or more per year of microplastic dust. The dust travels from different geographic locations as it is carried by storms (via raindrops) and the source of microplastics can range from clothing, carpets, other textiles and even spray paint. 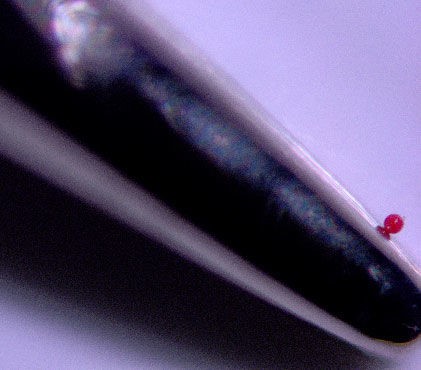 Brahney found that 30% of the particles she found were microbeads (microplastic beads). Chelsea Rochman, ecologist and microplastic researcher at the University of Toronto remarked that this was an astonishing find as this microplastic source wasn’t discussed before. Of the remaining 70% of particles in Brahney’s study that were difficult to classify, 4% were plastic. Brahney’s research team confirmed that each day 132 pieces of microplastics in the air settle on every square meter of the wilderness. With 1000 tonnes of microplastic dust yearly, that equates to 300 million plastic water bottles, as reported in Science. Brahney’s research suggested that the larger the storm, the more microplastics and heavier pieces of it were carried. However, 75% of the microplastics were deposited in dry weather rather than with regional rainstorms as high-altitude winds help move the microplastics from distant locations. It’s the small things we take for granted in our actions and purchases that have a big impact on the environment thousands of kilometres away- even if we can’t see it. Microplastics have been circulating in the air for decades and have become part of the global “plastic cycle”, Brahney said.

We know that microplastics are found in seafood and vegetables but a study shows that from eating microplastics in mussels, we can get around 123 pieces of microplastics per year/capita (in the UK) and that value can go up to 4620 particles/ year/ capita in higher shellfish consumption countries. The study compared this mussel-related value to their suggested 13,731- 68,415 particles/year/ capita from household dust (airborne fibres) that could be inhaled indoors. This shows that our indoor environment plays a larger role in our consumption of microplastics via the air than via food. 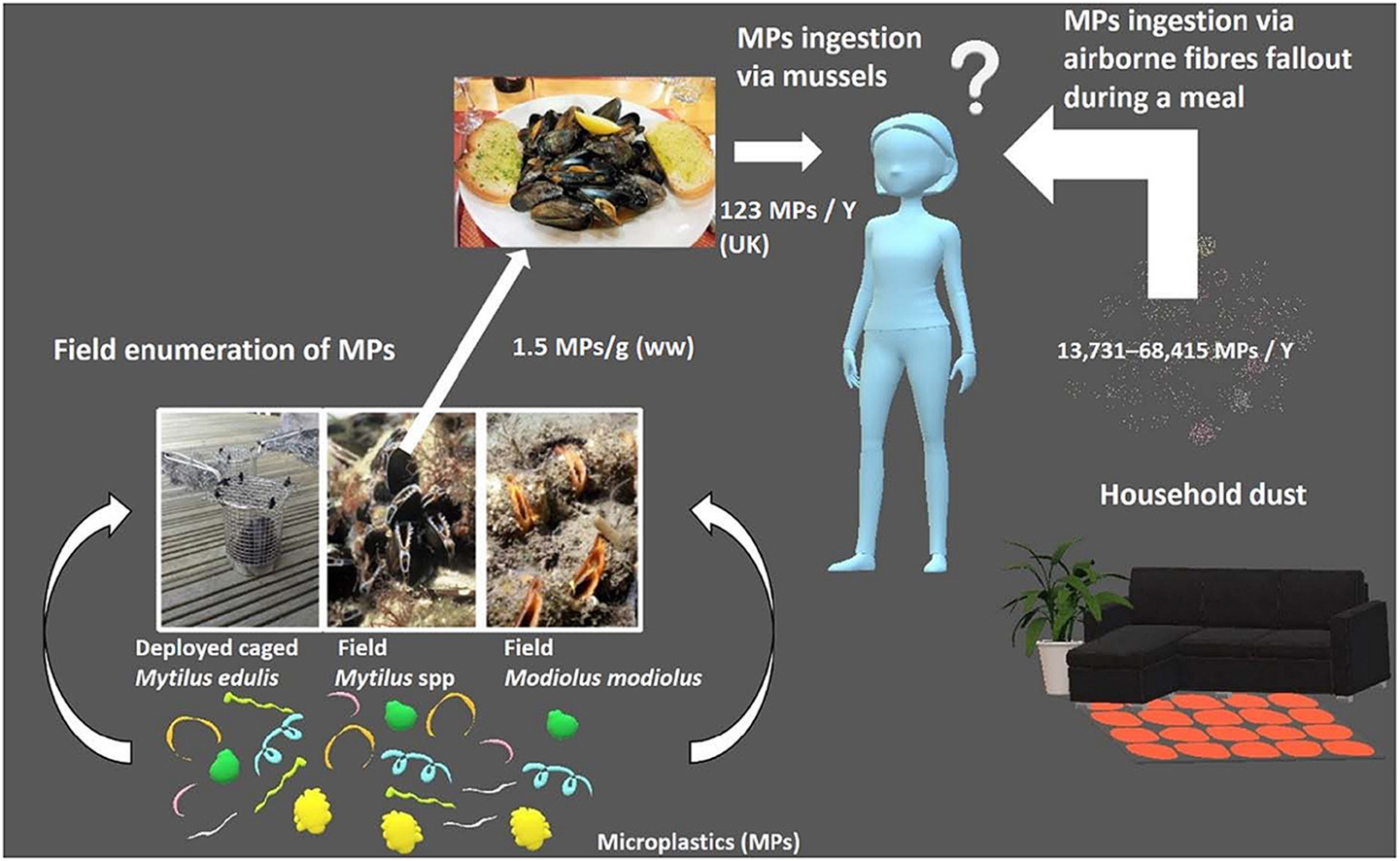 While more research needs to be done on the impacts of microplastics from food, breathing in microplastics from indoor and outdoor air can have negative impacts on human health. According to Dr. Kevin Luo, Senior Air Filtration Specialist for Blueair (a global indoor air purification brand), said that breathing microplastics in can potentially cause the formation of lesions in the respiratory system. A study on 114 human lung cancer patients who were undergoing lung resection (where a section of/ entire lung removed) for the abstraction of a tumour showed that 99 (87%) patients had microplastics in their lungs from cellulosic (e.g. cotton) and plastic (polyester) fibres.

Another negative impact is that the size of microplastics makes them easy carriers of pollutants (e.g. from viruses, bacteria and car exhaust) and can introduce them into the bloodstream through our lungs. Luo also said that these microplastics can induce cancer or result in cerebrovascular and cardiovascular diseases and impact the nervous and immune systems. Luo noted that children are at a higher risk as they breathe more rapidly compared to adults and often play on the floor where dust containing microplastics settle.

Now that we have this information, what can we do to reduce the number of indoor microplastics in the air? Blueair suggests the following:

It appears that microplastics are all around us: in the ocean, land and air and they’re getting into our bodies. To reduce the amount of microplastics in our global environment we can dispose of plastics properly by recycling and reducing our plastic purchases by considering the 10R’s to discontinue the plastic cycle in our lives.