Just when people are applauding the comeback of our cities and urban areas, a new set of challenges has set in. People are flocking to large cities like New York, San Francisco, London, Toronto and Vancouver for the jobs, economic opportunities, density and vibrant lifestyles they offer. Yet, the influx has contributed to a mounting crisis of housing affordability, alongside rising inequality and the increasing geographic division of the rich and poor.

Just when people are applauding the comeback of our cities and urban areas, a new set of challenges has set in. People are flocking to large cities like New York, San Francisco, London, Toronto and Vancouver for the jobs, economic opportunities, density and vibrant lifestyles they offer. Yet, the influx has contributed to a mounting crisis of housing affordability, alongside rising inequality and the increasing geographic division of the rich and poor.

In New York, this combination of increasing inequality and out-of-sight housing prices led to the election of progressive Mayor Bill DeBlasio. In San Francisco, rising housing prices have led to growing conflicts between locals and techies, including attacks on the buses that shuttle tech workers from their pricey homes in the city to their jobs in Silicon Valley.

Fortunately, Canada’s largest cities have yet to see these issues boil over into outright conflict, though they appear to be facing even higher housing prices than their American counterparts. In 2014, Vancouver had the highest housing prices of any North American city, topping San Francisco and San Diego. Toronto ranked fourth ahead of Los Angeles, Boston and Washington, DC. Calgary, Montreal, Ottawa and Edmonton all ranked among the 20 priciest North American cities alongside Seattle, Miami and Chicago.

As disturbing as the numbers are, average housing prices do not tell the whole story. Just as inequality widens the gap between the rich and poor, the great burden of housing affordability falls hardest on the members of the working class and the even larger class of service workers who together make up two-thirds of the workforce.

Just as inequality widens the gap between the rich and poor, the great burden of housing affordability falls hardeston the members of the working class and the even larger class of service workers who togethermake up two-thirds of the workforce.”

That’s the key finding coming from research I’ve been conducting on urban housing markets with my colleagues Charlotta Mellander, Karen King, and our Martin Prosperity Institute team. The analysis, which we have conducted for more than 350 metros in the United States and 47 metros in Canada, looks at the relationship between housing costs and income for these three classes of workers. On the one side are workers in the knowledge economy in fields like science and technology who are generally highly skilled and paid. Business, law, healthcare and the creative class fall into that group as well, though income varies significantly for the latter group. These workers comprise roughly a third of the workforce, climbing to as much as 40 percent in some metros. On the other side are the declining number of people in the working class, who make up roughly 20 percent of the workforce, and the rapidly rising ranks of the even lower paid service class.

Our research uses statistical correlation analysis to examine the relationship between wages and housing costs. Our results are preliminary, and it’s worth remembering that correlation is not causation and it points only to an association between two variables. The broad story that emerges is that rising urban housing prices are creating a small set of winners and a much larger set of losers. This came through loud and clear in our initial research on the United States and its more than 350 metro areas.

Urban economists sometimes argue that everyone benefits from the higher wages offered in big cities. This is true up to a point. Yes, wages on average are higher in these places for everyone, including the working and service classes. The problem is, these higher averages are largely a product of the significantly higher wages paid to some workers in the creative class. Members of the two less advantaged classes do not make nearly enough to keep up – their increased wages are far from sufficient to offset housing costs. Rather than benefitting from the higher wages offered in these cities, the two-thirds of all workers who are members of the service and working classes are in fact worse off.

Similar findings came through in our analysis of 47 Canadian cities and metro areas. Again, we found a close connection between wages and housing costs. And just like in the United States, the correlation between housing costs and wages is consistent across all three of the major classes. As urban economics suggests, the greater productivity brought on by clustering in these places raises wages across the board and higher wages enable people to pay more for housing. 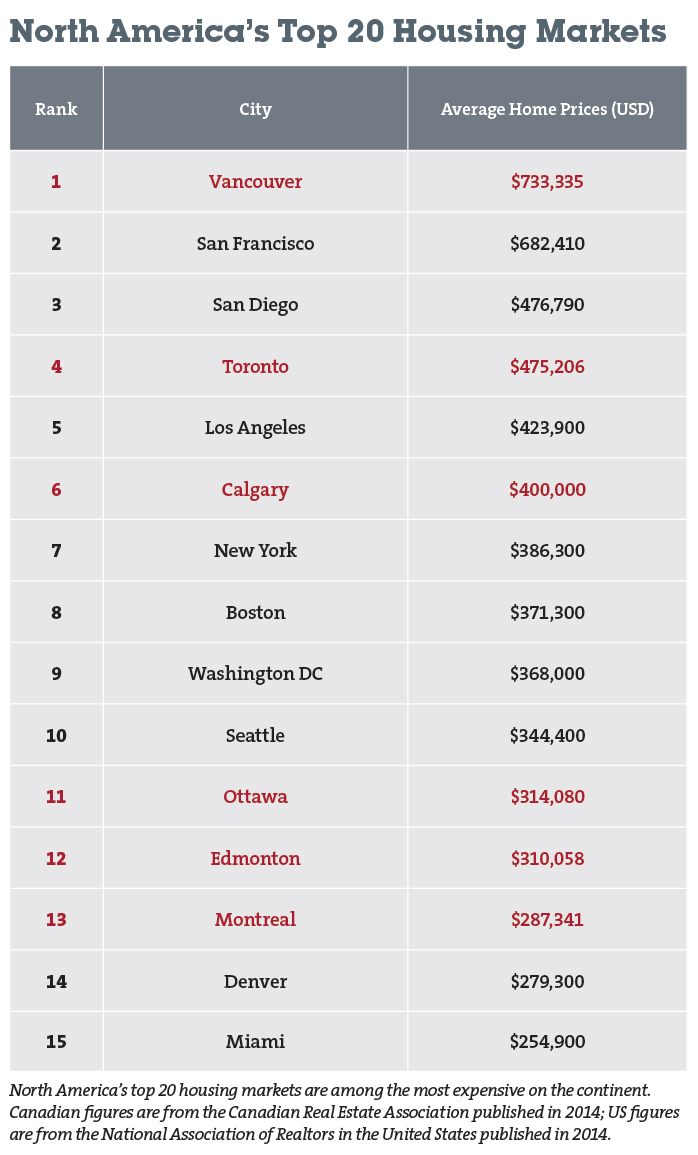 But, and this is a big but, this rosy connection breaks down once we look at the economic situations of the members of the three major classes once they’ve paid for housing. The creative class continues to make out alright – the correlation between housing costs and the amount of money they have left over after paying for housing remains positive. But the supposed benefits of higher wages evaporate for the service and working classes once we take the higher costs of housing into account. The amount of income left over for the service and working classes after paying for housing is essentially the same as they would have in any city across Canada. So any and all of their wage gains from living in a larger, more productive metro are eaten up by higher housing costs.

This is not as bad as the United States, where those correlations are negative and significant – the working and service classes are actually worse off in larger, more productive cities than they would be in other places. Still, the high cost of housing in Canada’s priciest metros takes a bigger chunk of the earnings of its least advantaged people. While Canada’s creative class does better, the other two classes see any wage gains eaten up by the higher cost of housing.

Ultimately, the clustering of talented and ambitious people in big cities is a double-edged sword. On the one hand, it is the source of the innovation and productivity gains that powers economic growth. But on the other, rising housing prices mean its rewards disproportionally flow to advantaged knowledge workers and the creative class, with the remaining 66 percent falling further behind.

Canada and its cities would be wise to take action to mitigate the increasing tensions pitting rising housing costs and worsening affordability – not to mention increased inequality – against the very clustering force that powers economic growth. To do so requires addressing this issue on three fronts.

The first is a major commitment among all levels of government to building more affordable housing in the urban cores of its major cities. This means a major reset in thinking, away from suburban sprawl, toward zoning and building codes and a more general growth strategy that encourages the development of denser, more clustered urban housing for all classes and income groups.

The second is an upgrade to service class jobs through an increase to the local minimum wage, putting it in line with the local cost of living, while making a major effort to improve the productivity and pay of service class jobs, the fastest growing jobs sector.

The third is investment in transit instead of roads in order to create new corridors for clustered development.

In essence, solving Canada’s urban housing crisis requires more, not less, urbanism but a new kind of urbanism from which all classes, all workers and all people can afford and benefit. 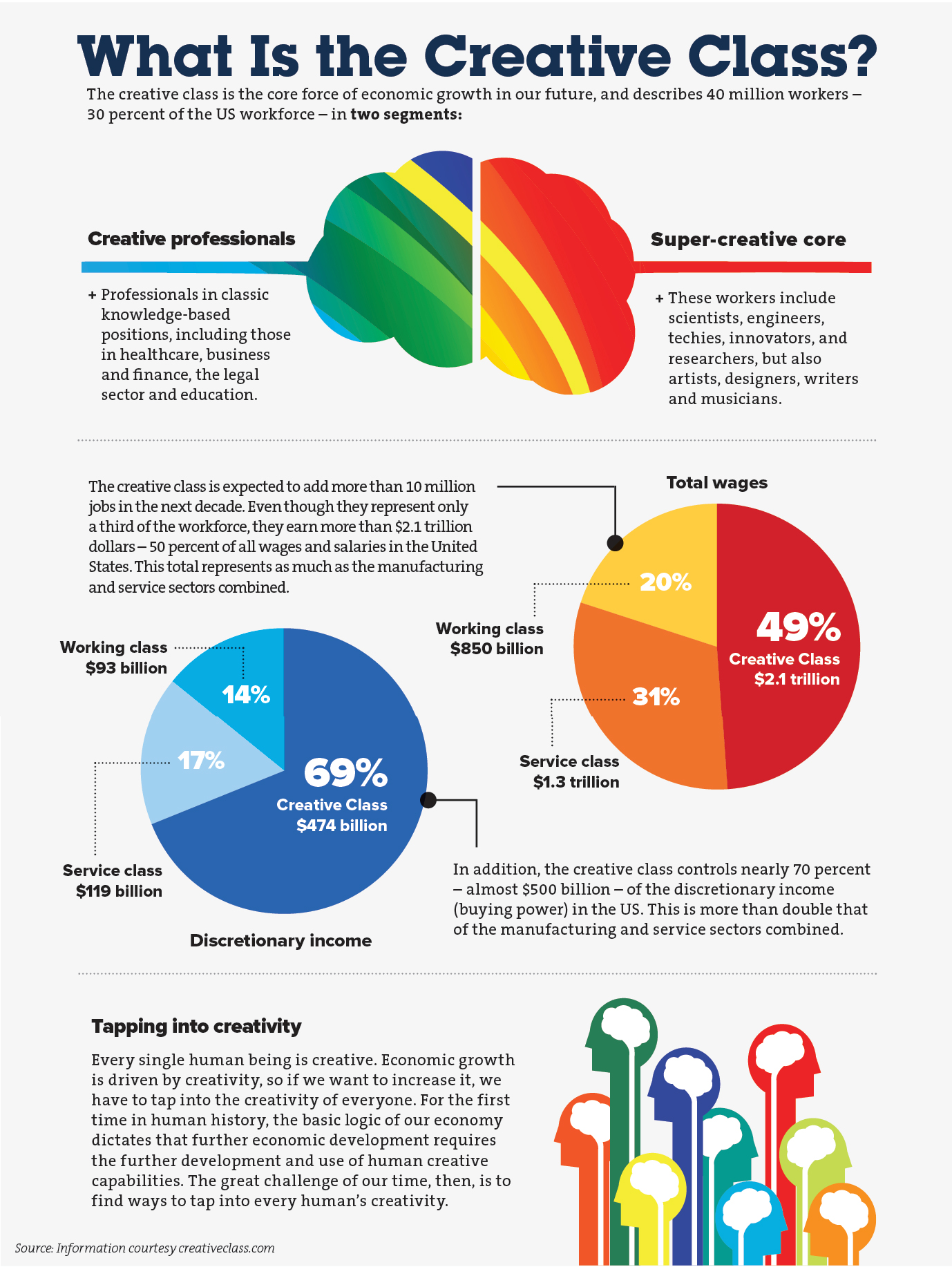 Richard Florida is Director of the Cities Initiative at University of Toronto’s Martin Prosperity Institute and senior editor at The Atlantic where he co-founded CityLab. @Richard_Florida