A small price to pay? 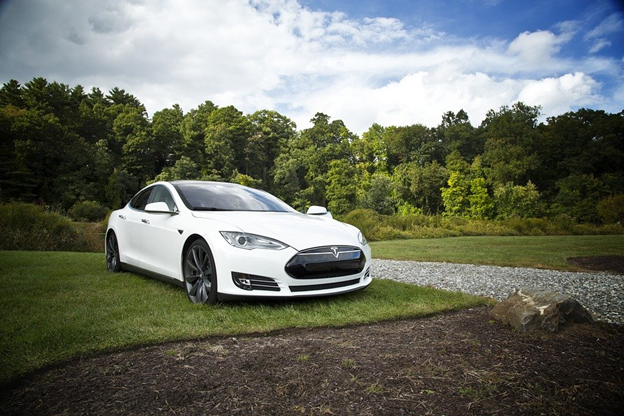 Lithium, a silver-white alkali metal, is a key component in electric vehicles (EV) rechargeable batteries. And while EV’s have been named “the eco-alternatives to cars” some are claiming that the quest to find and extract lithium ultimately causes just as much environmental damage as their gas-guzzling opponent.

This week, the Guardian (Oliver Balch) posted an article in which they explored white oil: “the dirty secret of electric vehicles”.

With carbon emissions needing to drop by more than a third by 2030 to reach our Paris climate agreements, EV’s with lithium batteries seemed like a promising solution. According to the article, Lithium, which is usually found within rock and clay deposits, has become the popular option for EV batteries because of its high density and ability to store a great amount of energy for its weight. In addition to powering EV’s, lithium batteries can be used to store grid-scale energy, and even power smartphones and laptops!

More than half of lithium deposits are currently found in Australia. Portugal is also a major competitor in lithium production, as the Portuguese government is preparing to offer licenses for lithium mining and exploitation. If this became reality, this would allow Europe to source lithium close to home and improve the security of their supply.

While this all sounds like good news, it’s not really. According to Thea Riofrancos, a political economist,  “Everyone having an electric vehicle means an enormous amount of mining, refining and all the polluting activities that come with it.” The article delves further to identify more impacts from an increase in lithium mining including “potential industrial-scale habitat destruction, chemical contamination and noise pollution, as well as high levels of water consumption.”

If the mining licences are granted in Portugal, a small group of protesters are ready to fight in court. Supporters on the other hand, have argued that the mining is a small price to pay in tackling long term emissions. 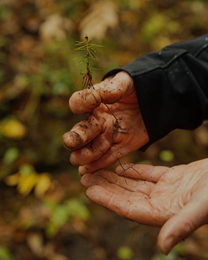 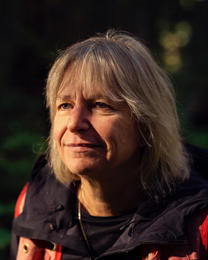 This week, the New York Times shared that forests are social and communicate with one another through dense fungi networks in the soil below the canopy.

More specifically, “trees and fungi form partnerships known as mycorrhizas: Threadlike fungi envelop and fuse with tree roots, helping them extract water and nutrients like phosphorus and nitrogen in exchange for some of the carbon-rich sugars the trees make through photosynthesis.”

Suzanne Simard, a professor of forest ecology at the University of British Columbia, has been studying these relationships in the wild, coastal forests of North America. Through her research, Sinard discovered that these fungal threads link EVERY tree together in the forest- even ones of different species!

These linkages allow vital molecules including carbon, water, and other nutrients to pass through the network circuits. Wait, it gets better. Simard also stated that chemical signals are also passed through this network, allowing trees to signal to others nearby when there is danger.

“If a tree is on the brink of death, it sometimes bequeaths a substantial share of its carbon to its neighbors.”

Is anyone cutting onions in here?

I have to say, ever since I was a child, I have had a strong belief that everything in the natural world had feelings – even plants (call me kooky). I also felt horrible when a tree was cut down- I remember as a child yelling to my father as he cut down a Christmas tree, “stop, you’re hurting it!” This research just reaffirms my childhood suspicions. Thank you, Suzanne Simard! 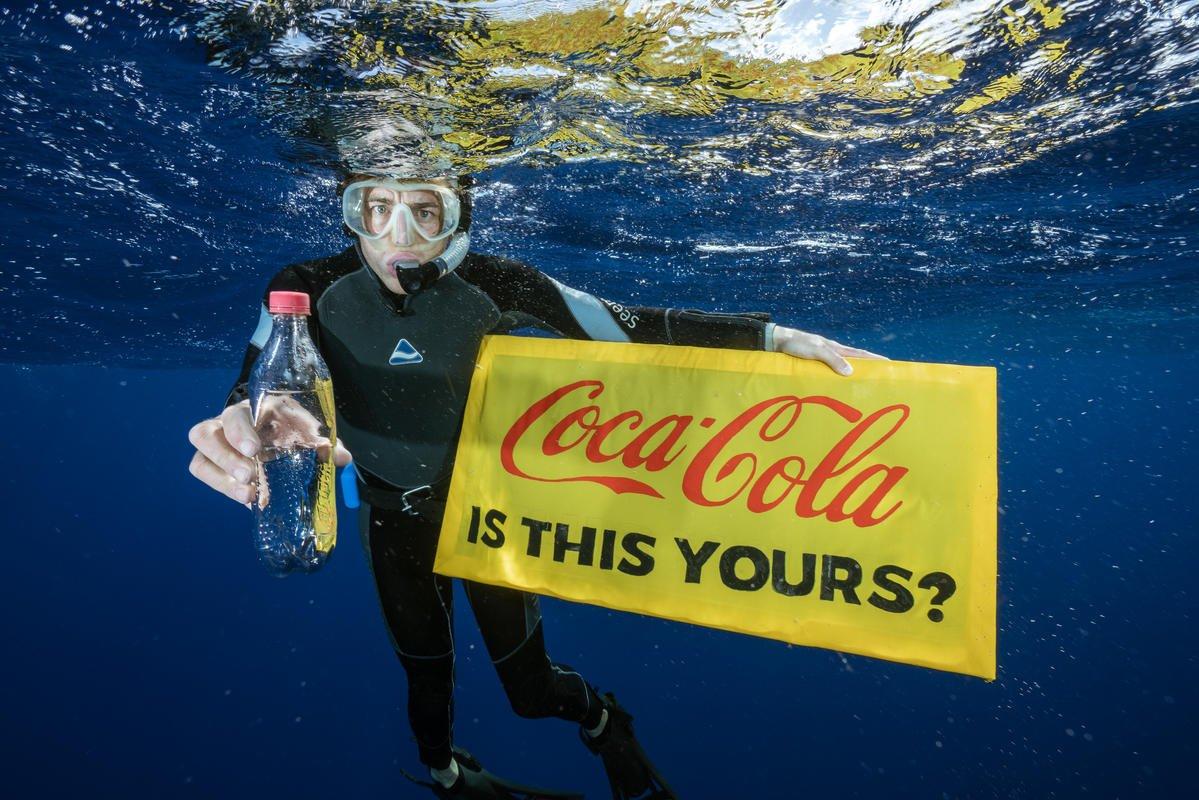 “Branded Vol III: Demanding Corporate Accountability for Plastic Pollution”, revealing that Coca Cola, Pepsico and Nestle are the most polluting companies in the world, for the third time in a row. BFFP is a global movement that was launched in 2016 and has been releasing reports since 2018, identifying the most polluting organizations around the world. They work with thousands of volunteers and non-governmental organizations on a global scale to count and document the brands on plastic waste found in different countries around the world. This year they found that the amount of plastic waste generated by Coca Cola was 13,834 pieces across 51 countries, more than the waste collected by Pepsico and Nestle combined. The annual survey is conducted by 15,000 volunteers in 55 different countries, where they collected 346,494 pieces of plastic from their surrounding environment. BFFP states that these multinational organizations are pumping out so much single-use plastic that plastic production could be “doubled by 2030 and tripled by 2050”. These staggering numbers will have an impact on human health, ecological systems, and of course, climate change.

– Coca Cola showed an increase in plastic waste as BFFP recorded 2,102 more items from the company, in 14 more countries, this year than last year’s survey.

– Coca-Cola, Nestle, and PepsiCo have remained our Top Three Global Polluters every year since our first global brand audit in 2018.

– PepsiCo contributed 5,155 pieces of plastics across 43 countries and 8,633 pieces of Nestlé plastics items were found in 37 countries.

– If plastic use were a country, it would be the 5th largest emitter of greenhouse gases in the world.

-Single-use personal protective equipment is on the rise. 419 surgical gloves and 770 single-use masks were recorded and while it may be unique to this year, it is “not unique to our disposable culture.”

– Top plastic polluters have made little progress in reducing total plastic use or switching to some form of reusable packaging.

If you’re familiar with the topic of waste pollution, you’re familiar with the Ellen Macarthur Foundation. 7 of the top 10 worst polluters – including Coca-Cola Company, Pepsico and Nestle, signed the Ellen MacArthur Foundation’s New Plastics Economy Global Commitment in October 2018, which requires them to “eliminate all unnecessary plastic” while reusing or recycling plastics in a circular system as well as create more sustainable substitutes for their packaging. However, the foundation reported that its signatories have only reduced use of virgin plastic by 0.1 percent from 2018 to 2019. Meanwhile, Coca-Cola increased the amount of plastic it uses. 2020 is looking like more of the same. The only way to stop this is to eliminate plastic production, phase out single-use and implement robust, standardized reuse systems.

Masks Are Adding to The Ocean Pollution Crisis 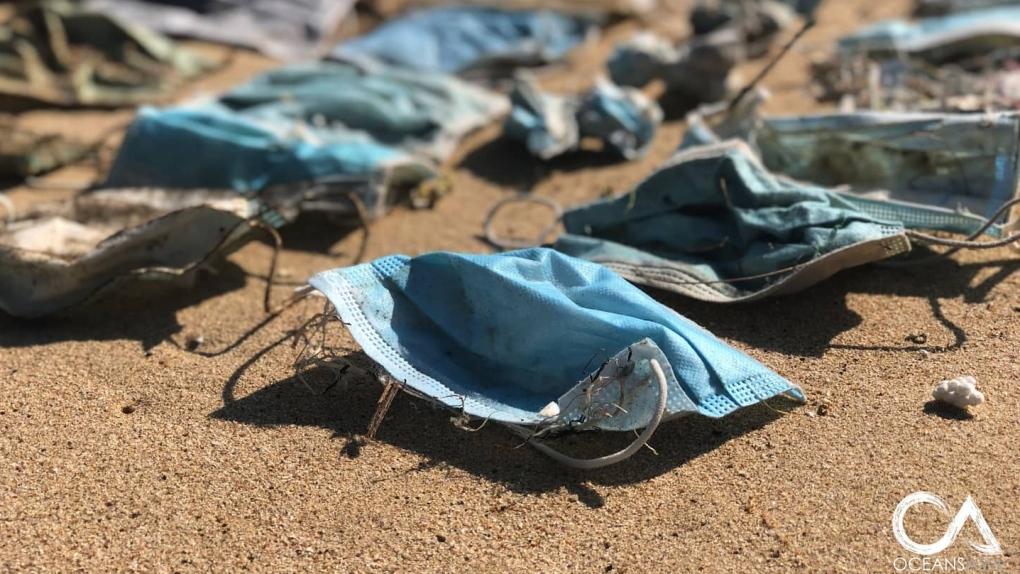 Hong Kong based marine conservation group, OceansAsia, reported that more than estimated 1.56 billion face masks used in 2020 will make their way into our planet’s oceans, joining literal tonnes of other plastic pollution. OceansAsia hypothesized that the face masks would add up to around 4,860 to 6,240 tons of extra plastic waste in the oceans. Dr. Teale Phelps Bondaroff, Director of Research for OceansAsia, and lead author of the report said in a press release that the masks are just the tip of the iceberg, “a small fraction of the estimated 8 to 12 million metric tonnes of plastic that enter our oceans each year.”

The research started when OceansAsia visited an isolated beach in the Soko Islands in late February 2020. As the beach had boat-access only, anything found on the shore would have been washed up from the ocean, not left there by people. They expected to see a couple masks washed up with other plastic pollution. What they weren’t expecting was to come across 70 masks strewn across a 100-meter stretch of the beach. The team continued to visit the beach and the mask numbers they found increased as the months went on. Our oceans were already filled full of plastic long before COVID-19 drove up the production and use of PPE, ever heard of the Great Pacific Garbage Patch? But that doesn’t mean we shouldn’t try to be mindful of our pollution output.

The reality is that face masks have become the norm in many parts of Canada, and the rest of the world. Where single-use masks are necessary, researchers urge consumers to discard their masks correctly, and check with local authorities for guidance on how to do so. Some companies are also working on producing masks made with sustainable or biodegradable materials, in order to cut down on pollution. Where single-use masks are not necessary, i.e. for the general public, buy a reusable mask for day-to-day. 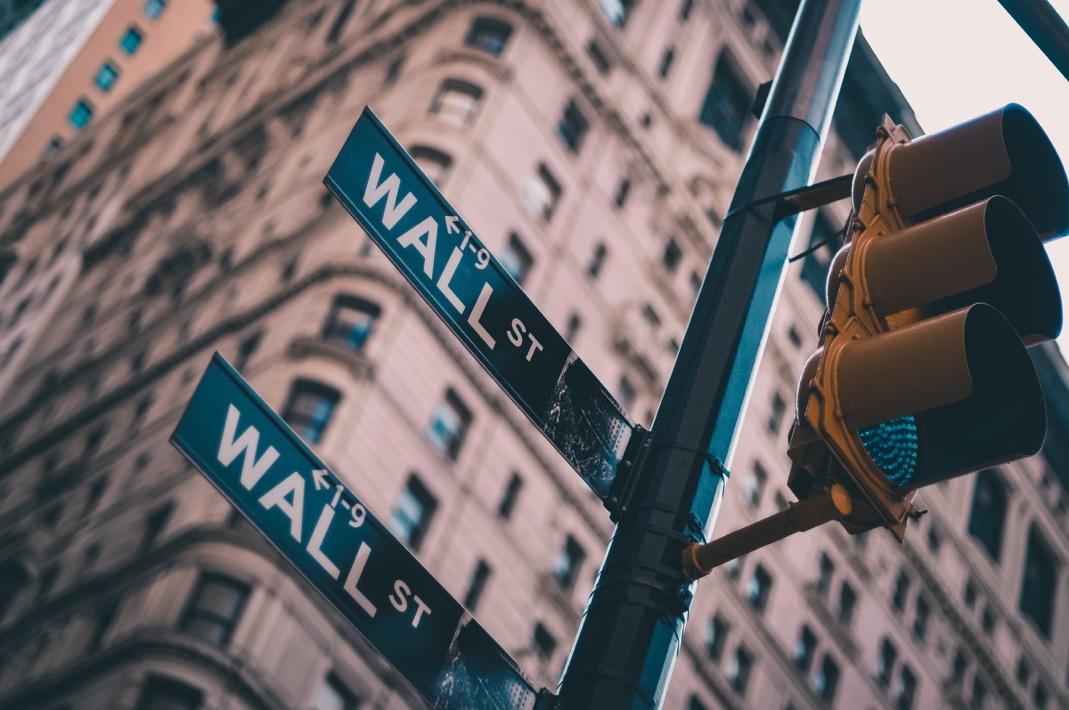 We should have seen this one coming, another natural resource commodified and brought onto Wall street – yes, it’s confirmed, water will be traded in the near future. CME Group – the company in charge of managing the contracts states that water will be traded on Wall Street due to its future due to the fear of rising scarcity. As with other traded commodities like oil and gold, the price will fluctuate due to supply and demand.

According to the Nasdaq Velez California Water Index, the price of water has doubled in the last year, and the market price of it is at 1.1 billion dollars. On December 7th the trading price started at $486.53 per acre-foot equating to 1,233 cubic meters.

Water contracts are a first of their kind, incubated by the heat and wildfires in California, this hopes to protect the resource for California’s consumers to indicate the scarcity and the value it holds. Over 2 billion people live amongst water scarcity in their countries, this foreshadows the grim future of millions of people getting displaced by this factor. Not only will water limit industries, but it will trickle down to limited supply for human consumption too.

More pandemics on route due to Climate Change? 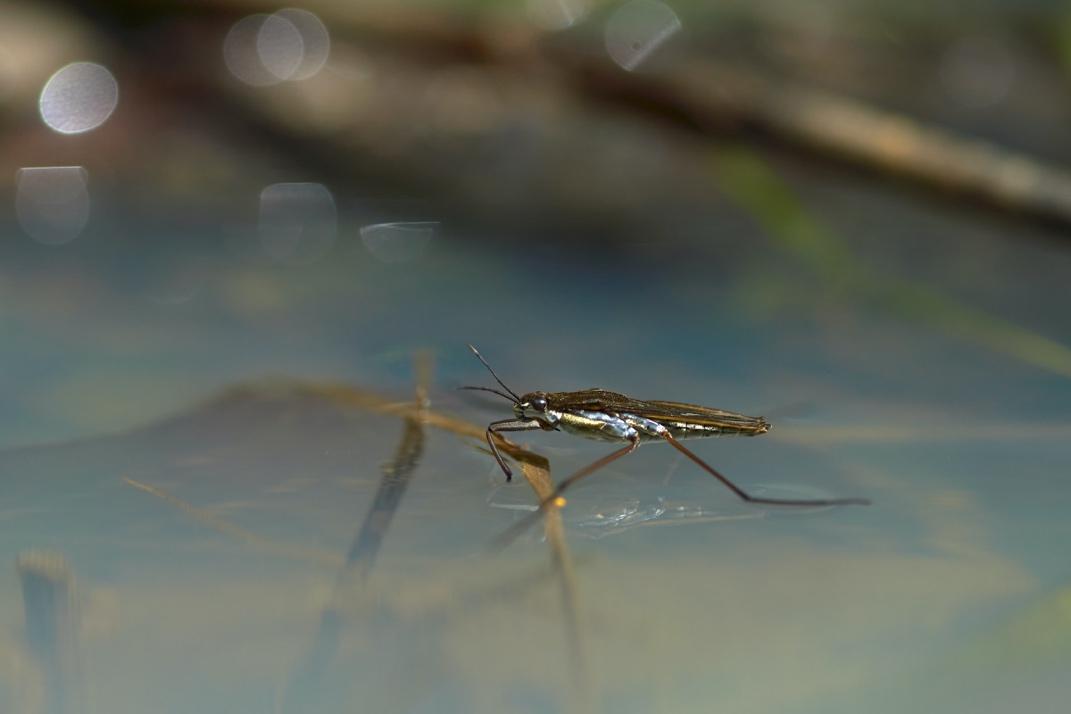 Mosquitos riddled with diseases? A new virus transmitted through insects? Although it is already a reality, this is just the beginning. While it may sound like a scene out of a dystopian movie, COVID-19 once seemed like it was not a possible scenario for us to live in either.

Climate change is the prime agent for accelerating possibilities of future pandemics and outbreaks to happen. While one tiny microbe caused irreparable damage to the economy and left many families with one less family member, “It could have been much worse” states Scott Weaver – the director of the Galveston National Laboratory in Texas.

With the world changing so rapidly, the algorithm of this planet is being rewritten. More contractible diseases between animals and humans are on the rise and thawing permafrost is releasing mystery pathogens which have never been daylight for over tens of thousands of years. Many diseases and insects thrive in record breaking warmer, moister, and longer seasons of such conditions. With the worst that may be ahead of us with the emergence of new pathogens which have evolved and mutated into stronger, more resilient and lethal to humans. We are on the path of a new pandemic around the corner with the conditions that have been created as a result of climate change. We must remember that we too are endangered.

Teo Guzu
LnRiLWltYWdle3Bvc2l0aW9uOnJlbGF0aXZlO3RyYW5zaXRpb246dHJhbnNmb3JtIDAuMjVzIGVhc2V9LndwLWJsb2NrLWltYWdlIC50Yi1pbWFnZS5hbGlnbmNlbnRlcnttYXJnaW4tbGVmdDphdXRvO21hcmdpbi1yaWdodDphdXRvfS50Yi1pbWFnZSBpbWd7bWF4LXdpZHRoOjEwMCU7aGVpZ2h0OmF1dG87d2lkdGg6YXV0bzt0cmFuc2l0aW9uOnRyYW5zZm9ybSAwLjI1cyBlYXNlfS50Yi1pbWFnZSAudGItaW1hZ2UtY2FwdGlvbi1maXQtdG8taW1hZ2V7ZGlzcGxheTp0YWJsZX0udGItaW1hZ2UgLnRiLWltYWdlLWNhcHRpb24tZml0LXRvLWltYWdlIC50Yi1pbWFnZS1jYXB0aW9ue2Rpc3BsYXk6dGFibGUtY2FwdGlvbjtjYXB0aW9uLXNpZGU6Ym90dG9tfSAud3AtYmxvY2staW1hZ2UudGItaW1hZ2VbZGF0YS10b29sc2V0LWJsb2Nrcy1pbWFnZT0iYWNkZDg4NzU0NTc2MzlhOWUxOWY1ZWNhYWViYzcyZDQiXSB7IG1heC13aWR0aDogMTAwJTsgfSAudGItZ3JpZCwudGItZ3JpZD4uYmxvY2stZWRpdG9yLWlubmVyLWJsb2Nrcz4uYmxvY2stZWRpdG9yLWJsb2NrLWxpc3RfX2xheW91dHtkaXNwbGF5OmdyaWQ7Z3JpZC1yb3ctZ2FwOjI1cHg7Z3JpZC1jb2x1bW4tZ2FwOjI1cHh9LnRiLWdyaWQtaXRlbXtiYWNrZ3JvdW5kOiNkMzhhMDM7cGFkZGluZzozMHB4fS50Yi1ncmlkLWNvbHVtbntmbGV4LXdyYXA6d3JhcH0udGItZ3JpZC1jb2x1bW4+Knt3aWR0aDoxMDAlfS50Yi1ncmlkLWNvbHVtbi50Yi1ncmlkLWFsaWduLXRvcHt3aWR0aDoxMDAlO2Rpc3BsYXk6ZmxleDthbGlnbi1jb250ZW50OmZsZXgtc3RhcnR9LnRiLWdyaWQtY29sdW1uLnRiLWdyaWQtYWxpZ24tY2VudGVye3dpZHRoOjEwMCU7ZGlzcGxheTpmbGV4O2FsaWduLWNvbnRlbnQ6Y2VudGVyfS50Yi1ncmlkLWNvbHVtbi50Yi1ncmlkLWFsaWduLWJvdHRvbXt3aWR0aDoxMDAlO2Rpc3BsYXk6ZmxleDthbGlnbi1jb250ZW50OmZsZXgtZW5kfSAudGItaW1hZ2V7cG9zaXRpb246cmVsYXRpdmU7dHJhbnNpdGlvbjp0cmFuc2Zvcm0gMC4yNXMgZWFzZX0ud3AtYmxvY2staW1hZ2UgLnRiLWltYWdlLmFsaWduY2VudGVye21hcmdpbi1sZWZ0OmF1dG87bWFyZ2luLXJpZ2h0OmF1dG99LnRiLWltYWdlIGltZ3ttYXgtd2lkdGg6MTAwJTtoZWlnaHQ6YXV0bzt3aWR0aDphdXRvO3RyYW5zaXRpb246dHJhbnNmb3JtIDAuMjVzIGVhc2V9LnRiLWltYWdlIC50Yi1pbWFnZS1jYXB0aW9uLWZpdC10by1pbWFnZXtkaXNwbGF5OnRhYmxlfS50Yi1pbWFnZSAudGItaW1hZ2UtY2FwdGlvbi1maXQtdG8taW1hZ2UgLnRiLWltYWdlLWNhcHRpb257ZGlzcGxheTp0YWJsZS1jYXB0aW9uO2NhcHRpb24tc2lkZTpib3R0b219IC53cC1ibG9jay1pbWFnZS50Yi1pbWFnZVtkYXRhLXRvb2xzZXQtYmxvY2tzLWltYWdlPSIzMmYxMDc2ODUyZWZmZWU1ZGZjMzQ1N2VmZWM1MjEzYiJdIHsgbWF4LXdpZHRoOiAxMDAlOyB9ICBAbWVkaWEgb25seSBzY3JlZW4gYW5kIChtYXgtd2lkdGg6IDc4MXB4KSB7IC50Yi1pbWFnZXtwb3NpdGlvbjpyZWxhdGl2ZTt0cmFuc2l0aW9uOnRyYW5zZm9ybSAwLjI1cyBlYXNlfS53cC1ibG9jay1pbWFnZSAudGItaW1hZ2UuYWxpZ25jZW50ZXJ7bWFyZ2luLWxlZnQ6YXV0bzttYXJnaW4tcmlnaHQ6YXV0b30udGItaW1hZ2UgaW1ne21heC13aWR0aDoxMDAlO2hlaWdodDphdXRvO3dpZHRoOmF1dG87dHJhbnNpdGlvbjp0cmFuc2Zvcm0gMC4yNXMgZWFzZX0udGItaW1hZ2UgLnRiLWltYWdlLWNhcHRpb24tZml0LXRvLWltYWdle2Rpc3BsYXk6dGFibGV9LnRiLWltYWdlIC50Yi1pbWFnZS1jYXB0aW9uLWZpdC10by1pbWFnZSAudGItaW1hZ2UtY2FwdGlvbntkaXNwbGF5OnRhYmxlLWNhcHRpb247Y2FwdGlvbi1zaWRlOmJvdHRvbX0udGItZ3JpZCwudGItZ3JpZD4uYmxvY2stZWRpdG9yLWlubmVyLWJsb2Nrcz4uYmxvY2stZWRpdG9yLWJsb2NrLWxpc3RfX2xheW91dHtkaXNwbGF5OmdyaWQ7Z3JpZC1yb3ctZ2FwOjI1cHg7Z3JpZC1jb2x1bW4tZ2FwOjI1cHh9LnRiLWdyaWQtaXRlbXtiYWNrZ3JvdW5kOiNkMzhhMDM7cGFkZGluZzozMHB4fS50Yi1ncmlkLWNvbHVtbntmbGV4LXdyYXA6d3JhcH0udGItZ3JpZC1jb2x1bW4+Knt3aWR0aDoxMDAlfS50Yi1ncmlkLWNvbHVtbi50Yi1ncmlkLWFsaWduLXRvcHt3aWR0aDoxMDAlO2Rpc3BsYXk6ZmxleDthbGlnbi1jb250ZW50OmZsZXgtc3RhcnR9LnRiLWdyaWQtY29sdW1uLnRiLWdyaWQtYWxpZ24tY2VudGVye3dpZHRoOjEwMCU7ZGlzcGxheTpmbGV4O2FsaWduLWNvbnRlbnQ6Y2VudGVyfS50Yi1ncmlkLWNvbHVtbi50Yi1ncmlkLWFsaWduLWJvdHRvbXt3aWR0aDoxMDAlO2Rpc3BsYXk6ZmxleDthbGlnbi1jb250ZW50OmZsZXgtZW5kfSAudGItaW1hZ2V7cG9zaXRpb246cmVsYXRpdmU7dHJhbnNpdGlvbjp0cmFuc2Zvcm0gMC4yNXMgZWFzZX0ud3AtYmxvY2staW1hZ2UgLnRiLWltYWdlLmFsaWduY2VudGVye21hcmdpbi1sZWZ0OmF1dG87bWFyZ2luLXJpZ2h0OmF1dG99LnRiLWltYWdlIGltZ3ttYXgtd2lkdGg6MTAwJTtoZWlnaHQ6YXV0bzt3aWR0aDphdXRvO3RyYW5zaXRpb246dHJhbnNmb3JtIDAuMjVzIGVhc2V9LnRiLWltYWdlIC50Yi1pbWFnZS1jYXB0aW9uLWZpdC10by1pbWFnZXtkaXNwbGF5OnRhYmxlfS50Yi1pbWFnZSAudGItaW1hZ2UtY2FwdGlvbi1maXQtdG8taW1hZ2UgLnRiLWltYWdlLWNhcHRpb257ZGlzcGxheTp0YWJsZS1jYXB0aW9uO2NhcHRpb24tc2lkZTpib3R0b219ICB9IEBtZWRpYSBvbmx5IHNjcmVlbiBhbmQgKG1heC13aWR0aDogNTk5cHgpIHsgLnRiLWltYWdle3Bvc2l0aW9uOnJlbGF0aXZlO3RyYW5zaXRpb246dHJhbnNmb3JtIDAuMjVzIGVhc2V9LndwLWJsb2NrLWltYWdlIC50Yi1pbWFnZS5hbGlnbmNlbnRlcnttYXJnaW4tbGVmdDphdXRvO21hcmdpbi1yaWdodDphdXRvfS50Yi1pbWFnZSBpbWd7bWF4LXdpZHRoOjEwMCU7aGVpZ2h0OmF1dG87d2lkdGg6YXV0bzt0cmFuc2l0aW9uOnRyYW5zZm9ybSAwLjI1cyBlYXNlfS50Yi1pbWFnZSAudGItaW1hZ2UtY2FwdGlvbi1maXQtdG8taW1hZ2V7ZGlzcGxheTp0YWJsZX0udGItaW1hZ2UgLnRiLWltYWdlLWNhcHRpb24tZml0LXRvLWltYWdlIC50Yi1pbWFnZS1jYXB0aW9ue2Rpc3BsYXk6dGFibGUtY2FwdGlvbjtjYXB0aW9uLXNpZGU6Ym90dG9tfS50Yi1ncmlkLC50Yi1ncmlkPi5ibG9jay1lZGl0b3ItaW5uZXItYmxvY2tzPi5ibG9jay1lZGl0b3ItYmxvY2stbGlzdF9fbGF5b3V0e2Rpc3BsYXk6Z3JpZDtncmlkLXJvdy1nYXA6MjVweDtncmlkLWNvbHVtbi1nYXA6MjVweH0udGItZ3JpZC1pdGVte2JhY2tncm91bmQ6I2QzOGEwMztwYWRkaW5nOjMwcHh9LnRiLWdyaWQtY29sdW1ue2ZsZXgtd3JhcDp3cmFwfS50Yi1ncmlkLWNvbHVtbj4qe3dpZHRoOjEwMCV9LnRiLWdyaWQtY29sdW1uLnRiLWdyaWQtYWxpZ24tdG9we3dpZHRoOjEwMCU7ZGlzcGxheTpmbGV4O2FsaWduLWNvbnRlbnQ6ZmxleC1zdGFydH0udGItZ3JpZC1jb2x1bW4udGItZ3JpZC1hbGlnbi1jZW50ZXJ7d2lkdGg6MTAwJTtkaXNwbGF5OmZsZXg7YWxpZ24tY29udGVudDpjZW50ZXJ9LnRiLWdyaWQtY29sdW1uLnRiLWdyaWQtYWxpZ24tYm90dG9te3dpZHRoOjEwMCU7ZGlzcGxheTpmbGV4O2FsaWduLWNvbnRlbnQ6ZmxleC1lbmR9IC50Yi1pbWFnZXtwb3NpdGlvbjpyZWxhdGl2ZTt0cmFuc2l0aW9uOnRyYW5zZm9ybSAwLjI1cyBlYXNlfS53cC1ibG9jay1pbWFnZSAudGItaW1hZ2UuYWxpZ25jZW50ZXJ7bWFyZ2luLWxlZnQ6YXV0bzttYXJnaW4tcmlnaHQ6YXV0b30udGItaW1hZ2UgaW1ne21heC13aWR0aDoxMDAlO2hlaWdodDphdXRvO3dpZHRoOmF1dG87dHJhbnNpdGlvbjp0cmFuc2Zvcm0gMC4yNXMgZWFzZX0udGItaW1hZ2UgLnRiLWltYWdlLWNhcHRpb24tZml0LXRvLWltYWdle2Rpc3BsYXk6dGFibGV9LnRiLWltYWdlIC50Yi1pbWFnZS1jYXB0aW9uLWZpdC10by1pbWFnZSAudGItaW1hZ2UtY2FwdGlvbntkaXNwbGF5OnRhYmxlLWNhcHRpb247Y2FwdGlvbi1zaWRlOmJvdHRvbX0gIH0g
Teo Guzu is a Master’s in Environment and Sustainability student with a focus on policy and research. Her background is in the field of Sociology and Global Development Studies where she developed an interest in how climate change disproportionately affects different communities. Her interests lie in plastics and waste management, conservation, and clean technology. In her free time, she enjoys spending time with her family/friends and her dog Charlie, reading, writing, and watching docu-series on various topics.
Alexandra Scaman