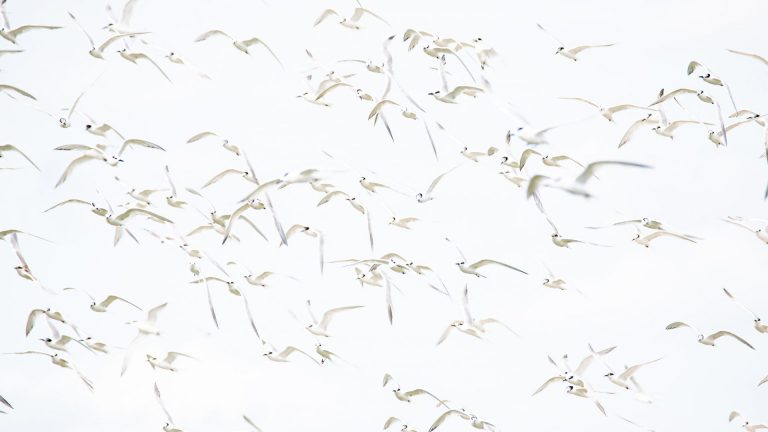 A review of the mournful and inspiring Migrations by Charlotte McConaghy

Lack of Calcium in The Water is Killing Our Coral Reefs

An article published in June of 2021 suggests that global coral reef ecosystems are decreasing in productivity due to chemical changes in marine ecosystems. It is important to note that the chemical quality this study looked at specifically about reef productivity was the amount of calcium in the water. The issue then became declining calcification in reefs—the accumulation of calcium in an organism. Long-term coral reef resilience often depends on their capability to maintain positive calcification rates. However, an analysis of global marine ecosystems shows that calcium is decreasing in oceans, thus inhibiting this in crucial coral reef areas. Moreover, current and future degradation of coral reef covers will likely intensify this problem. Specifically, coral reefs are crucial in maintaining healthy carbon levels in the water and the current decline of these reefs is causing an increase in carbonate in the ocean. The remaining reefs will have to increase the amount of their calcification to accommodate for this additional carbon; however, this will not be possible as calcium is running in short supply. This metabolic shift in coral reefs speaks volumes on how human activities, such as agricultural runoff and oil spills, have negatively affected natural systems and likely will cause permanent damage if not reduced immediately.

An Ounce of Prevention is Worth $5 Trillion Cures

The cost of inaction on climate change will cost the G7 countries twice as much as was lost to GDP due to the Covid-19 pandemic. A new study conducted by Oxfam and the Swiss Re Institute and released in April 2021 projects that the costs of climate change inaction by the G7 countries will cost them $5Trillion by 2050. According to the study, the G7 countries experienced a 4.2% contraction in GDP due to the pandemic’s impacts on economies and economic models, resulting in staggering job losses and devastation to small businesses. And the study notes that while there will be an ability to bounce back from the pandemic’s lingering (yet one-off) effects, thanks in no small part to government stimulus, the failure to address the obvious and growing impacts of climate change today will cause devastating impacts in the near-term future AND we will not have the economic bandwidth to throw more stimulus dollars at a rolling and escalating series of crisis. As the study’s title – The economics of climate change: no action not an option – suggests, the costs of doing nothing will greatly outweigh the cost of meaningful yet expensive mitigation and adaptation. “The world stands to lose close to 10% of total economic value by mid-century if climate change stays on the currently anticipated trajectory, and the Paris Agreement and 2050 net-zero emissions targets are not met.” And remember, Swiss Re is one the world’s largest reinsurance companies, a foundational pillar of our global economy by underwriting the policies of the largest insurers. If Swiss Re is telling us that we need to move from words to IMMEDIATE ACTION, we should be listening and acting.

Something is Killing
Killer Whales

New research from McGill University, published in May 2021, suggests that some Icelandic killer whales have very high concentrations of PCBs (polychlorinated biphenyls) in their blubber. PCBs are industrial chemicals that were banned decades ago after being found to have serious health impacts on both humans and wildlife. Since they degrade incredibly slowly after being released into the environment, they still bioaccumulate in the bodies of marine mammals. The researchers collected skin and blubber biopsies from 50 orcas in Iceland and found considerable variation in the contaminant concentrations and profiles across the population. The whales that ate a mixed diet of other sea mammals, e.g. seals and fish, had concentrations of PCBs in their blubber that were up to 9 times higher on average than the whales that just stuck to a diet of mainly fish. “Killer whales are the ultimate marine predators and because they are at the top of the food web, they are among

Every year, Arctic Terns (Sterna paradisaea) complete the longest known migration of any species—between the earth’s poles, from their Arctic breeding grounds to the Antarctic and back again, an average annual journey of 88,916 kilometres (55,250 miles). In a typical arctic tern’s lifespan (which can be over 30 years), they will have travelled the equivalent of “66 times around the Earth or three round trip flights to the Moon”.

This epic journey along the earth’s curve forms the narrative arc of Charlotte McConaghy’s Migrations—a novel so devastating I almost wished I hadn’t read it. Almost, but not quite, as the story and its central character have nested themselves in my heart and mind in a deeply meaningful and inspiring way.

Set in a grim not-too-distant future in which Rachel Carson’s silent spring is not a warning parable but a haunting and dangerous reality, the novel follows protagonist and anti-hero Franny Stone, an astonishingly broken and incredibly strong woman with a steely will and remarkably high pain threshold.  She is also an extreme sleepwalker, propelled by a mysterious internal force of wildness, wandering, and endless grief.

The novel draws parallels between personal and ecological grieving, as Franny goes to extreme lengths (physically and geographically) to work through her mourning by following the Earth’s last remaining flock of arctic terns on its arduous global migration, made more treacherous and precarious by the catastrophic global decline in fish as well as the dangers of the cold Atlantic Ocean, described in biting detail by McConaghy.

The text is rich in descriptive language, vividly painting visual and sensuous experience. Several times in the novel Franny plunges into polar water at subzero temperatures:

I plunge into the fjord and—
Oh.
Out flies my soul, sucked through my pores.
The cold is familiar and savage. For a moment it grips me and forces me into a cell […]
Clarity returns with a punch to the lungs.  (8-9)

In another passage, McConaghy describes anxiety as a sensation: “Panic sets in, silver eddies over my skin as light moves upon the iridescent scales of a fish” (206). These moments remain with me almost as if I had experienced them myself.

There is a certain amount of foreshadowing in poor Franny’s lonely childhood, when her only friends are a murder of crows whom she befriends in a reciprocal relationship of gift giving. The plot of the novel proceeds to unfold a bit like a mystery, with hints and clues about darkness and tragedy in Franny’s life that ultimately lead to a devastating revelation towards the story’s end.

As I was writing this, I heard a disturbing news report about an update to the “doomsday clock”: The Bulletin of the Atomic Scientists released its 2021 Doomsday Clock Announcement on January 27, 2021, explaining its declaration of 2020 as being the closest to midnight (apocalypse) since the symbolic clock’s inception in 1947. The Bulletin’s website states:

This is your COVID wake-up call: It is 100 seconds to midnight

Human beings can manage the dangers posed by modern technology, even in times of crisis. But if humanity is to avoid an existential catastrophe—one that would dwarf anything it has yet seen—national leaders must do a far better job of countering disinformation, heeding science, and cooperating to diminish global risks.

In her explanation of this statement, Bulletin President and CEO Dr. Rachel Bronson highlighted the dangers of the erosion of science and the denial of threats posed by climate change and the coronavirus.  McConaghy’s novel offers a glimpse of a possible future resulting from inaction on the issues described by Dr. Bronson and the Bulletin. It is bleak and scary.

And yet, despite the pain and dread and ruin experienced by Franny Stone, the novel also shows us her incredible resilience, her will to survive, and the small but tenacious embers of love and hope that fuel her existence and her work to protect the world and the birds that she loves. As Judith Butler, Jacques Derrida, and others remind us, grief and love are inextricable. In “Starlings in Winter,” Mary Oliver writes:

Ah, world, what lessons you prepare for us,
even in the leafless winter,
even in the ashy city.
I am thinking now
of grief, and of getting past it;

I want to be improbable beautiful and afraid of nothing,
as though I had wings.

McConaghay has given us a protagonist who is indeed improbable, beautiful, and afraid of nothing; and in the course of the novel, Franny does seem to endure the leafless winter and find her wings. Like the arctic terns she loves, she persists on her arduous journey.

In another poem entitled “Lead,” Oliver tells “a story / to break your heart,” describing loons dying from lead poisoning. The poem ends with Oliver reiterating

I tell you this
to break your heart,
by which I mean only
that it break open and never close again
to the rest of the world.

In the end, Migrations broke my heart, but also reminded me that we can carry on, for the sake of each other and our relations and the world, in spite of—or perhaps because of—our broken hearts.

Jessica Marion Barr is an artist, educator, and mother to a young child; her work explores ecological elegies, grieving, and community engaged art practice. She teaches in the Department of Cultural Studies and the Bachelor of Arts and Science Program at Trent University, located in Nogojiwanong/Peterborough, the territory of the Michi Saagig Nishnaabeg.

(full text of poem for reference)

Here is a story

to break your heart.

the loons came to our harbor

and died, one by one,

of nothing we could see.

A friend told me

of one on the shore

that lifted its head and opened

the elegant beak and cried out

in the long, sweet savoring of its life

which, if you have heard it,

you know is a sacred thing,

and for which, if you have not heard it,

you had better hurry to where

And, believe me, tell no one

just where that is.

and iridescent and with a plan

to some hidden lake,

was dead on the shore.

I tell you this

to break your heart,

by which I mean only

that it break open and never close again

to the rest of the world.