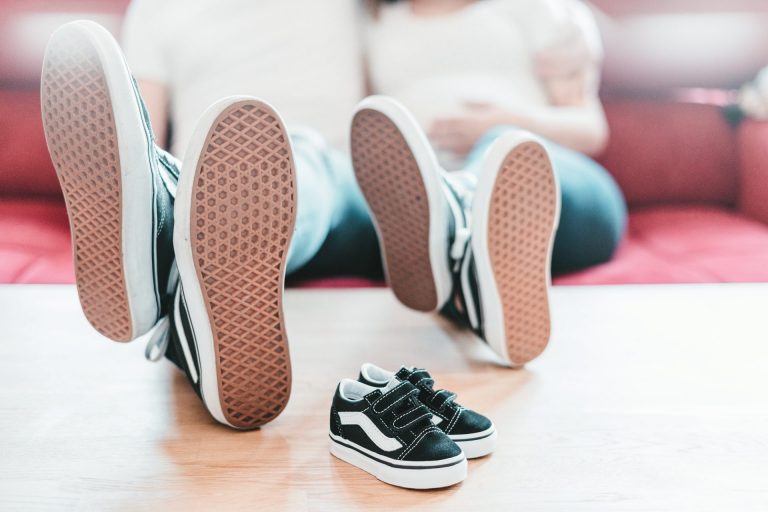 Phthalates are everywhere: are they threatening human existence?

We all have that one friend who seemingly, no matter how hard we try, can’t be convinced to care about the environment. You know the type I mean, usually those echoing sentiments of “it doesn’t even affect me” – the friends or colleagues who, no matter what, you can’t seem to convince to care as the effects of pollution and climate change don’t scare them. Well, there’s some new research that might convince your least environmental friend to go green. Pollution is shrinking our penises. Yes, read that again. Pollution is shrinking our penises! And it doesn’t stop there, fertility rates are also plummeting meaning that natural conception may be a thing of the past. Are we making ourselves a species at risk?

This news has made its way around the world quickly, with eye-catching headlines grabbing the attention of even the most environmentally apathetic readers across many news sites. This was brought to media attention by the release of a book called “Count Down” by Shanna Swan, PhD. Dr. Swan is a scientist based at the Icahn School of Medicine at Mt. Sinai, and is one of the world’s leading environmental and reproductive epidemiologists, with over two hundred scientific papers published. These penis shrinking claims are being backed by research Dr. Swan and her team have completed over the years, which link the presence of phthalates, an environmental pollutant, to decreases in penis size and fertility. The main study, which was completed by Dr. Swan and her team in 2017, found that since 1973, sperm counts have decreased by nearly 60% with sperm quality also being decreased, and damaged DNA being observed more often. Furthermore, it was suggested that in a worst-case scenario, sperm counts in males could reach 0 by 2045. That, of course, would mean no more human reproduction – are you starting to believe that we really might be a species at risk? Okay, before becoming too scared and freezing everyone’s sperm – what are phthalates, where do they come from, and seriously, how do you pronounce that word?

Phthalates (tha-leits) are a large group of man-made chemicals used to increase flexibility and soften plastics, and used as a solvent in household items. Phthalates are found in a variety of products including paints, packaging, PVC plastics, coatings on pharmaceuticals, and medical devices. Items that phthalates are commonly found around the house include shower curtains, adhesives, and food wrap films. These chemicals are also commonly found in personal care items such as perfume, soaps, shampoos, moisturizers and hair sprays. Phthalates are able to be absorbed via ingestion, inhalation and skin absorption. As you can see, it’s currently pretty hard to avoid these phthalates, which is why they have often been called the ‘everywhere chemical’ – in that case, how bad can they really be? Bad, my dear reader. The answer is, very bad.

Firstly, phthalates are known to be weak endocrine disruptors and androgen blocking chemicals. This means that when phthalates are absorbed into the body, they mimic and block female hormones, and in males, they suppress hormones related to sexual development. This suppressed sexual development then leads to the aforementioned decrease in fertility and penis size in men. Men’s fertility is affected as these chemicals decrease sperm quality and count, leading to decreased instances of pregnancy, leading to Dr. Swan stating that on average, men today have approximately half the sperm his grandfather did. Swan also stresses the importance of timing and other factors with respect to the issue of falling sperm counts, saying, “Babies are now entering the world already contaminated in chemicals from the mother’s womb”. For example, she states that if a mother smokes while pregnant with his son, his sperm count is decreased by 40%; if he is then later in life exposed to endocrine disruptors such as phthalates, there is a high likelihood his sperm counts drop so low that he is infertile.

The second issue, which was of course the real headline grabbing effect of these phthalates, and maybe why you’re still reading this article, is their effect on penis size. Dr. Swan has long theorized about the effects of these phthalates on fertility, working on a study in 2005, which linked the effects of phthalates on sexual development of males after noting the effects of these chemicals on rats. During this study, she observed what she calls “phthalate syndrome”, which includes smaller penis sizes and testicles that had not fully developed by the 12-month checkup on baby boys. It was found in 2005, and backed up by further recent research, that these phthalates are affecting penis size and development by decreasing the anogenital distance (AGD) in men. Anogenital distance is the distance from the anus to the genitals and is important as it provides an index on fetal androgen exposure and masculinization. It has been found that shortened AGD has been correlated with these decreases in penis size and fertility. As a result, increases in phthalate exposure in the womb causes these decreases in penis size and development.

Pollution impacting species fertility is nothing new. For example, Bisphenol A (BPA) is a pollutant, which has frequently been in the news due to research finding that it disrupts hormone signaling and reproductive function in many species, leading to bans of the substance being used in baby bottles. You may have also noticed many plastic bottles being marketed as “BPA Free” due to active efforts by people to avoid these chemicals. There are also many forms of pollution with environmental toxicants being just one. For example, light pollution is resulting in decreased instances of successful sea turtle nesting as females will not lay eggs in brightly illuminated areas, as well as attracting baby turtles once they have hatched. This leads to many of the hatchlings dying as they are born in unsuitable spots or are attracted to lights rather than the ocean. These effects are, however, paid more attention to, as sea turtles are a species at risk, and reactive rather than proactive measures can be now implemented. For humans, I’m not sure we will have the luxury of a reactive approach.

The scenario of infertile men with much smaller penises by 2045 may be the worst case, but what can we do to ensure we don’t end up putting ourselves on the endangered species list further in the future? Due to the ever-present nature of phthalates, it’s not that easy, however Dr. Swan had some recommendations. These include buying fresh, unprocessed food, not eating canned food unless you know how manufacturers line cans, not eating out of plastic, and eating home cooked meals as often as possible due to plastic packaging and gloves touching foods. Further suggestions include avoiding old children’s toys, scented items such as perfumes, colognes and other body sprays, and finally, checking the plastic recycling code of products – plastic recycling code 3 indicates the plastic is PVC and contains phthalates. These precautions need to be taken as despite concerns of endocrine disruption due to phthalates, countries such as Canada have refused to ban their use. This refusal can be seen as recently as 2020, where the government of Canada once again chose to not limit the uses of these substances, thus not following in the footsteps of the EU.

It’s time we stop using chemicals that have known environmental and health effects – if not to save the environment, do it to save our own future. I’d rather not watch humans become a species at risk, though I’m certain the many species we have driven to that point would.

Alex Goddard has a background in Environmental Science holding an undergraduate degree in Environmental Studies, and a master’s degree in Environment and Sustainability from Western University. Alex was born and raised in Barbados, a small island in the Caribbean, and has spent the past eight years attending school in Canada, while returning to Barbados for the summer and Christmas periods. Alex is passionate about the environment as he has been able to witness first-hand the effects of climate change on marine and tropical environments and hopes to spread awareness about these issues.