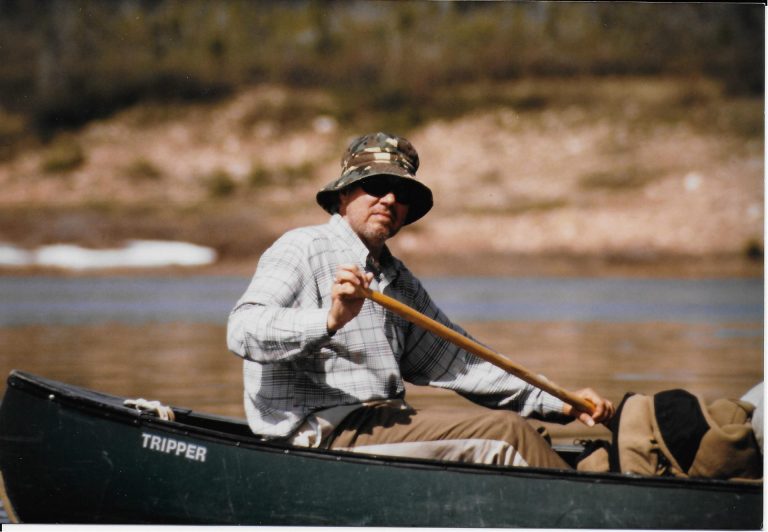 WWF-Canada President and CEO Megan Leslie talks to President Emeritus Monte Hummel about how the world of conservation has changed in Canada, and where it’s headed.

There’s no silver bullet when it comes to conservation. Protecting species and habitats involves evaluating what’s working, abandoning what isn’t, and changing course and innovating when necessary to deal with new and emerging threats.

WWF’s evolution over the last 60 years (and WWF-Canada’s work since its inception in 1967) demonstrates this clearly. Where actions once focused on conserving a single species at time, whole ecosystem approaches that safeguard more species are now being adopted, when appropriate.

And as we look toward the future of conservation, there’s increasingly more to learn. Young conservationists will have new technological tools and computer modelling to help them along, but they’ll also inherit an environment that faces increasingly complex threats.

Here, WWF-Canada President and CEO Megan Leslie talks to President Emeritus Monte Hummel about how the world of conservation has changed in Canada, and where it’s headed.

Megan Leslie: Monte, you’ve been at WWF-Canada for over 40 years. Tell us a bit about what the organization was like back then.

Monte Hummel: I joined WWF-Canada in 1978, when there were only three people in the organization. I came from Pollution Probe and I’d been an environmental activist for some time, so coming to WWF, with its scientific advisors and its corporate board, was new for both me and for them.

There are a few reasons I made the switch to WWF. The first one is obvious: I love nature. But I was also excited to come to work at a place that had a global network and dedicated funds to support conservation projects.

ML: Three people is not a lot of people. What kind of work did you focus on with such limited numbers?

MH:  We funded projects in the field based on how much funding we had at the time. We’d get a slew of applications, and we’d have to choose which research to support. It was very reactive — we would get a proposal, I would circulate it to the scientific advisory committee, we’d make priority lists and decide if the project fit our criteria. This was how my first three years at WWF-Canada went.

We focused our projects on species at risk and we funded really good fieldwork, so we got this reputation for doing good work across the country. That’s when we started dreaming big and thinking more strategically about what meaningful conservation for Canada really looked like. In 1981, I came up with a three-year regional project called Whales Beneath the Ice, then moved to a project called Wild West, which, as you can probably guess, was focused on grassland species.

This was the start of a regional approach to conservation for us. We would create these regional committees to oversee the projects and decide how to spend the funds in order to achieve the conservation goals. And we became more proactive in this way. We also were able to work collaboratively with Indigenous communities this way.

ML: Can you tell us a little more about why this approach was important?

MH: I was raised in the north, and for me, it’s instinctive to work with Indigenous Peoples. We hired them to guide us and advise us on our projects, and ensured they were on steering committees with spending power, and added Indigenous leaders to our board. I was lucky to know personally how valuable it was for us to work together.

Now, this approach is even more formally ingrained in what we do. Indigenous community members really are showstoppers in the conservation field and it’s imperative that we include them in conservation planning and implementation — our work is better for it. 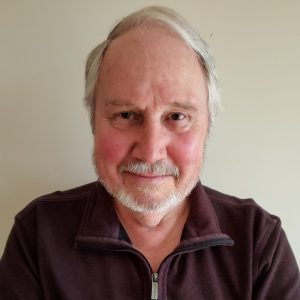 Monte Hummel moved to Whitedog Falls in northwestern Ontario as a young boy, where his father worked in a hydro camp in the bush north of Kenora. Ten years after leaving, Monte  revisited his home river to discover it had been contaminated with mercury, leaving the Ojibwe community there in social and economic despair. This personal experience led to a lifelong career of environmental advocacy.

In 1978, Monte joined WWF-Canada as executive director, later becoming president. Under his leadership, WWF helped downlist more than 30 wildlife species from the federal Species at Risk list. Through WWF’s Endangered Spaces Campaign, more than 1,000 new parks and wilderness areas were designated, doubling the amount of protected areas in Canada. In 2000, Monte became an Officer of the Order of Canada.

After 26 years as executive head of WWF-Canada, Monte became president emeritus in 2004. He is the author or editor of six books and over a hundred popular or refereed journal articles.

Monte has two adult children, Robin and Doug. When he is not on the road, at his desk, or hiking and canoeing near his cabin at Loon Lake, he lives quietly in the country with his wife, Sherry Pettigrew, near the town of Alliston, Ontario. 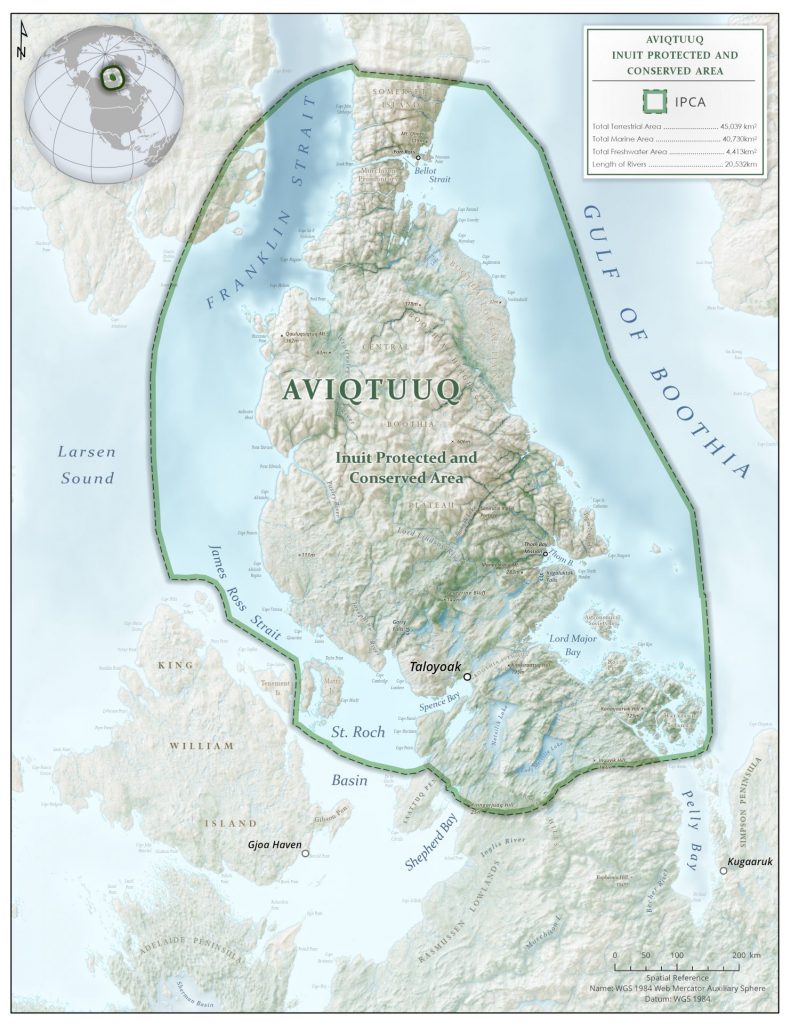 ML: It’s clear you have a lot of pride when you speak about your work with WWF-Canada. Can you tell us what you’re most proud of?

MH:  It’s hard to choose, but one of the projects that’s closest to my heart is the Endangered Spaces Campaign that we started in 1989 and which ran for 10 years. And yes, I mean endangered spaces. People often think of Canada as this vast and endless natural landscape, but the truth is that in many places, it’s fragmented because of urbanization, agriculture and other development. This campaign was meant to protect the spaces that species need to live, migrate, feed and raise their young. And it was ambitious. By the time it was over, it had literally changed the map of Canada by protecting more land than we thought was possible.

We’re still doing important work like this. For example, Tuvaijuittuq in the High Arctic —a Germany-sized section of what we’ve called the Last Ice Area — protected more area than the entire Endangered Spaces Campaign.

ML: So, where do you see conservation work going? What do we need to be doing even better, even more urgently?

MH: First thing’s first: we’ve got to be even more ambitious. When I’m dreaming up a project or learning about one for the first time, my favourite question to get from people is, “Do you really think we could do that?” That’s ambition right there. It means that maybe we bit off a bit more than we can chew. But you know what? When we do accomplish conservation goals, I love hearing, “I never thought we could do that.” We have to set out what needs to be done, and then have the confidence and ambition to do it. 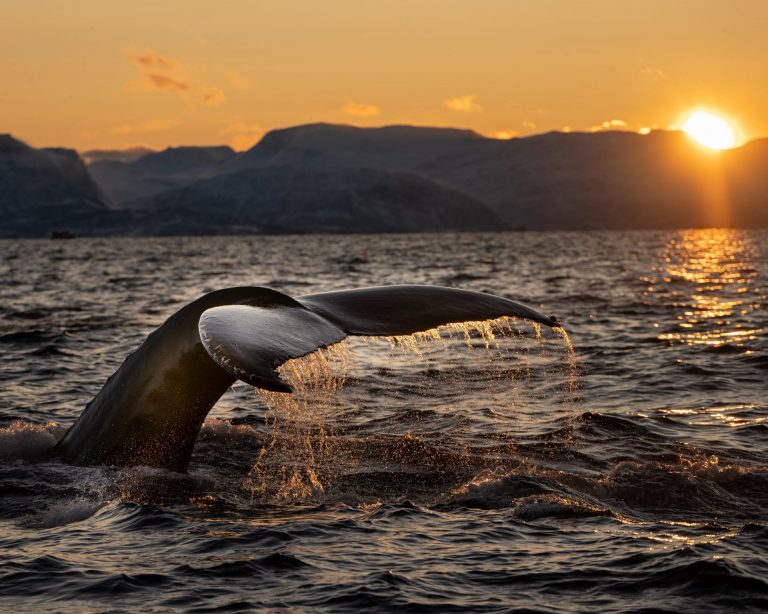 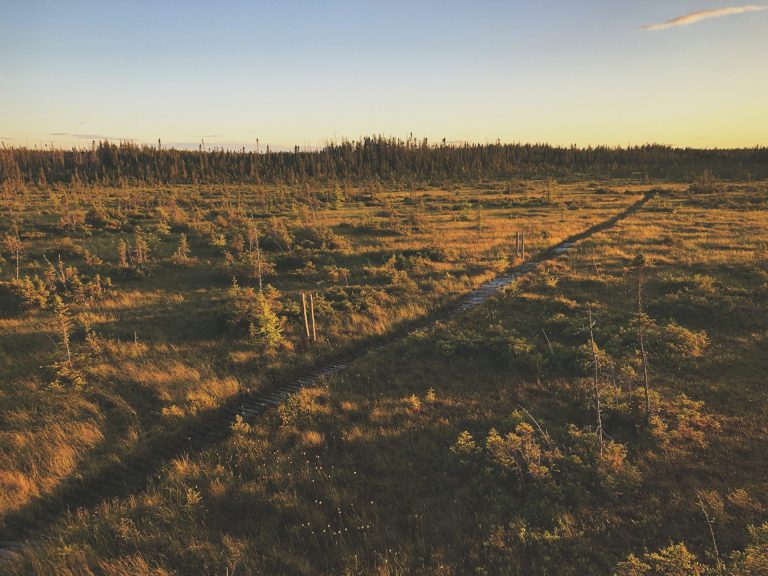 ML: Any final thoughts on the best way to work with nature?

MH:  I think the secret to being a good negotiator for nature is to be a good listener. A good negotiator has to listen carefully to understand what other people need. Why are they at the table? How can you both get what you need from this conversation? And this is hard, because when it comes to conservation — real, meaningful, effective conservation — we can’t afford to fall short and compromise. So, we need to find ways to work together, even through the tricky parts. These beneficial relationships need to be in place before we get to the tricky parts, whether that’s working with partners, government or industry.

Finally, I’m excited for a new generation of conservationists to enter the field. At times, we’ve seen the conservation world move slowly, and there’s really no more time to waste!

Editor’s note: A longer version of this conversation will be available on WWF-Canada’s upcoming podcast, Conservation Files.