3 weeks ago
When the Sky was a Different Colour
1 month ago
The WTF: The Week This Friday Vol. 62
2 months ago
Can You Hear Our Earth Dying? – Journalism and the Environmental Movement
2 months ago
A Word from Our Founder, Time Flies – A/J Pilot Issue Revisited
2 months ago
Get Your Voice Published – Call for Young Writers!

Inside Petit Palais in Paris, activists, artists, politicians, science and tech companies gathered to send a love letter from Earth to Paris. In the months before the start of COP21, Max Schorr, co-founder of GOOD, started bringing organizations, which would end up at 111, together to create a coalition to ensure leaders would take bold action at the conference and beyond.

Inside Petit Palais in Paris, activists, artists, politicians, science and tech companies gathered to send a love letter from Earth to Paris. In the months before the start of COP21, Max Schorr, co-founder of GOOD, started bringing organizations, which would end up at 111, together to create a coalition to ensure leaders would take bold action at the conference and beyond.

“We must change mentality, not climate,” said Irina Bokova, executive director of UNESCO in her keynote speech at Earth to Paris. 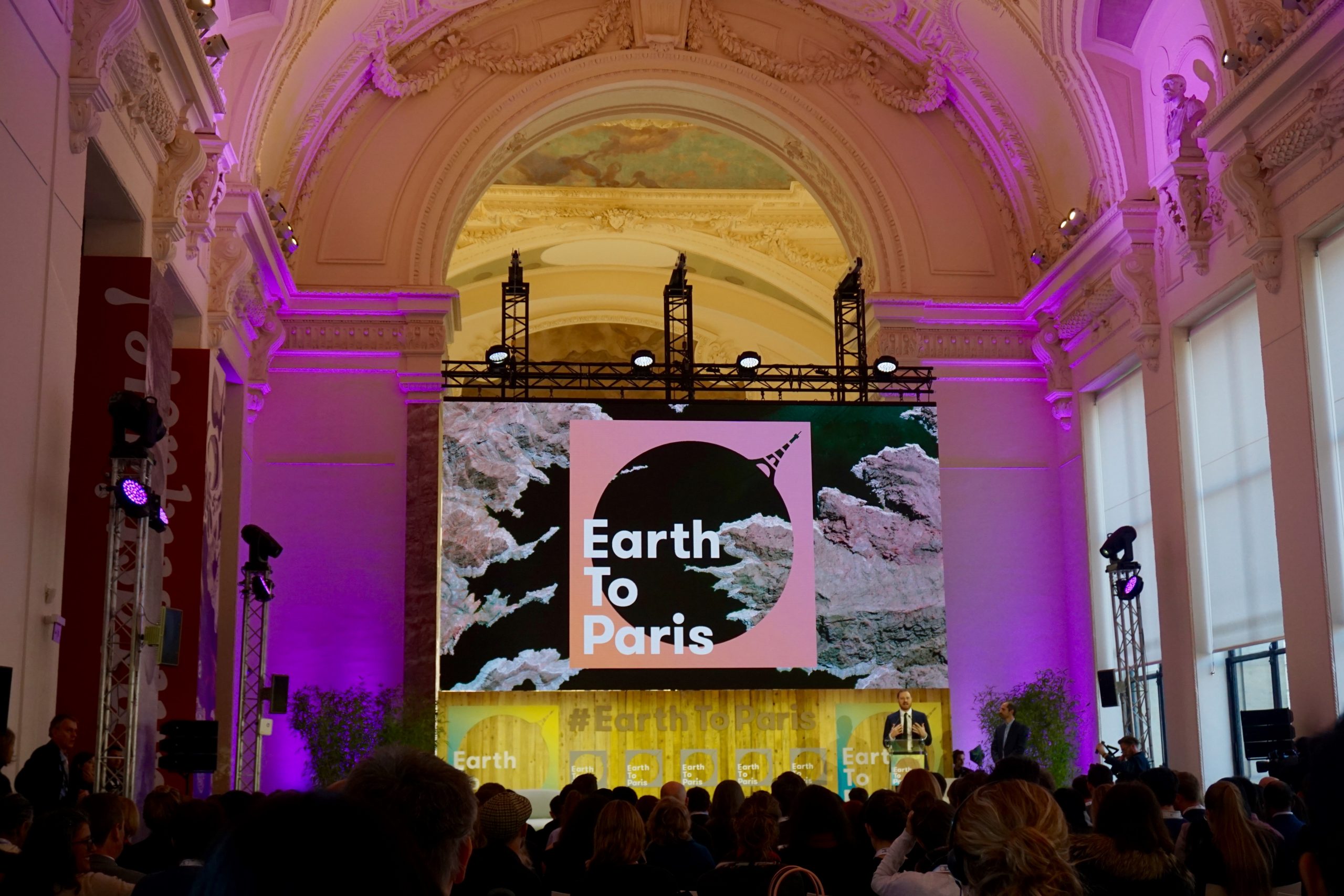 “In the past these conferences have been about politicians and governments setting targets and then going home, but Paris is different,” Steyer said of COP21. What is making the Paris climate negotiations different, Steyer says, is what is happening on the subnational level, which will influence national leaders.

Earth to Paris managed to cover a wide range of climate change issues in one day from green technology to indigenous rights, with an overall message that all of these issues are connected and all important in preventing the world from warming more than two degrees.

There are events happening across Paris in conjunction with COP21 negotiations, mostly with the theme of citizen action urging the politicians and negotiations in the closed-door meetings to listen to the people most affected by global warming.

Christine Coc of the Maya Leaders Alliance in Belize, an Equator Prize winner said implementable solutions to climate change are not with the parties, but with the people.

Coc has seen her community destroyed through large resource extraction companies manipulating and paying off indigenous people and destroying their land.

“No amount of money in this world can give us back clean water when it’s poisoned,” Coc said.

Much of Earth to Paris’ message was focused on youth mobilization. Ban Ki-Moon, UN secretary general, was interviewed by Yugratna Srivastava, the youngest person ever to address the UN general assembly.

“Let us not be remembered as a generation of the biggest oil burners but the generation that solved the recent biggest challenge in the human history climate crisis,” Srivastava said.

Now in the second week of COP21, global governments have just days left to negotiate an agreement that will ensure each country does it part to prevent the world from warming more than two degrees. 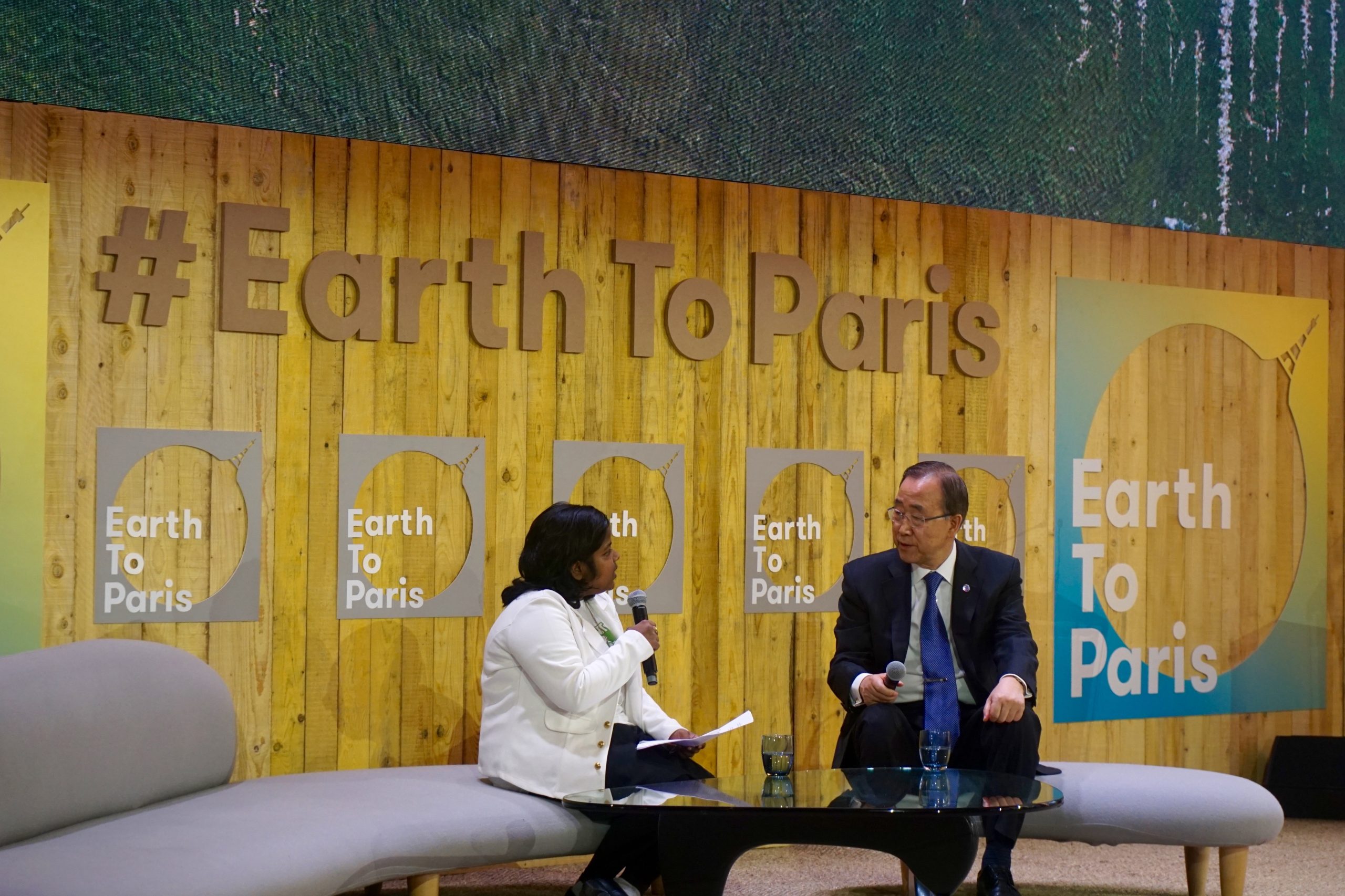 Ki-Moon said there are four key elements to a making the agreement successful. The Paris agreement needs to have a long-term ambitious vision to prevent warming. It needs to be flexible so it can adapt based on a country’s socio-economic changes. There needs to be solidarity between all countries, meaning that finance and green technology are providing to the developing nations on the frontline of climate change. Currently the UNFCCC is trying to raise $100-billion a year until 2020 (UN Green Fund) through contributions for wealthier countries. Lastly, the agreement needs to be credible and implemented with a five-year review process and transparency in monitoring and reporting global progress.

Earth to Paris was live streamed around the world and attended by hundreds of people in Paris. Wactch the video letter to Paris here.

Megan is A\J’s editorial manager, a lover of journalism, and graduate of the University of Waterloo’s Faculty of Environment.