Last month in Goderich, Ontario, hundreds of protestors demonstrated outside the local courthouse during injunction deliberations for the proposed K2 Wind Power Project.

Last month in Goderich, Ontario, hundreds of protestors demonstrated outside the local courthouse during injunction deliberations for the proposed K2 Wind Power Project. 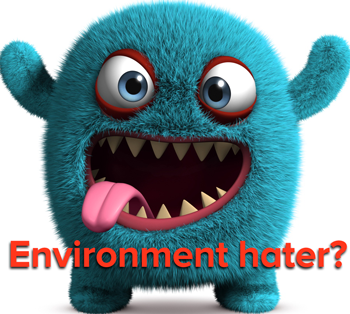 What kind of an environment-hater opposes any kind of renewable power? Are they monsters?

Dismissing wind and solar protesters as cartoon villains is a common red herring which distracts from the real origins of Ontario’s renewable energy unrest.

The truth is that this – the protests, the outrage, the declining public standing of renewable energy – is largely our own fault. We Ontario environmentalists brought this on ourselves.

Not all at once. Not even over a few months or years. But slowly, inexorably, the actions and inactions of the environmental community have brought on a now-forcible backlash.

Groups like Wind Concerns Ontario are running popular and effective resolution campaigns across the province, scooping up supporters from the crowds of people who are frightened and angry about renewables.

Meanwhile, the green energy community has been largely unable to gather its supporters into equivalent numbers. And even where blocks of wind and solar supporters have been identified, there is no single policy request around which that support can be leveraged. Every group has a different idea about where renewable energy needs to go.

Five years ago, that wasn’t the case.

On May 14, 2009, the Ontario Provincial Government passed the Green Energy Act (GEA), implementing the Feed-In-Tariff system that put Ontario on the leading edge of green energy in North America. It was the high-water mark for local environmentalists, whose years of collaborative work behind the scenes had finally paid off in spectacular fashion.

But the GEA also sowed the seeds of what may well turn out to be the cause of its own demise. It gave the green energy industry unprecedented license to install wind, solar or biogas systems wherever their hearts desired, without any say from host municipalities.

Many pleaded with the Minister of Energy and Infrastructure at the time, George Smitherman, to include funding for a green energy foundation to continue educating and advocating for renewable energy across the province, but their request was brushed aside.

Soon, wind and solar installations were popping up everywhere. Some of the site selection was sensible and made with public opinion in mind. Some of it was not. In many cases, community consultation and communication was almost non-existent.

Soon there were grumblings. Then rumblings. Within a few years those rumblings had coalesced into well-organized anti-renewable groups.

The pro-renewable groups, on the other hand, have not been equally well-organized in responding to the fears and concerns of Ontario communities. With minimal agreement on where renewables went wrong and insufficient traction in rural areas, there has been very little to counter the compelling rhetoric of opportunistic anti-wind and solar organizations. While the GEA brought environmental groups and industry leaders together in an unprecedented display of cooperation, there has since been no single issue or rallying point around which those groups can come together again.

Despite valiant efforts by renewable energy umbrella organizations like OSEA and CanWEA, a lack of internal cohesion and compelling narratives has slowed public mobilization in the pro-renewable corner. Fear and anger are strong emotions that get people off the couch and onto the street. The absence of a wind turbine, however, is not particularly fear-inducing. Consequently, environmental groups have been fighting an uphill mobilization battle.

The euphoria of the GEA now a distant memory, the Liberal government faces attacks on all sides over its renewable energy policies. After years of allowing resentment to build, the environmental community is now in a difficult situation where the government won’t implement more policy changes without a demonstrated shift in public opinion.

There may be nothing left to do but to attempt what should have been done properly in the first place: painstaking education, advocacy and outreach work in every community across the province.

Over the course of their efforts, renewable energy stakeholder organizations should not be surprised if they run into a monster or two of their own creation. A word of advice: treat them with understanding.

RELATED: Read more from Stu on the battle over wind power in Not in My Backyard, Killer Turbines?, Gorillas and Windmills and The Nocebo Effect: Are Wind Turbine Health Problems Real?