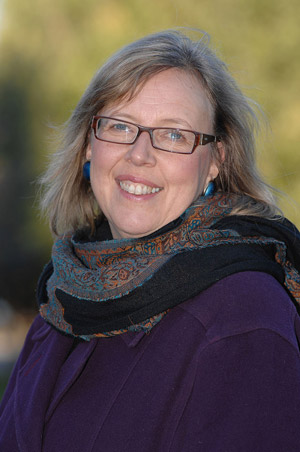 Elizabeth May \ Green Party of Canada

Elizabeth May \ Green Party of Canada
via Wikimedia CC-BY-SA 2.5

The success rate of private member’s bills in the federal parliament is abysmal. In the 100-plus years since 1910, Ottawa has passed just 271 of them. For comparison, more than 1,600 PMB’s were tabled between 1997 and 2015, and the rate at which they’re being drawn up is on the rise.

It’s not unusual for entire sessions of parliament to hum along without the passage of a single PMB. And when an errant private member’s bill does become law, more often than not the content of the bill is symbolic, proclaiming National Philanthropy Day (November 15th, for those of you wondering) or amending the Importation of Intoxicating Liquors Act to allow for individuals to bring a bottle of wine into the country for their own personal use. Huzzah.

To be fair, private member’s bills can tackle serious issues, such as 2012’s Bill C-300 from Tory MP Harold Albrecht. This bill compelled the government to create a national suicide prevention framework in accordance with the provinces.

Still, it’s a paltry 1.3 per cent of private member’s bills that receive Royal Assent. Put one forward as a backbench or opposition MP, especially in a majority government such as we currently have, and a cynic isn’t far off the mark in thinking the savvy politician behind the PMB is likely just looking to draw media attention to a cause near and/or dear to their heart.

Bear all that in mind. Now consider this:

“In a democracy, evidence based decision-making is critical. That evidence often comes from scientific research untrammelled and uncontrolled by political, ideological agendas.”

That’s Green Party of Canada leader Elizabeth May. Over the past four years of Conservative majority government, May has been on a crusade to rescue free scientific expression from what she perceives as the clutches of a restrictive, right-wing agenda that downplays the effects (or existence) of climate change, prizes industry over the environment and sweeps research unfavourable to their world view under the rug.

As the 41st Parliament of Canada came to an end this week, May introduced a private member’s bill that would, if passed, unmuzzle federally funded science and scientists.

“It’s a straightforward way to make government science accessible,” May told reporters at Parliament Hill. By making a change to the Access to Information law, May’s bill would require the government of the day to proactively publish all research undertaken with federal government funds. Not wait for an Access to Information request to come from a curious reporter, but to proactively — she even repeated this word, proactively, to make sure we understood her meaning — make the findings available to policy makers, the media and the public.

“It ensures that publicly funded government science can never be suppressed again,” she said. “It’s time to ensure scientists are unmuzzled.”

May’s bill comes in response to vocal opposition to what is seen as Prime Minister Stephen Harper’s clampdown on government scientists, removing their right to speak publicly about their research that tax dollars have paid for. In recent months, scientists and the public have taken to Twitter using the hashtag #unmuzzle to shame the government into lifting a de-facto ban on government science (and scientists) going public.

As part of the scientific chill, research libraries have closed. Government research facilities like the experimental lakes area have been closed and sold off. Scientists from the Department of Fisheries and Oceans, Parks Canada and Environment Canada have either been fired or left the government service for work in the private sector or abroad. May hopes, if her bill becomes law, that the best and brightest scientists can be enticed to return to Canada and to working within the government.

May’s announcement came the same day as Pope Francis released his own discussion about the impacts of climate change, calling for a “revolution” to halt the “structurally perverse” economic system whereby the global rich exploit the global poor. The risk, he said, is of turning the Earth into an “immense pile of filth.”

The strong speech from the Pope to do more to tackle climate change wasn’t lost on May. She sees the Pontiff’s words as a tacit endorsement of the climate science that points the finger at humans as primary drivers of warming.

“Strangely enough,” May said, “we now have a Prime Minister that is less interested in science than the Vatican.”

While it’s too late to try and pass May’s private member’s bill in this session of Parliament, the Green leader hopes that the bill can be in the next session.