One question I am frequently asked in my work at Cambridge Butterfly Conservatory is “what’s the difference between a butterfly and a moth?”

From my perspective, the most noticeable difference is that butterflies are more popular. While butterflies are celebrated symbols of freedom, peace and beauty, moths tend to be regarded as bland, pesky and creepy.

One question I am frequently asked in my work at Cambridge Butterfly Conservatory is “what’s the difference between a butterfly and a moth?”

From my perspective, the most noticeable difference is that butterflies are more popular. While butterflies are celebrated symbols of freedom, peace and beauty, moths tend to be regarded as bland, pesky and creepy.

Do moths deserve this inferior status? I don’t think so. When it comes down to it, there is actually little difference between the groups of insects we refer to as “butterflies” and “moths.” They share the same order, Lepidoptera, and many species flout the anatomical and behavioural “rules” used to separate them. For example, we tend to think of butterflies as colourful and diurnal and moths as drab and nocturnal, but several moth species, such as the “sunset moth,” are active during the day and just as striking as any butterfly.

Be that as it may, scientists and others persist in calling some Lepidopterans “butterflies” and others “moths.” If you have a specimen and you want to figure out which group it belongs to, examine the antennae: if they look fuzzy, like tiny feathers, or taper to a point, your subject is probably a moth. If they are thin and smooth, like a thread, and thicken towards the ends, it’s more likely a butterfly. 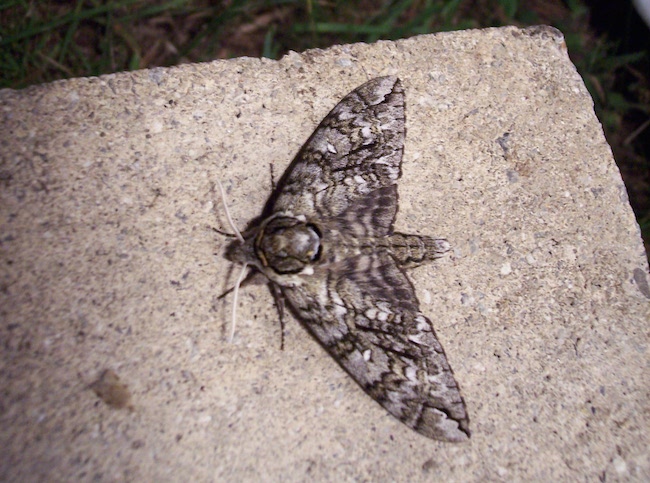 When you get to know them, moths turn out to be utterly fascinating.

Moths have a bad rap for being clothing nibblers or even sci-fi monsters. However only a tiny minority of moth species have a negative impact on humans. Most of them are helpful to us and the ecosystems they belong to. They are used as bioindicators, meaning that their numbers give scientists a measure of the health of an ecosystem. They also serve as food for nocturnal species, such as bats and screech owls and pollinate night-blooming flowers.

When you get to know them, moths turn out to be utterly fascinating. There are over 160,000 known species to get acquainted with, compared with fewer than 20,000 butterflies. Some of them, including the giant silk moths, are extremely beautiful. If you want to know what I’m talking about, check out the work of Ottawa photographer Jim des Rivieres. Moths are great for comedic value, too. Flipping through a field guide will reveal such improbable names as: the Scarce Infant, the German Cousin and the Skunk.

Attracting moths for viewing can be a fun night-time activity. There are a couple of simple ways to do it. One is to hang a white sheet between two trees and shine a lamp on it. Moths are attracted to light, as anyone who’s ever seen them flutter around a porch light will know. Black lights and mercury vapour lights work best, but unless you’re an entomologist, you might not have those on hand. I tried this method myself using a regular bedside lamp, so I can say with complete confidence that it is easy and it does work! 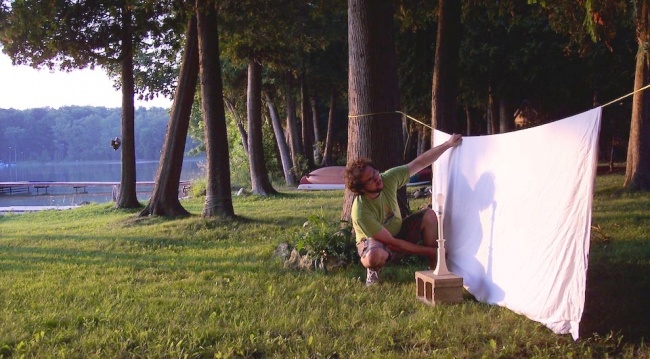 Putting the finishing touches on our moth-attracting set-up.

You can also try mixing up some moth bait (here’s a recipe) and slathering it on tree trunks. Apparently moths find the smell irresistible and will fly in for a late-night snack.

Whatever your method, moth-watching is relaxing endeavour. Once you have your equipment set up, all you have to do is sit back and wait. We set up our sheet around 8:30, started a movie, and had plenty of moths to enjoy two hours later. A couple of things to be aware of: if the weather is good for moths, chances are it’s good for mosquitoes as well and if it’s rainy or too cool, the moths will not be active. We had great results – and lots of mosquitoes – on a still night around 16 degrees Celsius.

I’ve included photos of some of the moths we saw. Most of them were less than 3 cm across, but we also attracted a sphinx moth that was about 6 cm! 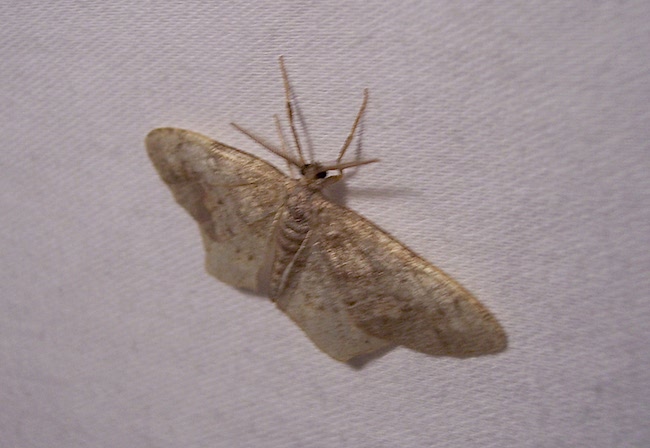 There are several online resources, such as BAMONA and the Moth Photographers Group, that you can use to identify moths. I’ve also found the Peterson Field Guide to Moths to be quite helpful. If you’d like to contribute to moth research, put on your citizen scientist hat and submit your findings to these online databases.