Fourty three is the number of Grey Crowned Cranes that died on the banks of the Luangwa River on August 16, 2015. That is the number of lost biodiversity due to a single incident, nearly 10 percent of the South Luangwa National Park’s Grey Crowned Cranes local population. That morning, as the local veterinarian and ecologist were making their rounds, they stumbled upon an entire flock of Grey Crowned Cranes, out of which 35 were already dead. The remaining eight attempted to fly away but were too weak to do so and died shortly after. The cause of death was found to be poison.

The Luangwa Valley is situated at the south end of the Great Rift Valley between the Muchinga Mountain range and an escarpment. The Luangwa River is the main river channel that flows through this valley, sustaining its rich biodiversity. The highly protected South Luangwa National Park has a vast openness and abundance of water and food make it the ideal breeding grounds for the endangered Grey Crowned Cranes, an indicator species. These natural resources support one of their biggest local employment sources, the tourism industry, followed by agriculture and cattle rearing.

Due to the presence of this critical species of cranes in the area, the International Crane Foundation (ICF) has been collaborating with the locals to protect their population. Griffin Shanungu, a Senior Wildlife Ecologist with the Zambia Wildlife Authority (ZAWA) is also the Zambia Crane and Wetland Program Manager for the ICF. He has been tasked with searching for creative solutions to conserve the Grey Crowned Cranes. 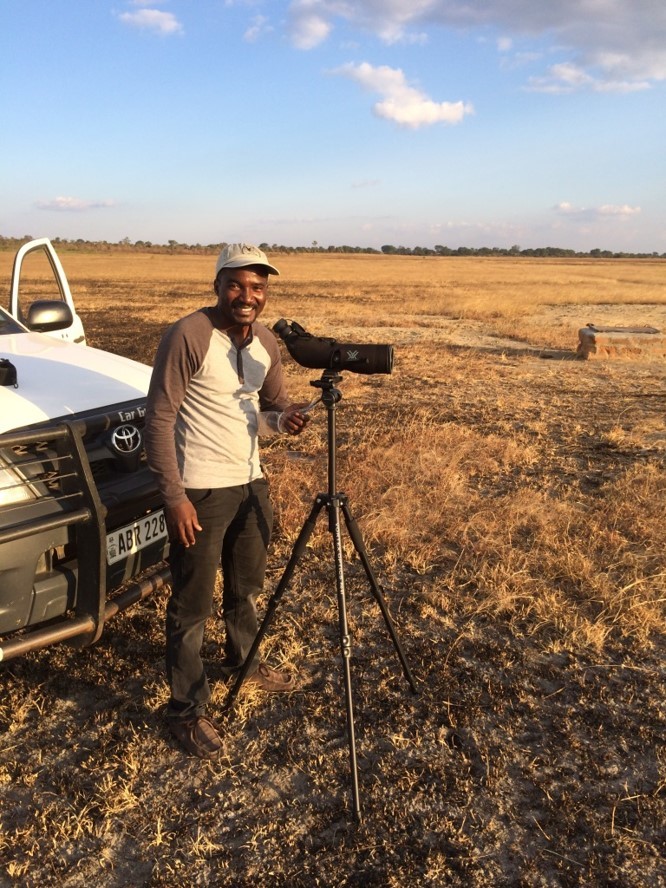 Shanungu was the first person to be contacted after the bodies of the dead cranes were discovered. In an interview with A\J, Shanungu said that they took samples from the liver, stomach contents and hearts of the dead cranes and after carefully preservation, they were sent to the University of Zambia for further analysis. The analysis ruled out infectious diseases and concluded that the cause of death was poisoning as corn pelts were found in the stomach contents of the cranes.

Shanungu said that they have not yet ruled out intentional poisoning as some poachers have been known to use poison as a method to catch small animals. Therefore they assume that the cranes could have been poisoned while accessing water or a maize field. As cranes were the only animals that were affected, Shanungu speculates that they were targeted.

The last possibility that Shanungu suspects, is that the death of the cranes were collateral damage from local occupation. He said that the cranes could have ingested pesticides used on the surrounding agricultural land causing their deaths. If this holds true, then their loss can be attributed to carelessness and the lack of awareness among the locals on pesticide use. In the past community based natural resource management organizations have included local engagement. According to Shanungu, locals care more about the resources if they feel they themselves are benefiting from them. Therefore, he suggests that this requires the ICF and ZAWA to work with the locals, to explain the significance of the grey crowned crane species, and help them understand the impact cranes have on the tourism industry.

Researchers have not been able to identify the poison used and therefore cannot determine the source and motivation for this incident. Their first priority is to identify the poison. If the incident was unintentional, their efforts will be dedicated to working with the community to ensure this does not happen again. Shanungu mentioned the need for change in local practices and envisions that radio broadcast programs to the local communities will increase awareness. He believes the first step would be instilling in the community the understanding of the “right to live” for every species and every living being that shares the land.

This incident greatly impacted the crane community. Cranes are usually found in huge flocks and in Shanungu’s experience, a flock can comprise of up to 80 percent of the local population. Therefore, a single incident like this could wipe out substantial portions of the population.

Learn more about the ICF initiatives in Sub- Saharan Africa and across the world here.