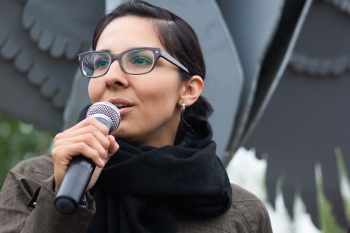 January 16, 2014 by emily Comments are Disabled

Eriel Deranger Unlike the big-name environmental heroes of the last few decades, the people inspiring Elizabeth May and Tzeporah Berman today are largely unknown and without the backing of big NGOs – much like many of the people we’ve profiled in our Heroes issue. Like David Suzuki, Elizabeth May’s environmental awakening in 1970 can […] 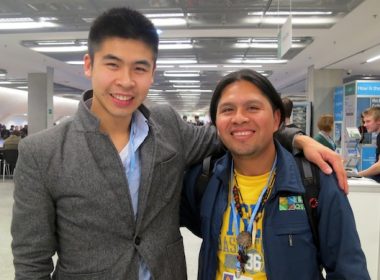 December 13, 2013 by emily Comments are Disabled

Andrew Wong with Elvin Flaco from Panama. We’re having an issue with the podcast player on both our site and Rabble. Please right-click on “download file” above to download the file to your computer or mobile device. To go with the “Heroes” theme of our latest issue of A\J, we went to […] 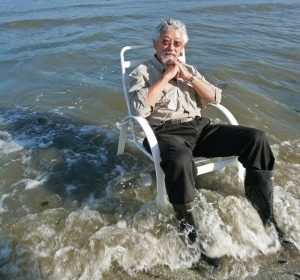 December 3, 2013 by emily Comments are Disabled

Two Suzukis in one podcast!  David Suzuki shares stories about his environmental heroes, the best way to teach children a love of nature and how Rachel Carson opened his eyes to the real world outside the science lab (2:51). Read an excerpt from the interview in Heroes of Heroes. “Before […]

October 24, 2013 by emily Comments are Disabled

How were residents impacted by the relocation (and destruction) of villages to build the St. Lawrence Seaway? Why is environmental art so important in Canada today? Will people ever care as much about bats dying off as they do about bees?  What’s the role of traditional knowledge in conservation projects […]

September 10, 2013 by emily Comments are Disabled

“Math is your friend! You should love math!” proclaims Rob Thacker in this intelligent and engaging interview with Daryn Caister. Thacker wrote about ALMA – the planet’s most powerful telescope – and the importance of the night sky for the latest issue of A\J, which is all about Night.   […]

Interview with Rob Stewart, Filmmaker and Canada’s Most Hopeful Environmentalist

Revolution, the number one Canadian documentary so far in 2013, was released on DVD this week.  A\J web editor Emily Slofstra had the chance to speak with filmmaker Rob Stewart. While Revolution had some dark moments, Stewart could probably win the award for Most Hopeful Environmentalist, which became evident very […]

In the Food & Drink podcast, you’ll learn that the Canadian government doesn’t care about organic food or healthy drinking water. Emily Slofstra interviews Taarini Chopra (3:57) about genetically modified alfalfa. If Roundup Ready alfalfa gets on the market, there will be major impacts to the food system, both economically […]

Daryn Caister of the Green Majority interviewed Giles Slade, author of Made to Break and The Big Disconnect (3:00). A\J has an excerpt of The Big Disconnect in the Art & Media issue and online, Bubble of Solitude. Daryn and Giles chat about the way our society disposes of anything we don’t like anymore, […]

April 1, 2013 by laura Comments are Disabled

In the second podcast for the Greenbelts issue, we talk to Highrise documentarian Katerina Cizek and Earth Day Canada encourages us to Act for the Planet this Earth Month. Have you ever made your own toothpaste? Have you been meaning to start eating more locally? Now’s your chance, as Earth […]