“COP21 will be good, but not good enough,” says David Miller, president and CEO of WWF-Canada with regard to energy conservation. If we are going to combat climate change, according to Miller COP21 has to end with a global agreement to phase out fossil fuels in favour of clean energy by 2050.

“COP21 will be good, but not good enough,” says David Miller, president and CEO of WWF-Canada with regard to energy conservation. If we are going to combat climate change, according to Miller COP21 has to end with a global agreement to phase out fossil fuels in favour of clean energy by 2050.

This transition is possible, according to WWF‘s The Energy Report, published in 2011. It concludes that by 2050, 100 percent of the world’s energy supply could come from renewable energy sources. This will require a rapid transition to renewable, low carbon emitting sources.

COP21 may not deliver 100 percent of the solutions, but it can serve as an opportunity to step in the right direction. “[Canada] will be encouraged by COP21. It will help set out some path that leads us towards more sustainable cities … that are better in multiple ways and not just lower environmental footprint,” said Miller. Carbon emissions predominantly come from cities and making changes to our built systems could see enormous reductions.

However, this transition has not been taking place at a desirable rate. This, Miller said, may be due to the time it takes to see the return on investments on clean energy infrastructure and current economic signals.

“All of those areas are ripe for the assistance of a non-for-profit or sometimes government regulation or incentive,” Miller said.

This government has connected positive action on the environment with jobs and prosperity.

Non-governmental organizations play a leading role in mobilizing citizens and businesses to reduce their carbon footprint. “[That] will work better if there is a facilitative public policy environment,” Miller said. At COP21, will also help draw public attention to the importance of negotiations.

One of the examples mentioned by Miller of “doing things right” was investment in an electric based transportation system rather than diesel, since one of the promises made by the federal government was massive investment in public transit. Some of his other examples included regulatory tweaks to improve energy efficiency in buildings and distributed energy powered by renewables. Distributed energy is a much smaller-scale system designed to produce and store electricity that is closer to the consumers as opposed to large-scale energy plants.

With the change in the Canadian political scene, there is hope for a cleaner future. “This government has connected positive action on the environment with jobs and prosperity,” Miller said. The myth of mutual exclusivity between environmental conservation and economic prosperity is retiring — they are in fact inextricably linked. Clean energy tools like retrofits to buildings, wind and solar energy, technologies that reduce energy consumption are huge job creators said Miller and will provide tremendous economic opportunities. “There is a big economic boost possible if we do these things right.” A boost that Canada’s manufacturing sector — which accounts for 11 percent of Canada’s GDP — needs. 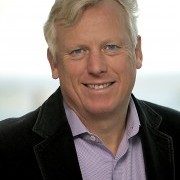 According to Miller, the biggest immediate threat to the environment from the energy sector was the expansion of the tar sands, but with the rapid expansion no longer looming over Canada’s future it, “gives us time to pause and make it a much better [energy] system- to phase out fossil fuels.”“[This will] benefit all Canadians if there is strong movement in Paris to decarbonize the economy. [Canadians] have got the chance to benefit because [they] are where the innovation and manufacturing is,” Miller said.

“Energy conservation always pays for itself,” says Miller “It always lowers people’s costs because as you reduce energy use of course you are reducing your expenditure. So what’s good for the environment is good for businesses, for people [and] organizations.”

Looking at the source of a problem always helps to find a solution and in Canada, the oil and gas sector is the largest producer of Green House Gases.  “Energy conservation is one of the areas that is critical if we are going to address climate change,” said Miller.