Read part one of Natasha Milijasevic’s series about how an environmental education creates “eco-polymaths” equipped with the skills needed for today’s economy, Creating an Artisanal Life as an Eco-Polymath.

Read part one of Natasha Milijasevic’s series about how an environmental education creates “eco-polymaths” equipped with the skills needed for today’s economy, Creating an Artisanal Life as an Eco-Polymath.

The environmental movement needs hopeful imagery and inspiration amidst the hopelessness of the facts and numbers. Creative eco-polymaths provide us with inspiration in the form of art and stories, re-building our engagement with our natural identity, inviting us to make it personal.

Writers and artists create muses for the movement.

Tanis Rideout wants to reengage us with our place in nature. A Toronto-based writer, Rideout has received numerous accolades over the past decade for her poetry and fiction. Through her work with the conservation group Lake Ontario Waterkeeper, Rideout was named the Poet Laureate of Lake Ontario in 2006.

With Waterkeeper founder Mark Mattson, musician Gord Downie, and dancer Andrea Nann, Rideout performed a series of shows along the Canadian shores of Lake Ontario, featuring stories about the lake, engaging audiences with water issues specific to their locale. “Gord would say that it takes two generations to forget about the lake,” shares Rideout. “So if you don’t swim in the lake and take your kids to swim in the lake, your grandchildren will forget that they can even swim or fish in the lake.” The experience of one’s ecological association with the lake retreats in memory, with no story to memorialize its life-sustaining importance.

Without experience and stories, there is no sense of ownership. And so begins the cycle of forgetting and detachment

A goal of the tour was to reinforce people’s relationship with the lake and heal the divide with the natural spaces they inhabit. “It’s less about people’s apathy than about their utter disconnect from any sense of ownership with the water.” Rideout urges: “It’s not the government’s water to do with what they please. It’s our water.”

Without experience and stories, there is no sense of ownership. And so begins the cycle of forgetting and detachment.

Through her commitment with Waterkeeper, Rideout found herself further drawn to writing about Lake Ontario. The result is a book of poetry, Arguments With The Lake, a powerful collection of poems fictionalizing a series of historic events on Lake Ontario. In 1954, Marilyn Bell became the first person to successfully swim across Lake Ontario at the age of 16. Rideout’s verses explore the relationship between Marilyn Bell and a rival distance swimmer, Shirley Campbell, imagining their own inner struggles, and their individual challenges in crossing the lake.

This lake, like others, was dug out. Glacial ice grinding south, scouring
weak Silurian stone, an arctic tsunami leaving only the backbone
of the escarpment. Canadian Shield and broken tumble of kames in its retreat.
The glacial rebound cast this lake of shimmering waters, Ontario, Give or take
a geologic blink. And now, a girl on Holocene shores measures the distance –
her to here.
From “Begin”, Arguments with the Lake (2013)

Storytellers have historically held a valued status in society. And stories are ever more important in the work of rebuilding citizen engagement and identity within natural environments. “Stories remind us of our special places,” says Rideout. “There’s something about marking spaces and places that makes them more important to humans. If we don’t mark places, then why should anyone care about them? Once marked, people start to want to assert ownership over the place, and fight to defend it.”

The lake’s skin smells of a father’s garage: gasoline, aftershave
and repeating Sunday leftovers. A refrain on the tongue
pasted with pablum and honey: North.

Swim north and I’ll find you. But there’s no moon, no
line where the city, meets the sky, meets the offing.
The body is an astrolabe, the pull of home in her skull.

“Narrative is tied to space,” enforces Rideout. “Once people have ascribed a value, and claimed it as their own, it’s hard to take the value, or the place, away from them.”

Society has changed so rapidly that it has lost its rooting in the foundational stories that historically sustained it. Modern mythmaking is needed to ground us, provide a framework to hang meaning onto, and compel society to function around its peoples’ collective values.

Artist Heather Gentleman – also owner of Hag Atelier in Toronto ­– knows the power of myth in engaging people in a dialogue about her work and the ecological issues that concern her most. Her Song to the Siren (2013) is a series of six paintings depicting mythically derived sirens of the Great Lakes and Lake Nipissing, and multi-media sculptures of the hands of Sedna, immortalized in Inuit legend. The series showed at the Art Gallery of Ontario (AGO) last year, as part of the Planet in Focus Environmental Film Festival. 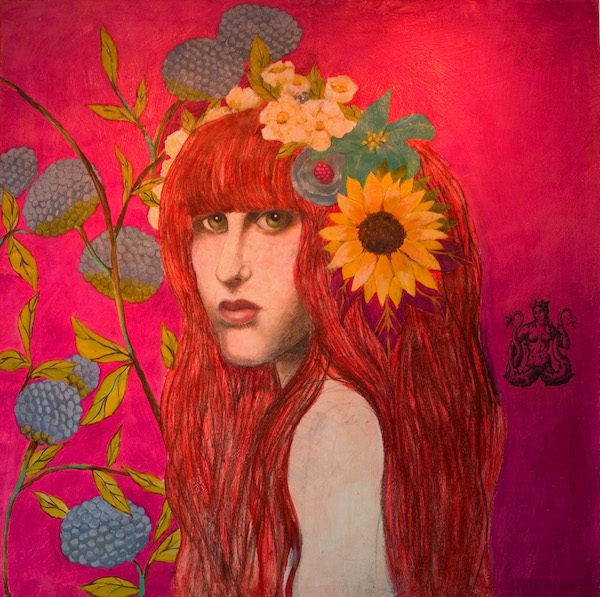 Gentleman’s Song to the Siren paintings are inspired by First Nations legends around the Great Lakes and other Canadian waters. Her myths and images are a response to the federal government’s 2012 measures to reduce habitat, navigation and contamination protections through revisions to the Fisheries Act and Navigable Waters Protection Act. “The new legislation further endangered rivers and lakes,” Gentleman states. “Since Canada has the largest freshwater source, we need to be global role models in water protection.”

First Peoples around the world have legends surrounding the waters that sustain them. Gentleman’s sculptural interpretation of the legend of Sedna speaks directly to the power of nature and the opportunity for rejuvenation. “Major bodies of water have sirens or protectors which are powerful. If you don’t respect them, you will go down with your ship,” tells Gentleman. “The historic underlying message is: respect the power of Mother Nature or you will be destroyed.” 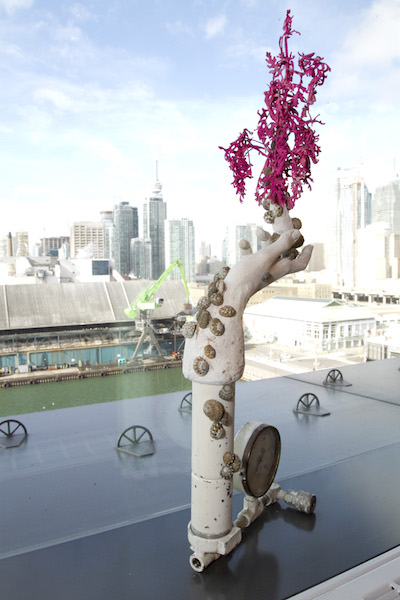 Giving the lakes their indigenous names in her art, Gentleman honours Canada’s First Nations people who set a respectful example for other Canadians to follow. “Water is the one common element that sustains all life,” Gentleman ponders. Western societies once too revered water. In pagan times, there were sacred wells, and rituals involving water; people understood the sanctity of waters through their actions and myths.

“Of anything I’ve done, the Song to the Siren has resonated the most with people,” notes Gentleman. The hope generated by our creative colleagues – and creative selves – is a nurturing foil to the dark, difficult reality understood by our analytic selves. An integrative and resilient path forward is by definition a more inclusive one. By building a holistic road we encourage others to join us on the journey. “The lakes can only be healed through changes in our intentions and actions,” notes Gentleman. “Through myths of rejuvenation, we can consider a less apocalyptic environmental future, and reimagine a positive one through our intentions.”

See The Sirens in the foyer of Toronto City Hall from November 3 – 9  as part of the Planet in Focus Environmental Film Festival.

Stay tuned for more on eco-polymaths and how scholars are solving today’s major environmental problems. You can also read Milijasevic’s full essay on the value of an environmental education in the Education issue.

Natasha Milijasevic is a Toronto-based management consultant whose practice focuses on projects, processes, data, and how organizations can measure these to improve their social impact.  Her past research and publications span group psychology to business strategy.

Wife, mother of two and occasionally exhibiting artist, Milijasevic also loves school: she has a BSc, MBA, PhD, and is going back for another one in health care analytics. Her degrees and consulting experience have taught her how to think about complex organizational and technology problems, but the perennials and butterflies in her garden help her to stop thinking about them.