On Thursday, March 13, Wild Canada – the first large-scale documentary to comprehensively showcase Canada’s varied and unique natural history, including the role of humans – premieres on the CBC.

On Thursday, March 13, Wild Canada – the first large-scale documentary to comprehensively showcase Canada’s varied and unique natural history, including the role of humans – premieres on the CBC.

From the spectacle of massive humpback whales feeding off the coast of Newfoundland to ice-covered grizzly bears living near the Arctic Circle, to pronghorn antelope — the fastest hoofed animals on earth — racing across the prairies, the scope of this television series is unequalled. The stunning visuals are matched by a dramatic narrative, which tells the story of how humans have made their mark over millennia in often surprising ways. Unlike any nature documentary series before it, Wild Canada puts people back in the picture. – CBC.ca

A\J spoke to filmmaker Jeff Turner about the making of the series and its significance for Canada. The interview continues in our June 2014 issue on environmental art & media.

Janet Kimantas: You’ve been in the business of creating award-winning nature documentaries for three decades now. It seems that each one surpasses the previous in technical wizardry and epic narrative. What is unique about this series?

Jeff Turner: This is the first time that anyone has brought the whole story of Canada’s Natural history into one comprehensive series. For years we have worked with the BBC on some of their big landmark series like Planet Earth and Frozen Planet and we wanted to take the same techniques and approach and apply it to the story of the wildlife and landscapes of Canada. Bits and pieces of Canada’s wildlife have featured in some of the other big epic series that the BBC and others have done but this is the first time that a series of this scale and scope has focused just on the country of Canada.

JK: It seems that putting humans back into the landscape as a part of it, rather than apart from it, is almost revolutionary. Why do you think this is so?

JT: Most of the time natural history films want to look at just the wildlife and natural landscapes of a country or continent. We purposely exclude anything relating to the human world from the stories and the picture as the focus is to be “pure” wildlife. In many instances I think that we miss a very important part of the story when we do this. Humans are a part of the natural world and, as the series reveals, we have played a very significant role in shaping the natural landscapes and wildlife that we see today in Canada. 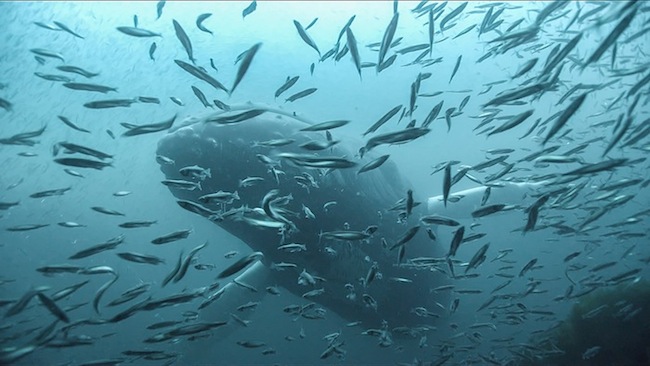 A humpback whale off the coast of Newfoundland. Photo from the CBC‘s Wild Canada on The Nature of Things.

JK: I gather that some sequences were shot at 10,000 frames per second. At one point I think the industry standard was 24 fps? When did this change? Was the Planet Earth series shot at 10,000 fps? What does that actually mean – it that what gives the incredible definition to the ice-covered grizzly’s fur in the trailer?

JT: Actually 24 fps is still the standard by which all television and feature films are shot – including Planet Earth and all the other BBC documentary series. The use of cameras that can record up to 10,000 fps is a way to slow down action that happens very fast. It’s incredible slow motion. So something that happens in the blink of an eye can be stretched out for several seconds or even longer. In this series we used those high camera speeds to record things like the great schools of capelin rolling on in waves onto the beaches of Newfoundland or to show salmon erupting from the base of waterfalls and their aerial acrobatics as they sail through the air trying to clear them. At regular speeds these things just look confusing and chaotic but slowed down by hundreds of times the beauty and grace of the action is revealed.

The incredible detail that you see on animal’s furs is actually unrelated to camera speed. It’s a function of the resolution of the camera. And this is another thing that is special about Wild Canada. It’s the first time that a 5K-resolution camera was used to film a natural history documentary series. This is the same type of camera that many top-of-the-line feature films are shot on so you can see details in the wildlife that you would never have been able to see before. 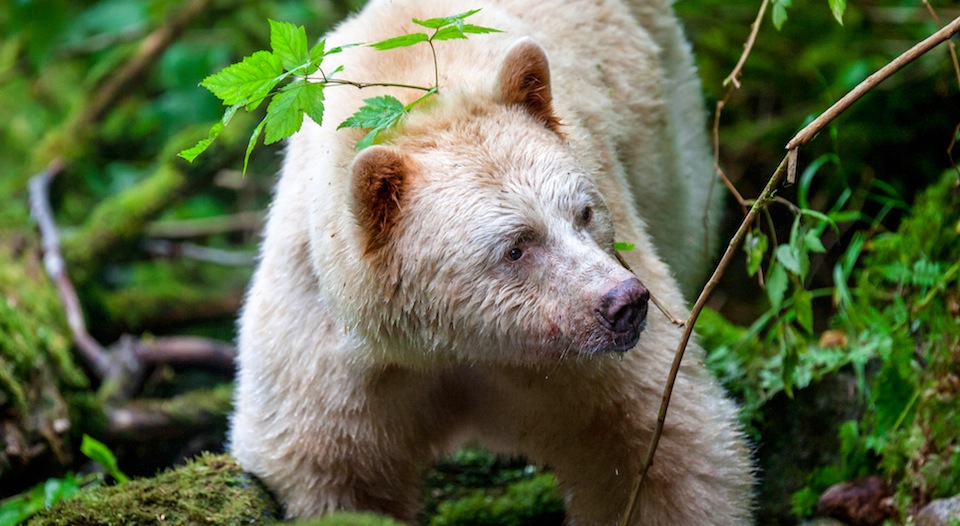 A spirit bear from BC’s coast. Photo from the CBC‘s Wild Canada on The Nature of Things.

JK: I understand that you and Sue [Turner, creative producer] and your team shot 500 hours of film to create the three-hour documentary. I’ve done some video work – that actually sounds fair. But how long did it take to get the 500 hours? You must have worked on this for years. And then after that, the editing process must have taken ages! Can you explain that process a little bit?

JK: Yes, we spent three years working on this project in total and the better part of two of those years in the field filming. There was so much to try and do and cover in this time that we had to employ multiple camera teams spread out across the country to capture it all. We worked with a lot of different types of cameras and managing all that data (because cameras are all digital these days) and keeping it organized and sorted is a huge task in and of itself. We had to have a team of edit assistants working just to keep up with all the material coming in. When the editing process began we had four different editors working for two and a half months to get each episode edited. Then it took another three months to finish the series’ sound and music and post-production.

JK: Is there anything else you’d like to say about this series for our audience ahead of its roll-out on the 13th?

JT: Just that we hope that we can show the people of Canada what a wonderful country they live in. We hope that they will be surprised and amazed at the wildlife that we have and the amazing landscapes contained within the country. We also hope the audience can realize the effect that humans have on the natural world and the importance of being aware of the choices we make and their impacts on the wildlife and natural landscapes we share this country with.

Wild Canada premieres Thursday, March 13 at 8 p.m. (8:30 NT) on CBC-TV’s The Nature of Things, with Episode 1: The Eternal Frontier. You can explore the first episode online or in the Wild Canada iOS app now.

Get more behind-the-scenes info on how the series was filmed in our June 2014 issue on environmental art & media. Subscribe now so you don’t miss it.